Claudia Schiffer: You don’t have to be called beautiful your entire life 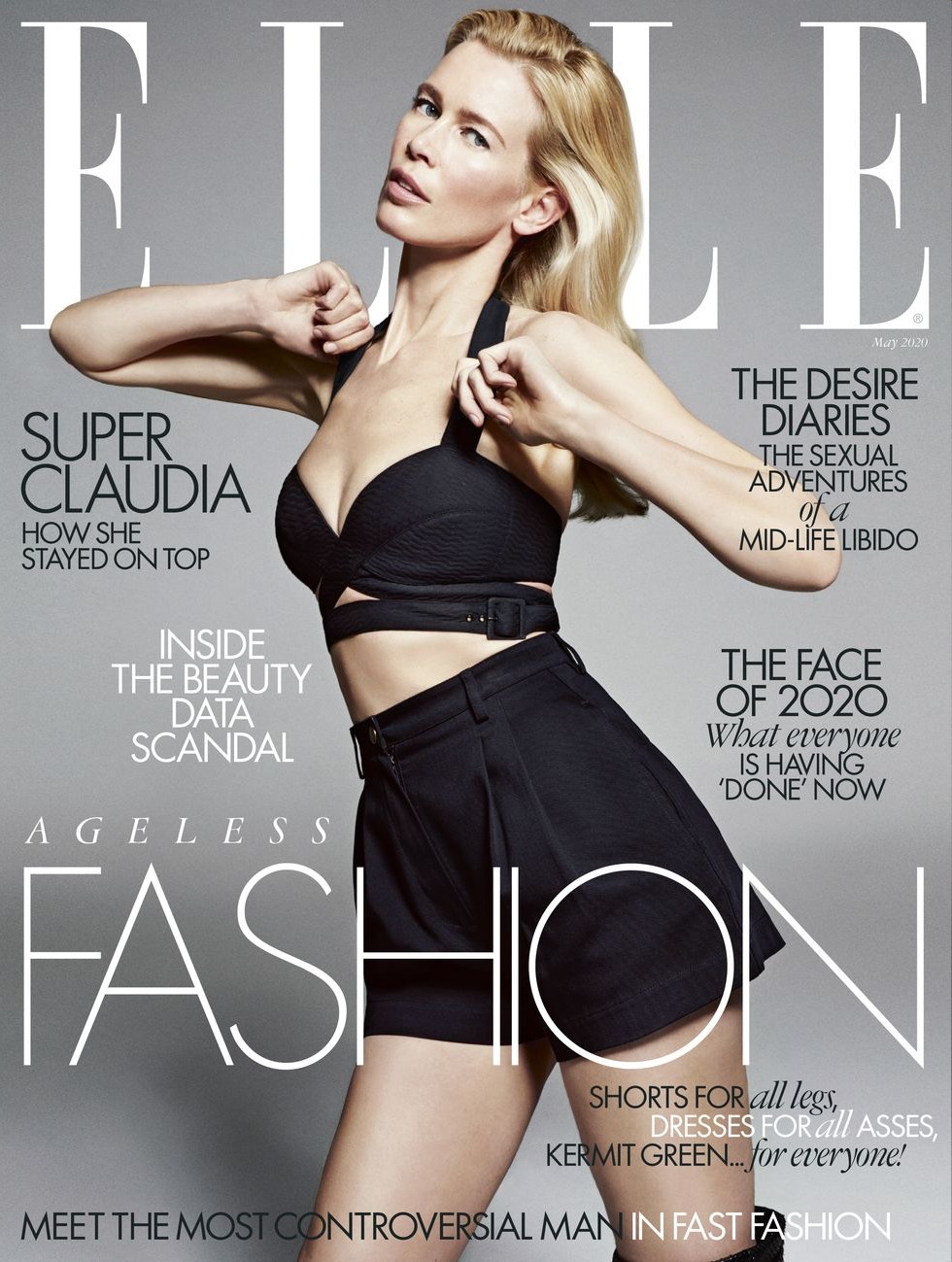 Claudia Schiffer covers the May issue of Elle UK. Honestly, this interview felt like a warm hug of nostalgia. It was just the right balance of “this woman’s current life is amazing” and “she was so f–king cool 30 years ago too.” The point of the cover story is that Claudia is turning 50 years old this summer, and that’s it. She has work to promote – a collection of sportswear with Être Cécile, a collection of ceramics with a Porteguese company – but mostly it’s just like “wow, she’s almost 50 and she still looks amazing.” Claudia lives with her husband Matthew Vaughn and their three children. They have two country homes, one in Oxfordshire and one in Suffolk. She helps Vaughn with his movies – she’s the executive producer on Rocketman and the Kingsman franchise, and she’s been more involved in his career since X-Men: First Class (if you know, you know).

Anyway, she reminisces a lot about the old days of the Supermodel Five, Linda, Christy, Cindy, Naomi and yes, Claudia. While Kate Moss came in later – and changed the supermodel game forever – I consider Kate to be sort of part of that group too, like an adopted half-sister. You can read the full Elle piece here. Some highlights:

On why she seemed more-standoff-ish than the other supers: ‘I never had that urge to be in the limelight. When I started modelling, I didn’t go to an agency saying, “I want to be a model.” And I never looked at it as, “I want to be famous,” either. So I came at the angle of, “I want to be good at it and I want to be at the top.”’

She’s given up sweets: She barely drinks, she tells me – and, despite being a sugar addict, has been sugar-free for the last few months. (Her pets, past and present, bear the names Rollo, Smartie and Milka). She’s not big on exercise, though, she says – a bit of barre here, tennis with friends, walking the dogs – she could take it or leave it.

Whether ageing gets to her: ‘I’ve had many wonderful compliments in my time. But then you get to the next stage and you move on. You don’t have to be called [beautiful] your entire life. It’s a nice memory, but then the next generation starts and you hand over. For me, it’s a natural thing to do… to hand over, to not be envious or jealous. As a matter of fact, I can’t think of anything worse right now than if you said, “There’s a magic pill and it’s going to make you look 20 again.”’

She wasn’t cold, she was just nervous: ‘In comparison to the other girls, I was very strange because I wouldn’t speak to anyone much while in the studio. Everyone would be chatting and going crazy. They probably all thought I was very arrogant… and it was seen as coldness sometimes, because people assumed “She’s not interested” or “She doesn’t want to communicate”. The nerves before a catwalk show could be intense sometimes. I enjoyed them when they were over and we were all celebrating, but before I did not enjoy it. And getting there, I literally had to convince myself to go to each one.’

People stole her underwear all the time: ‘It was insane… like being like a rock star. You couldn’t get to your car unless a path was carved for you. People would cut holes in the fashion tents and try to take pictures of us. We had security at every fashion show.’ Security was even employed to guard her underwear, she tells me, laughing. ‘When I was out on the runway I’d come back and constantly my underwear would be gone – my bra, my knickers… gone!’

She didn’t take many freebies: ‘People normally showered you with everything, really. Particularly at Chanel. Karl [Lagerfeld] would say, “Go downstairs to the boutique and take whatever you want. You can take the entire collection – whatever.” Where others may have taken advantage, I never felt I could. There’s a certain limit when someone says, “Choose what you want.” You don’t literally choose everything there is. Once Hermès offered for a handbag to be named after me and I thought, No! I don’t quite remember why now…’

On abuse in the fashion industry: ‘I have seen it and it’s not nice. I’m not talking about sexual terms, but just bullying and exercising of power that you don’t need. Or asking for things that you don’t need. I’ve seen that a lot and I’ve made a mental note that I don’t want to work with those people again. And I haven’t…. Sometimes they are not great people, but at the same time the photos are really great and sometimes you make compromises. And that’s life…’

She talks more about how she always knew she was doing a job and she wasn’t there to party, so she never did the “let’s have drinks after work” thing. Thinking back on her reputation, yeah, of course she wasn’t known that way – that was Linda and Naomi, they would party their asses off. But yeah, it’s easy to be graceful about ageing when you’re nearing 50 and you still look this great. Genetic privilege, smh. 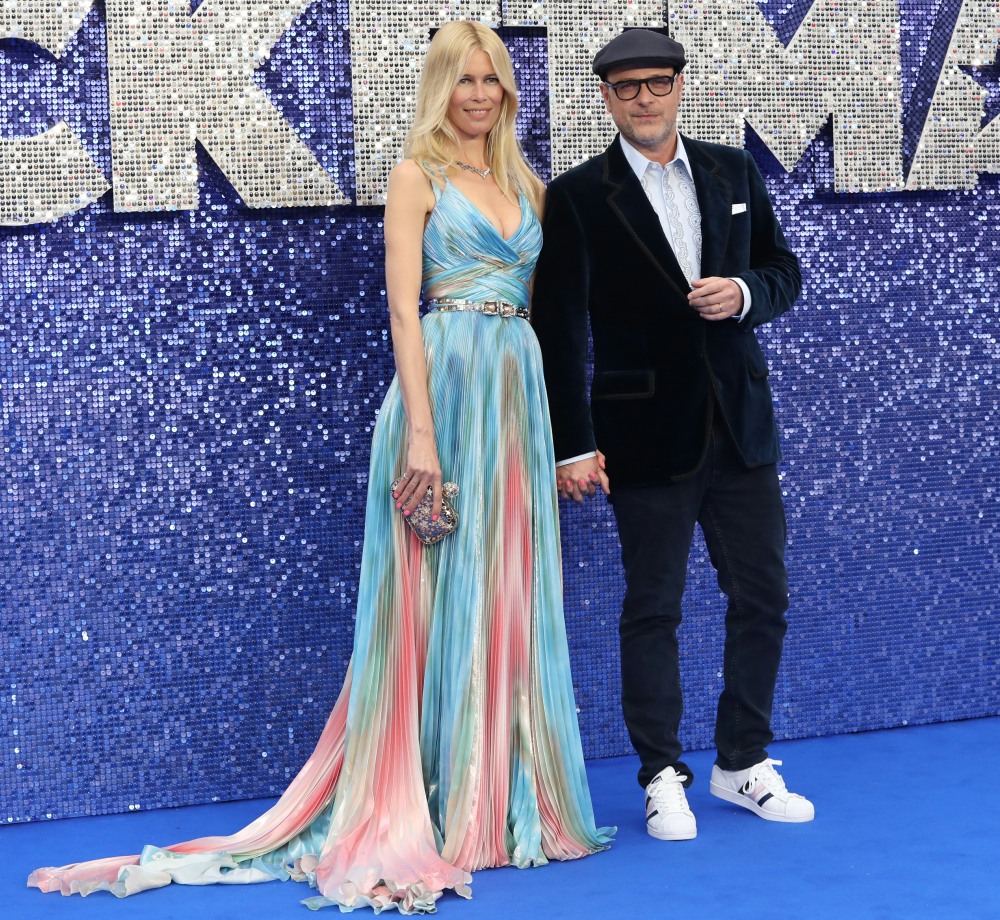 47 Responses to “Claudia Schiffer: You don’t have to be called beautiful your entire life”