Demi Lovato: ‘I wish I could say, ‘I only date attractive people.’ But I don’t’ 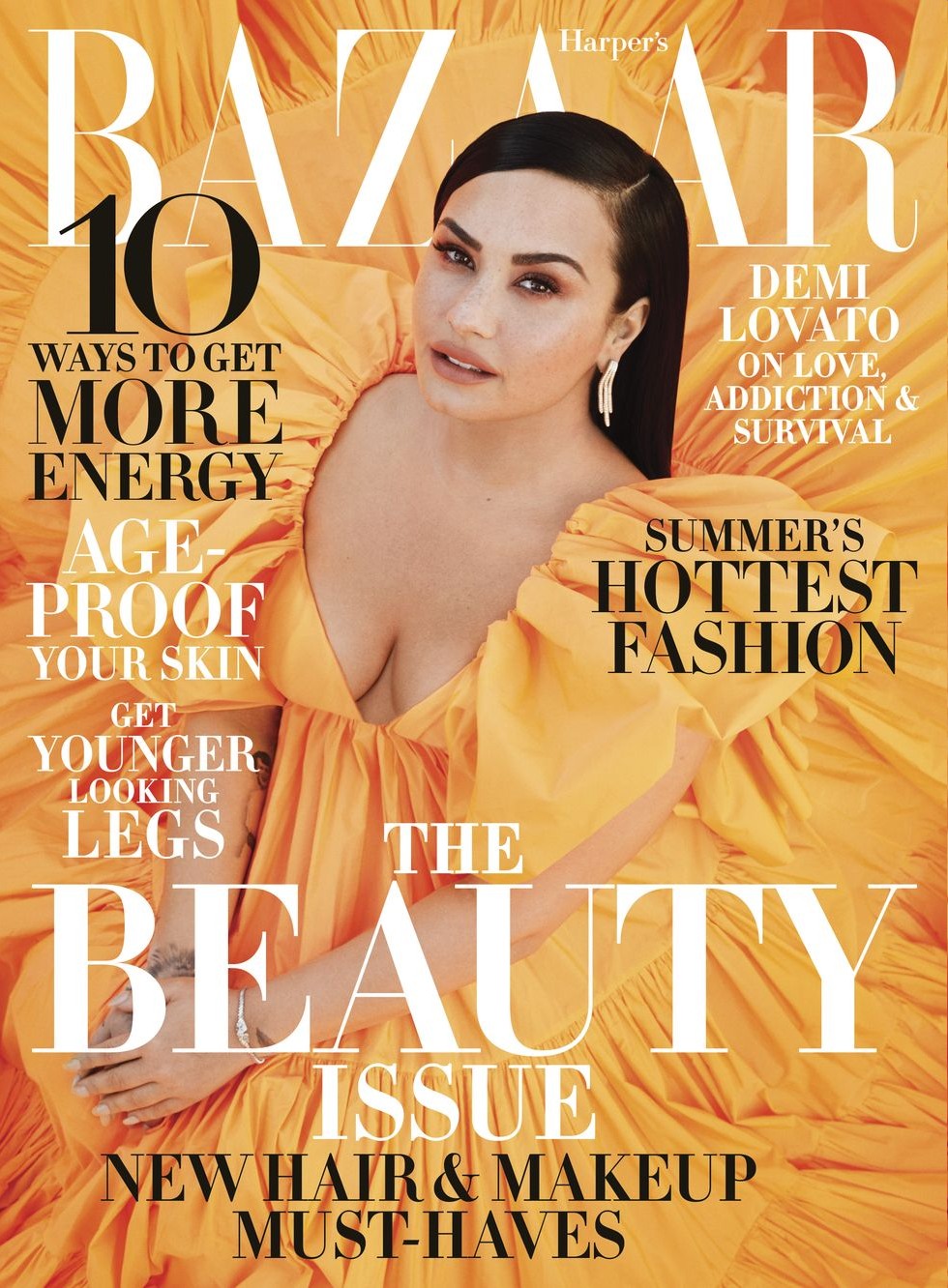 Just FYI, if you’re feeling a bit fragile and/or you want to change up your look, I cannot recommend this horrible eye makeup seen here on Demi Lovato’s Harper’s Bazaar cover. Holy yikes is that terrible makeup! It makes her look jaundiced. As with so many magazine cover stories for the May issues, the bulk of Demi’s Bazaar interview was conducted pre-lockdown, and then they just contacted her for a few updated lockdown quotes. Demi relapsed in 2018, and she spent much of 2019 doing the work to get herself clean and healthy again. She talks to Bazaar about the relapse and her mental health and a bunch of other stuff – you can read the piece here. Some highlights:

On the lockdown: “There are so many people alone with their thoughts right now. Some people are home alone or don’t have family or pets; they only have their minds and their thoughts. We have to learn to quiet our thoughts with things like meditation, checking in with friends, or finding things that will help you grow emotionally and spiritually.”

On the supportive messages she received when hospitalized in 2018: “It’s hard when you’re in a moment like that because you don’t feel worthy of it. But looking back, I understand that I was just someone going through something, and people were really supportive and were there for me, and it meant everything…It also kind of made it a little challenging because I did deal with that in the public eye—that was the way some people found out. I had relatives who got alerts on their phones. We didn’t even get to call them before they saw what happened.”

On her ex-boyfriend Wilmer Valderrama: “I’m really happy for him and I wish him nothing but the best, but we’re not in each other’s lives, haven’t spoken in a long time. But I think I needed that because I needed to learn to be okay on my own. When you get into a relationship with somebody at that young of an age and then you spend six years with somebody, you don’t really get to learn about yourself.”

On settling down with someone someday: “When I imagine my life in the future, I don’t say, ‘I’m looking for a man who I want to have two or three kids with.’ I think it could be so much fun to share children with a woman … So I don’t know what my future will look like, and I’m open to anything. People always ask me, ‘What’s your type?’ And I’m like, ‘Have you seen my history?’ There is no type. It is solely off connection. I wish I could say, ‘I only date attractive people.’ But I don’t.”

On who she still stays in touch with from her Disney days: “I talk to Miley [Cyrus]. She’s awesome, and I love her to death and always will, always have. But I think she’s kind of the only one from that era that I still stay in touch with.”

On her friendship with fellow artist Ariana Grande: “I love the fact that Ariana and I have such a supportive friendship because it’s hard to find. Two women who are in a competitive industry—the whole world seems to want to pit women against each other, so it would be so easy to do that.”

On Selena Gomez sending her a message of support at the Grammys: “When you grow up with somebody, you’re always going to have love for them. But I’m not friends with her, so it felt …” Lovato stops herself. “I will always have love for her, and I wish everybody nothing but the best.”

Was that Selena Gomez thing shady? I would actually love to have an off-the-record gossip session with Demi. I feel like she knows where the Disney bodies are buried, she’s done drugs with everybody AND she has a half-way decent read on who is fake-ass-fake. My gossip-radar pinged when she stopped herself from saying some sh-t about Selena. Also, I laughed at “I wish I could say, ‘I only date attractive people.’ But I don’t.” I’m glad she’s totally over Wilmer too, he is gross and their relationship was not great or healthy. 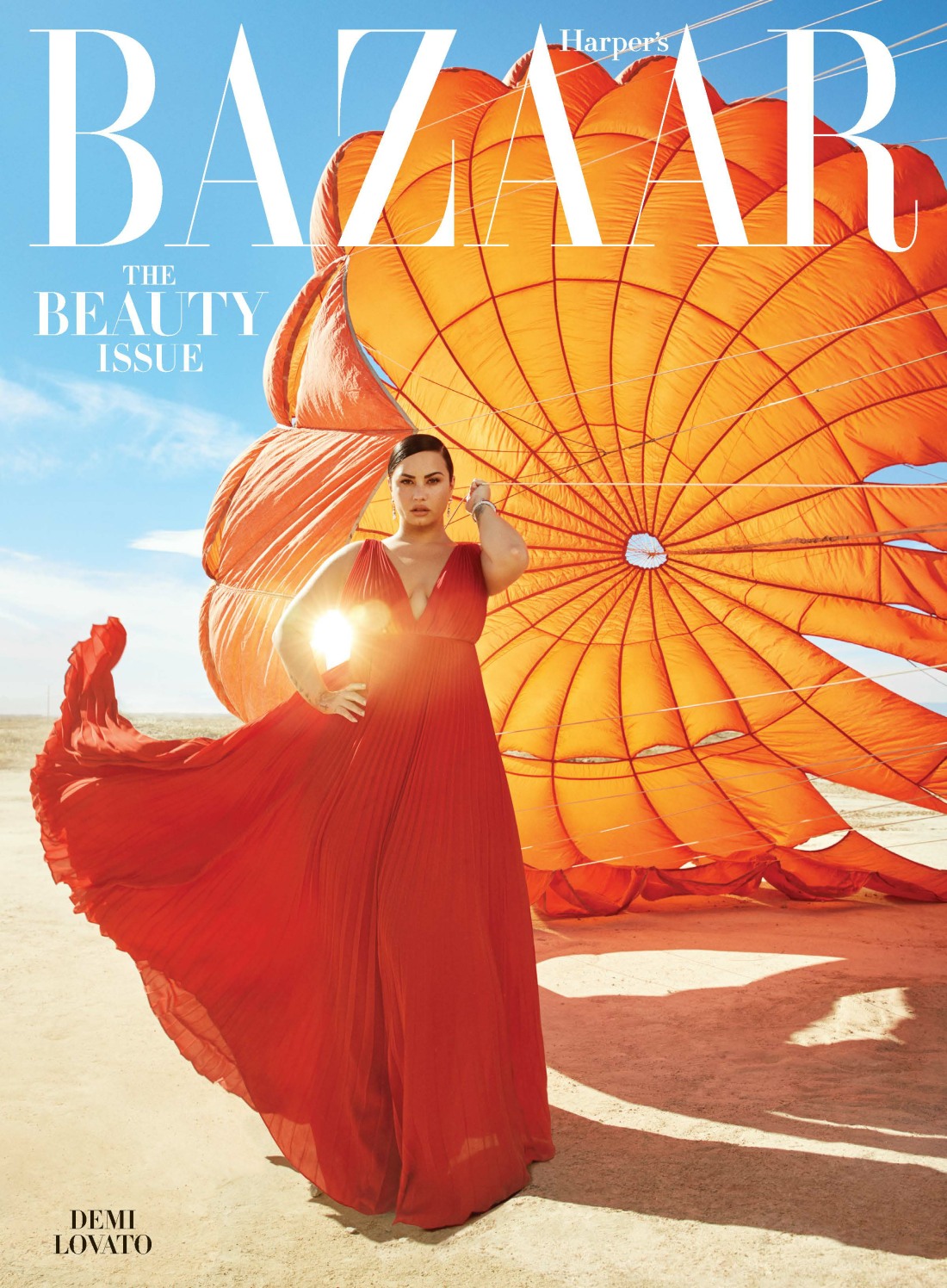 67 Responses to “Demi Lovato: ‘I wish I could say, ‘I only date attractive people.’ But I don’t’”