Maya Hawke: Generation X ‘had it so easy… having no wars & no plagues’

I’ve never really paid much attention to Maya Hawke before now. She’s the 21-year-old daughter of Ethan Hawke and Uma Thurman, and she is a striking young woman who manages to look so much like both of her parents, right? Maya covers the latest digital issue of Nylon to promote a variety of projects, including Stranger Things (the production of which shut down with the pandemic) and her first album. I actually enjoyed this interview more than I should have – I’m sure some people will say that she comes across like a tone-deaf brat, but I think she just sounds like a typical 21-year-old who is kind of funny, massively self-aware and just punch-drunk at having to quarantine with her mom and siblings (Ethan lives a short distance away too). You can read the full piece here. Some highlights:

Losing her sense of independence in the lockdown: “I feel like the last three years of my life have been a dream and I’m just a kid again with my family. I moved out and got my whole life together and became a person. And this disease is like, ‘Ha ha ha, just kidding! You’re a kid, and you live with your parents.’” She spends most of her days taking FaceTime meetings with agents and managers, reading an occasional script, helping her younger siblings with their online schoolwork, and “a significant amount of crying. It’s constant anxiety and constant nothingness.

She’s really punch-drunk in lockdown: “I’m in mourning for my life. That’s a joke. I’m fine. I’m very fortunate. But totally depressed and confused. I’m going through the five stages of grief with it. I was angry about it. I was in denial. And then I was bargaining: I’m going to fix it! And now I’m in resignation or whatever. I’m just sort of like, this is my new forever.”

On her privilege: “Oh, god, I’m well aware that every part I get is somehow influenced by the history of who I am as a person and where I come from. I’m a not-that-famous, not-that-successful young actress, but if I get cast in something, it will get PR. From a producer’s point of view, that’s a huge advantage. Which gives me a massive leg up. It was a massive leg up in getting an agent and a manager. All these sorts of extra things that people don’t think about when they think of people getting roles. My upbringing plays a part in all those interactions, all those moments, all that reasoning. I will get the opportunities I get. I will try as hard as I can to be brilliant in them. And if I suck enough, I’ll stop getting chances.”

Back in the 1990s, there were movie stars: “It just used to be more glamorous. It’s not so glamorous anymore. There’s almost no such thing as a movie star anymore. There can be an appearance of one for a second. Now there’s a bajillion actors with a following. It’s a lot more everyman.”

She hates Generation X, her parents’ generation: “I was talking to my friend the other day about this and we’re just so annoyed at our parents’ generation. They had it so easy. They were all just high and driving around in cool, gas-guzzling cars. Destroying our environment and voting for the wrong people, and having no wars and no plagues and no pandemics. We’re in our 20s, we’re supposed to be having fun, and doing drugs, and partying. But instead… We’re going to SoulCycle and trying to outlive our planet. We have a horrible president, and it’s just really irritating. They really f–ked us.”

I’d like to point out a few things! One, I do NOT associate with Gen X. I’m Xennial and yes, that’s a thing. My cultural/political reference points are not the same as most Gen Xers. And while I don’t agree with her that Gen X f–ked up everything, I do think Gen X and Xennials do have to take some ownership of how selfish we were. How blithely we went along, thinking that the world was always going to be like it was in 1996. Not so. But no, the Boomers were the ones who f–ked everything up, let’s be real. Anyway, I enjoyed Maya’s quarantine melodrama/melancholia more than I should have. She’s a funny little thing. 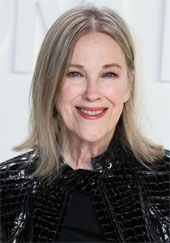 182 Responses to “Maya Hawke: Generation X ‘had it so easy… having no wars & no plagues’”

Influencers: 4yo wanted to be rehomed