Julian Fellowes on Belgravia: Tragedy is a mixture of magnificence & unhappiness 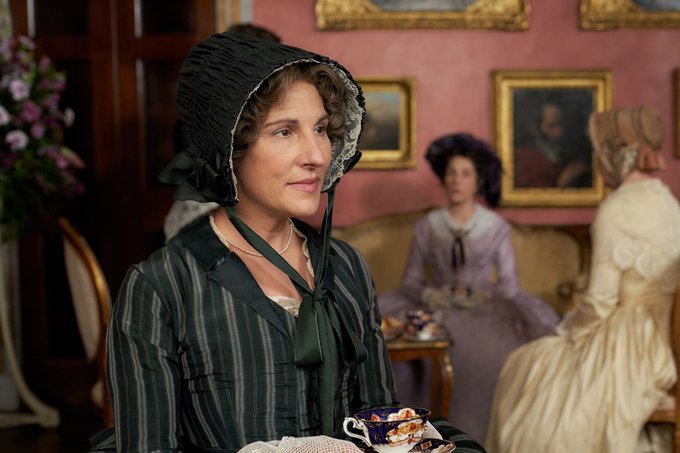 If you’re looking for a new show, I can definitely recommend Belgravia. It’s on Epix, which is offering one month free through Amazon Prime. I don’t think I signed up for Epix but I was able to watch the first two episodes free through Prime. Belgravia is a fabulous historical drama in the vein of Downton Abbey, by the creator of Downton, Julian Fellowes. It’s set in mid 19th-century London, with a focus on the aristocracy, the nouveau rich, and a family secret. It’s not what I expected from Fellowes, but it’s got that rich take-you-to-another-place feel of Downton and the plot is Dickensian. It’s based on a book by Fellowes, published in 2016, and he did an interview with Town and Country promoting it. He said it was different to self-edit his work for television, and I found his explanation of how he comes up with plotlines fascinating.

We know the real place Belgravia inspired you. Are your characters also based on history or are they entirely fictional?
It was completely made up! When I did make it up, though, I realized I needed a time jump of about 25 years. So, I thought it would be fun to start it with the Duchess of Richmond’s famous ball, which took place [in 1815] just before the Battle of Waterloo. I had always been interested in that night but became even more so when I wrote an adaptation of Vanity Fair for Reese Witherspoon, so I did even more research. It’s an iconic, tragic moment.

Tragedy is usually some kind of mixture of magnificence and unhappiness; it isn’t enough for someone to be killed in the road by a milk float, you need a queen to be decapitated in a revolution to get that kind of romantic tragedy.

And that ball always struck me as having a bit of alchemy: these young men were in their dress uniforms dancing with their fiancées and then were suddenly called to arms, so that many of them were still in those uniforms when they died. Going from that kind of great privilege to ruin is so vivid and terrible that it’s always burned an image into my brain.

The series has moments that fans of your other work will recognize. How similar is it to something like Downton Abbey for you?
I think it’s darker than Downton. The servants are working people; they’re doing their jobs because those are the jobs that were available. It’s not sentimental. In the country, people tended to work for families for many years and live in cottages on their estate, but that wasn’t true in London. The average time in 1880 for a footman to remain in a London house was 18 months. It’s a sharper world.

[From Town and Country via People]

I love that line he gave about how tragedy “is usually some kind of mixture of magnificence and unhappiness” (the whole line wouldn’t fit in our title format). That’s so true for Downton and now I want to see his 2004 movie with Reese Witherspoon, Vanity Fair. I haven’t seen that one yet and it’s on Starz. So far only the first two episodes of Belgravia have aired, but unfortunately it’s only a six episode series. It’s so good! The twists are amazing. I’m not going to give away any spoilers except to tell you to watch it. Also thanks to my friend Z for recommending it!

Meet Lady Maria Grey, she's determined to control her own destiny. #Belgravia – the new series from the creators of @DowntonAbbey premieres this Sunday at 9/8c on @EPIXHD. pic.twitter.com/bh3dxV105X 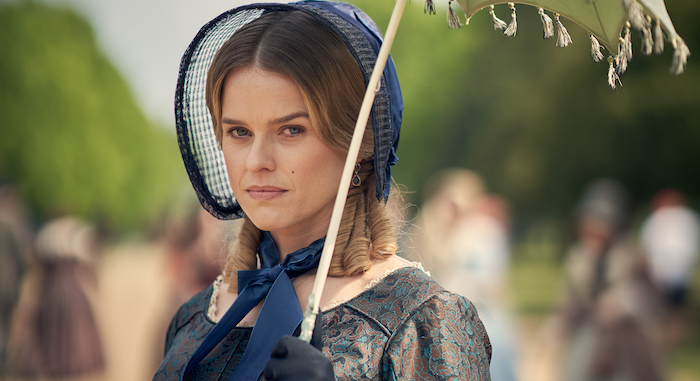 21 Responses to “Julian Fellowes on Belgravia: Tragedy is a mixture of magnificence & unhappiness”