Embed from Getty Images
Halle Berry was on The Tonight Show, which is a joy to watch lately. She is promoting her new fitness and wellness app called respin, we talked about it yesterday in the post about her at-home fitness recommendations. She gave a lot of excellent quotes to Fallon, I think people are really opening up now that we’re all stuck at home. Halle said things are going pretty well at home, but that her son, Maceo, 6, has a lot of energy and her daughter Nahla, 12, needs help with grooming.

Who are you with?
I’m quarantined with my two children, my two dogs. My daughter is fine, she hopes quarantine never ends. She’s a loner, she loves being nestled in. My son who is six is a madman right now, he’s bouncing off the wall. We almost needed a couple trips to the hospital, but I’m like ‘we ain’t going to the hospital!’

What happened with your daughter?
We are swimming every day, we are so fortunate that we do have a pool. It’s one of the only ways we get exercise. My daughter is 12 so every time I go to comb her hair she’s like ‘no don’t touch me, I can handle it.’ Two nights ago we’re doing homework together [Fallon’s youngest daughter Winnie, 6, interrupts and Halle bonds with her over their dresses] she goes ‘mom, I’m scared to tell me this. Touch the back of my head.’ All her hair, which is past her shoulders, has shrunken up into a tight ball that feels like matted fur. I can’t get my finger in it, I’m pulling it. [Conditioner didn’t work.] I had to shave it off. She was not cool with that, but it was our only option. Now she gets it. She’s bald in the back.

They talked about DNice’s club quarantine, which Halle called “amazing” and said feels real. It does! I have been watching him on TV as background. (Get the IG Stories extension for Chrome and you can cast live Instagram events.) She said it teaches her kids old school music. Halle also told a story about Pierce Brosnan doing the Heimlich on her when they filmed Die Another Day. Apparently she choked on a fig when they were filming. She’s promoting her directorial debut, Bruised, which she also stars in. She’s playing a disgraced MMA fighter. It was supposed to come out this fall. Her charity is the Janesse house, which she’s worked with for years.

As for her daughter’s hair, I remember my kid thinking he didn’t need me at that age either, but the lessons he learned were not that hard. I feel bad for Nahla! That’s got to be so hard to have to get your head shaved at that age.

Halle and her kids in August: 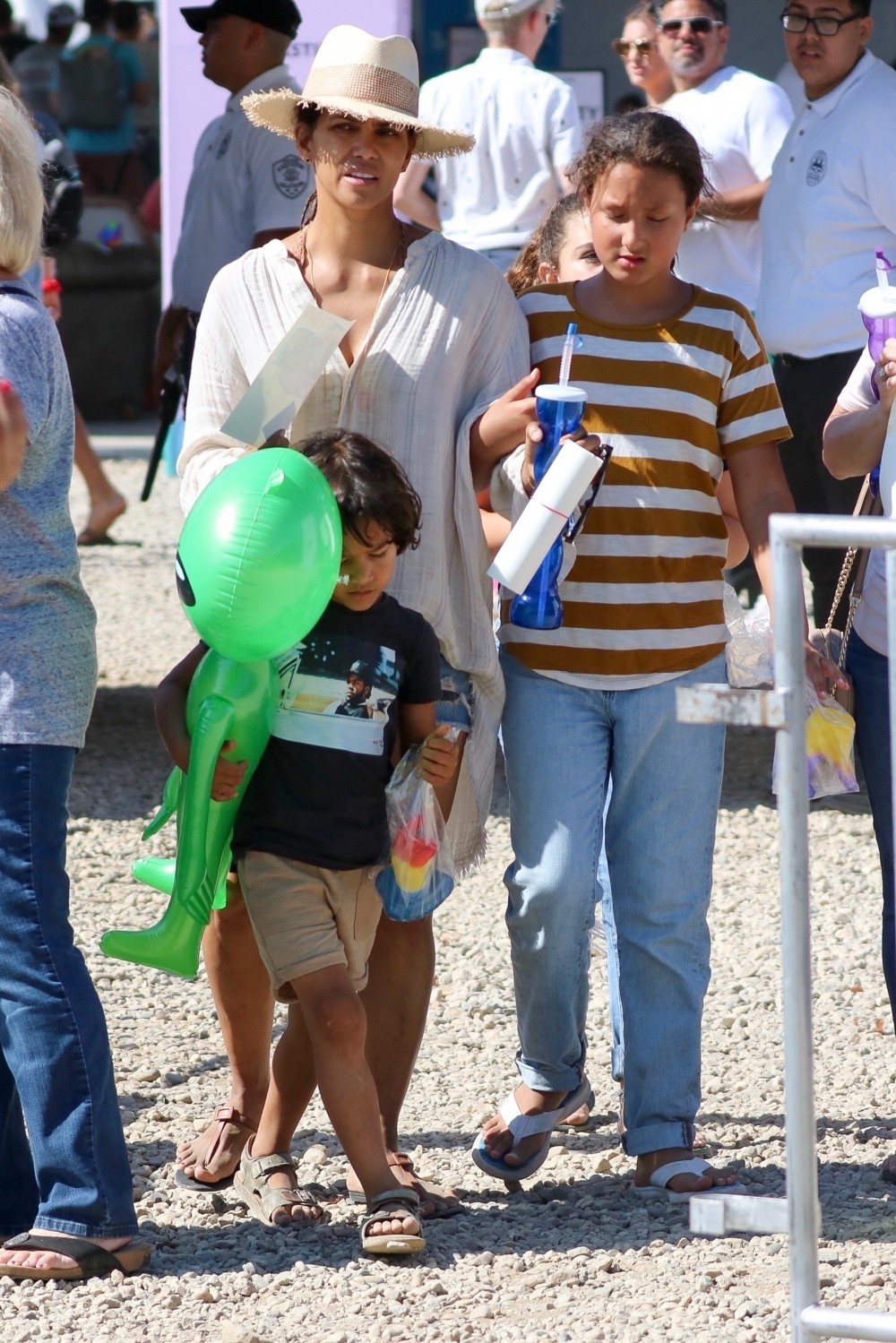