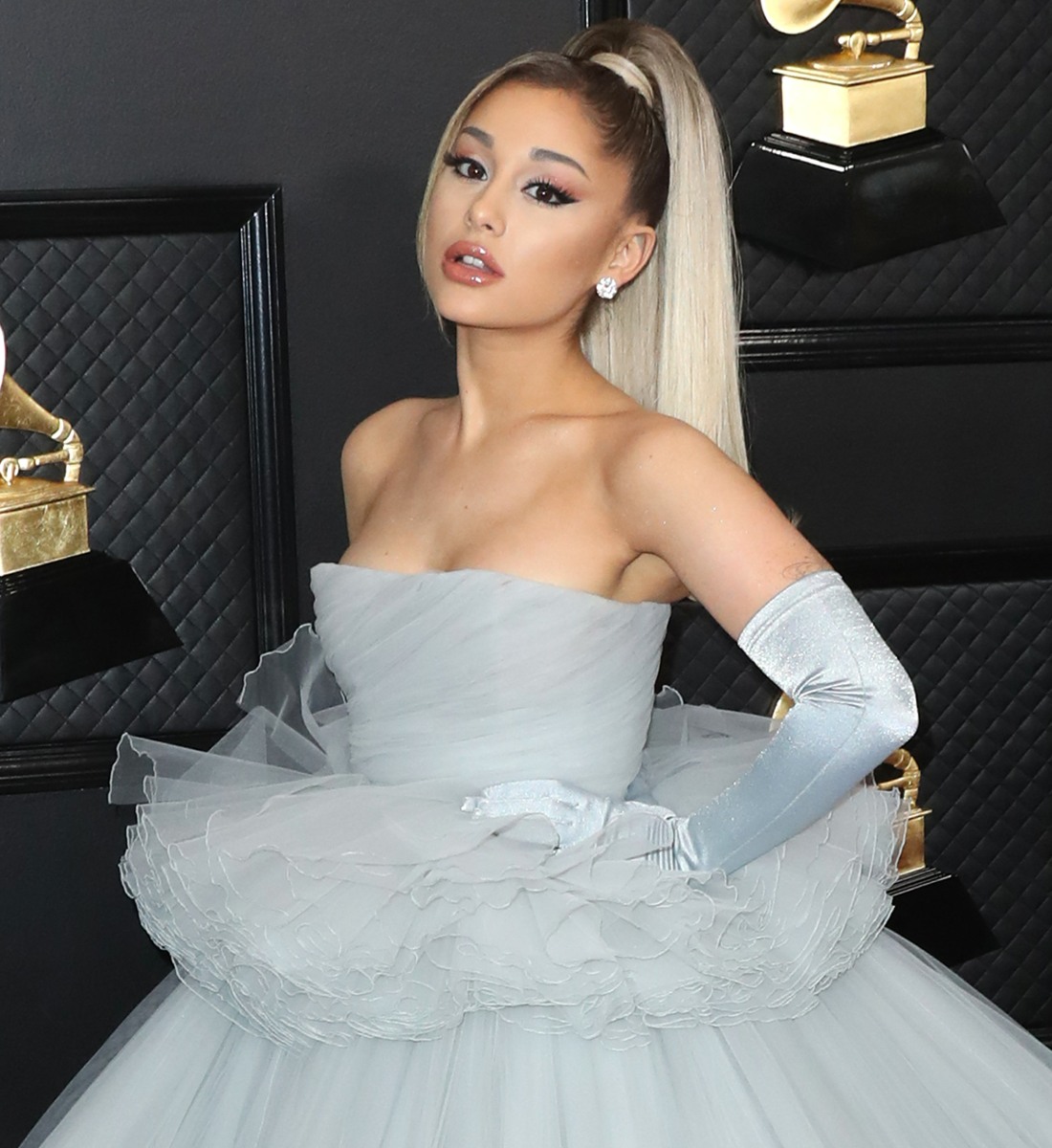 This is what we get for Quarantine Content: a pop star lowkey beefing with some fans who are “impersonating” her on Tik Tok. I mean, I guess? I’ll take it, because beggars can’t be choosers, and I also think Ariana is both right and wrong here. First things first: did you know that there are some relatively high-profile Ariana stans (Arianators) who look a lot like her and style themselves like her and make Tik Tok videos where they basically “act” like her? I didn’t know that, but I’m not surprised that those girls exist, nor am I surprised that they have some minor fame in the Tik Tok game. You can see one of them here.

So what’s the problem? Ariana has been watching her stans’ Tik Toks and she’s unamused by the impersonators. She finds them “degrading.” She said so in a now-deleted frame on Instagram Stories.

She wrote that in response to a video by Jordan Firstman who did an “impression of a meme” where “he calls out meme creators who ‘recontextualize’ and assign ‘a completely arbitrary meaning’ to a moment the original creator ‘loves so much, kind of like degrading its entire value.’” I’ll include it below so you can get the whole deal. Basically, he argued that memes are mostly awful because they’re stealing someone else’s creative endeavor and Ariana latched onto that point and said that she felt degraded when her fans dressed exactly like her and did impressions of her on Tik Tok. Which… I don’t know, is “degraded” the right word here? I’m not sure. I think it’s more “creepy” than anything else.

(It’s the third slide, but the rest of the impressions are amazing and the dish one turned me on.)

If you can believe it…. more impressions.