Scarlett Johansson: ‘Since an early age, I’ve been rejected constantly’ 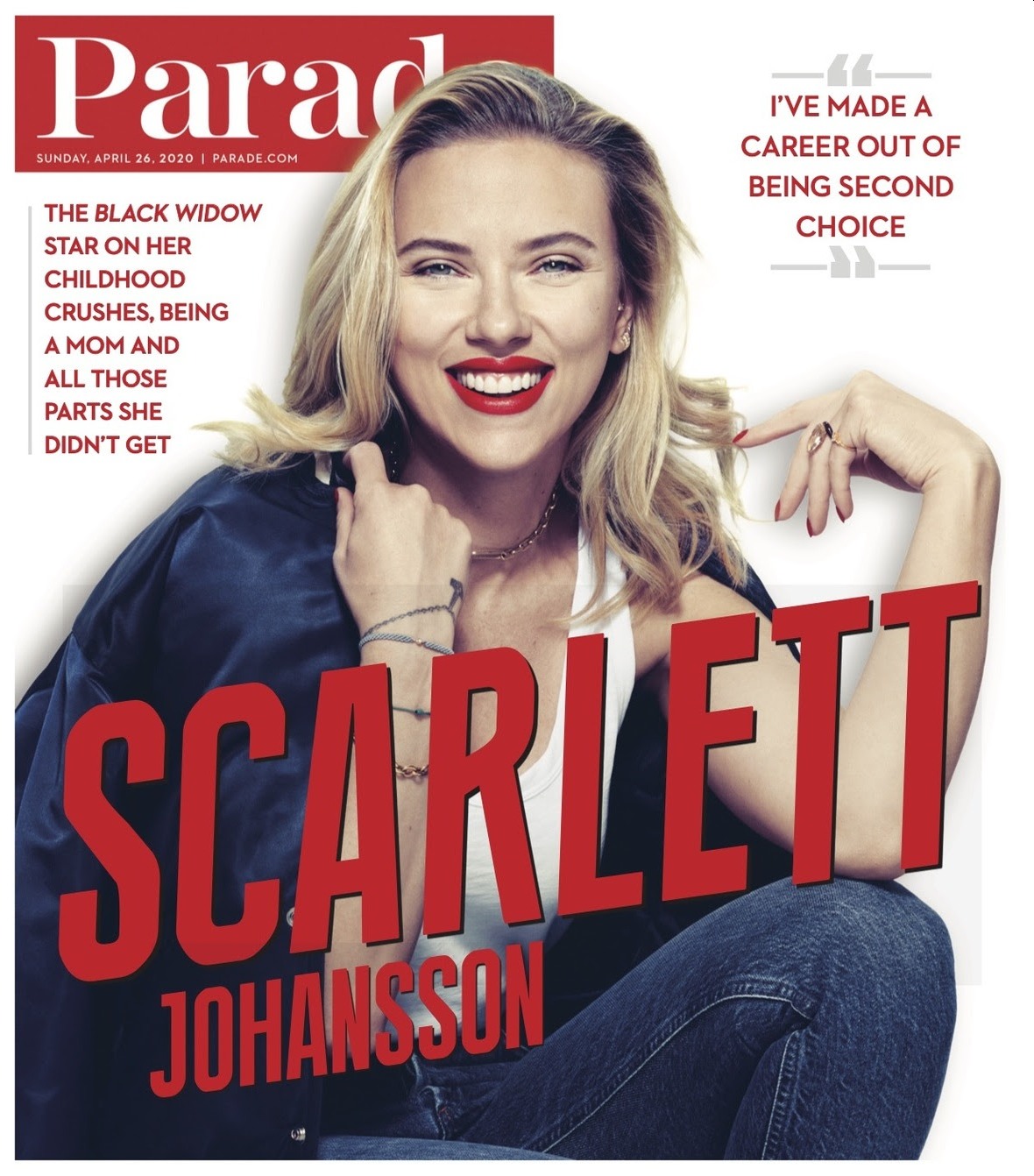 I kind of enjoy the “who gives a flying f-” of Parade with this cover. Black Widow’s release was pushed back more than a month ago, but Parade was like “screw it, we already did this cover and interview, we’ll run it.” I actually like that Scarlett Johansson’s promotion included a Parade interview – for those who don’t know, Parade is just the newspaper insert magazine for most Sunday papers. They were shilling Black Widow to “middle America,” thus the wholesome content. You can read Scarlett’s Parade interview here. Some highlights:

She’ll be rooting for the New York Yankees when it’s time for bats and balls once again. “They were killing it when I was in high school,” she says of the 1998–2000 World Series champs. Her favorite player? Derek Jeter. “I used to keep his rookie card in my wallet!”

Motherhood in New York. At age 35, the former child star is the top female box-office draw in the world. But to her 5-year-old daughter, Rose, she’s the doting mom who—in non-quarantine times—often took her past the apartment in Manhattan’s Greenwich Village where Johansson grew up with her parents and three siblings. “One of the great privileges of raising your kids where you grew up is that you get to do the stuff and see the things you did when you were a kid,” she says.

She’s the second-choice for a lot of roles: She wasn’t always Hollywood’s hottest property. She tells Parade how she lost out on several roles—including, at first, the part of Black Widow (to Emily Blunt). “Since an early age, I’ve been rejected constantly,” she says. “I’ve basically made a career out of being second choice.”

Being with Colin Jost since 2017: They’ve been engaged since last year. Do they have a wedding date? “No comment,” she says with a laugh. But she has called him “the love of my life.”

LOL, she didn’t even bother to say anything about Colin Jost in Parade. So funny. She didn’t comment because Parade is, well, downmarket for Scarlett’s image. She would have given a quote about Jost if it was Vogue or Vanity Fair. As for being second choice for so many roles… where? When? Beyond the Black Widow role – which happened a decade ago, right? From recent memory, Scarlett has been the first choice for most of the roles she’s done in the past decade. But I imagine that’s her way of being “humble.” 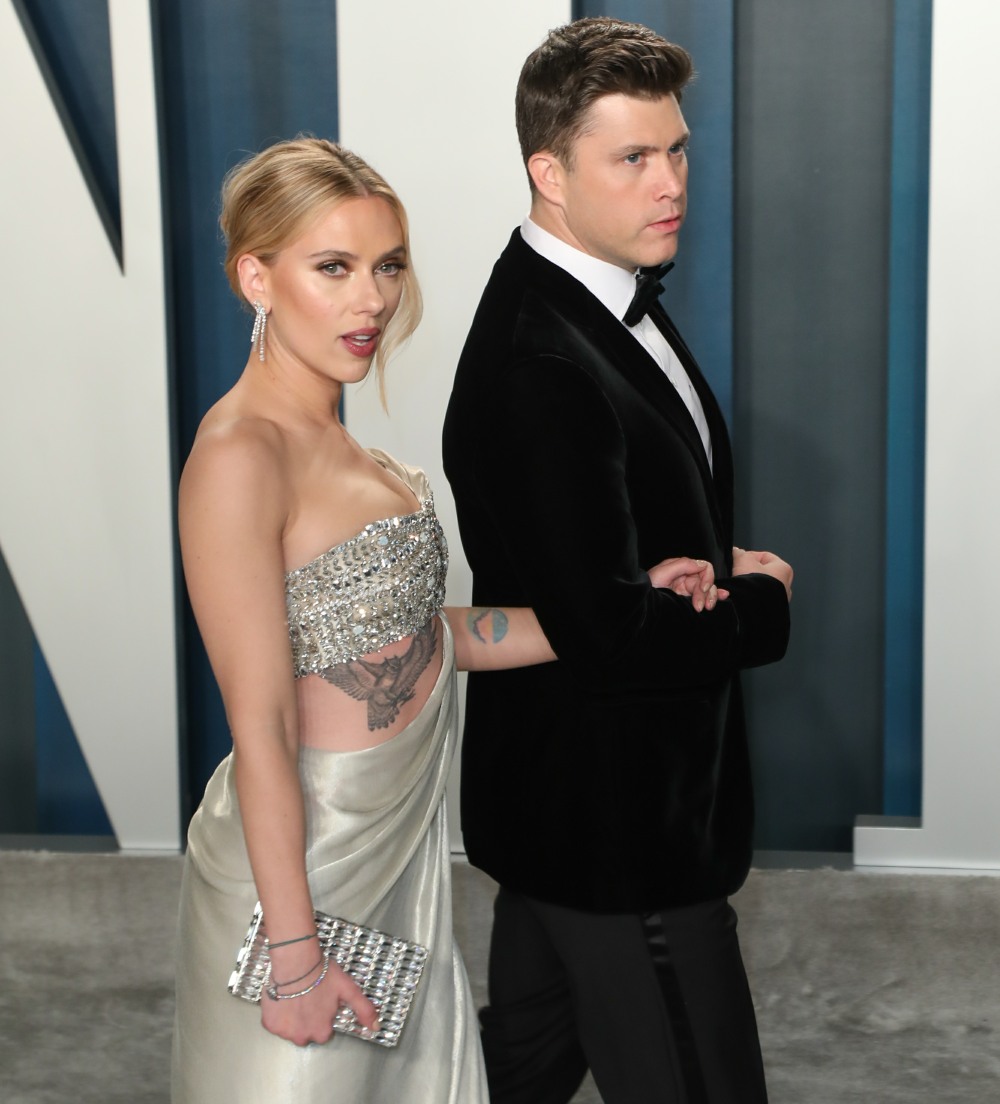 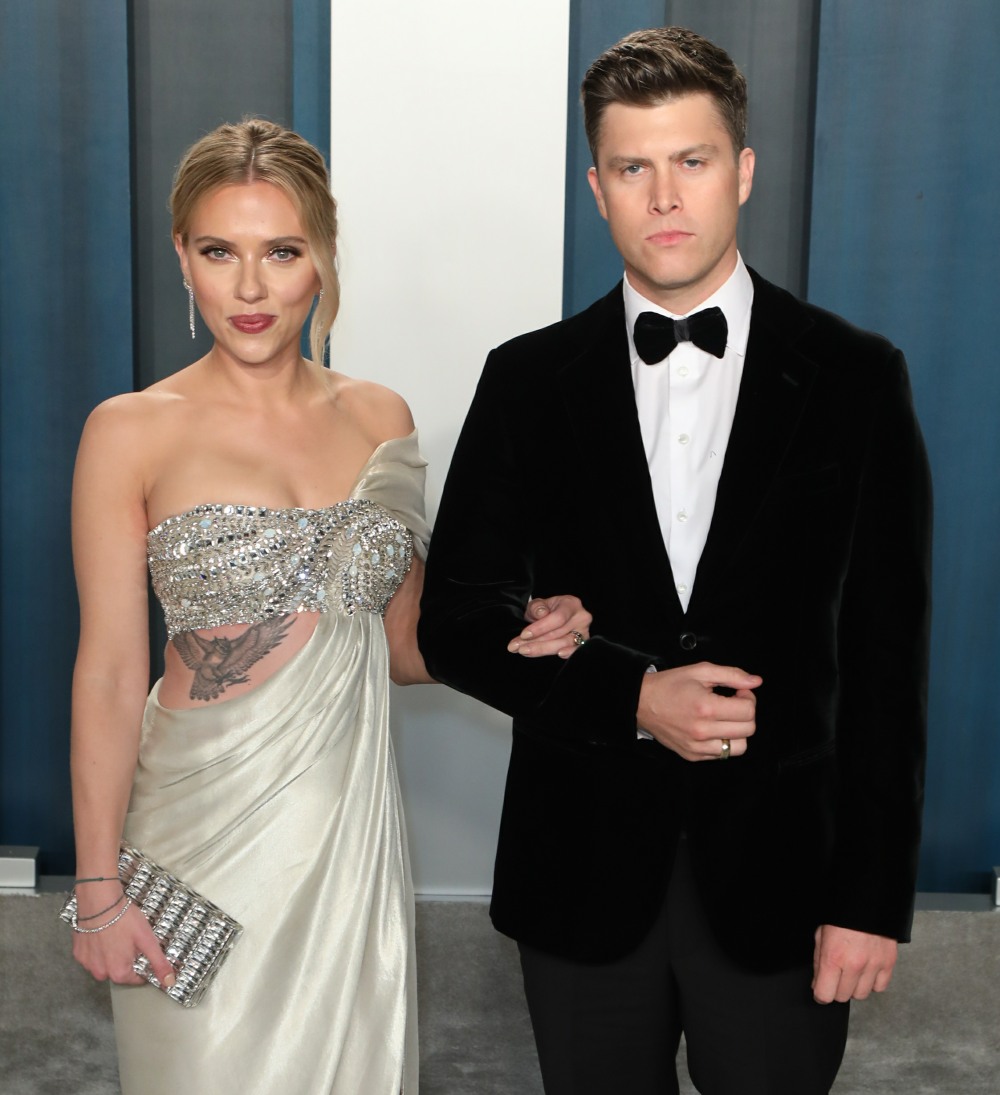 69 Responses to “Scarlett Johansson: ‘Since an early age, I’ve been rejected constantly’”