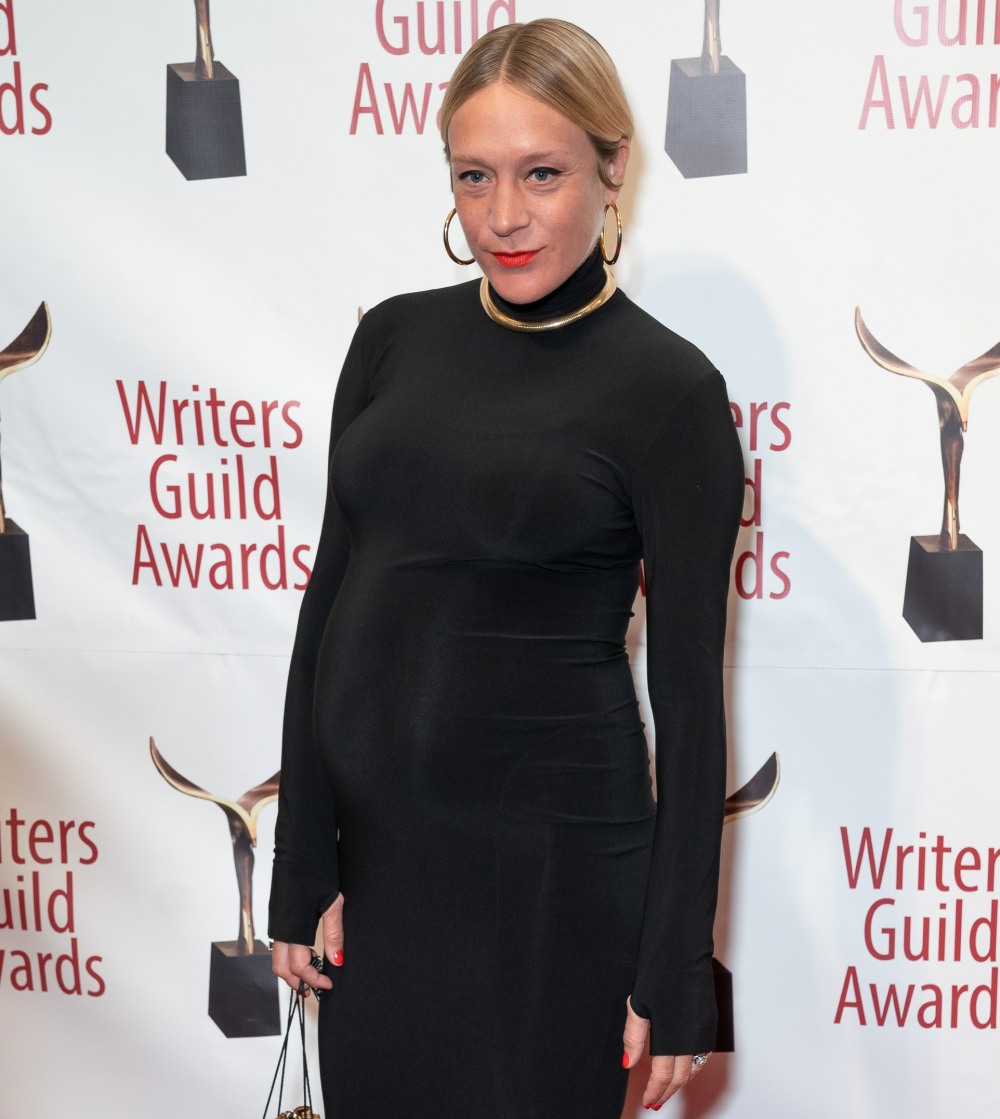 I’m going to make a bold suggestion: after the lockdown, maybe FaceTime interviews should stay? I’ve read a few long-read interviews done with celebrities in lockdown, and the interviews are just better and more substantive than regular old celebrity profiles. So it is with this Chloe Sevigny piece for New York Magazine. She’s just weeks away from her due date, and she’s a long-time New Yorker. She wanted to chat about everything that’s happening in New York, and how crazy it is to be pregnant during this time. You can read the full piece here. Some highlights:

She hates videochatting: “It’s always so terribly unflattering. I have friends who are younger than me, like in their mid-20s, and all they want to do is FaceTim. I’m like, What is wrong with these people? But I guess they’re really young, and they always look beautiful, so it doesn’t matter.”

Worried about possibly not having her mom or her doula there when she gives birth: “I talk to her and my other close friends on the regular, and then my mother. The hardest part has been not seeing her, because she lives only 45 minutes away and we’re quite close. She wants to be here. That’s been hard, and then the day I was told that Siniša, my boyfriend, might not be allowed to come to the delivery. I had a super-panic attack and was crying uncontrollably. I have a doula, and she called me really panicked. She’s supposed to be the calm in the storm, so hearing her really irate made it even more scary.

She’s crushing on Andrew Cuomo: “I’m also one of those crushing-on-Cuomos. I know we’re not supposed to be. I know his history is very spotty. But I will say, tuning in to those press conferences every day has been very calming for me. There’s just something about his perspective, and the way he lays out the facts, and uses some sense of humor and personal anecdotes, I don’t know, I find it very relaxing.

She’s worried about her single friends: “Right now, my heart goes out to all my single girlfriends — not having that outside stimuli, like flirting, or whatever, to help push you through. I keep asking like, “Are you sexting with anyone?” because that can really help as far as the dopamine release.

Whether there should be changes in the fashion industry: “Like my boyfriend works in the art world — do people need to fly to these fairs around the world all the time? Their calendar is worse than the fashion calendar. The nature of both of those businesses is so excessive. Of course, people are tactile and they want to see things and experience things. I’m going to sound like a total a–hole, but going to a show and seeing the garments is very different from going on Vogue.com. I love the escapism of it all. I’m very sold on a story and a lifestyle. I can buy into that very easily, and I think a show is a big part of that. But I also think there’s gotta be an alternative way. Scaling down is necessary and a very positive aspect of what’s happening, in my mind. Maybe people will just reassess how they’re living. Maybe less people need to go to the fashion shows? Maybe there don’t need to be as many? I also just think there’s too much product. There’s too much turnover in terms of people wanting what’s new all the time. I’ve been wearing vintage and consignment my whole life, and I’m so glad it’s become more of a thing.

On the New York economy collapsing: “How does one navigate something like that, especially in New York — a city that’s so expensive? I feel like the rich are just going to get richer off of all of this…. But will this weed certain [negative] aspects out? Maybe they’re overly optimistic. But … Maybe? I had a friend say that he might come back to New York. He was like, “All the yuppie scum might flee.” I’m sticking it out with New York. I’ve been here since ’93, so I’ve seen a lot of things fall by the wayside that I loved and have to mourn. I feel like it’s a constant mourning. But then we celebrate new things.

It’s something I haven’t thought about much, the idea that this will mark a major change for how the fashion industry operates. I agree that there can easily be alternative ways to show work, and I also agree that perhaps we can cull the amount of product. Some of those changes will be organic, meaning… there are designers and clothing companies which will go out of business because of this. I remember reading something – maybe on Bloomberg? – at the beginning of the lockdown and the argument was basically that if this lasts as long as people think it will, the shift for major cities will be a lot like “New York in the ‘70s.” Meaning, cheaper housing, more crime, more artists, fewer rich people, more unemployment in the cities. Also, I’m still worried about all of the pregnant ladies giving birth in hospitals during this time. 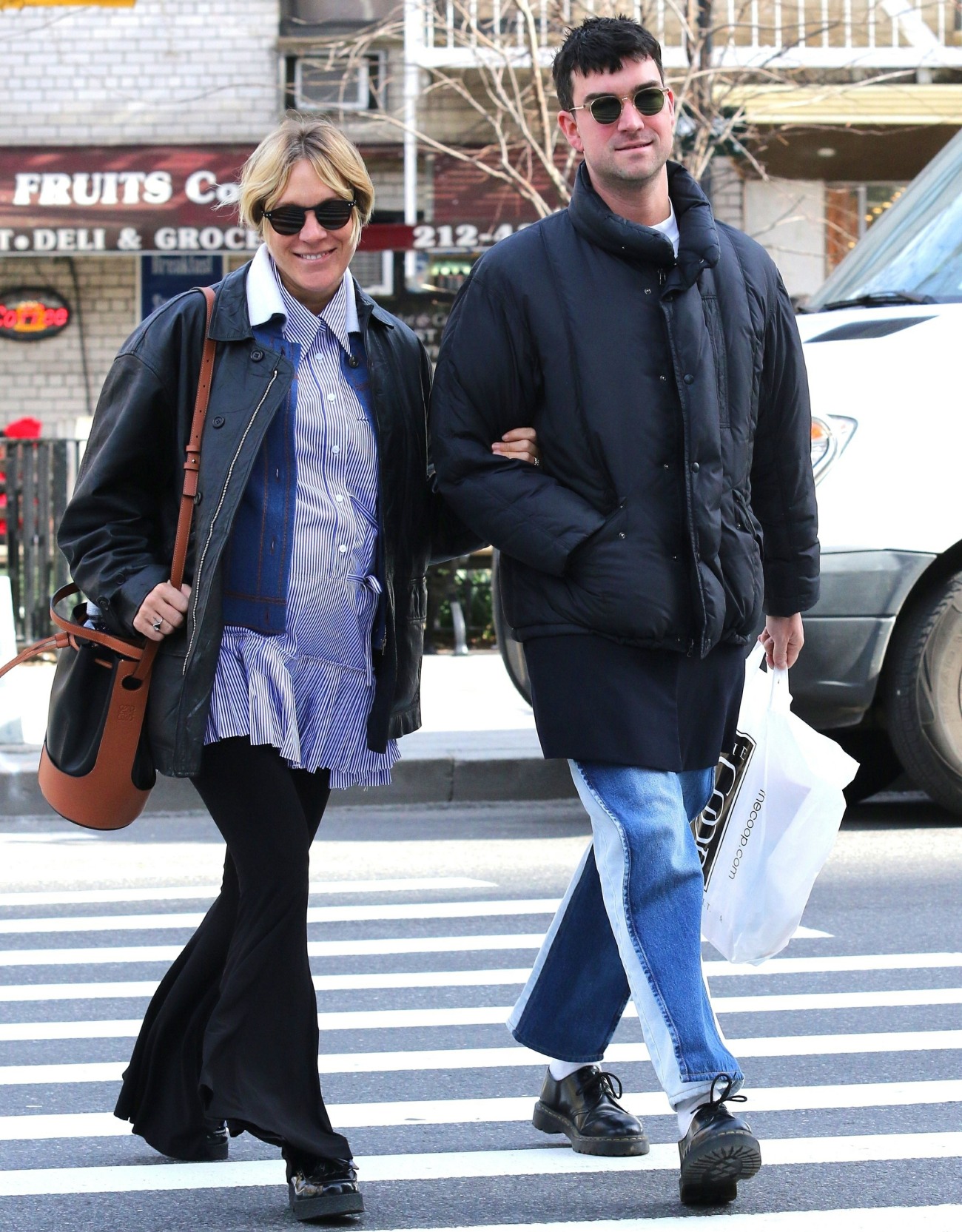