At first, I just saw the headlines about “Anderson Cooper welcomes a son,” and I thought “that’s nice” and didn’t really think much else. But as I was reading Anderson’s account on social media, I became crazy-emotional. His family’s history is well-known: Anderson lost his father Wyatt Cooper when he was just 10 years old – Wyatt Cooper had a series of heart attacks and he died in surgery. Anderson also lost his brother Carter Vanderbilt Cooper to suicide when Anderson was just 21 years old. For years, it was just Anderson and his mom Gloria Vanderbilt, until she passed away last year. And now he’s a father of a baby boy and Anderson named his son after his late father, and he also referenced his mother’s family in the name. I told you it was emotional!

I want to share with you some joyful news. On Monday, I became a father. This is Wyatt Cooper. He is three days old. He is named after my father, who died when I was ten. I hope I can be as good a dad as he was. My son’s middle name is Morgan. It’s a family name on my mom’s side. I know my mom and dad liked the name morgan because I recently found a list they made 52 years ago when they were trying to think of names for me. Wyatt Morgan Cooper. My son. He was 7.2 lbs at birth, and he is sweet, and soft, and healthy and I am beyond happy.

As a gay kid, I never thought it would be possible to have a child, and I’m grateful for all those who have paved the way, and for the doctors and nurses and everyone involved in my son’s birth.

Most of all, I am grateful to a remarkable surrogate who carried Wyatt, and watched over him lovingly, and tenderly, and gave birth to him. It is an extraordinary blessing – what she, and all surrogates give to families who cant have children. My surrogate has a beautiful family of her own, a wonderfully supportive husband, and kids, and I am incredibly thankful for all the support they have given Wyatt and me. My family is blessed to have this family in our lives.

I do wish my mom and dad and my brother, Carter, were alive to meet Wyatt, but I like to believe they can see him. I imagine them all together, arms around each other, smiling and laughing, happy to know that their love is alive in me and in Wyatt, and that our family continues.

I’m not crying. I’m not crying!! OK, I’m totally crying. His mom was so proud of him and she would have loved to see this baby. Also: Anderson really keeps his private life on lockdown now, I can’t figure out if he is currently involved with anyone. I know he had a long-time partner, Benjamin, for years but they split around 2018. There are always rumors about the Coop and Andy Cohen, but… um, Anderson could do better. Is he single right now? 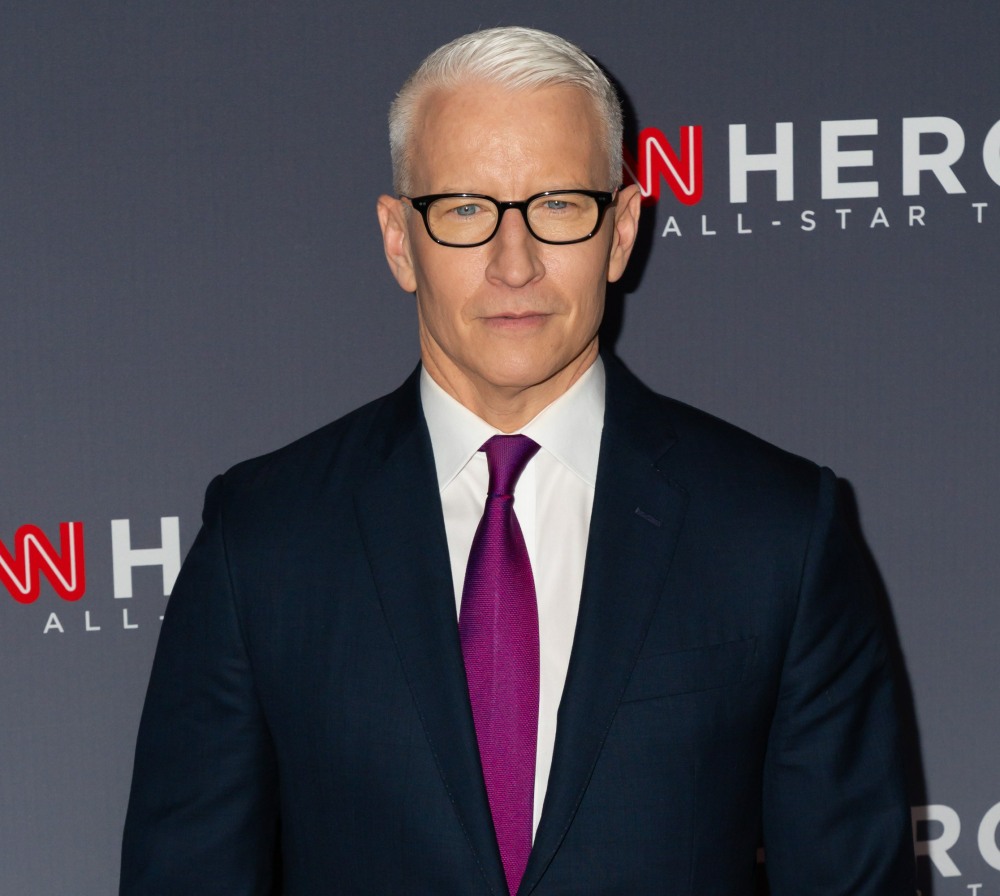