Miley Cyrus: ‘Everything in my closets is studded or leather or latex, honey’ 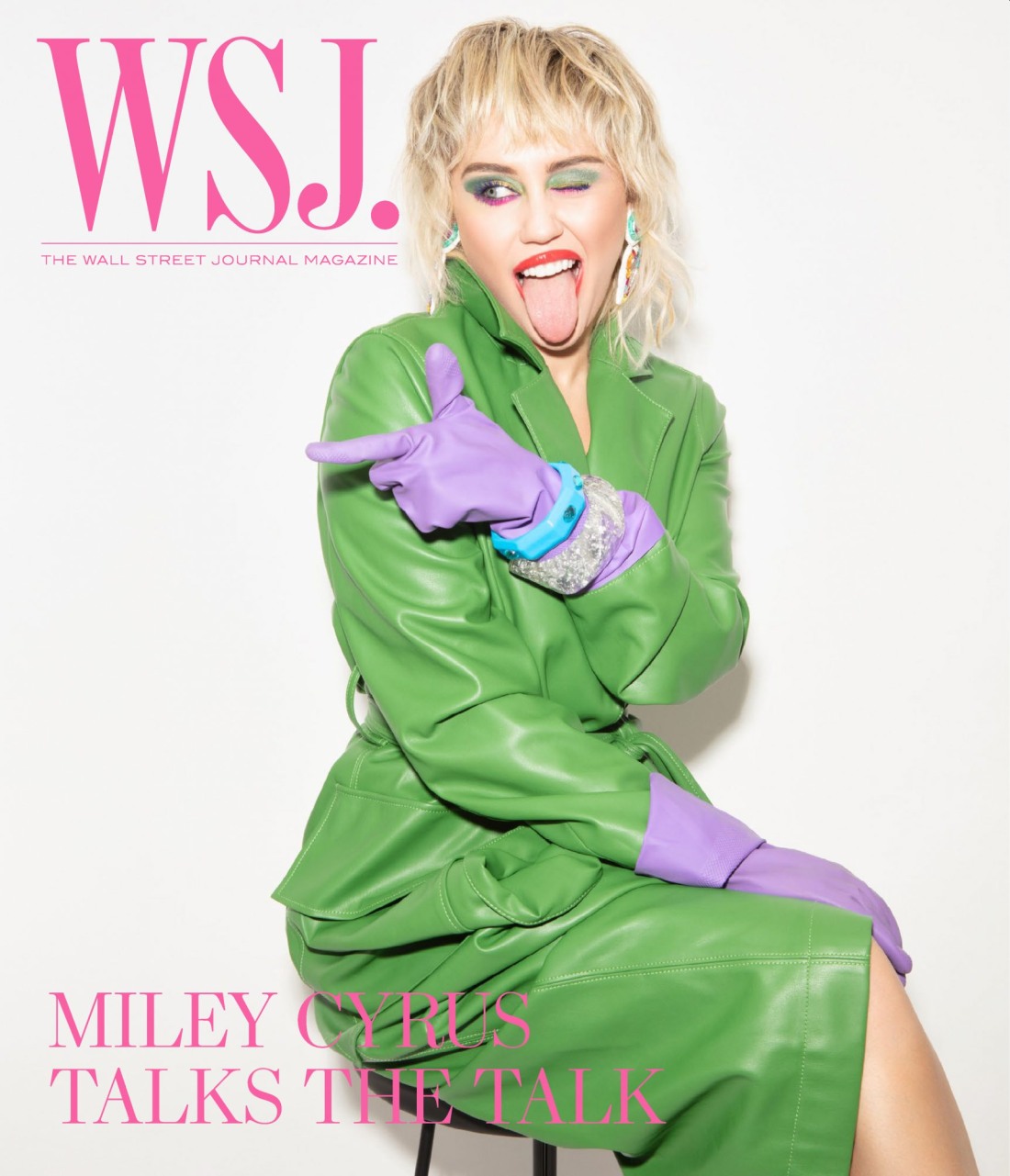 Miley Cyrus has been hosting an Instagram live talk-show called Bright Minded: Live with Miley. It ran for three weeks with episodes that were filmed pre-lockdown, then during the lockdown, Miley did another launch of the show and interviewed some of her heroes who were doing vital charity work, as well as interviews with friends and colleagues. That’s what Miley is promoting in a new issue of WSJ. Magazine. Some (exhausting) quotes from the interview:

She books her show by sliding into people’s DMs: “I am the ultimate slide-into-the-DMs! This is the way that I have communicated and actually gotten things done for years. I ended up thinking, ‘S—, I might as well send one to Reese Witherspoon. She’s probably not going to answer, but OK.’ And then she answered and said she would love to give me a couple minutes.” Cyrus also revealed that some of the guests she’s tried to book would leave her on “seen,” but she had the perfect formula for getting them to reply. “And then I’ll send a smiley face emoji for like 10 days in a row… The door is always open! I’m sure some people I was reaching out to felt the same way I do, which is that my experience [dealing with the pandemic] is so rare, it almost doesn’t feel right to talk about.”

Why she loves doing the show: “I love connecting with people. There’s something about when you listen to someone else’s stories that you realize all these pieces of yourself, too. I think that’s what I’ve missed in my life, those relationships.”

She interviewed Elizabeth Warren: “Oh, my God! With Elizabeth Warren, I was so nervous I even put on a nice linen blouse. I don’t even own a friggin’ blouse! Everything in my closets is studded or leather or latex, honey. So I’m going through my damn closet, like, What am I going to wear to interview the friggin’ senator? That was my main stress, of course. But a lot of the time it’s been important for me to be wearing what everyone else is wearing at home. I’m in my sweatpants and a topknot, just like everyone else. I’ve only washed my hair twice for the show: once for Elton John and once for Senator Warren.”

She misses seeing her family in person: “It’s the longest I’ve gone without seeing my mom or my grandma. My mom and I pretty much FaceTime from the minute I’m awake until I’m asleep. I love that she has nothing to do; so she has to just sit with me every moment, which is like the good old days! The first thing I want to do is definitely hug my mom and dad when I get the green light that it’s safe. Right now, my mom won’t get anywhere near me.”

She doesn’t know when her new album will be released: “But I made a record that’s kind of rock-influenced, hence my mullet. This was not just a random Wednesday Tiger King haircut. This was to go with the new music, but now I’m rolling through Calabasas with a Joe Exotic mullet.”

[From WSJ via People]

I rolled my eyes so hard at “everything in my closets is studded or leather or latex, honey.” Every time I try to give Miley the benefit of the doubt and actually sit down to read one of her interviews, I’m reminded why she annoys me so much. She’s so try-hard, so faux hardcore. Miley easily has a closet full of her hippie beach clothes because guess what? That was her persona like two years ago. Now she’s pretending to be mullet rock chick with studs and leather? I can’t wait to see what her 2021 persona is. “Honey, everything in my closet is fairy-dresses and glitter, I can’t believe you didn’t know that.” 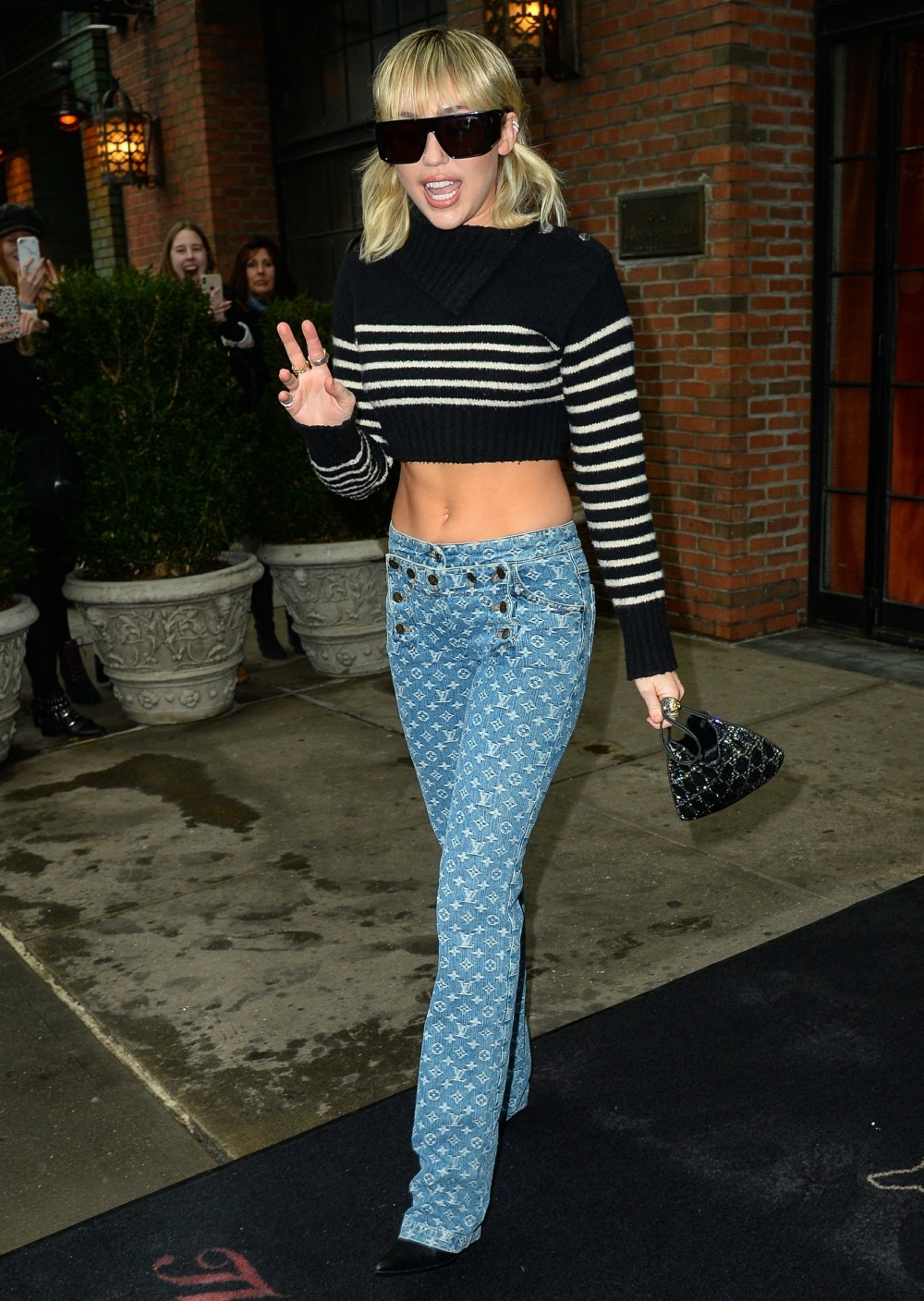 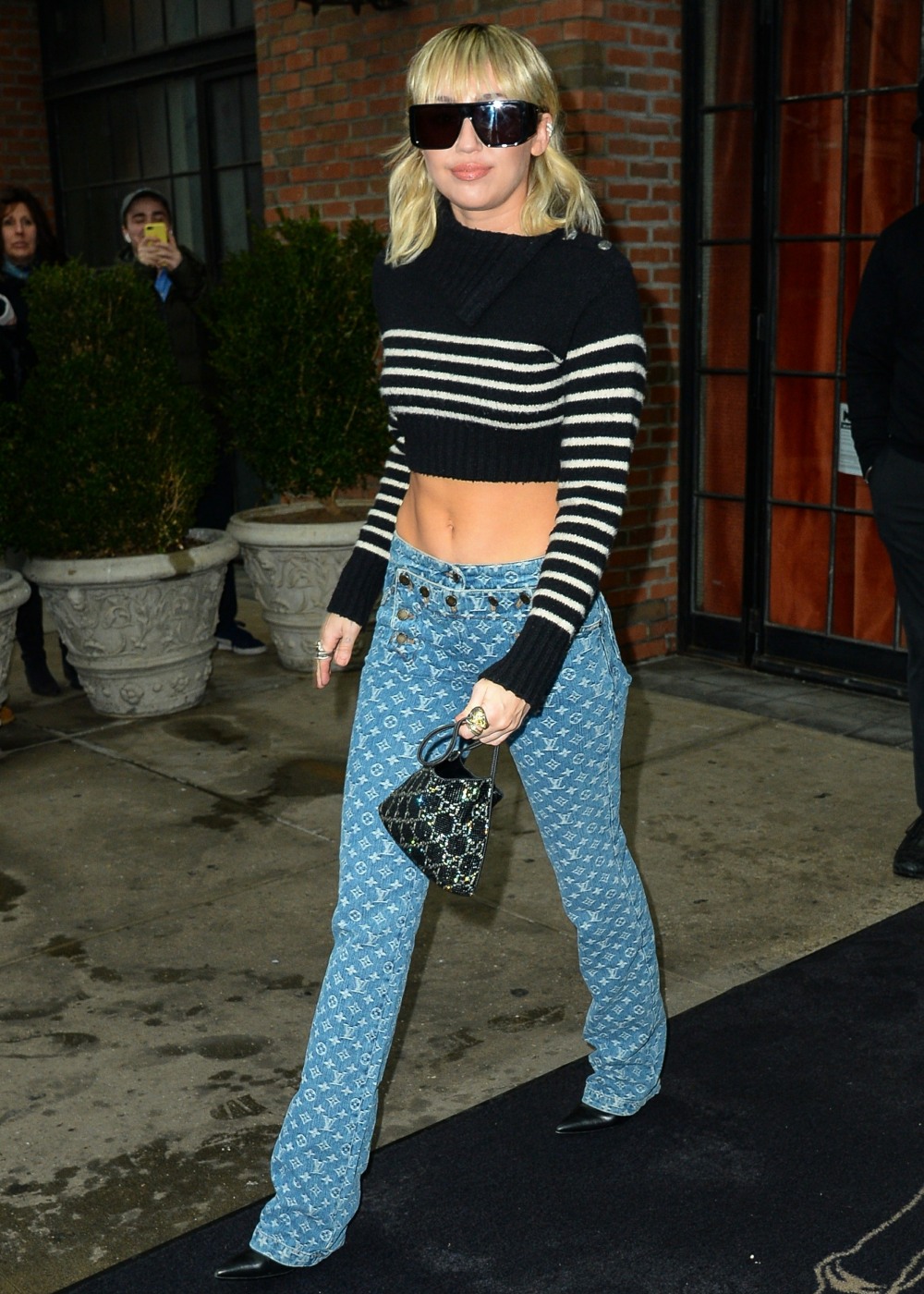 39 Responses to “Miley Cyrus: ‘Everything in my closets is studded or leather or latex, honey’”