Thank you for the birthday love. I hope you’re all staying safe and sane during this crazy time. I’d like to thank all of our first responders and essential workers who are keeping us safe while risking their lives! You are truly our angels ♥️ 2020 okay bye thanks x

It’s so weird that we can go months and months without seeing Adele at all and then someone will post some photos of her and we’ll have the exact same conversation we had the last time we saw her. Yes, Adele is thin now. She’s been thin for a while. She moved to California several years ago and after her massively successful tour (Adele Live 2016), she basically went dark. We’ve learned in the past three years that A) she and her husband split up and maybe the divorce already went through and B) she’s enjoying her single-girl life and she’s focused on being healthy, working out and all of that.

As for that same conversation that people always have about Adele now… yes, she’s lost a lot of weight. I think it looks like she’s fluctuated a bit in the past year – we saw photos of her last summer where he weight loss looked so drastic, it was like her face hadn’t caught up yet. And I kind of wondered if she’d gotten gastric bypass. But in the photo posted on her friend Lauren Paul’s throwback IG Story, Adele looks like… she got some weight back into her boobs at least. I don’t know. But yeah, she’s thin now. She was beautiful before and she’s still beautiful.

Also, is the new album going to be full of songs about “I left you because I’m hot and skinny now”? Because I would listen to that. And happy birthday to Adele too! She turned 32 years old on Cinco de Mayo. We stan our Taurus Queens. 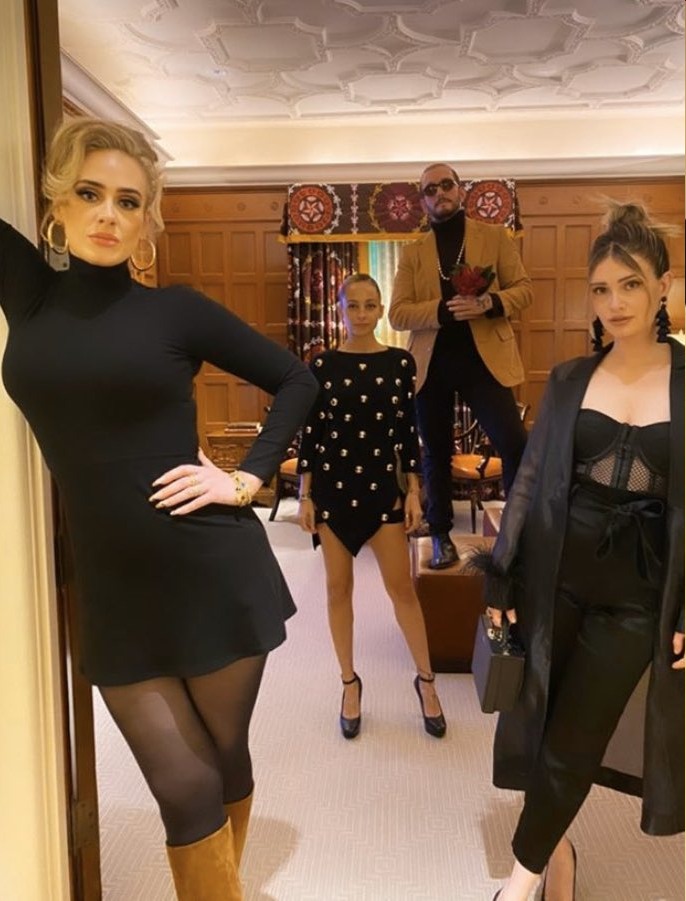