Naomi Campbell styled & photographed herself in lockdown at home for Essence 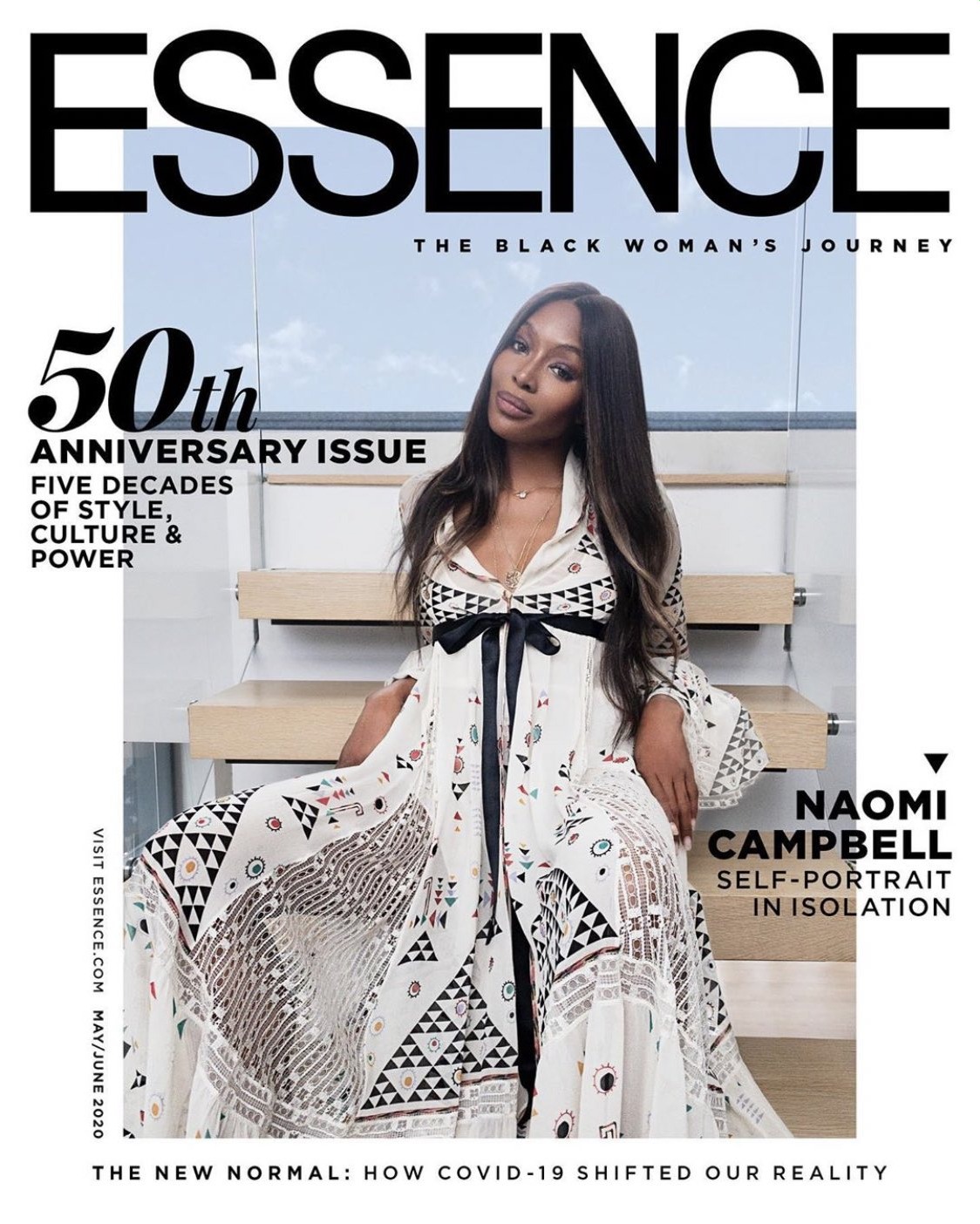 Here’s something I wasn’t expecting to learn during the pandemic lockdown: very few people own cameras these days. As soon as camera-phones became standardized, only professional photographers and a handful of amateur photographers own separate, dedicated cameras now. I find it shocking that so few celebrities and models own their own cameras too! Take Naomi Campbell – she’s been a model for decades, surely she would have invested (at some point) in some high-quality digital cameras for her own usage? Apparently not. Naomi covers the latest lockdown-themed issue of Essence, and she shot the cover herself. On her iPhone.

The coronavirus pandemic is forcing models to become more involved with their photoshoots. As magazines transition to images shot from home, Naomi Campbell can now call herself a photographer whose work has published on the cover of Essence magazine. The subject? Herself, of course. The supermodel, who will celebrate her 50th birthday later this month, graces the glossy’s 50th anniversary cover with a self-portrait.

“It was a very special honor and unusual experience for me to be able to shoot and style my own cover for Essence’s 50th Anniversary Issue. On my iPhone,” she wrote on Instagram.

“While it was a sad reminder for me of all the people in media and production who are not able to work due to the coronavirus, it also brought me hope and encouragement to know that our people and our infrastructures are resilient. We are rooted in knowledge and creativity and continue to take back full control of our narratives. We will come out of this stronger than ever.” Campbell wears a vintage Chloé dress from her own closet on the cover, which she styled herself — along with the rest of her shoot.

Honestly, Naomi doing everything herself turned out a lot better than it should. Yes, the quality of the photos could be better… but this is a better editorial and cover than most magazines do with professional photographers. The thing about iPhone photography is that it really should NOT replace traditional photography though. And I hate that it is. Oh, I do think it’s cool that she wore her own clothes from her own closet though – that’s awesome.