Dakota Johnson: ‘I feel the most insane anxiety about our world and our planet’ 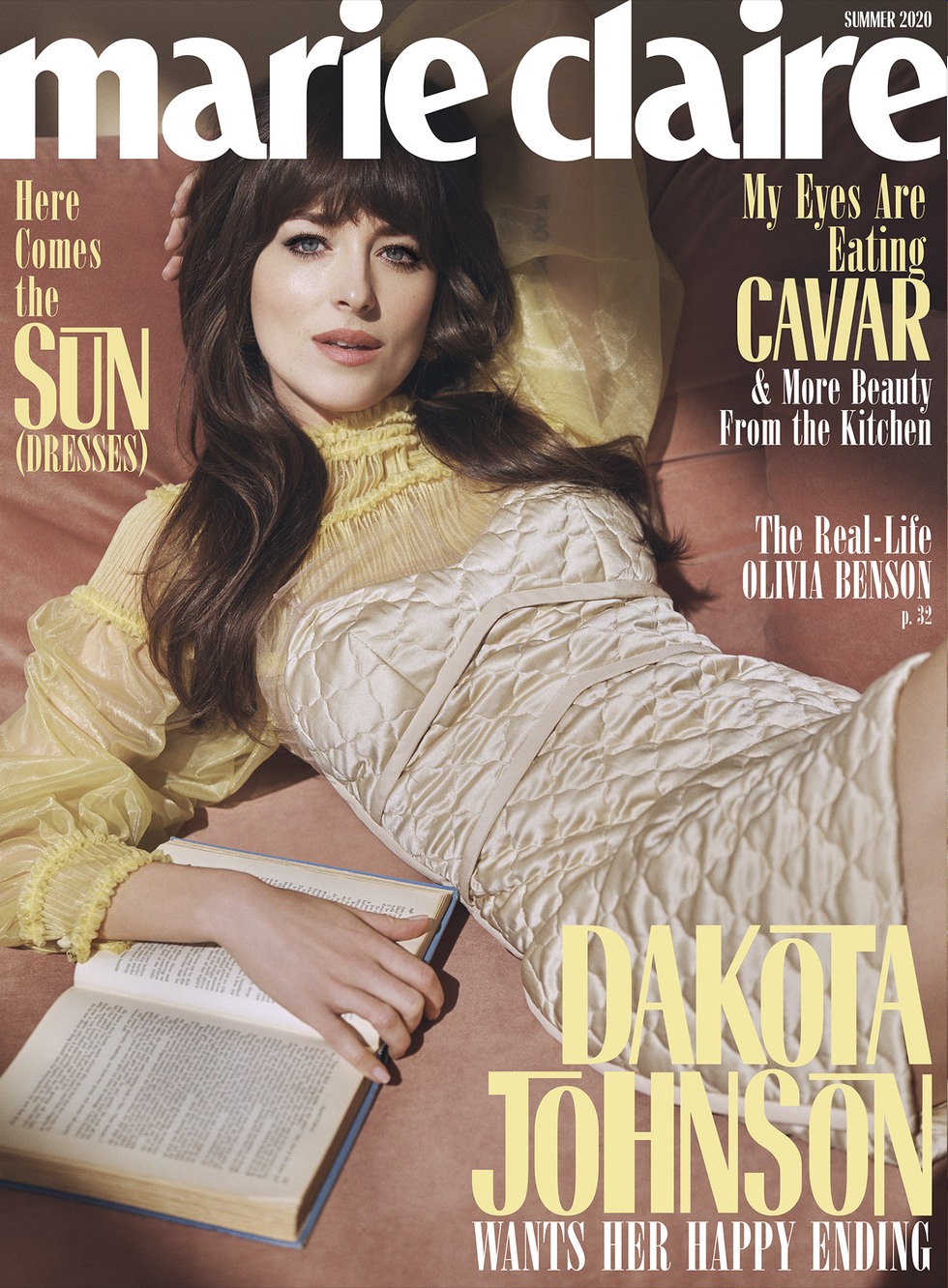 Remember when I used to not like Dakota Johnson that much? It was a real thing I felt – I thought she was a bit melodramatic and vacant. But after a few good interviews and several great performances, I really became a fan. Dakota is actually the only good part in those Fifty Shades movies, fight me. Anyway, Dakota is currently promoting The High Note, which was released On Demand May 29th. This is one of the few June cover stories where the interview happened in person, likely just days before the widespread lockdown orders in mid-March. Dakota chatted about fear, anxiety and the hope that more movies will have happy endings. You can read the full piece here. Some highlights:

Anxiety: “I feel the most insane anxiety about our world and our planet. I’m constantly thinking about the state of the world right now. It keeps me up at night, all night, every night. My brain goes to crazy dark places with it. My brain moves at a million miles per minute. I have to do a lot of work to purge thoughts and emotions, and I am in a lot of therapy.”

Depression: “I’ve struggled with depression since I was young—since I was 15 or 14. That was when, with the help of professionals, I was like, Oh, this is a thing I can fall into. But I’ve learned to find it beautiful because I feel the world. I guess I have a lot of complexities, but they don’t pour out of me. I don’t make it anyone else’s problem.”

She started a production company, TeaTime: “For a long time, I’d do a movie and have no say. I could go into something, and it’ll be one thing, and then it comes out as a totally different thing. As an artist, you’re like, ‘What the f–k?’” (Johnson has denied reports that she was displeased with the Fifty Shades films.) “I definitely want to have my craft, my artistry, and my ideas respected and tossed around. I want to be part of the process. I also have really specific taste. When I work, I’m constantly thinking about the job. It takes up so much of my brain. Not all of my projects are only good messages, but all of them have a little bit of something that makes me feel like it’s an okay thing to pour my heart into.”

Rewatching Notting Hill & thinking about happy endings: “There are not movies made like that anymore. Movies where they take their time and the pacing is more languid and it’s about light-hearted escapism and wishful thinking. When I was growing up, I loved those movies so much. They were the reason why I was like, Well, maybe I could be an actress. Maybe I could be a movie star. There’s something really nice about making something that makes people just feel good and get out of their lives for a second and maybe think, Oh, my dreams could be not dreams, they could be …”

I am a fan of Richard Curtis’s work (he wrote Notting Hill, Four Weddings, Love Actually, etc), but I actually think that Notting Hill is probably one of his weakest scripts? I didn’t begrudge the “happy ending,” but I honestly find the pacing so “off” in that movie. When you really think about it, it takes place over the course of about a year and a half, and Hugh Grant’s character is just some mopey dude who can’t get over the American woman with whom he only went on one date. As for her talk about feeling anxiety and depression during this moment of crisis… I mean, we all are. We’re all feeling the stress in different ways. But she’s talked about her particular sensitivities before, and some people have even suggested that she’s something of an empath.

25 Responses to “Dakota Johnson: ‘I feel the most insane anxiety about our world and our planet’”