Courteney Cox: ‘I’m cooking so much, I’m exhausted from cooking’ 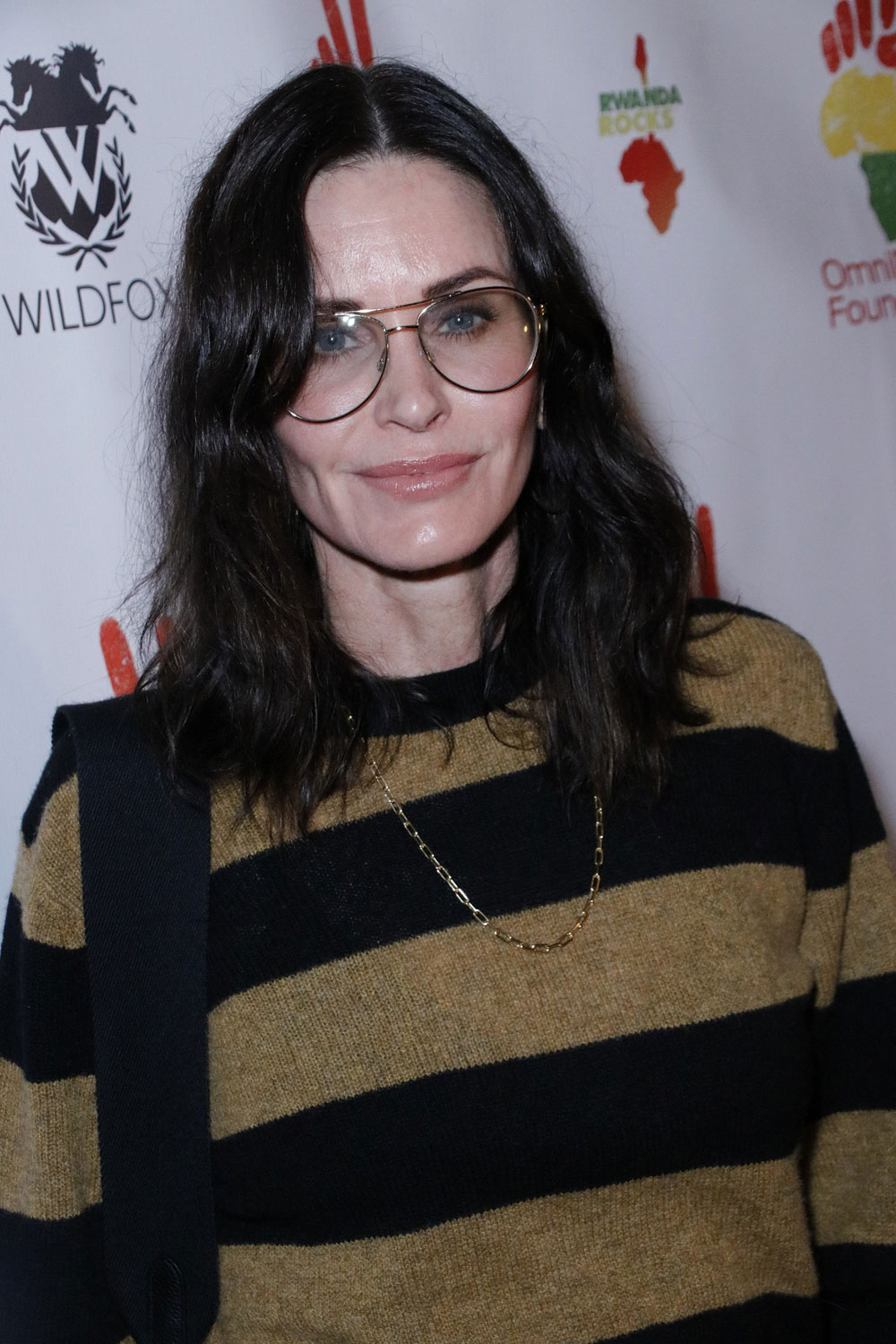 Courteney Cox was on Jimmy Kimmel Live this week, and I really enjoyed her interview. Courtney is promoting her docuseries 9 Months, which is on Facebook Live. It follows women throughout their pregnancies and the second season is premiering on Mother’s Day. Courteney told Jimmy how much she’s cooking lately and she described some recipes she’s made. I related a lot to her as I’ve been cooking and baking a lot, I really enjoy it. Plus I also have a teenager at home, my son is 15 and Courteney’s daughter, Coco Arquette, is the same age. My son eats a lot! I don’t know where he puts it, but he’s a champ. I bet Coco is the same. Here’s some of what she told Kimmel. She previously told Ellen that she’s quarantining separately from her boyfriend, Johnny McDaid, due to their travel circumstances (he’s stuck in England) and that it’s tough.

I’m cooking so much I’m exhausted from cooking.

What are you making tonight?
I’m going to make turkey burgers with poblano peppers chopped up with onions. I’ve made a lot of steak. I’ve made a ton of roast chicken. I met this chef in NY [who’s] been zooming with me and teaching me certain things.

Do you know if your daughter, Coco, is planning anything for Mother’s Day?
I’m just glad the store Spencer’s is not open. Last year Coco got me a book, “The Sound of Farts.” I love farts, but I don’t want that. I want to get a nice handwritten letter, something talking about her feelings for me.

I agree with Courteney about the kind of Mother’s Day present I want. I’m going to have my son read this post. Our printer works great, by the way.

I’m jealous that Courteney has a zoom cooking coach. Last night I actually made Asian chicken burgers and they turned out great! Here’s the recipe I used. I didn’t have any hoisin sauce so I substituted teriyaki sauce and I also substituted sriracha for sambal oelek. I didn’t make the sauce either. We had buttermilk mashed potatoes with it. The dinner tasted great and I had to break out the food processor at one point, so I felt accomplished. Also, with the meat shortages I feel like I have to be more creative with less in-demand meats and with vegetarian meals. I recently made a potato and black bean stew that was very good, and a vegetarian lentil chili that was a hit.

On the upcoming Gossip with Celebitchy podcast, #51 out Sunday morning, Kaiser/Chandra and I talk about the lockdown cooking inspo posts and how that makes her feel like she’s inadequate for not enjoying cooking. I get it! I’m sure I wouldn’t cook as much if it was just me. I often mention this, but I dislike crafting (and gardening!) and find it annoying. Cooking is like that to some people whereas other people find it satisfying and relaxing. Even our current situation wouldn’t make me start knitting or embroidering, and I’ve tried. I’ve also considered starting a garden and have realized it’s not for me.

Oh and Courteney and Jimmy thanked two nurses from Little Rock Arkansas, mother and daughter team Uchenna and Ona Onyia, who both are in New York City helping with covid care there. Mom Uchenna is from Nigeria and worked her way through nursing school as a waitress at Waffle House, she’s got an LPN, RN and is a nurse practitioner too! Her daughter is also a nurse and had the idea to come to New York. They said that everyone at the hospital in New York was so welcoming and thankful to see them and that things are getting better there compared to when they first came. Here’s that segment, it’s well worth watching and I got choked up.

Coco and I were pretty embarrassed by our last attempt at this song when talking to @theellenshow…So we had to redeem ourselves. #hamilton #burn #linmanuelmiranda ???

Jimmy and Courteney talked about these photos of Courteney shopping at Whole Foods in like full protective gear last month. She said she was surprised the paparazzi knew it was her! I think the guy is an assistant type but she didn’t say anything about him. 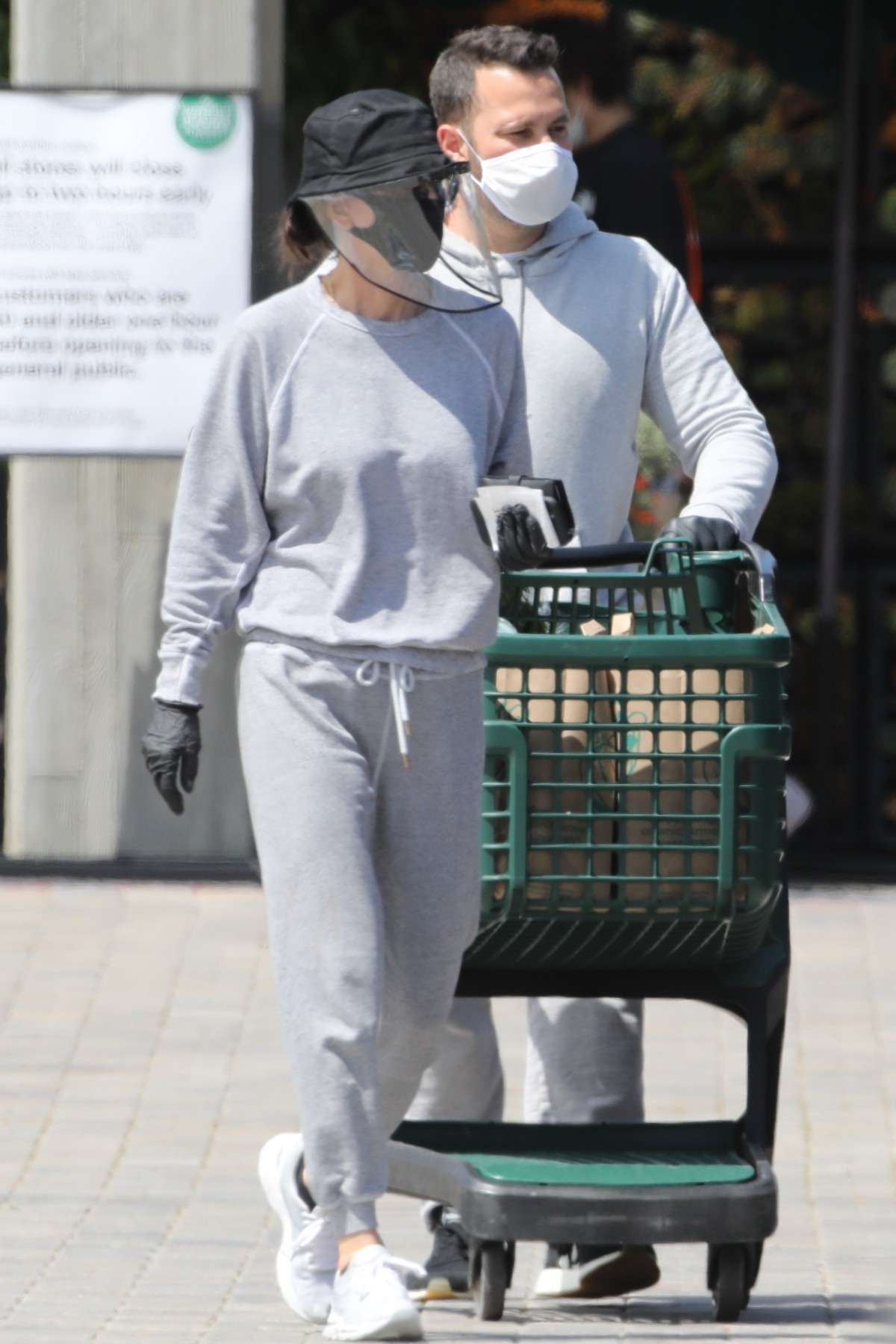 26 Responses to “Courteney Cox: ‘I’m cooking so much, I’m exhausted from cooking’”