I like following the Twitter account Ana de Armas Updates because they point out what Ben Affleck and Ana de Armas are doing, which of course makes my job easier. In this case Ben was seen out with a heart necklace that matches one which Ana was seen wearing before, during a walk with Ben on April 23 (Those photos are exclusives but JustJared has them). I think the fan account actually got it wrong though, because it doesn’t look like different sides of the same necklace, it looks like Ben is just wearing Ana’s necklace because it’s facing the same way. Of course the necklace could be turned over or something, so who knows, but still it’s cute either way.

As dumb as this sounds, because it’s Ana and Ben wearing talking about, I find it kind of sweet that he’s either wearing her necklace or that they got matching necklaces. That’s probably naive of me though, because he knows the paparazzi stalk him and he knows if he wears Ana’s necklace someone will notice and talk about him more. He hates attention though, did you see that video of him yelling at a photographer? Ben just wants to be left alone! It’s all Ana’s doing, which is what I’m sure he’ll say whenever they split. For now he’s in it and wearing her necklace though.

Here’s a larger photo of Ben with the necklace. The photo agency reports that it’s of Ben leaving Ana’s house on Thursday, so maybe she gave it to him to wear. 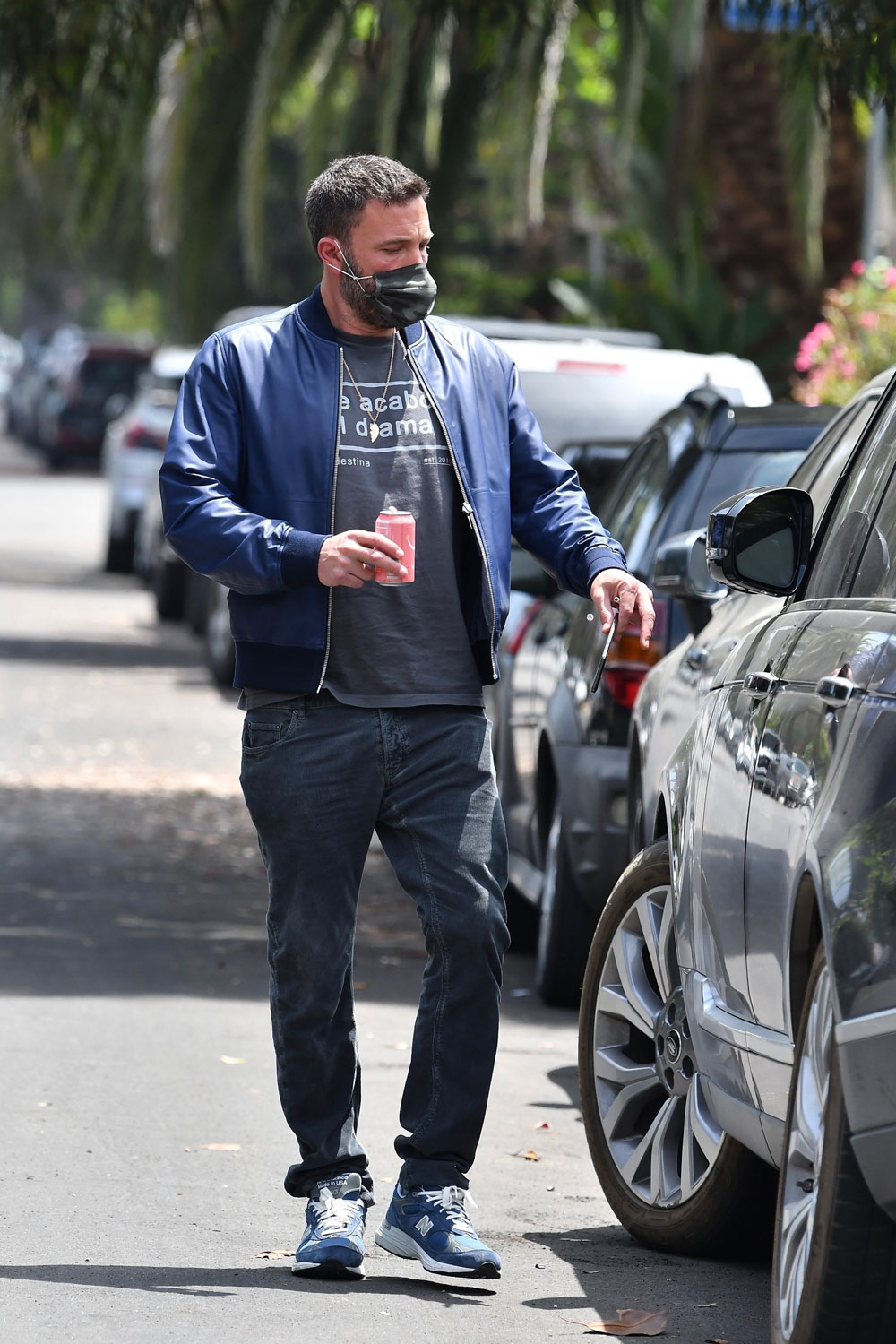 Ana was also seen out on Saturday walking her little white dog. She doesn’t seem to be wearing the necklace anymore, which supports my theory that Ben is just wearing her necklace. I wonder who has the other half then, a best friend? I’m also including some older photos of Ben and Ana. 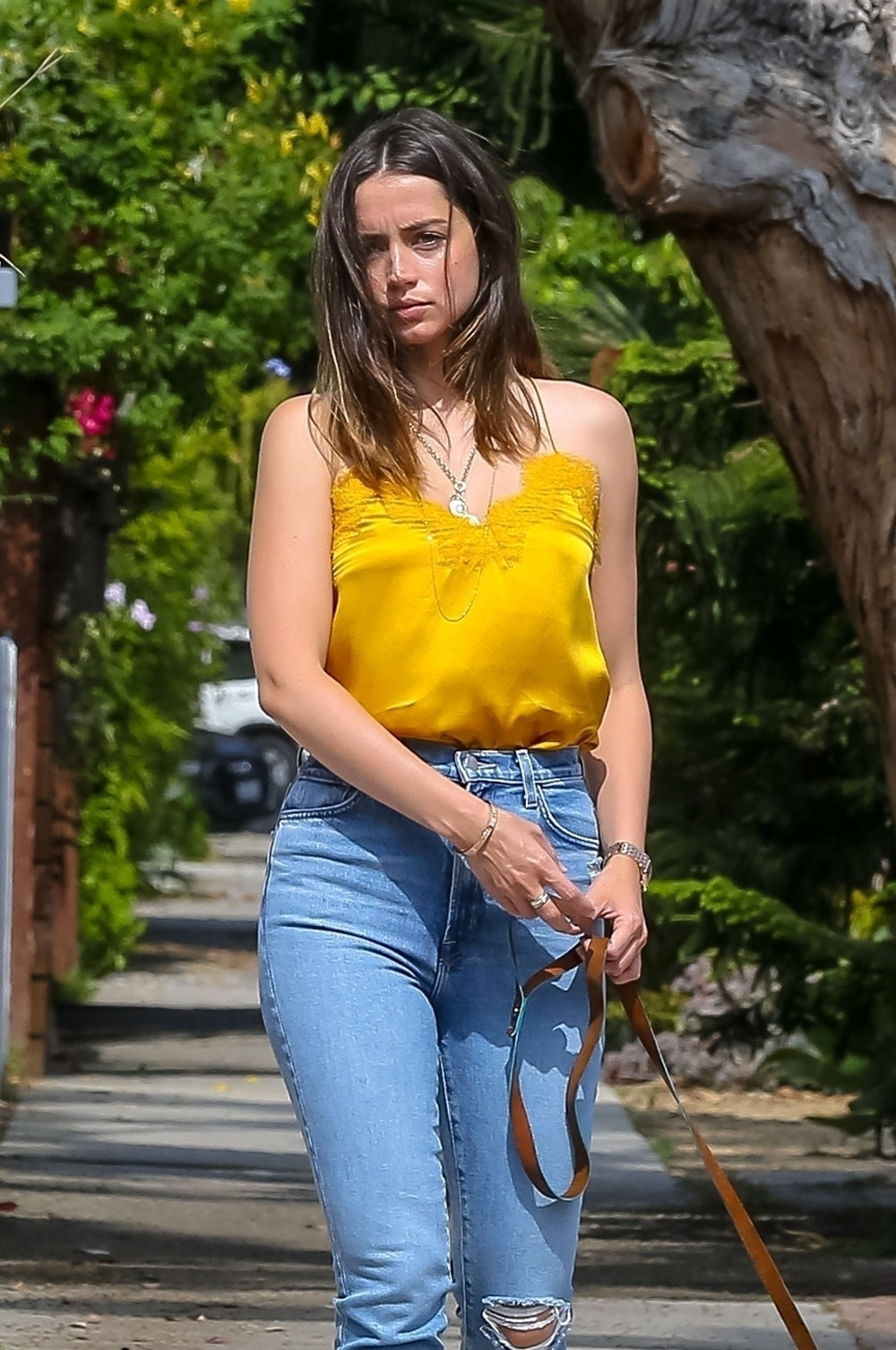 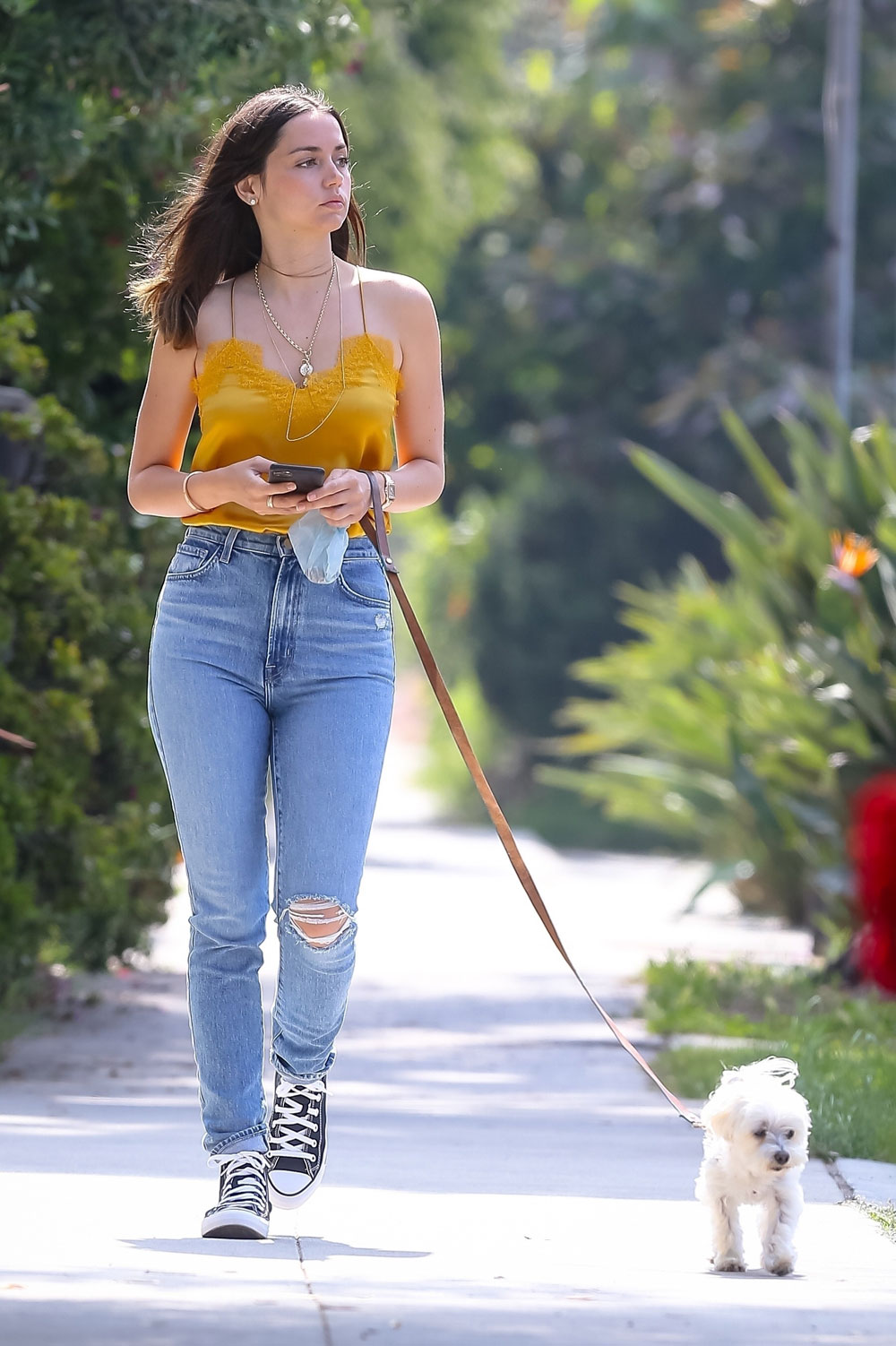