Way back, before we had any idea how bad this pandemic was going to hit, Reese Witherspoon was amping up promotion for The Morning Show on Apple TV+ and Little Fires Everywhere for Hulu. In addition, she had several projects in the pipe, including a potential third season of Big Little Lies. So Rita Breaver sat down with Reese and her producing partners on CBS Sunday Morning. Rita asked Reese about her hard-climbed road to getting respect as a producer and how she handles all the hats she now wears in Hollywood. Since the interview didn’t air until quarantine, Rita had to conduct the follow up via Zoom. While speaking online, she reflected on something Reese said about handling the pressures of all her responsibilities. Reese said that sometimes it gets to be too much and she seeks out the privacy of her car to cry.

But, as was proven in her newly aired interview on CBS This Morning, even modern-day superheroes feel overwhelmed.

When asked if she ever has “those days” when you feel like you can’t do one more thing, Witherspoon’s response was a comforting one, particularly in these especially challenging times.

“I’ll lay on the floor and cry or I’ll sit in my car and cry,” the star shared. “Sometimes I’m totally overwhelmed.”

I can absolutely see Reese doing just this. And I believe she does it in her own space, outside the view of anyone else. I don’t think it’s an ego thing either, I really don’t think Reese cares if we know she’s crying in her car. I think it’s just how she handles those emotions, on her own. I’m the same way, I have huge issues showing those kinds of emotion to others until I’ve processed them. I’m sure there’s a textbook full of reasons why, but if I need to break down, it’s somewhere I feel safe, hiding out of view. And I think Rita framed it the way she did was because not only are our emotions ramped up due to fear and uncertainty right now, they’re also under the scrutiny of the 24-hour togetherness clock of lockdown.

Another interesting point Reese made during the Zoom portion of the interview was what changes in filming she anticipated once lockdown was over. Reese said the biggest question they have was how the lingering virus threat would affect love scenes. It’s a good question. Think about the precautions that will need to be taken in order to have actors in the same room together, let alone the same bed. Reese said ultimately, they would have to approach it like everything right now and get creative. This maybe isn’t such a bad thing. Maybe the need for sexual tension and build up will lead to actual cinematic examples of foreplay – think of the example this could set!

I’m quitting my day job!🎨 Thanks for the art supplies, Mom!💗 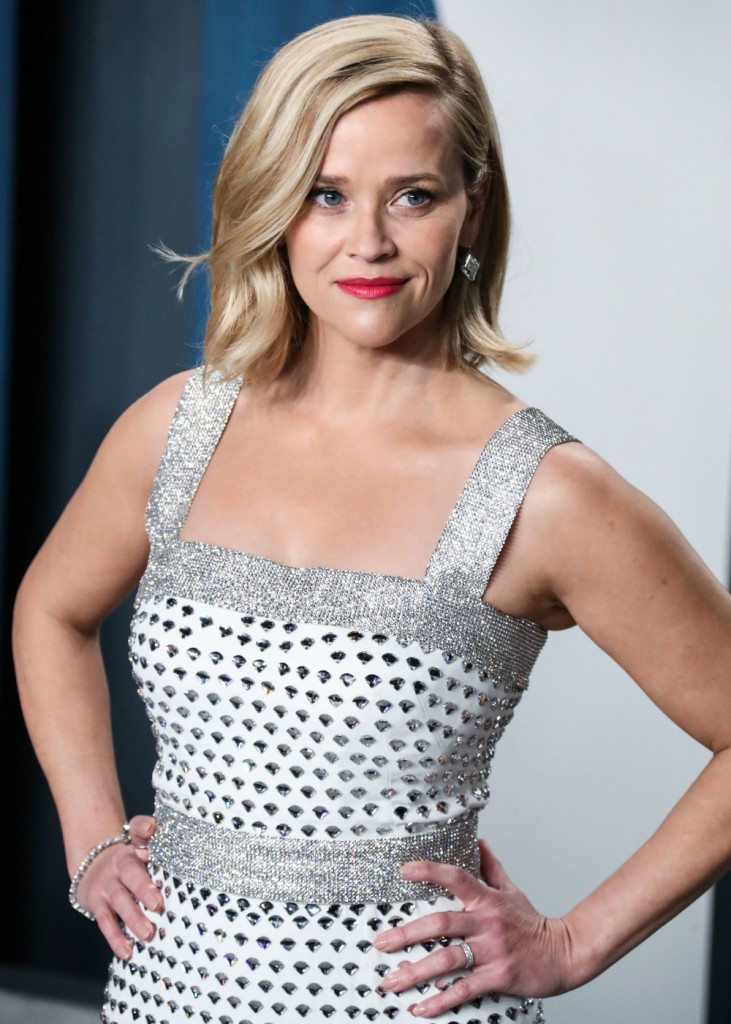