Tobey Maguire, 44, and girlfriend Tatiana Dieteman, 27, went for a walk in LA 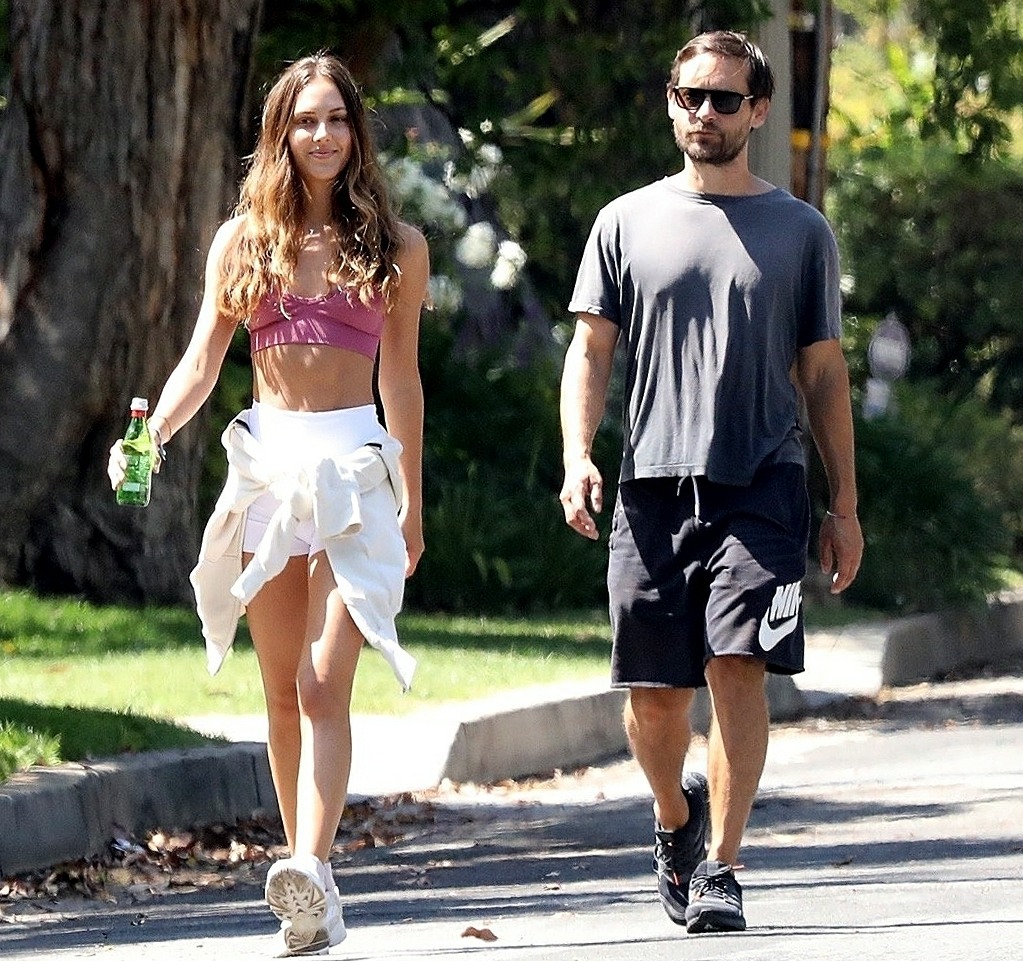 One of the gossip stories which always stuck with me and changed how I perceive certain celebrities was all of the stuff around Molly Bloom, the woman who ran an underground poker game for celebrities and A-listers in LA. Bloom had a lot to say about Tobey Maguire – who was a big reason why Bloom hosted the poker games – and all of Tobey’s friends, including Leonardo DiCaprio and others. But the worst stories were always about Tobey Maguire and how he was (and is) a giant a–hole, a controlling, money-obsessed douchebag.

Although Tobey was married for a decade to Jennifer Meyer, he remained part of Leo’s P-ssy Posse all that time. Leo and Tobey are especially close, and I’ve even heard stories about Leo being close to Tobey’s kids. I have to imagine that Leo was probably pretty happy when Tobey and Jennifer split up in 2016, even if Jennifer was pretty popular within that crew of bros as well. But finally, Tobey and Leo would get to hit up all the clubs together, and the P-ssy Posse had new energy!

Well, yeah. That happened. Tobey eventually started dating Tatiana Dieteman in 2018. They’ve apparently (??) been together ever since. They stepped out in LA over the weekend for a walk/pap stroll. She’s allegedly 27 years old but she looks younger than that. Tobey is 44 years old. Leo would tell Tobey that rules are rules, and this woman is over the age of 25 and it’s time to wind that sh-t down. But I get the feeling that Tobey doesn’t have to follow Leo’s rules. The power structure within the Posse will never fail to be fascinating to me. Leo is clearly the “king” of the Posse, but I suspect Tobey is the power behind the throne. 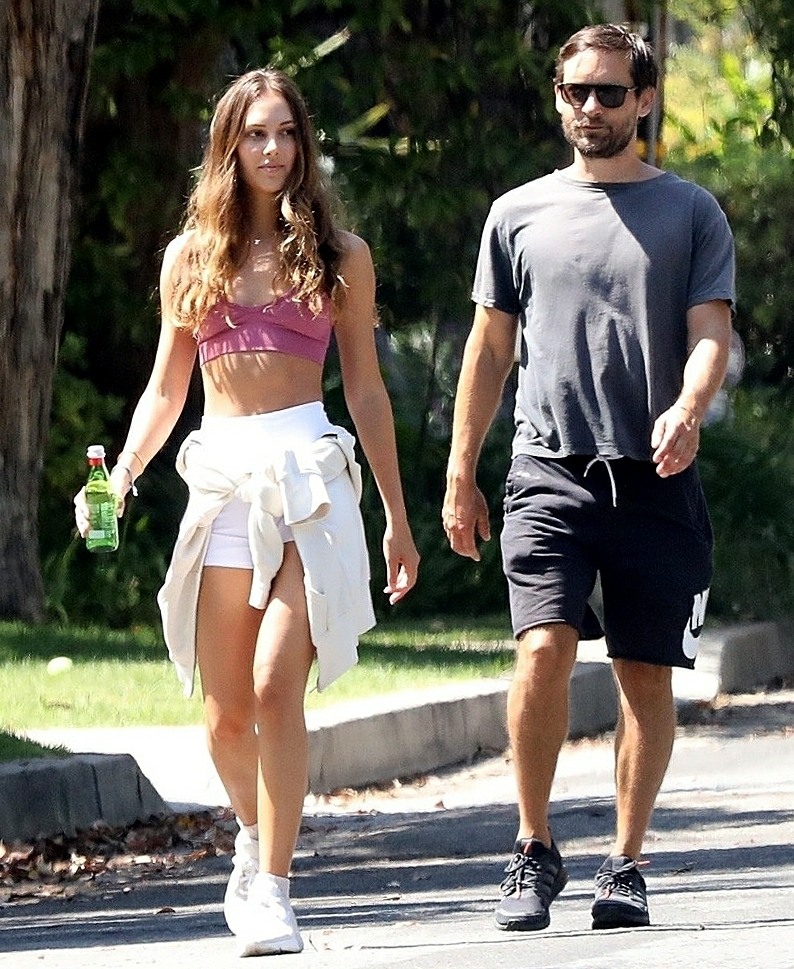 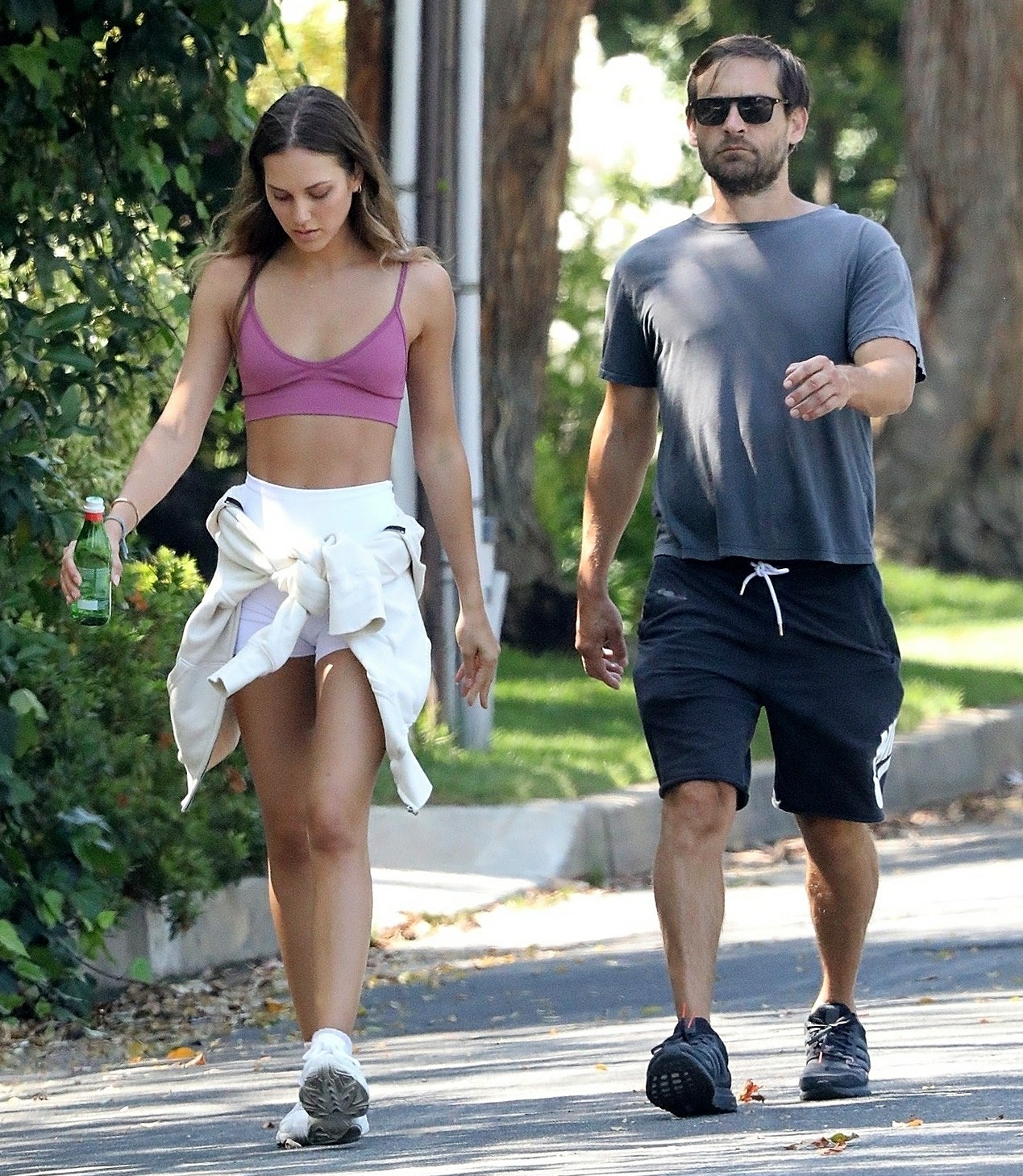 28 Responses to “Tobey Maguire, 44, and girlfriend Tatiana Dieteman, 27, went for a walk in LA”