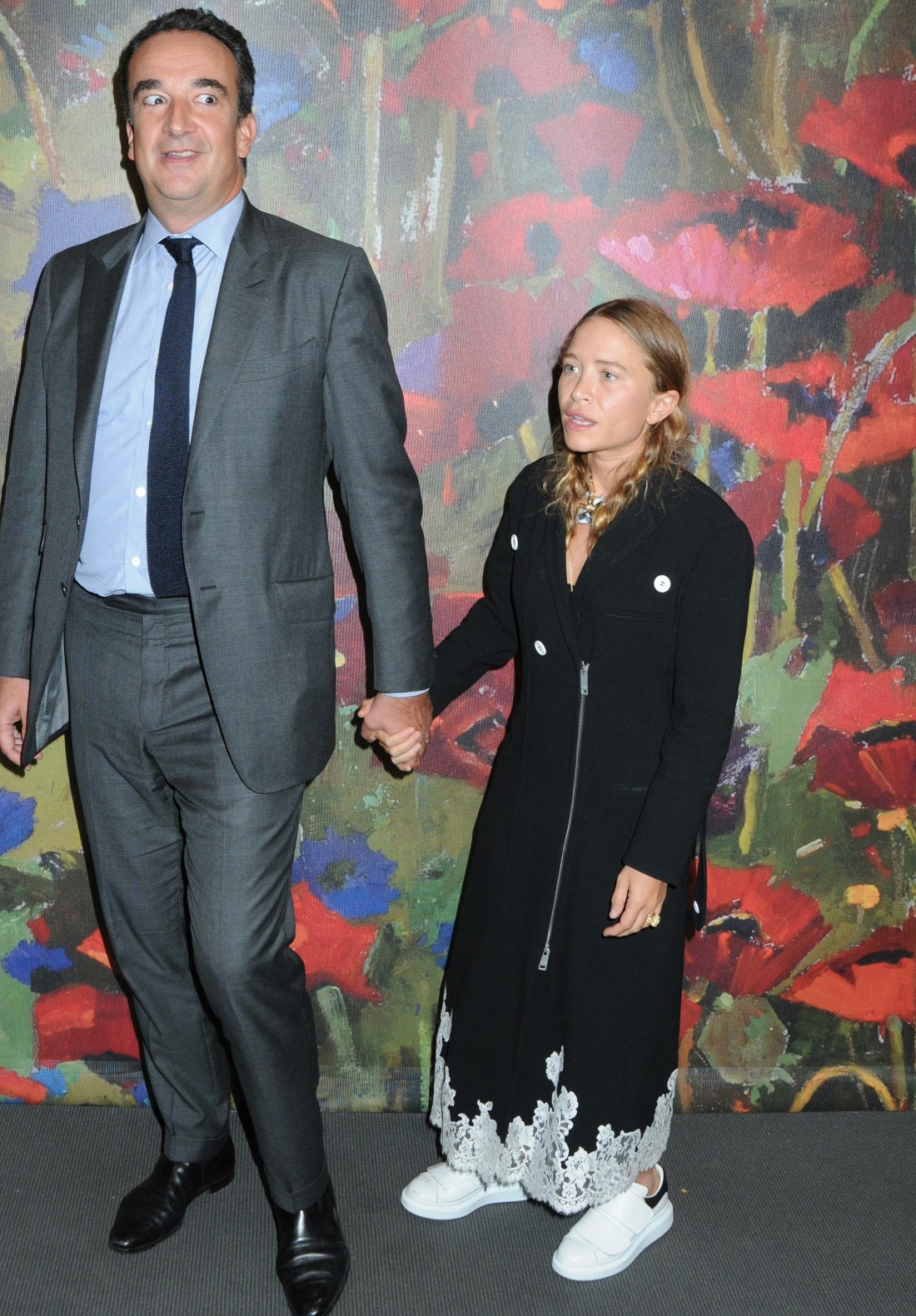 Back when Mary-Kate and Ashley Olsen were just little kids, I never would have predicted that they would turn out to be such eccentric and private adults. They were blonde and cute – they loved fashion. They could have ended up making mall clothes for the rest of their lives. They could have been falling out of clubs and ripping through A-list and B-list boyfriends. Instead, they seemed to find inspiration from, like, Miss Havisham. They walk red carpets like creepy hobo ghosts. They are respected designers and creators of several major, quality fashion lines. MK is the one who got married – Ashley is single (and she has quietly dated some actors). MK settled down with Olivier Sarkozy, brother to the former French president. Olivier is seventeen years older than Mary-Kate. I never even got much of a vibe one way or the other from then. And I never will, because they’re getting a divorce! Huh.

Mary-Kate Olsen wants to get divorced, but she’s hit a major roadblock — coronavirus, so now she wants an emergency court order to speed things along. Mary-Kate says her attorneys got an email from her husband, Pierre Olivier Sarkozy’s attorneys this week giving her a May 18 deadline to get her stuff out of their NYC apartment. She claims Pierre is trying to force her out, because he terminated their lease without her knowledge.

She says she’s been asking Pierre to give her until May 30, but claims he hasn’t responded.

In the docs, obtained by TMZ, she says she can’t meet the deadline — this coming Monday — because of quarantine guidelines in the city. Mary-Kate says the only way she can protect her property is if she’s to file a divorce petition. That would trigger an automatic court order preventing him from disposing of her property.

Mary-Kate says she signed a petition for divorce back on April 17, but was informed NY courts were not accepting divorce filings — other than emergencies — due to the COVID-19 pandemic that was raging in the city. She’s requesting an emergency order to allow her to file the divorce. She’s included her divorce petition in the filing, and in those docs, she requests their prenuptial agreement be enforced.

Olivier, a French banker, and Mary-Kate tied the knot in November 2015 in an intimate Manhattan ceremony. They started dating in 2012. They don’t have any kids together — Olivier has 2 from his first marriage. This was Mary-Kate’s marriage … and now her first divorce.

Oh, I bet she HATES that this much information is out there. Both twins are so private and this is SO MESSY. From what I understand, Mary-Kate wanted to file for divorce a month ago but the NY courts wouldn’t let her because of the lockdown. So then Olivier decided to screw over his soon-to-be estranged wife by ordering her out of the New York home they shared (and likely split costs?). And MK is the one with a motherf–king prenup, people. I have no doubt that Olivier is rich (he’s always described as a “banker”), but MK has major assets and I’m proud of her for protecting those assets with a prenup. I would also imagine that this apartment is not the only property she owns in New York? Update: okay, yes, this was a leased property, but they have owned property together, and MK has owned property on her own, sorry about the confusion. But that doesn’t matter – no one should be bitchily forcing their spouse out of a cohabitation situation during a pandemic. Merde! 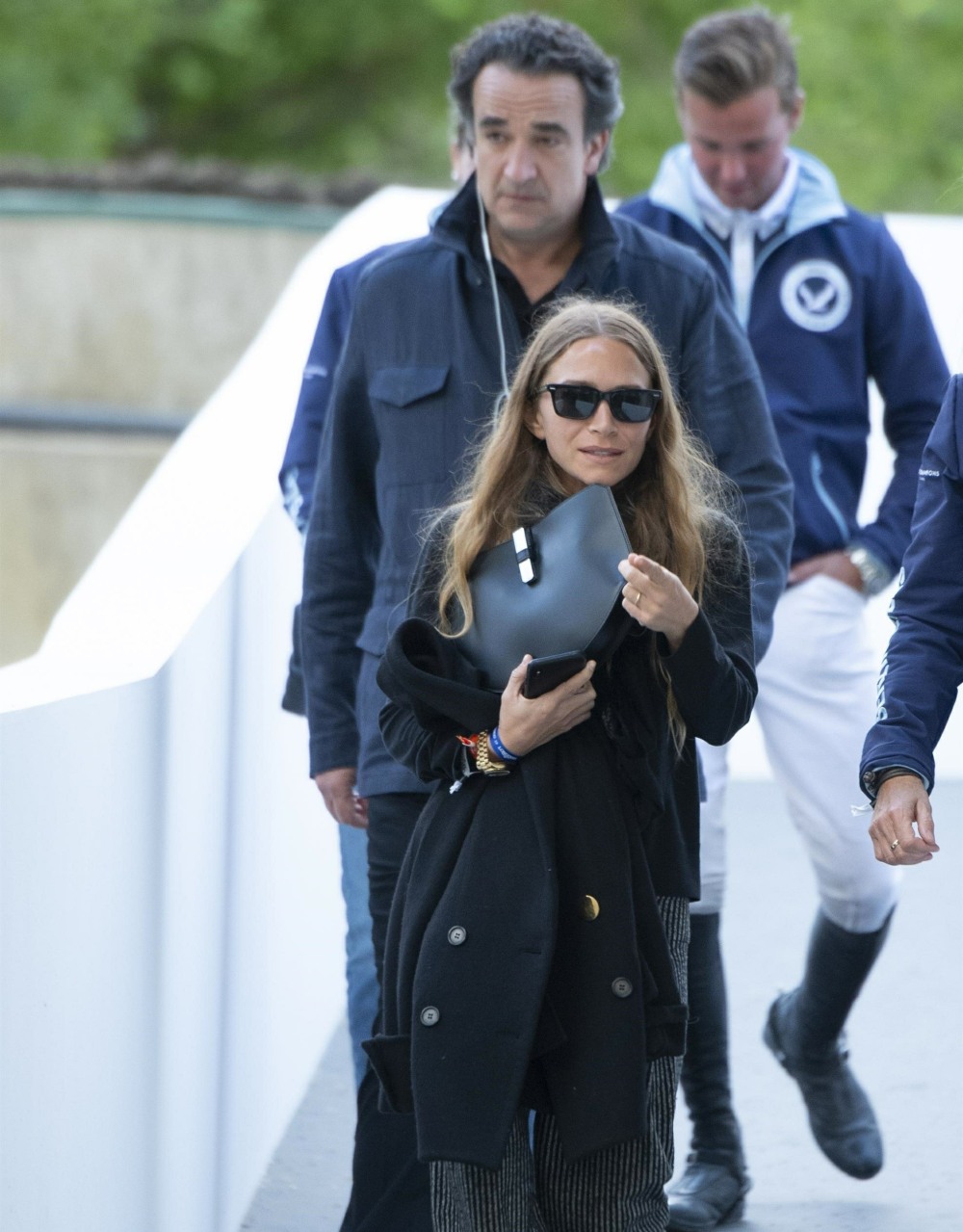