Pandemic study: no one knows what day it is & we’re eating too much 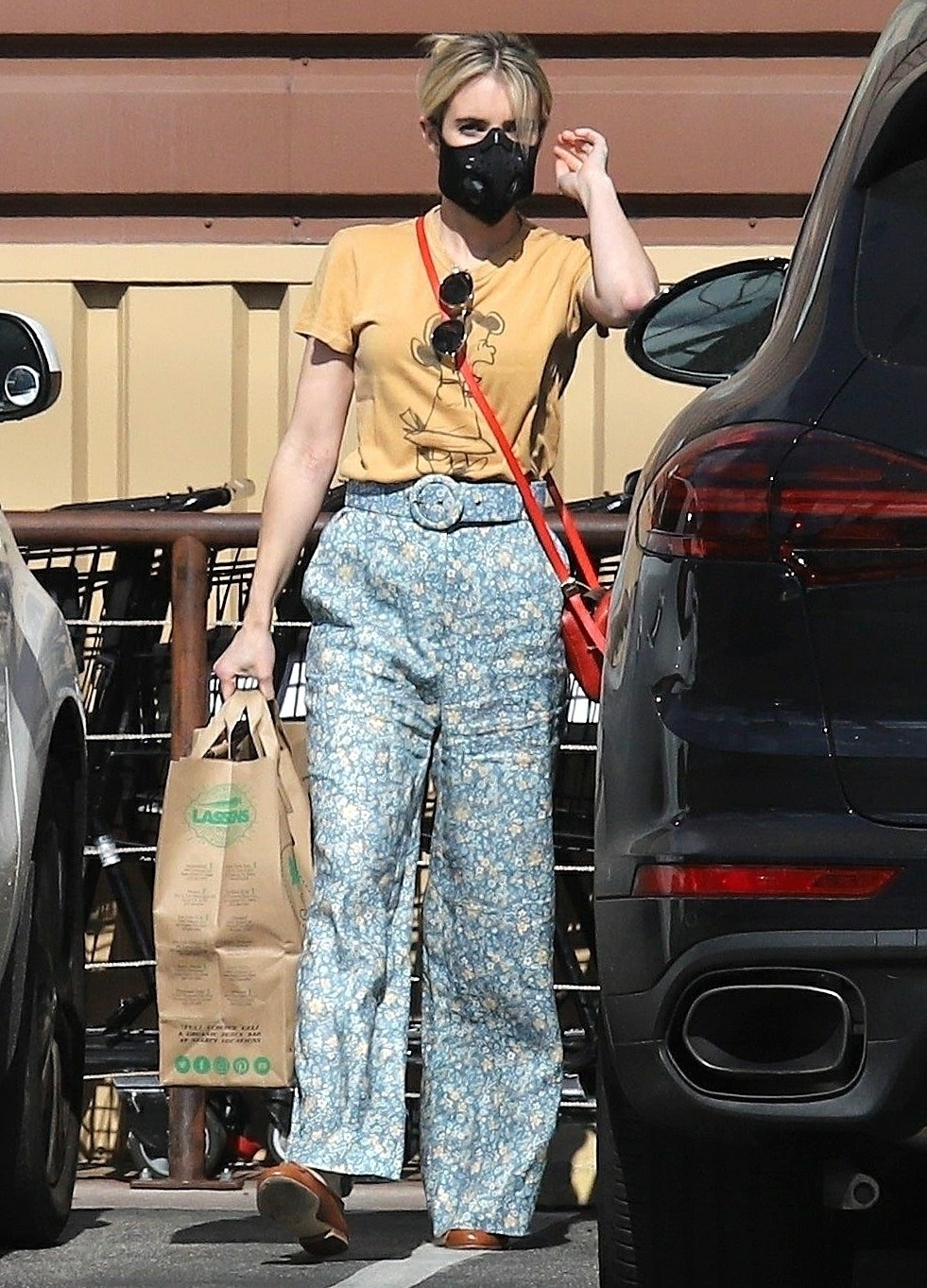 Is anyone else figuring out that they might have masked-face-blindness? I’m not “great” with remembering the faces of real people I meet in the real world, but I’ve always been pretty good at remembering celebrity faces. But now with celebrities wearing bandanas and masks all the time in photos, I can’t recognize anyone. These photos are of Emma Roberts, who did some grocery shopping in a high-quality face mask. I’m in awe of all the straps and everything, although I wouldn’t be able to wear it because A) I’m cheap, B) it would make me claustrophobic and C) I think my head is probably too big for those straps.

Anyway, my late onset masked-face-blindness is only one of my problems during the lockdown. I also can’t remember what day it is, and I’m eating too much. I know I’m not alone. Apparently, someone did a “study” about all of this:

If you’re forgetting what day it is during this period of self-isolation due to the COVID-19 pandemic, you’re not alone. A new survey of 2,000 Americans found that the average American gets confused about what day it is five times every week. A further 80% said the days are all starting to blur together because of all the time spent indoors.

Conducted by OnePoll on behalf of RXBAR, the results showed that 59% of respondents didn’t even know what day it was when they took the survey. This confusion may be taking a toll on people’s motivation as well — as 65% of those polled said they’re struggling to stay motivated during self-isolation. Nearly three-quarters of respondents said they’ve even given up on “real clothes” during self-isolation, opting for loungewear and sweats instead. But this increased comfort does cause some trouble, as respondents reporting feeling unprepared for a video call for work an average of three times a week because of their attire.

Is food the key to this problem? Over one in three of those surveyed said they’re using snacks as a motivating tool. In fact, 69% of those surveyed said they blew through their snack stockpile quicker than they planned. The top reason behind respondents’ isolation snacking is having a variety of options, closely followed by easy access and boredom. All this snacking is leaving respondents frustrated, however, as 65% said they’re upset that they tend to eat all day during their time in self-isolation. And a further seven in 10 respondents also said they’re craving fresh produce more than ever before.

I’ve worked from home for about twelve years, and it’s been slightly amusing to me to see how off-kilter so many people are with working from home. It suits my personality so much, and I find the key is making up my own schedule and sticking to it. I used to go to the gym Monday-Wednesday-Friday in the afternoon at a certain time. When my gym closed for the lockdown, it took me about two weeks to figure out that I was so off-kilter because I needed to replace that gym schedule (and I did replace it with afternoon walks). But all the time at home and all of the takeout options… yeah, I’m eating more. March and early April was the worst of “I don’t know what day it is.”

PS… I hate myself for loving Emma’s trousers. 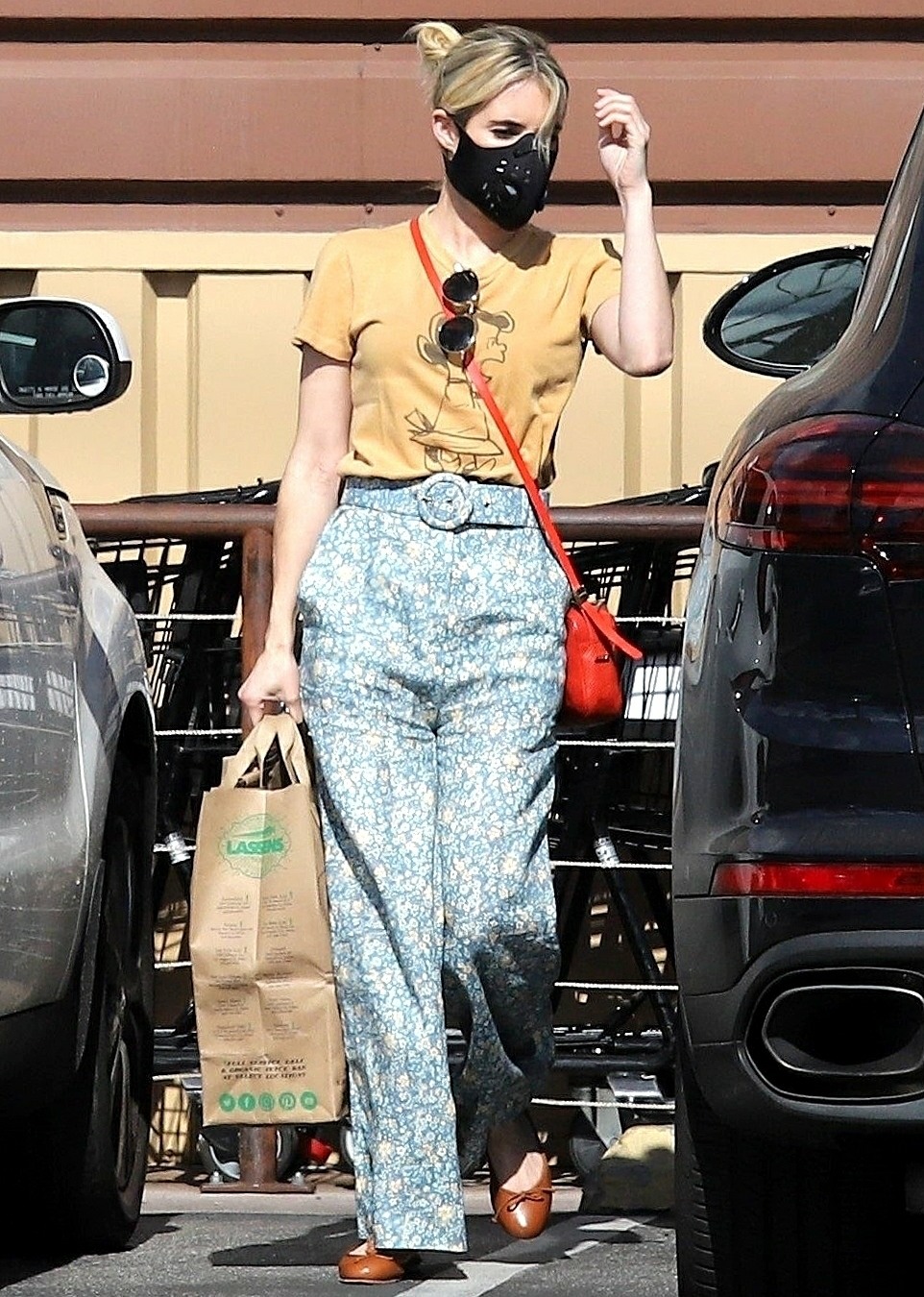 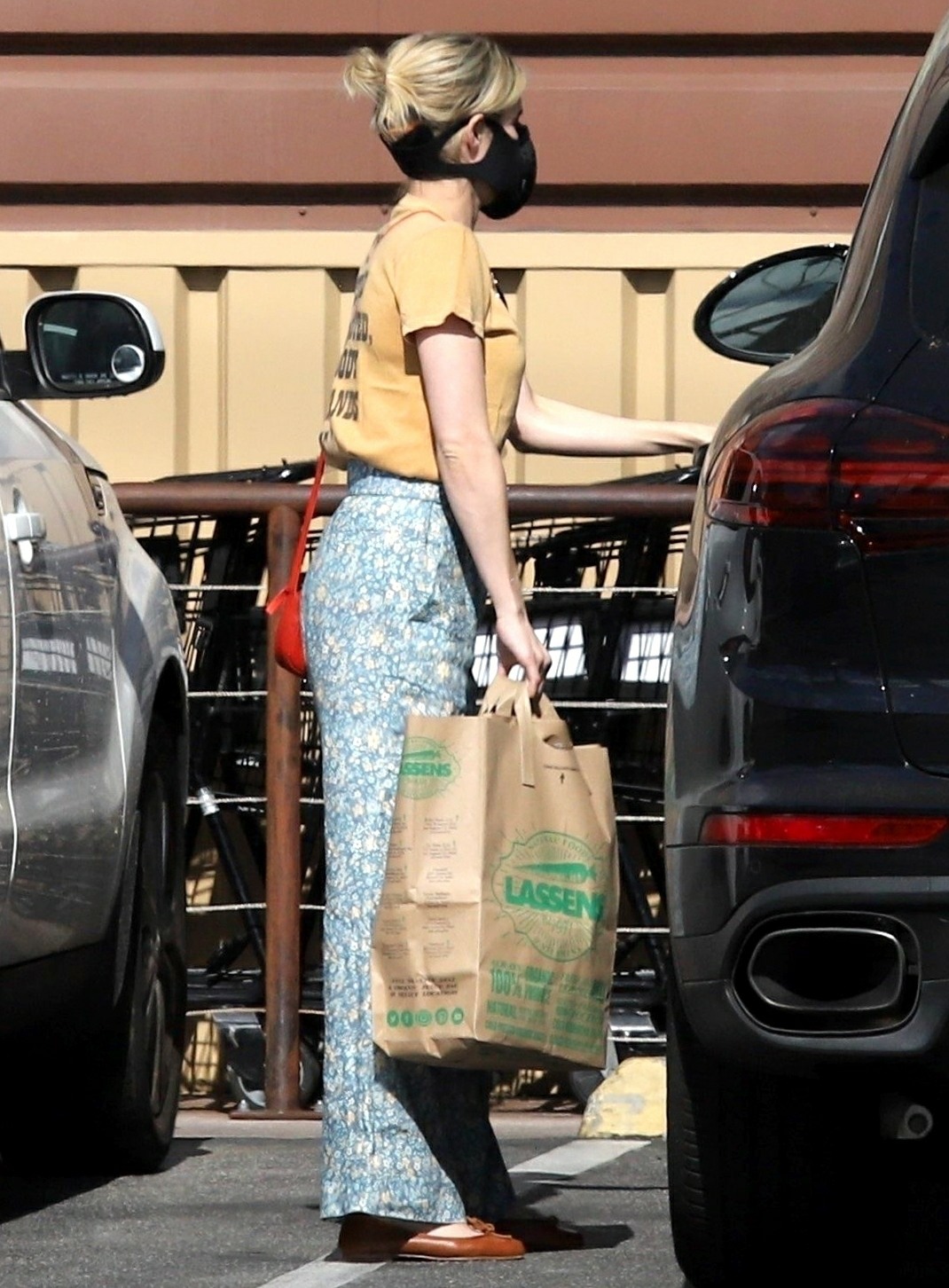 42 Responses to “Pandemic study: no one knows what day it is & we’re eating too much”