Nicole Richie’s binge watching rules: If you finish a season, wait a day for the next one 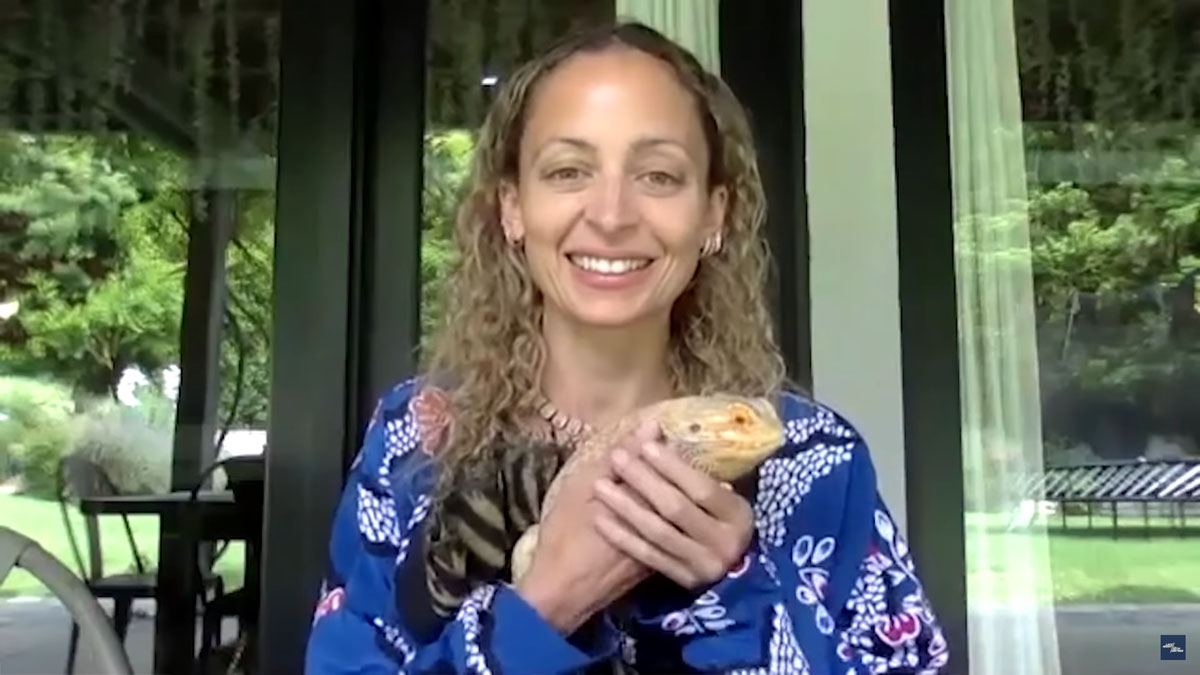 Nicole Richie was on Late Night with Seth Meyers promoting her new Quibi show. I’ve heard almost nothing about Quibi except for the occasional celebrity interview and the analysis of how spectacularly it’s failing. I don’t think we’ll be talking about it much longer. Nicole’s show is called Nikki Fre$h, which is her rap name, and it’s a bizarre mix of her hanging out with her friends, rapping, and trying to spread awareness of sustainability and gardening. She’s trying to educate people through rap and Bill Nye is in it. I’m only going on her interview and the minute and a half trailer I saw. Nicole was kind of charming on Seth. She was outside as she said the lighting is the best there, and she talked about the fact that she’s been binge watching The Sopranos with her husband and is going to be sad when it’s over. Also, she showed off her bearded dragon, Speedy, whom she said is about two or three.

On binge watching the Sopranos with her husband, Joel Madden
This is my first time actually. I needed someone to guide me a little bit. You have to put your phone down and it’s a slow romance with this family. Now I’m just so deep in. I took it as family, parenthood, marriage and then the mob. The mob stuff, a lot of it went right over my head. My brain doesn’t work like that. I’m on 6B. I’m not ready to say goodbye.

I watched the whole thing in about two months. To watch the son have any sort of sexual scene is very disturbing to me.

I have a rule that when I’m done with a season, I won’t watch another episode. I’ll wait until the next night just to give myself a little bit of a break.

Honestly I’ve never seen The Sopranos! HBO is giving away so many of its series for free, but I’ll be honest I use my dad’s login for the rest. (Thanks dad!) I was considering binging The Sopranos before seeing this and I just might, but I’m really seeking escapist, stupid entertainment that does not challenge me at all. (I’m watching 911: Lone Star and What We Do in The Shadows now. One will not make you ashamed to watch it.)

Here is the first part of Nicole’s interview. The second part is here.

28 Responses to “Nicole Richie’s binge watching rules: If you finish a season, wait a day for the next one”