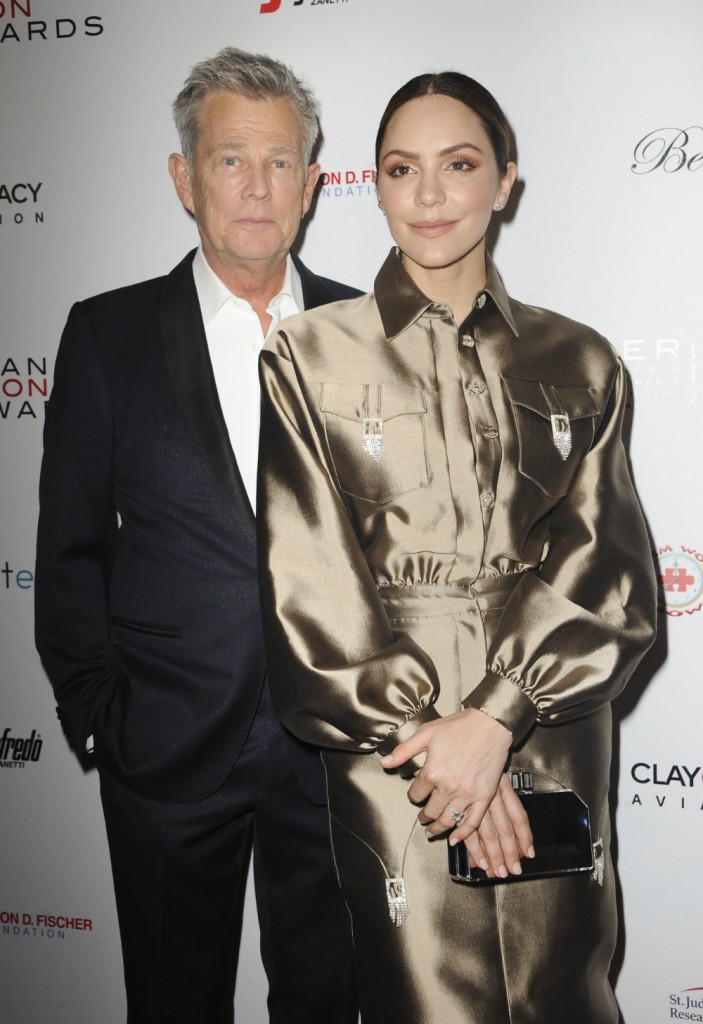 Katharine McPhee and the cast of SMASH are reuniting tonight to stream 2015’s Bombshell in Concert to benefit the Actors Fund which helps Broadway actors struggling for resources. The whole cast is coming back, including Debra Messing and Leslie Odom, Jr. and Renee Zellweger is introducing the show. While promoting the benefit to Access Hollywood, Kit Hoover asked Katharine about a throwback photo she’d posted in January 2019 of herself and Meghan Markle when they attended the same performing arts school. Katharine said Meghan was in high school, the same class as her sister, while Katharine was in middle school so they weren’t close friends back then. Years later, when Katharine was performing Waitress in the West End, she and husband David Foster connected with the Sussexes at a fundraiser. She claims Prince Harry and David formed a very special relationship, one in which David has become a father figure to Harry.

Breaking it all down! Katharine McPhee gave some insight into her husband David Foster’s friendship with Prince Harry as well as her history with Meghan Markle.

“When I was in London doing Waitress [on the West End], we went to a big charity event. Me and David just put ourselves in a position where we could just at least say hello, and they were really gracious,” the American Idol season 5 runner-up, 36, told Access on Monday, May 18.

“My husband has, like, a really, really beautiful relationship with Harry,” she continued. “They’re so cute. They’re like father and son. We just stay in touch with them.”

She also spoke about Foster, 70, helping the Duke and Duchess of Sussex find a house in Canada to rent in December 2019.

“We just want them to end up wherever they feel safest and happiest,” she told Access. “I had very little to do with that [Canada home]. David’s the one who’s the resource guy. He knows all the places. He loves to help people. We just hope they end up somewhere where they feel like they can really settle down.”

Kit asked Katharine about the relationship, so I don’t think Katharine was exploiting it or anything, but the story is so random. Mainly it sounds like this very special relationship all started about a year ago when she was doing Waitress, so that was… fast. As far as I can make out, neither Katharine nor David attended the Sussex wedding. But maybe Harry and David just got on like a house on fire from the beginning. As far as David releasing the information that he’d helped them with their Canadian retreat last year, I find it kind of funny how many famous people want their names attached to the Sussexes’ residences.

I’m sure David and Harry do have a nice relationship, but I am also sure that folks are working extra hard to get their names in the same sentence as both Harry and Meghan. I do find Katharine’s phrasing interesting, though. Katharine is speaking about Prince Harry and her husband’s relationship as “father and son” when Harry is only six months younger than Katherine herself. Were I Katherine, I would probably try to stay away from any parental analogies when referring to my spouse’s relationship with someone my age.

Here’s the interview. Katharine and David are coming up on their first year anniversary so there are some nice shots of her wedding dress shown in it: 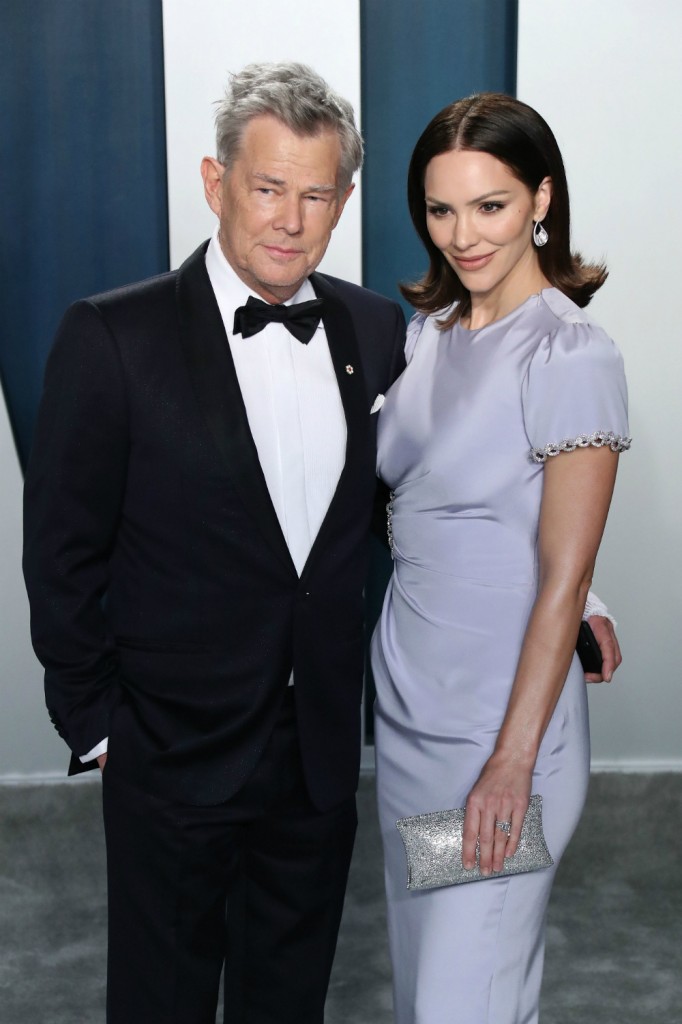