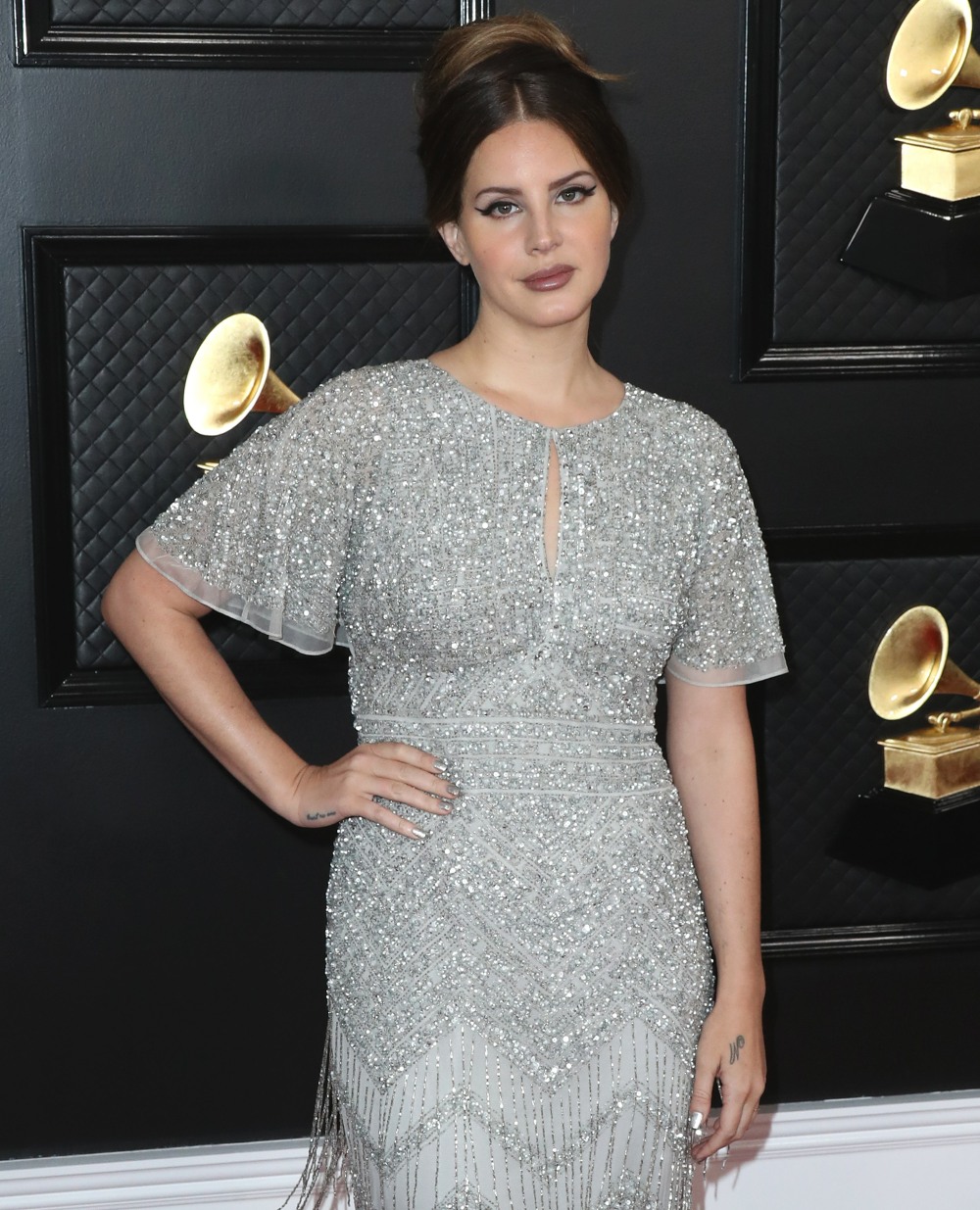 If I was younger and I still lived and breathed stan culture, perhaps I would be in my feelings about Lana del Rey’s new statement. But as it is, I just find it funny. Lana is so chaotic and amazing, I think we might have to stan if just for the much-needed DRAMA of it all. Lana announced that her new album – a follow-up to the critically acclaimed Norman F–king Rockwell – will be out in early September. She announced the album with a statement on her Instagram which is just so unnecessarily bitter and shady. I LOVE HER.

In a statement posted to her Instagram account, the “Summertime Sadness” singer wrote: “Now that Doja Cat, Ariana, Camila, Cardi B, Kehlani and Nicki Minaj and Beyonce have had number ones with songs about being sexy, wearing no clothes, f—ing, cheating, etc – can I please go back to singing about being embodied, feeling beautiful by being in love even if the relationship is not perfect, or dancing for money – or whatever I want – without being crucified or saying that I’m glamorizing abuse?”

Del Rey takes a stand on “female writers and alt-singers” who accuse her glamorizing abuse “when in reality,” she continues, “I’m just a glamorous person singing about the realities of what we are all now seeing are very prevalent abusive relationships all over the world.”

She continues, “With all of the topics women are finally allowed to explore I just want to say over the last ten years I think it’s pathetic that my minor lyrical exploration detailing my sometimes submissive or passive roles in my relationships has often made people say I’ve set women back hundreds of years.”

There’s clearly no shortage of ammunition for her next projects, which she mentions in the final stanza. “Anyways,” she writes, “none of this has anything to do about much but I’ll be detailing some of my feelings in my next two books of poetry (mostly the second one) with Simon and Schuster. Yes I’m still making personal reparations with the proceeds of the book to my choice of Native American foundations which I’m very happy about. And I’m sure there will be tinges of what I’ve been pondering in my new album,” which is set for Sept. 5.”

People – youths? – are mad because they think Lana is, like, calling out their fave? When really she’s just saying that she was the first and your fave followed HER. Which is a separate issue. She’s not saying Beyonce, Nicki, Cardi, Ari, Doja, etc are trash, she’s saying that they’ve all been copying her, that she was the first person to sing about abusive relationships and falling in love with problematic men and making terrible love mistakes. Which… is not true. Lana was not the first, and she’s delusional for thinking that and saying that. But also, lmao. She’s ridiculous and her album announcement got the chaotic energy she wanted. (Also, I saw this on Twitter: Lana did this on the first day of Gemini Season OH MY GOD LMAO).

lana’s message turning us from a quiet fandom to having 7 different fandoms hate us in one night 😭 pic.twitter.com/lpGZ5Qdkd4

Rihanna not releasing music for so long that Lana didn’t even include her in the letter. pic.twitter.com/IKwh5P8MU3