Earlier this week, Vanity Fair had a scoop on Joe Biden’s vice presidential sweepstakes. Biden has already said that he’ll likely wait until June to announce anything, and obviously he’s focused on vetting candidates now. It’s also somewhat assumed that Biden will be a one-term president no matter what, and that when and if he stands down, his vice president will basically be anointed as the Next One, the next big Democratic Party figure. The veepstakes feel much more important this year, which is why many of us are crossing our fingers for Kamala Harris. But Vanity Fair said that the “dark horse” choice for Biden might be… Amy Klobuchar. She ran for president this year and very few people liked her, but VF’s sources said that Biden thinks she could help him in the midwest. Sigh. She won’t. And I doubt she’ll be a contender for very long now that she’s being formally vetted:

Senator Amy Klobuchar, Democrat of Minnesota, has been asked by Joe Biden to undergo a formal vetting to be considered as his vice presidential running mate, one of several potential contenders now being scrutinized by his aides ahead of a final decision, according to people familiar with the moves.

In an interview with Stephen Colbert on Thursday night, Biden said “no one’s been vetted yet by the team” but confirmed the initial preliminary outreach to gauge interest is “coming to an end now.” Biden said the “invasive” vetting process will soon begin. When pressed on Klobuchar’s chances of making his running mate “short list,” Biden responded positively: “Amy’s first rate, don’t get me wrong.”

The request for information from potential running mates like Klobuchar “is underway,” a senior Biden campaign aide tells CBS News. If a potential contender consents, she should be poised to undergo a rigorous multi-week review of her public and private life and work by a hand-picked group of Biden confidantes, who will review tax returns, public speeches, voting records, past personal relationships and potentially scandalous details from her past.

Biden committed during a March primary debate to pick a woman as his running mate and has previously said the list of women is around a dozen.

Some people were invoking Tim Kaine’s name and claiming that he didn’t give Hillary Clinton anything as her VP choice, and that Klobuchar would be the same. Y’all need to STOP. Tim Kaine was and is a solid dude and a tremendously nice guy. Maybe he wasn’t a “demographic hit,” but the first woman to ever secure the presidential nomination could not have chosen anyone other than a white dude as her running mate. And Tim Kaine remains unproblematic! I’m just saying, here in Virginia, we’ve known and loved Tim Kaine for years. Um, is Amy Klobuchar loved anywhere? Where are these midwestern voters who think she would add something to the ticket? For the love of God, just pick Kamala!! 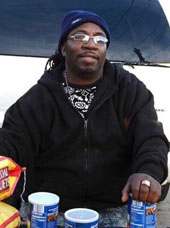 Influencers: 4yo wanted to be rehomed