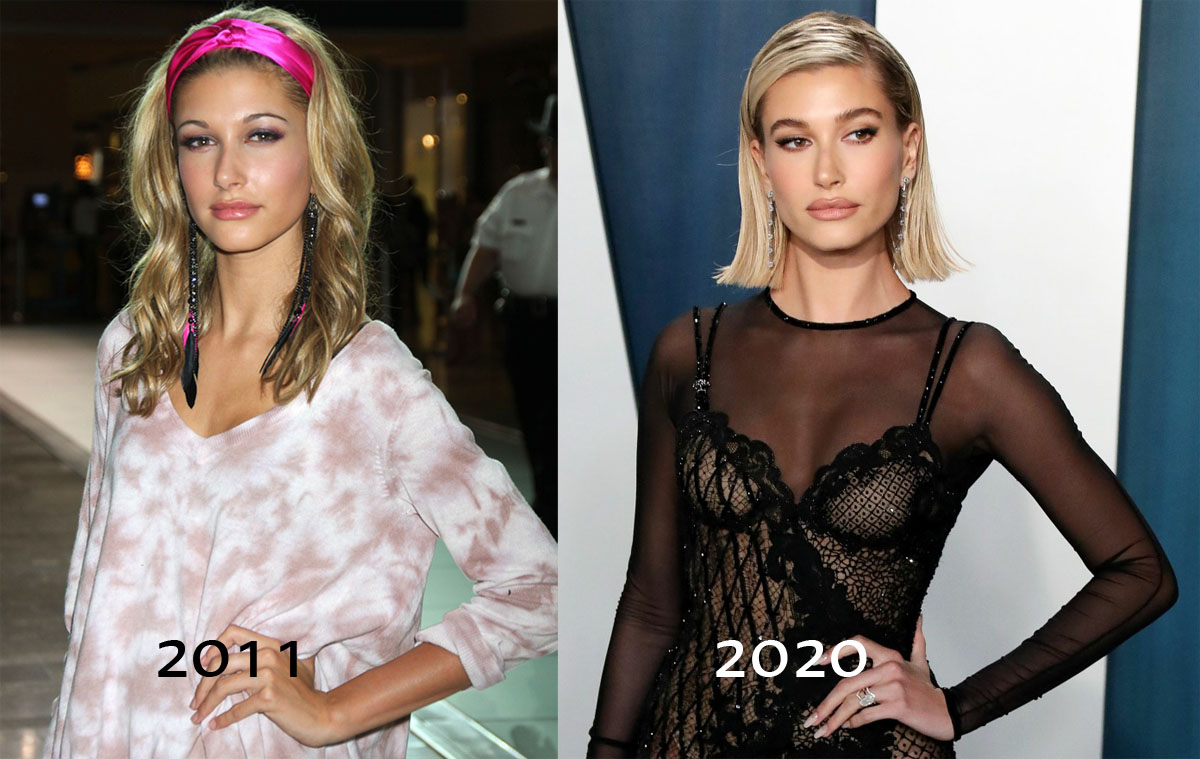 Of all the Insta-models and nepotism models, I always thought that Hailey Baldwin was actually pretty natural? My votes for most-tweaked-looking Insta-models would be Kylie Jenner, Kendall Jenner and Bella Hadid. And I’m saying that as a fan of Bella Hadid, but of course Bella had a nose job and had some other stuff tweaked. Kendall is getting lip work and Kylie looked like she got a head transplant when she turned 18. But Hailey? I genuinely thought the change in her look over the years was mostly about makeup and simple ageing. But someone posted this very old side-by-side:

Hailey Baldwin shuts down accusations she got plastic surgery and insists ‘I’ve never touched my face!’https://t.co/Ke4C0COmm3

The side-by-side comparison was deleted, and it was deleted because Hailey clapped back, as the youths say. She commented:

After an Insta user low-key accused Hailey of messing with her face, Hailey fired back to set the record alllll the way straight. “Stop using pics that are edited by makeup artists! This photo on the right is NOT what I look like….I’ve never touched my face so if you’re gonna sit around and compare me at 13 and then me at 23, at least use a natural photo that wasn’t edited so crazy.”

Yeah, the photo is Hailey when she had barely begun puberty? It’s one thing to compare Bella Hadid’s nose at 16/17 versus someone looking different at 13! I went through the photo archives to look at Hailey’s early public appearances, and I honestly don’t see that much of a difference? The makeup is very different and that’s about it. She even has the same nose now that she had in 2011. 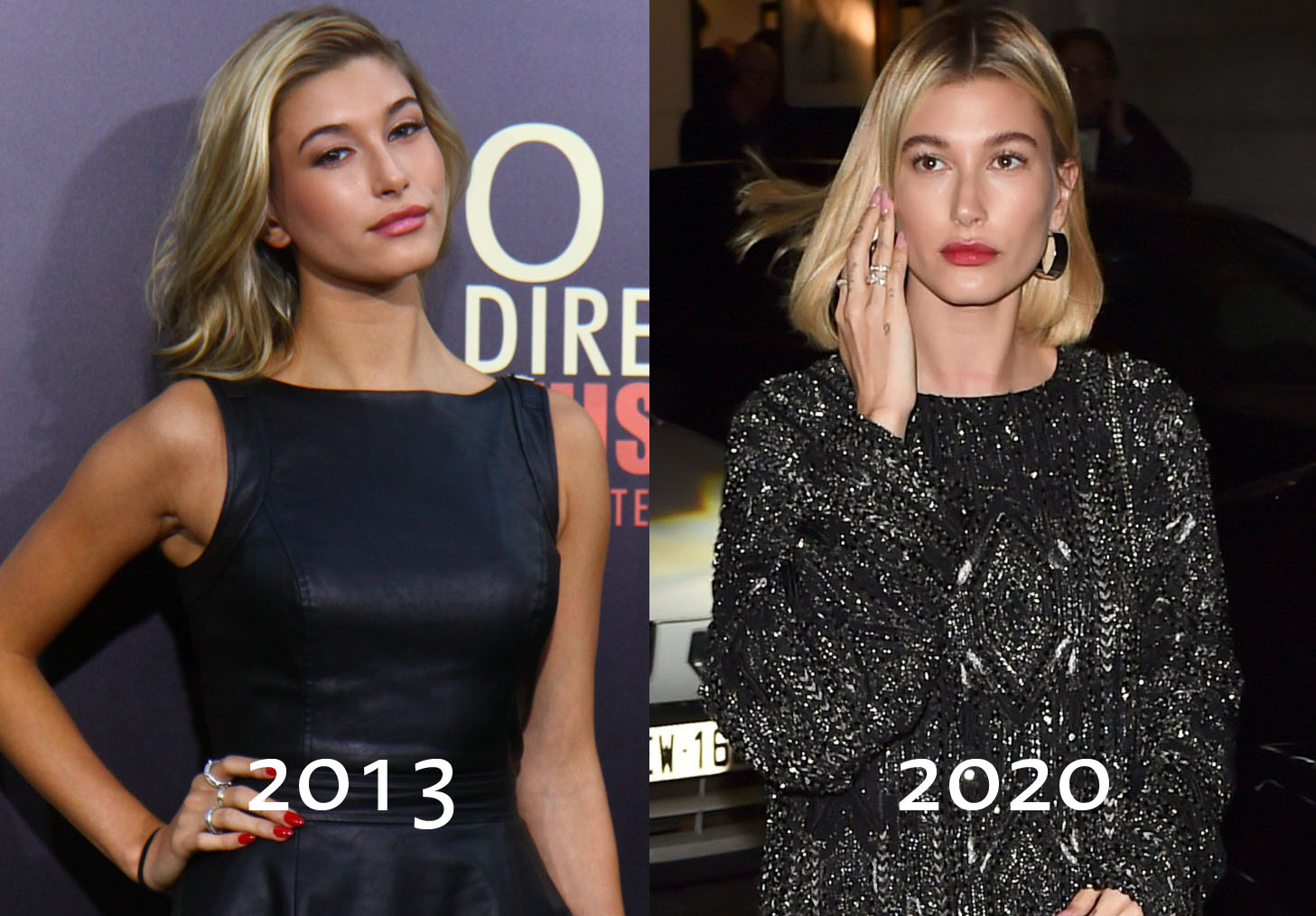