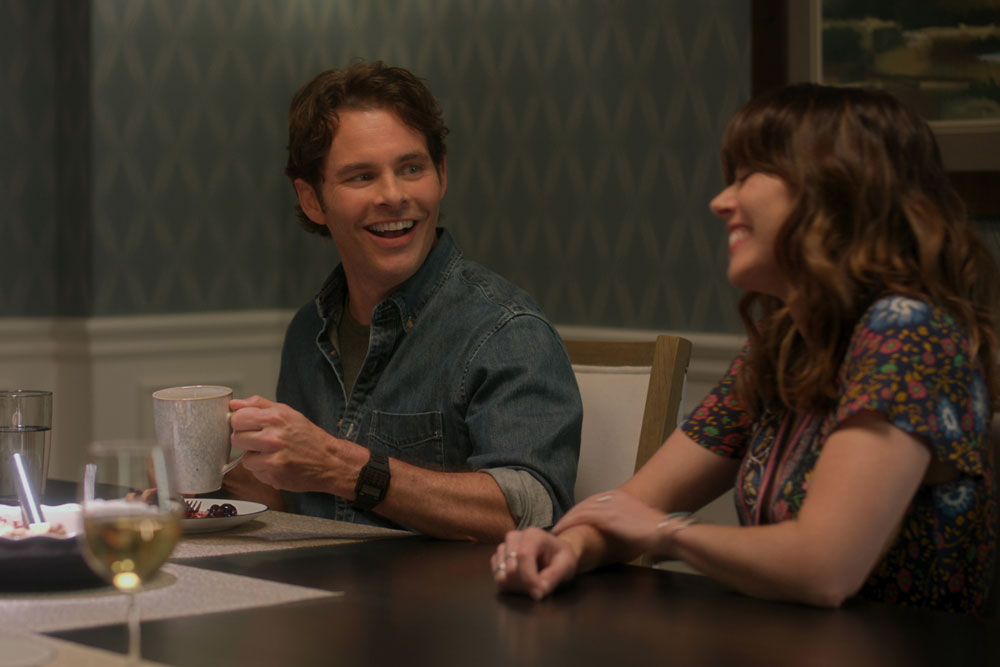 Mild spoilers for Dead to Me up until about episode 2 of season 2
James Marsden was on The Ellen Show to promote Dead to Me, the second season of which is available on Netflix now. Those of you who have seen it know what I’m referring to in the title! He was looking so cute with his hair all grown out and his face was a little fuller too. He said he started off the lockdown by giving himself a schedule and plan, but that soon went by the wayside and now he’s just binge watching Schitt’s Creek and eating ice cream. I could relate to that so much. James also revealed how he got a role on the second season of Dead to Me despite the fact that his character died at the end of the first. He called the show’s creator, Liz Feldman, to wish her well and ask if his character could survive. She wrote in a role for him as his dead character’s twin. Is that how charming James Marsden is, that he can convince a showrunner to write him in as his own goofy twin? He even admitted it was like a soap opera plot! He’s getting the most headlines for saying that Julia Roberts got him a role in Hairspray, but that’s not how it happened. He made it sound like she just said something nice about him, but that he already had the part.

On how he’s doing in lockdown
I had big ideas about what I was going to do with my day. I actually wrote down a whole daily schedule, “Wake up at 8, have an hour of meditation, eat something healthy. 11 go for a walk, social distance.” That lasted for about a week or two and then I realize that worked really well as toilet paper. Now it’s like ‘how fast can I get through a pint of ice cream.’ Schitt’s Creek I’m catching up on. It’s brilliant. Catherine O’Hara is the Meryl Streep of comedy.

On his encounter with Julia Roberts early in his career
I was sitting down with Adam Schenkman, the director [of Hairspray], Craig Zadan and Neil Meron [producers] at the time at an empty restaurant off Broadway in New York City. We were just talking about, potentially me playing the role of Corny Collins. In the middle of the interview I had a tap on my shoulder. It was Julia Roberts. She said ‘I’m sorry I didn’t want to interrupt but you’re in my favorite movie, The Notebook. I love what you do in the film and congratulations on it.’ Adam [said] ‘if you didn’t have the job already, I think that sort of seals it.’

On his role in the second season of Dead to Me
At first I was like ‘oh a twin, the kind of classic soap opera trope. Can we pull this off?’ I called Liz [at the end of the first season] and said ‘congratulations on the success, is there any way I can survive a head trauma drowning? Is there any way this guy survives this?’ We laughed about it and she emailed me back about two weeks later and said ‘I know you’re kidding but what about bringing you back as a twin brother?’ I was all for it. I know it’s kind of a silly concept, but I like how Liz leaned into the soapy element of it. It was fun.

This reminds me to just ask more people for things. Motivational speakers always tell you just to contact people and ask for stuff and that’s hard for me! As for James’ new character, I stopped watching Dead to Me right around the time he showed up, but as I’ve mentioned before it was more about how much the characters were drinking.

I wonder who James is quarantined with. James, 46, has been dating a 31-year-old British musician named Edei since 2015. He has three children with two different women: son Jack, 18, and daughter Mary James, 14, with ex-wife Lisa Linde, whom he was married to from 2000 to 2011, and son William Luca, 6, with ex-girlfriend Rose Costa. Edei looks young, but she’s over 30 now and they’ve been together for quite a while. James keeps his life very private, doesn’t he? Maybe he also benefits from the fact that he’s at the perfect level of fame to get work and be recognizable, but not to draw a lot of interest in his personal life. He could change that if he wanted to. His girlfriend does post about him on Instagram, and they look really sweet together. He poses with her at a lot of events too. 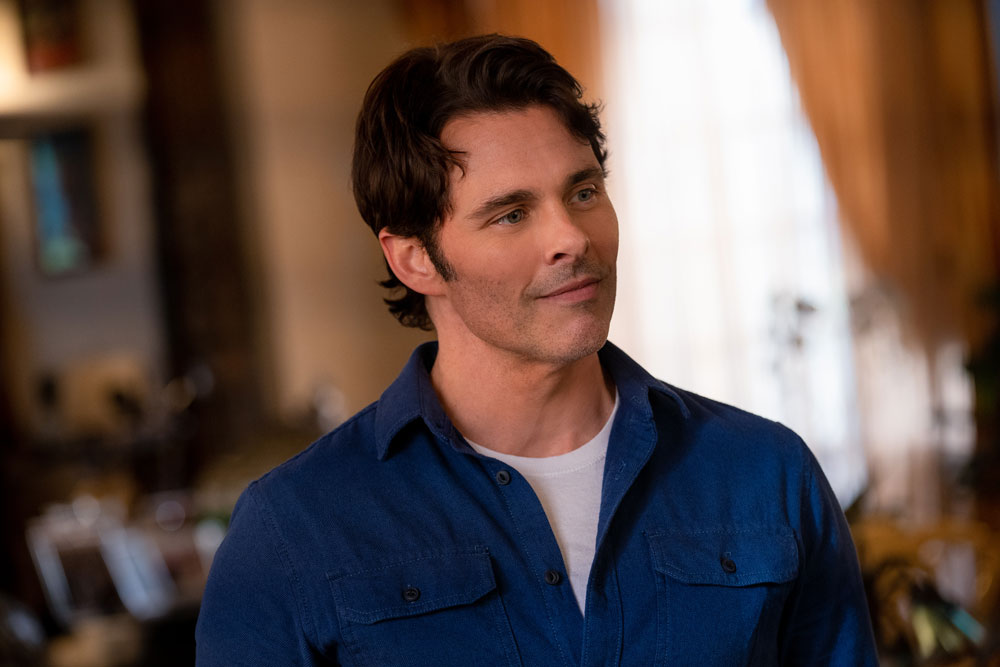 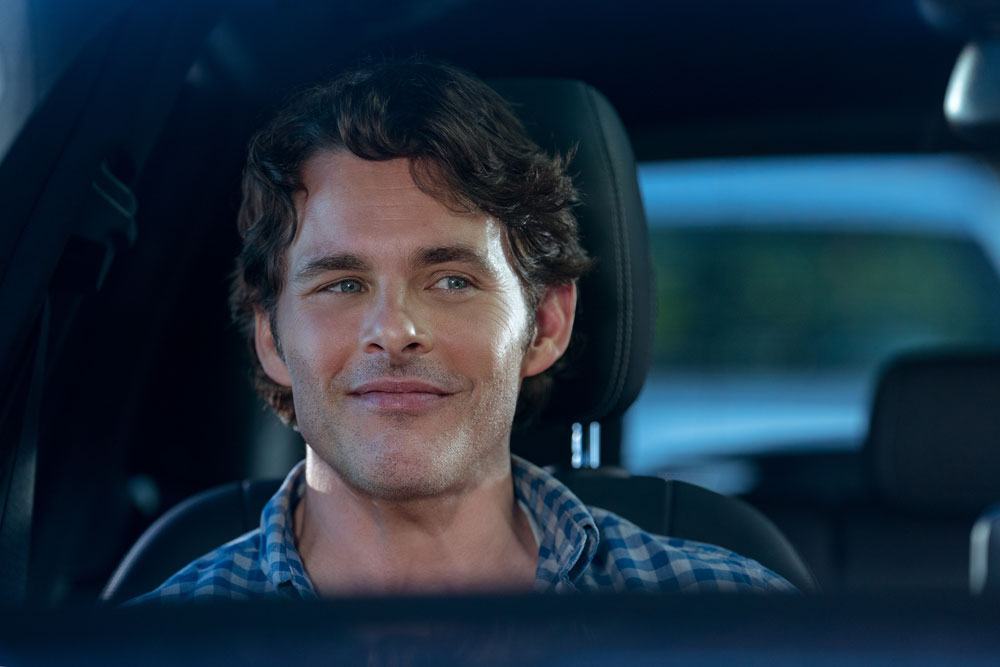