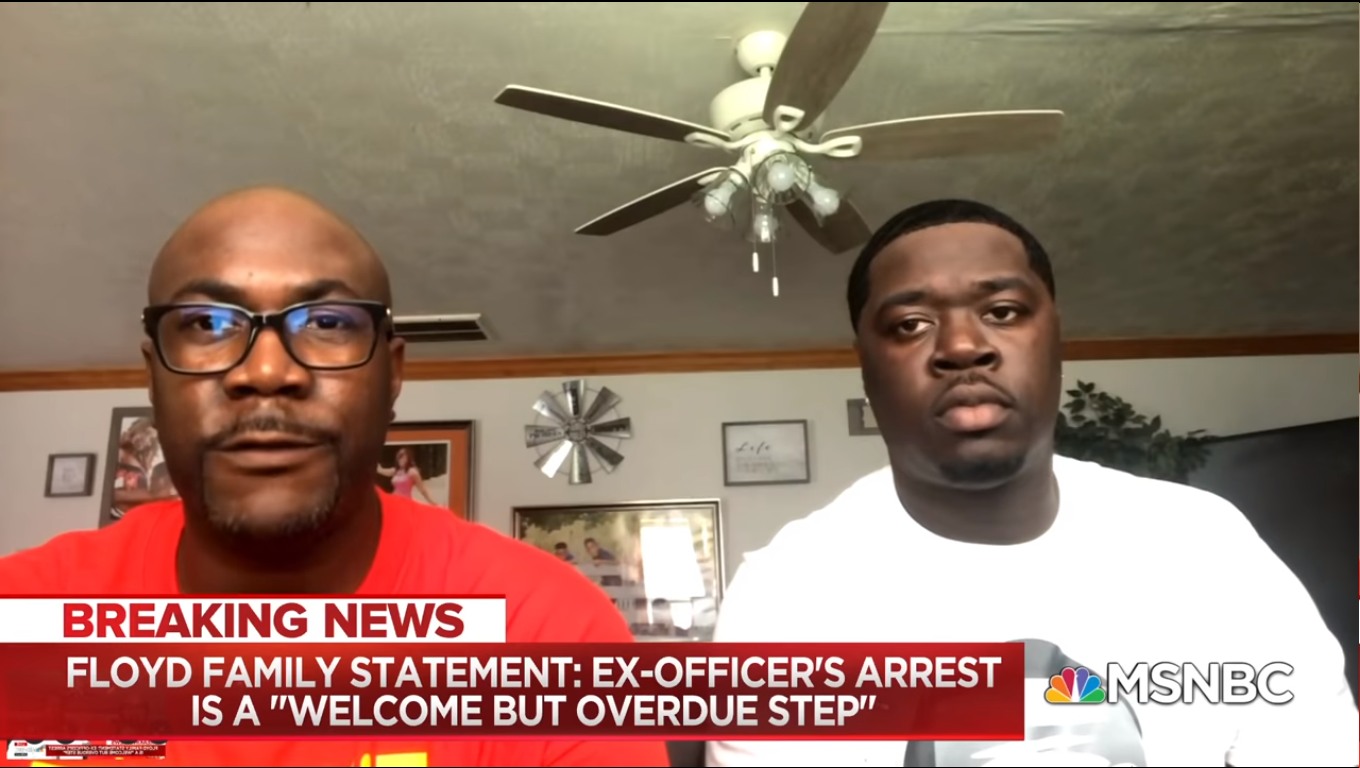 One week ago, Derek Chauvin and three other Minneapolis police officers murdered George Floyd. Thus far, Chauvin is the only one who has been arrested – he was the one who put his knee on Floyd’s neck. It’s completely asinine that the three other cops have not been arrested and charged (they’ve only been fired). Over the weekend, George Floyd’s brother Philonise Floyd spoke to Al Sharpton on Rev. Al’s MSNBC show. Philonise spoke about his two calls with Joe Biden and Donald Trump:

As protests erupt across the country, Philonise Floyd virtually spoke with MSNBC’s Al Sharpton on Saturday and talked about the conversations he had with President Donald Trump and former vice president Joe Biden, who is the presumptive Democratic nominee in the 2020 presidential election.

“I never had to beg a man before but I asked [Biden] could he please, please get justice for my brother, please. Because I need it, I just don’t want to see him on a shirt like those other guys. Nobody deserves that,” said Floyd, who was joined by his nephew Brandon Williams and their family attorney Ben Crump.

Meanwhile, Floyd said his call with Trump was much different. “It was so fast. He didn’t give me the opportunity to even speak. It was hard. I was trying to talk to him but he just kept like pushing me off like ‘I don’t want to hear what you’re talking about.’ I just told him I want justice. I said that I can’t believe that they committed a modern-day lynching in broad daylight,” he shared. “I can’t stand for that, that hurt me. I just don’t understand, man,” he said as he became emotional and fought back tears. “Why we have to go through this? Why we gotta have all this pain, man? I love my brother. I’m never going to see him again.”

Also during the MSNBC interview, Floyd gave his thoughts about former officer Derek Chauvin and the other police officers in the nine-minute video, which shows Floyd’s brother George groaning in pain while bystanders plead with Chauvin to be more gentle as he repeatedly asks for help.

“They all need to be convicted of first-degree murder, and given the death penalty because they didn’t care about what they wanted to do with my brother. He wasn’t a person to them, he was scum. He was nothing,” he told Sharpton. “I can imagine how many people they did like that. I don’t need them on the streets to kill anybody else. I’m hurt, my family is hurt. His kids are hurt. They will grow up without a father. Everybody is crying and in pain right now. So if they could do anything please arrest those other officers.”

I’m including the video interview below. The fact that Trump couldn’t even feign empathy for a few minutes on a phone call is not surprising. The fact that Trump spoke OVER a grieving brother is not surprising either. But… Jesus, it just underlines how we’re without any kind of leadership, right? We have zero ACTUAL leadership, and we have no “healer in chief.” This interview is heartbreaking.