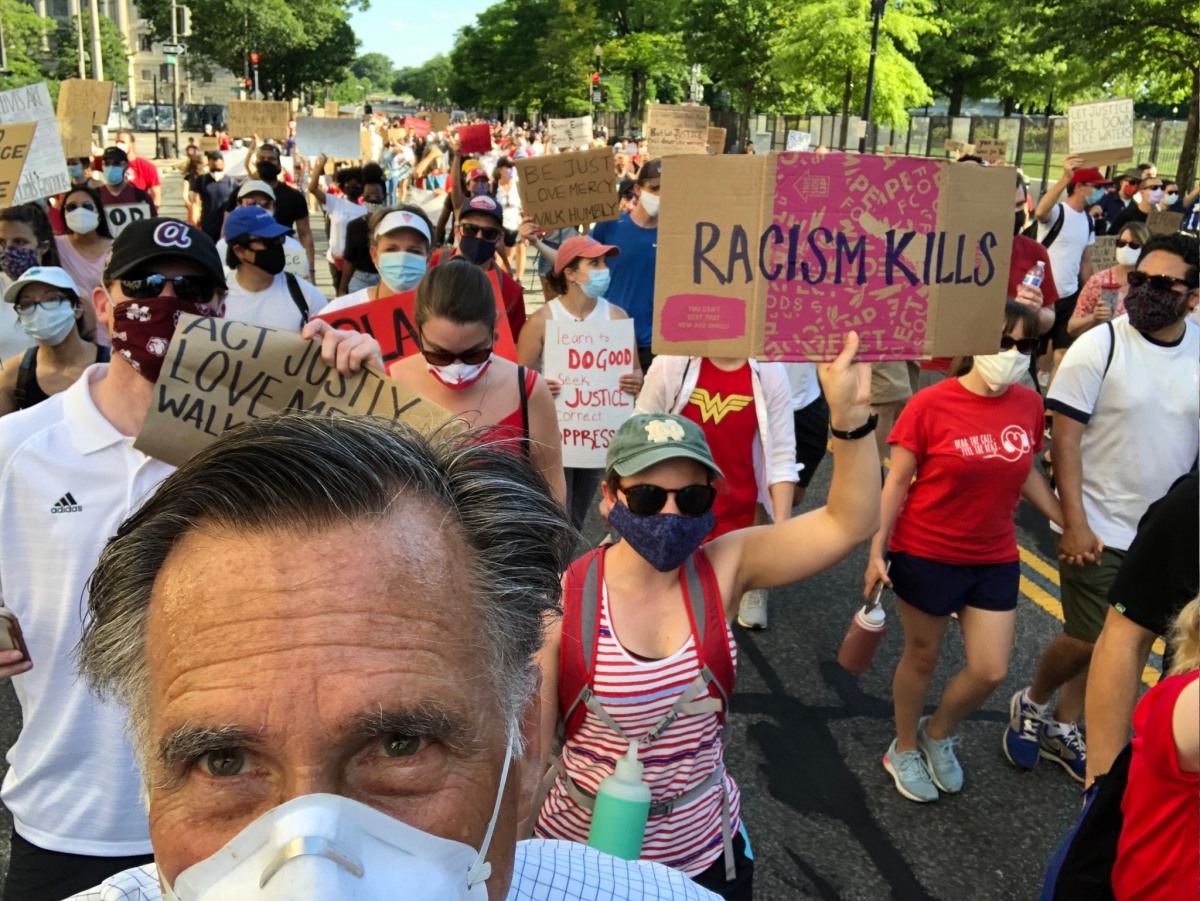 Mitt Romney’s father George Romney was truly a progressive voice in the Republican Party in the 1960s. The Atlantic did a piece in 2012 about George Romney’s commitment to civil rights, when Mitt was running for president and refusing to speak on the larger civil rights issues his father had championed. George Romney supported the Civil Rights Act of 1964 and Martin Luther King Jr’s movement and was a zealous proponent of desegregation and economic equality.

Meanwhile, Mitt… *sad clown noise*… um, never publicly championed civil rights or anti-racism or anything like that. But Mittens has had time to ponder. And so he decided to become the first major Republican to walk with racial justice protesters. He stepped out at a protest yesterday in DC and posted photos on social media with the simple statement “Black Lives Matter.” He also spoke to a Washington Post reporter as he marched:

.@MittRomney is marching with a group of nearly 1,000 Christians to the White House. Here he is on video saying why he’s walking: “… to make sure that people understand that Black Lives Matter” https://t.co/KCxJNchCMs pic.twitter.com/Za0Am2WL8g

Romney’s group of protesters was a subset of 1000-1500 evangelicals from the DC area who decided to join the existing protests in Washington. He reportedly stayed for about 90 minutes. Romney’s aide said Mitt’s decision to join the protest was “spontaneous.” I mean… good for him. It’s a good first step. Let’s see if he does anything else.

This is my father, George Romney, participating in a Civil Rights march in the Detroit suburbs during the late 1960s—“Force alone will not eliminate riots,” he said. “We must eliminate the problems from which they stem.” pic.twitter.com/SzrcAyfPD8 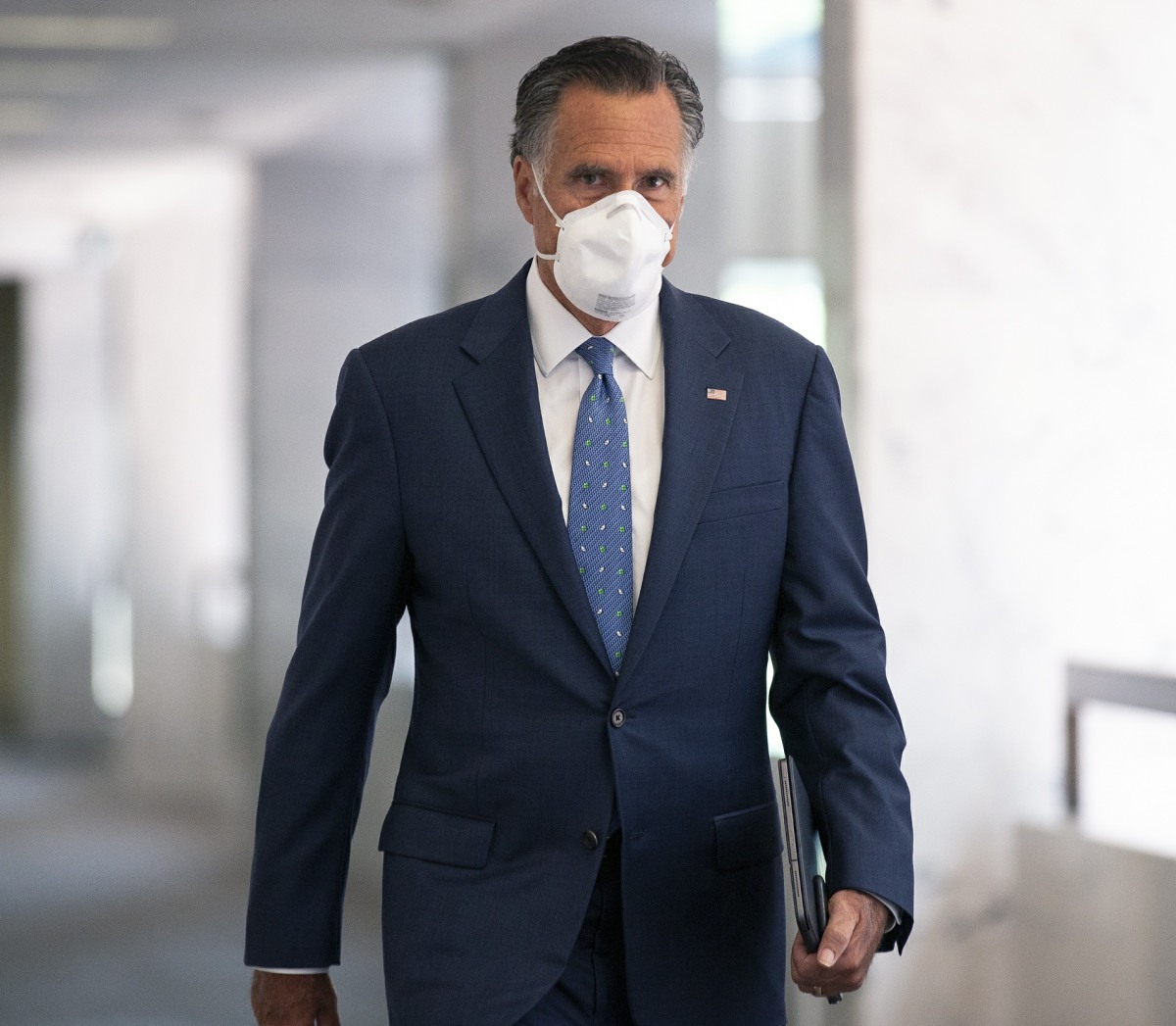