Regina King on teaching her son about cops: ‘it’s an ongoing conversation’


Embed from Getty Images
Regina King was on Jimmy Kimmel Live last week and I’m just watching her interview now and wanted to talk about it. She’s promoting Watchmen on HBO, which had just one season and isn’t coming back unfortunately. (I watched the first couple of episodes and liked it but found it complicated. My mom and son absolutely love it and are bonding over it, so I feel like I need to go back and finish it.) Jimmy asked Regina about the current situation in the US, and this was last week. She said she’s trying to follow politics at a local level to make change and she also talked about the tough conversations she’s had to have with her son, now 24, about interacting with police. Regina has just one child, Ian Alexander, Jr., from her ten year marriage to Ian Alexander, which ended in 2007.

On moving forward and making systematic change
Everything has been super heavy, as I’m sure it is for everyone. I’ve finally gotten to a place where I’m clear what it is I need to do to make changes. I feel like the protesting that’s happening is necessary. These most recent charges against the other three officers would not have happened without the process. But still we have officers in Louisville who have not been charged for Breonna Taylor’s murder. There are so many other cases like that and I’m just convinced that the only way we’re going to change is to get out and vote and not just in the presidential elections on the local level, voting every year.

I’m speaking to my friends… giving myself a civics education, finding out who candidates are who can actually change policy. At the end of the day, the only way we can make changes to these systemic problems is to make systematic changes, change the laws. [To] change the laws we have to change the lawmakers. That’s where I am right now

On talking to her son about police
My son is 24. In most black homes it’s not just a conversation, it’s an ongoing conversation and it never stops. Your children are at an age when they’re looked at like adults and the anger that they have compounds… another moment that’s telling them that they’re not worthy, their lives are not valuable, once they walk outside of the comfort of their home the conversation shifts every time. You have to find a way to support their feelings and [let] them know you hear them, but you don’t want them to do anything that’s going to put them in a situation where they may not come back home.

It really hit home when he was learning to drive. You have to make [it] very clear what they need to do when they’re in that car by themselves and are very likely to get pulled over just because you’re a young black man.

I have a lot of friends who are white and their sons are the same age. One of my closest girlfriends got really emotional when I was telling her about it… the reality that she doesn’t have to have the conversation brought up a lot of stuff for her. It’s good that you know.

Niecy Nash just revealed that her son had a taser pulled on him after he came to a rolling stop while driving. Thankfully he wasn’t tased, but it must have been so scary for him. I can’t imagine having to worry about my son every time he leaves the house. Plus Regina described something I never considered before, that you want your child to be a strong person but that you don’t want them to get murdered for it. We got a comment from Christina on the post about Billy Porter that I wanted to quote. She really captured the dichotomy Regina mentioned about wanting young people to stand up for themselves and not make themselves small, but having to teach them to do that to stay alive. Here’s what she wrote and this was in the context of Billy Porter’s really moving speech about growing up black. If you haven’t seen that yet, I highly recommend it.

When I hear him, I think of the many sad moments that family and friends have endured, especially having to shrink back so that you don’t attract hate. When young people refuse to shrink back and they assert their rights and call BS, like my daughter, mother’s fear for their children’s safety. I am proud of my daughter and nieces and nephews, but I fear for them because they have had a bunch of close calls. Many friends have too, and so have my uncles and their friends. I saw a picture on Instagram of a boarded up store, and someone painted, “When he called for his mama all the mothers were summoned.” It brought tears.

This photo from 2011 is so cute:
Embed from Getty Images 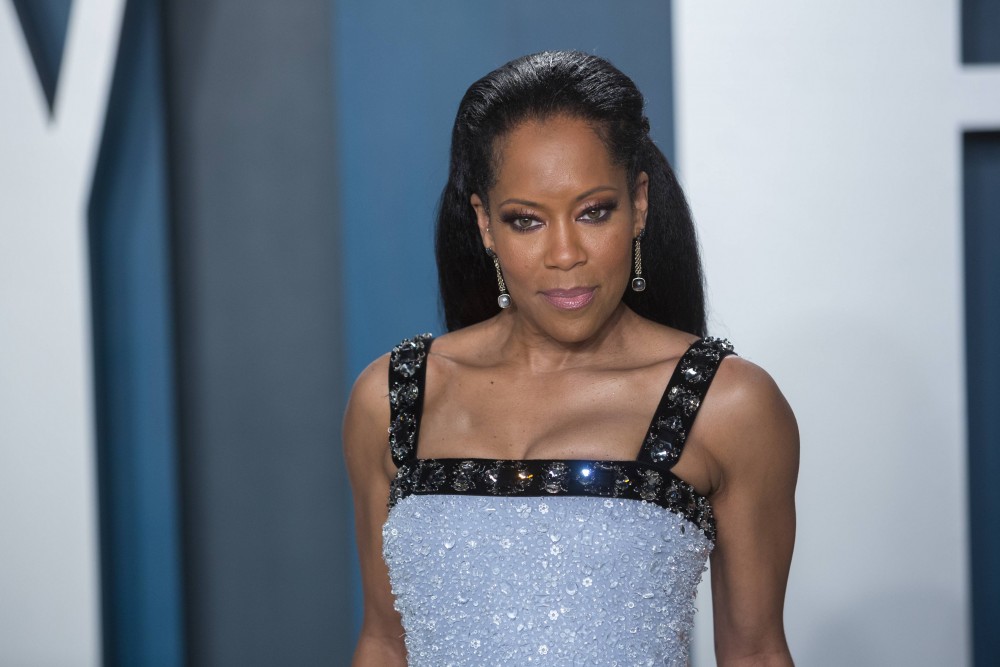 6 Responses to “Regina King on teaching her son about cops: ‘it’s an ongoing conversation’”