Scoop from @ryanbrooks & me: we got audio of the founder & CEO of CrossFit on a Zoom call sharing conspiracies about George Floyd & the coronavirus.

"We're not mourning for George Floyd — I don't think me or any of my staff are," Greg Glassman said. https://t.co/yjGbcWTWnj


Yesterday we talked about the fact that Rebook, other major sponsors, gym owners and athletes were cutting ties with Crossfit following CEO Greg Glassman’s racist tweet. You can go to our story from yesterday to see that, he’s a despicable person. Crossfit issued an apology on their official twitter account, presumably from Greg, but it was weak. He denied being racist and called George Floyd a “hero in the black community.” In our story yesterday I included a slideshow that Crossfitter Anna Paquin posted. It was an internal email Glassman had sent to someone on Friday before he sent that awful tweet, putting them on blast. It included the lines “you think you’re more virtuous than we are” and “you’re doing your best to brand us as racist and you know it’s bullsh-t.” Well he’s proven over and over again that he’s racist.

Glassman has been having Zoom meetings with Crossfit gym owners. He had one on Saturday before he sent that tweet. Apparently he said all sorts of racist things, denied that white supremacy was real, and spouted conspiracies about George Floyd’s murder. He also brought up “black on black crime,” a key talking point of racists. Someone sent a recording of the call to Buzzfeed, which reported these details.

Hours before he posted a controversial tweet on Saturday night that has sparked backlash against his company, Greg Glassman, CrossFit’s CEO and founder, told gym owners on a private Zoom call, “We’re not mourning for George Floyd — I don’t think me or any of my staff are,” according to a full recording of the meeting obtained by BuzzFeed News.

“Can you tell me why I should mourn for him? Other than that it’s the white thing to do — other than that, give me another reason,” he asked a Minneapolis gym owner who had questioned why the brand hadn’t posted a statement about the protests across the country after the death of George Floyd.

The 75-minute Zoom call, which was sent to BuzzFeed News via its secure tipline, was part of an initiative that CrossFit had started after the coronavirus pandemic shuttered gyms across the country. CrossFit affiliate owners who spoke with BuzzFeed News said they were invited at random to the check-in calls over the past three months with Glassman and other staffers from CrossFit’s corporate headquarters.

After that article was publish Glassman “retired” and Crossfit issued another truly terrible statement about this. They have lost tens of millions of dollars and their biggest corporate sponsor. Instead of owning up to this, they’re doubling down on the “he’s not racist” angle, letting Glassman retire instead of calling his tweet and words absolutely unacceptable, and are making him out to be a victim, saying he’s “being put on trial online.” These people are unbelievable! Here’s what they said.

During the Zoom call hours earlier, which had been between 16 affiliates and staff members, Glassman repeatedly expressed doubts about whether systemic racism existed and questioned the motives of protests around the country.

“I doubt very much that they’re mourning for Floyd,” Glassman said on the call about protesters and CrossFitters who were looking for the company to speak out. “I don’t think that there’s a general mourning for Floyd in any community.”

There are more quotes in there from Glassman praising how awesome the police are in “blighted” neighborhoods, and claiming covid was created in a lab in China and deliberately released, but I’ll spare you. He also said he wouldn’t adhere to safety measures to keep anyone safe from the virus at gyms. One gym owner went on the record to say he thought Glassman was punking everyone at first and couldn’t be serious. Plus Buzzfeed had the context for the letter that Anna Paquin posted. It was Glassman’s absolutely unhinged response to a letter from a Seattle gym owner clearly stating why she was no longer going to operate under the Crossfit brand. Crossfit hadn’t issued any statements or policies about covid and hadn’t said anything about George Floyd’s death or Black Lives Matter.

No one at Crossfit responded to Buzzfeed’s request for comment, but after that article was published Glassman “retired” and Crossfit issued another statement about this. They have lost countless franchisees, tens of millions of dollars and their biggest sponsor. They gave some lip service to how much they appreciate the Black community, but they’re doubling down on the “he’s not racist” angle, letting Glassman retire instead of calling his tweet and words unacceptable, and are making him out to be a victim, saying he’s “being put on trial online.” Their statement is long, defensive and not good. Here’s part of it and here’s a link to Glassman’s retirement message, which is unsurprisingly not very good either.

It is rare for us to speak on these types of issues. We struggled the past few weeks because we allowed our desire to get it right to paralyze us. Tackling social justice issues of this magnitude is not our strength as a company, because our varied points of view sometimes devolve into dysfunction. But we can agree on two things: We are a team dedicated to fitness and health. This team is anti-racist. Therefore, we are committed to scrutinizing ourselves internally, continuing to listen to the community, and taking actions in support of change.

Greg believes in equality. Greg made a mistake. His communications will have to be reconciled with the person we know. He is being put on trial online, and we challenge you to be thorough in your review of a man who is imperfect but sincere in his love of helping others to become better while creating opportunities for others to do the same. He does make mistakes, but he has done more than anyone for this community and created unimagined opportunities for others. If you measure Greg Glassman, do it thoroughly.

But none of this has any bearing on the need for reform, reconciliation, and change…

We care about black lives in every respect and in every aspect of society. That means we support the black police officer who upholds justice, like retired officer David Dorn, as strongly as we cannot stand for the injustice George Floyd faced two weeks ago. Both truths are possible and can coexist.

It’s so bad, right? It’s awful and they had to mention the Black police officer who got killed, while never acknowledging police brutality or systemic racism. Crossfit is rightfully never going to come back from this and their brand will always be associated with this. Good riddance.

This is Tia Clair Toomey she is a badass Crossfit worldclass athlete and has spoken out against Greg’s racism. She says she and her husband are ashamed to be part of Crossfit after this. You can see her full statement about it below. 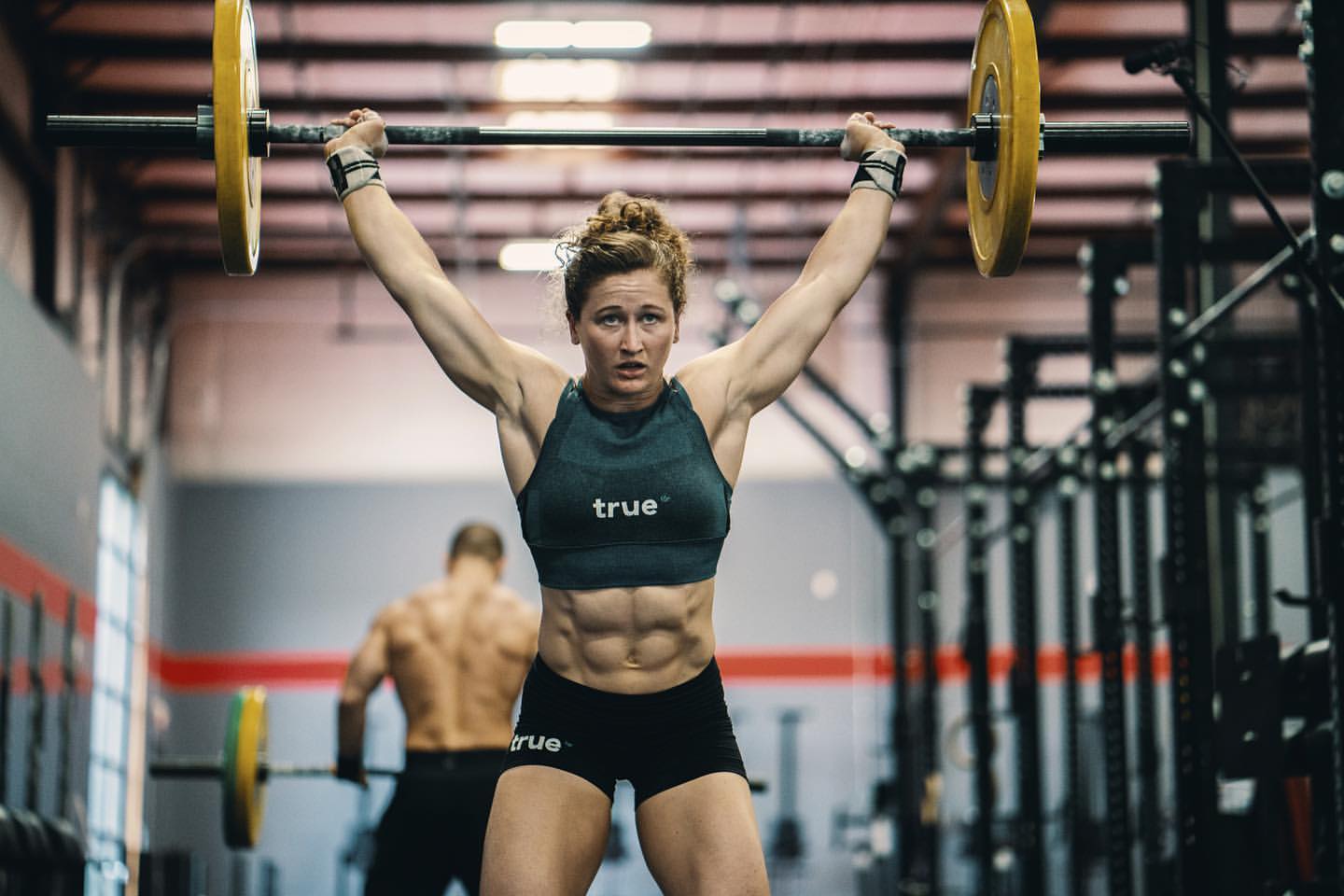 Until changes to @CrossFit are made, I will not be participating in the 2020 Games. I have yet to speak on anything going on for fear of retribution and must remain apolitical due to the nature of my job. This decision puts me in a very vulnerable position with both work and my desired future career as a @CrossFitGames athlete. However, I do not believe choosing to avoid participation in this years event is a violation of duties: to my job, to the sport, or to my ethics. It is my hope that others join me in applying pressure to HQ in order to improve the organization we love and make it better going forward. “I can find the joy only if I do my work in the best way possible to me. But the best is a matter of standards—and I set my own standards. I inherit nothing. I stand at the end of no tradition. I may, perhaps, stand at the beginning of one.”