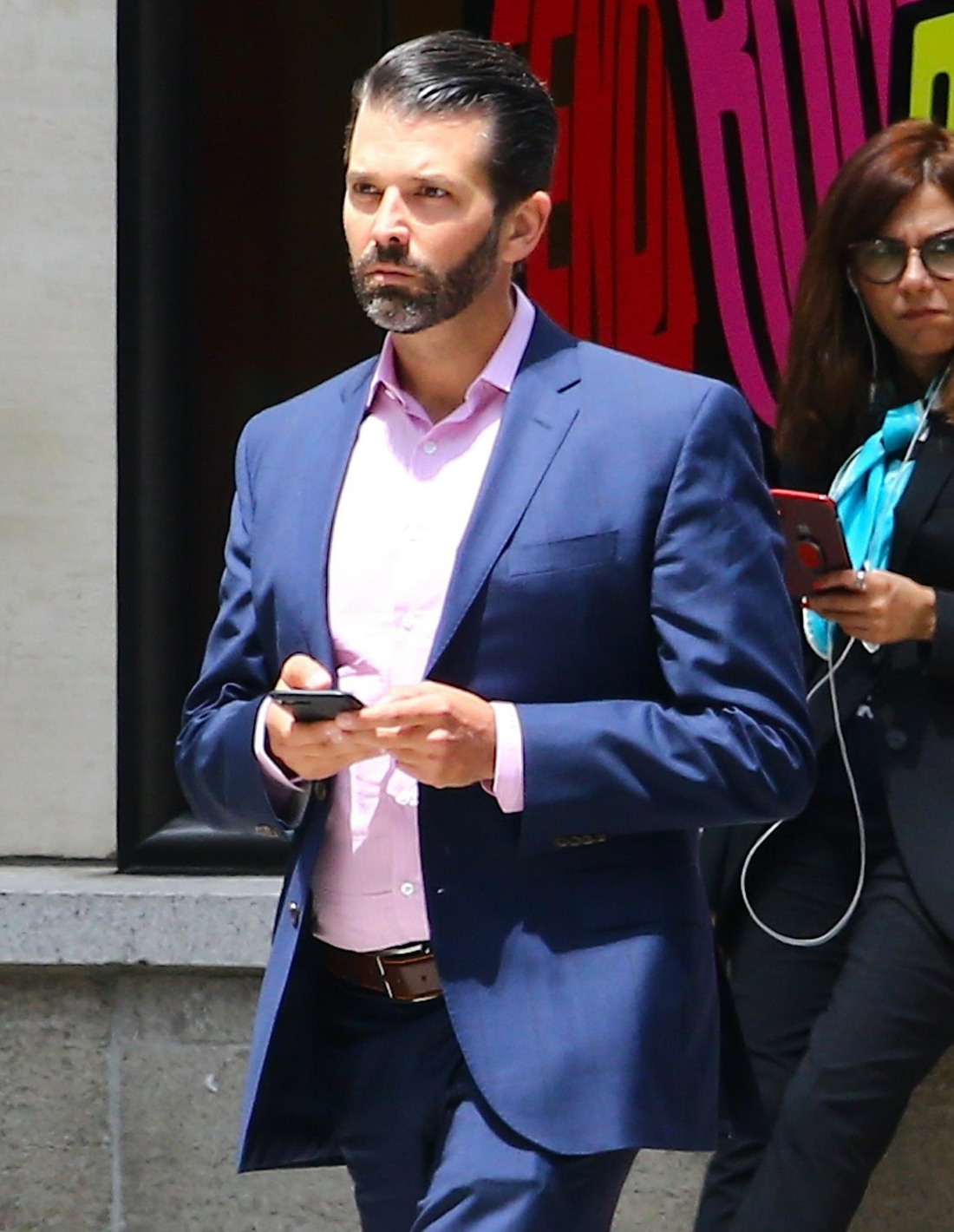 I sometimes forget that Ivanka Trump isn’t the only one of the “Trump kids” to get Secret Service protection. Don Trump Jr. also gets Secret Service protection, especially when he’s traveling overseas to shoot animals. Don and Eric are both “big game hunters” who love nothing more than to travel the world, killing animals for sport. Last year, Don took his oldest son to Mongolia for a father-son vacation. It couldn’t just be a vacation in a beautiful and rugged locale though – no, they had to kill some sheep. And the Secret Service were along for the ride.

Donald Trump Jr.’s trip to Mongolia last August, where he hunted a rare breed of giant sheep, cost US taxpayers about $75,000 in Secret Service protection, according to documents obtained by a government watchdog group. The documents requested by the nonpartisan and nonprofit group Citizens for Responsibility and Ethics in Washington showed the United States Secret Service estimated Trump Jr.’s 8-day trip racked up expenses totaling $76,859.36.

An official who works for Trump Jr. told CNN the trip to Mongolia, with the exception of Secret Service, was personally paid for by Trump Jr.

The journey to East Asia by President Donald Trump’s eldest son included a hunt of Argali sheep, the largest species of sheep, noted for their giant horns. Argali are considered a near-threatened species, according to the Red List of Threatened Species, in large part due to trophy hunting. Trump Jr. often shares social media posts with images from his hunting and fishing trips to locations across the globe. He has received harsh criticism from animal rights’ groups and conservationists for his penchant for trophy and “big game” hunting.

Trump Jr. reportedly met with Mongolian President Khaltmaagiin Battulga during his visit, according to the Washington Post, which occurred less than one month following a trip Battulga made to the White House to meet with the President to discuss relations with the United States.

My guess is that he got Secret Service protection during the trip because he scheduled a meeting with the Mongolian president, NOT because the Secret Service worried that the sheep would shoot back. Ugh, the fact that the sheep are on the Threatened Species list is just an added layer of horsesh-t on this story. I hate big game hunting, I hate the global “hunting” industry, and I hate that people want to kill big sheep and elephants and rhinos and tigers. It’s disgusting. Even more so considering that this dumbass is getting taxpayer funded security for his big game trips. What a f–king loser.

Guys I’m back after living the Yurt Life with my man Donnie for the past week exploring #Mongolia. We covered many miles on horseback and 4WD. More pics to come soon. Truly one of the most beautiful places I’ve ever seen and the scenery was actually outdone by the genuine warmth and kindness of the people. After such an amazing experience I’m actually disappointed to be back on the grid. #yurt #yurtlife

Some more pics from my incredible adventure in Mongolia last week! I have a lot more to come from this incredibly pristine land stay tuned. #mongolia #adventure