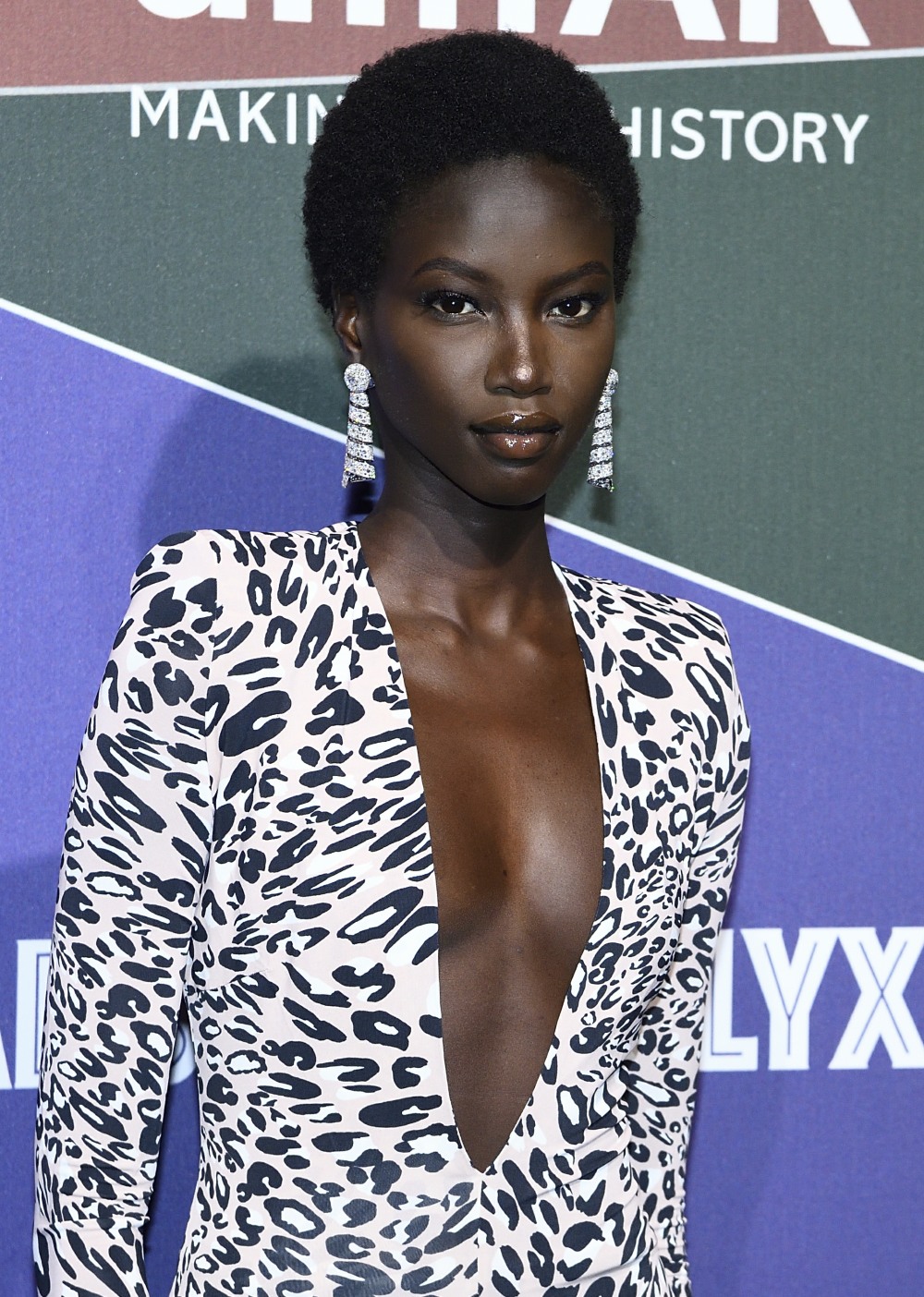 Anok Yai has been an in-demand model for years. She’s walked some of the biggest runways (she opened for Prada in 2018) and she’s appeared in countless editorials and on covers of fashion magazines. She’s 22 years old and of South Sudanese descent, but she’s lived in America for years. Her name came up recently because Carine Roitfeld used her as a prop in an Instagram pic, then Roitfeld wrote: “Anok is not a black woman, she is my friend.” It was awful. But that horrible moment actually did something good: it gave Anok an even bigger platform and even more attention. Anok wrote an essay for O Magazine about the racism she’s experienced in America and within the fashion industry. You can read the full piece here. Here’s the part about the fashion industry:

When I was blessed with finding a career in modeling, I thought I might stop experiencing racial injustice. Unfortunately, that was not the case. Instead, racist encounters just became more public—and exposing. I can name so many situations where models of color like me have experienced racism and microaggressions. That in itself is a problem. The lack of reaction on set or backstage is what often caught my attention. I witnessed so many different situations where models were forced to stand up for themselves—with very little support around them, if any at all. The pain and sense of aloneness in those moments of vulnerability were unbearable.

A lot of people have asked what my reaction was to an insensitive post from a friend of mine on Instagram last week. Of course, it was jarring—and it was just one of many similar microaggressions I’ve experienced during my time in fashion. But the bigger point I’d like to focus on is that the fashion industry needs to become educated…and fast.

Yet the industry seems to be depending on the Black community at large to educate them about Black history—as if we’re obligated to do so. Black models should not have to teach working professionals how to deal with our hair and skin day in and day out. Educate yourself and come prepared. It’s your job. The world is changing right before our very eyes, and we won’t be tolerant of intolerance any longer.

Since the moment George Floyd was murdered, so much has occurred. The world has been forcefully awakened. The human race is finally coming together to fight the root cause of injustice—overt and covert racism, along with flagrant abuse of power. The public is finally seeking well-deserved justice for the murders of Black men and women across the nation, since the state and local governments have failed our community time and again. And I couldn’t be more sad—yet more proud.

The microaggressions about hair and makeup – that’s what models of color have continuously spoken about for years. Magazines, ad companies and runway shows will hire hair and makeup artists who don’t know how to do hair and makeup for anyone other than white women. And Anok is right, it’s not the black model’s job to teach those people how to do hair or makeup, just like it’s not black people’s job to educate white people about racism. Anyway, this was a good piece and I hope people read it! 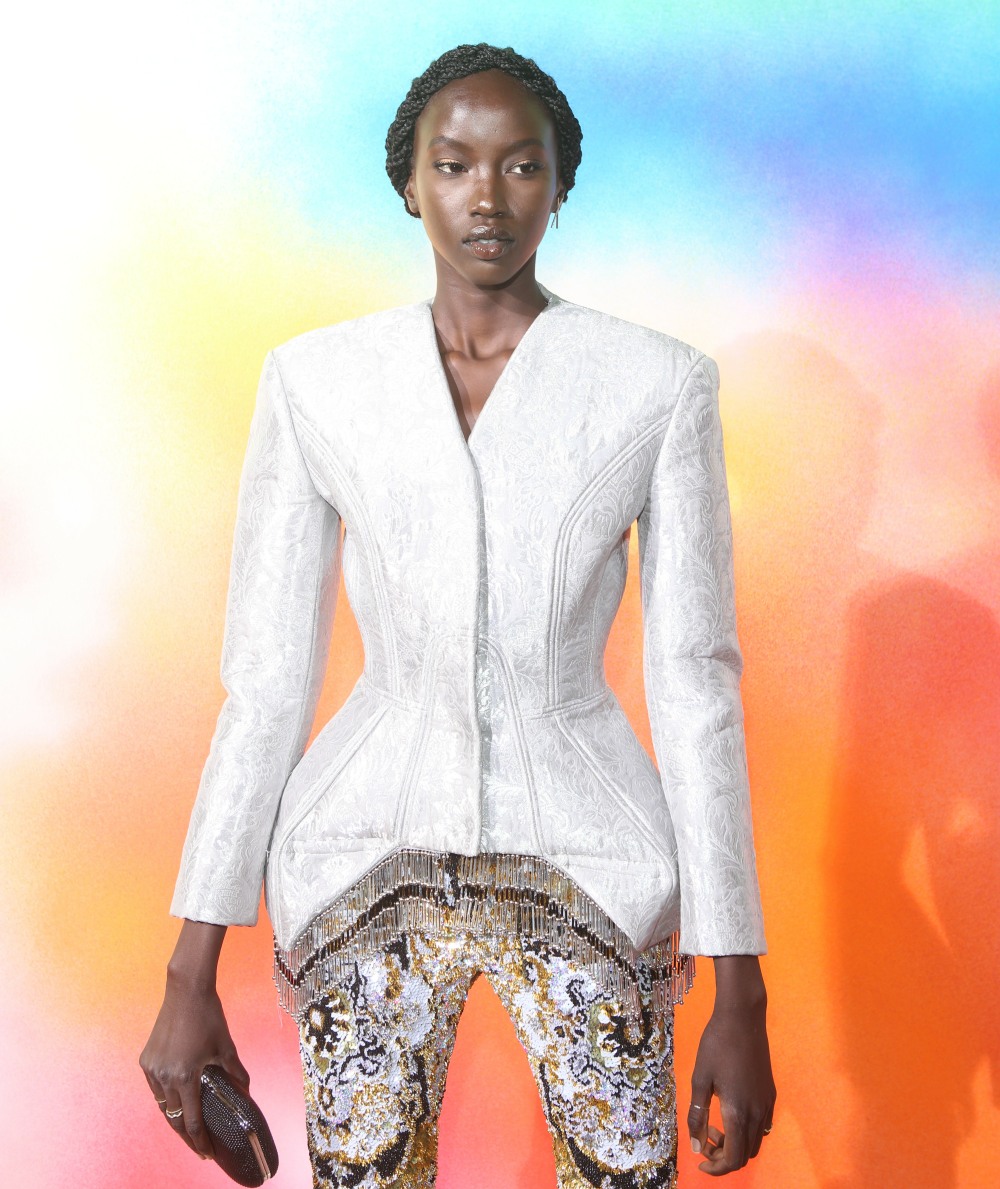 7 Responses to “Anok Yai: The fashion industry expects black people to educate them”