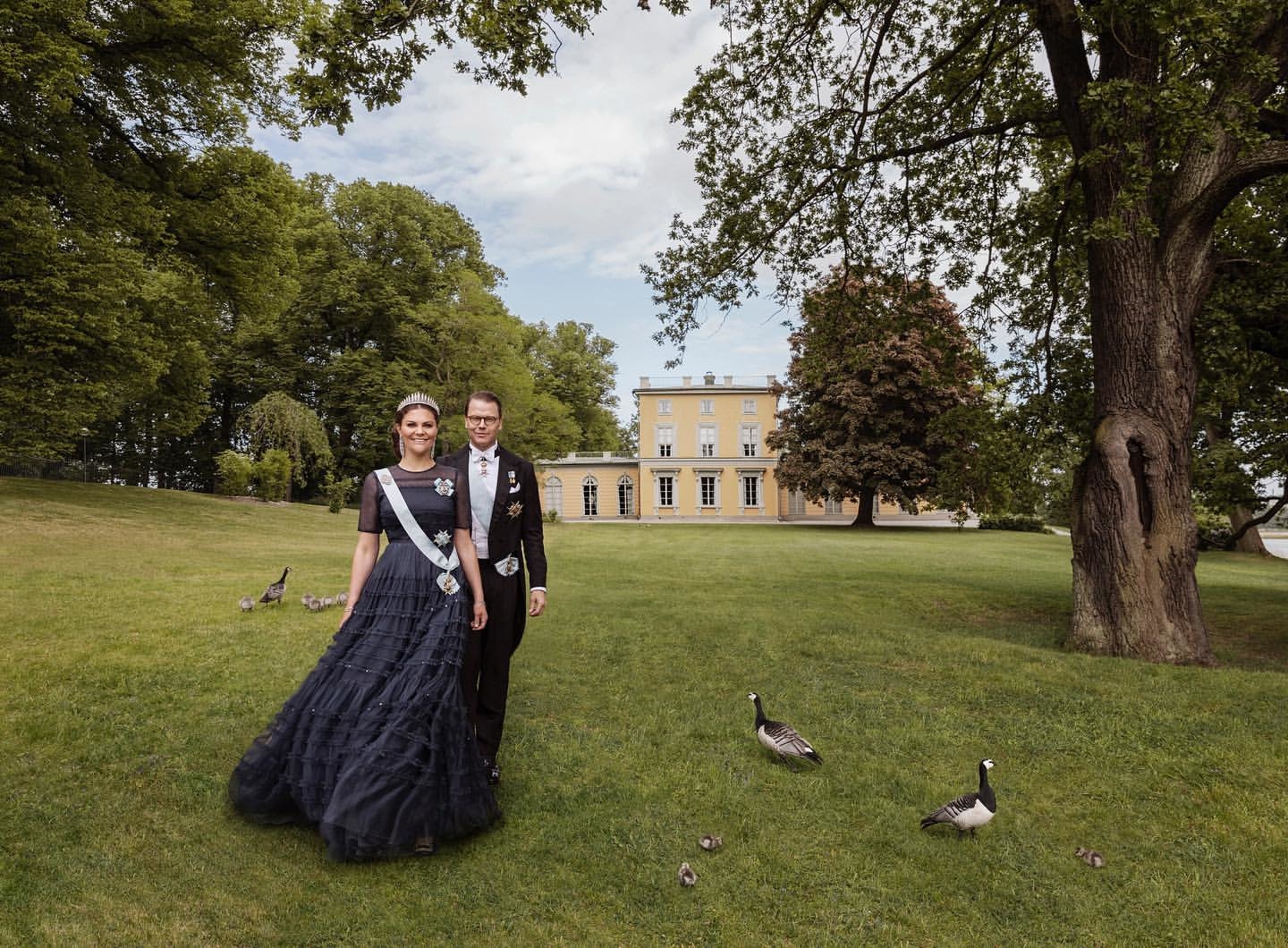 In several of the portraits, Victoria is wearing – rewearing – a famous Elie Saab gown. It’s famous because she wore the blush-colored Elie Saab the day before her wedding, to a pre-wedding reception in Stockholm. It was well-liked at the time, and the bespoke gown was included in a Royal Wedding Dresses exhibit a few years after the wedding. It still fits, after two kids!

The tiara Victoria is wearing in the Elie Saab-dress photos is the Baden fringe tiara. She frequently wears that one, but I believe (correct me if I’m wrong) that she mixes up her tiaras for white-tie tiara events, she’s not just stuck wearing the same one or two. I mean, it would make sense – she’s the crown princess, and she would have access to all of the Swedish jewels.

Anyway, these photos are gorgeous. 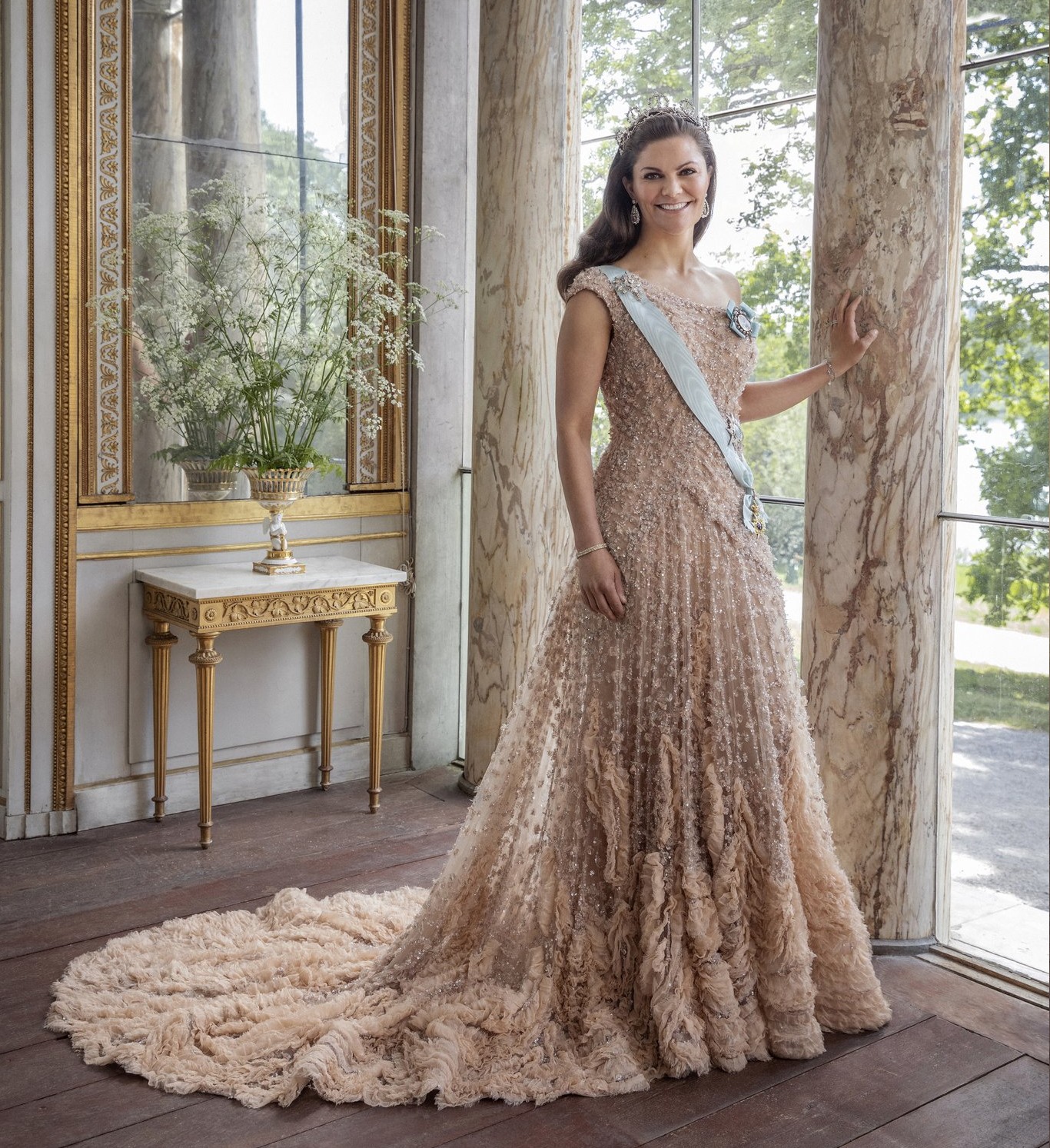 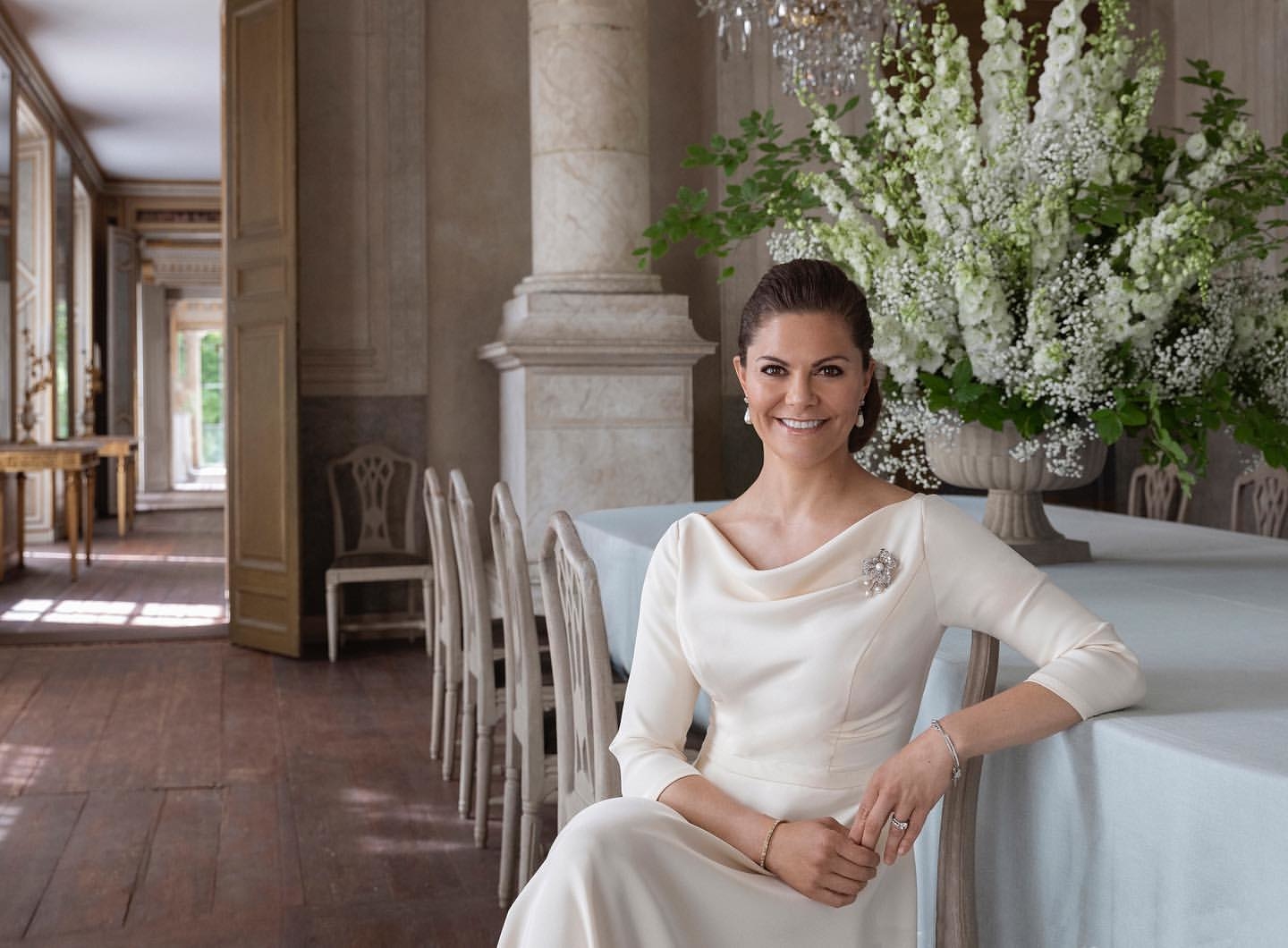 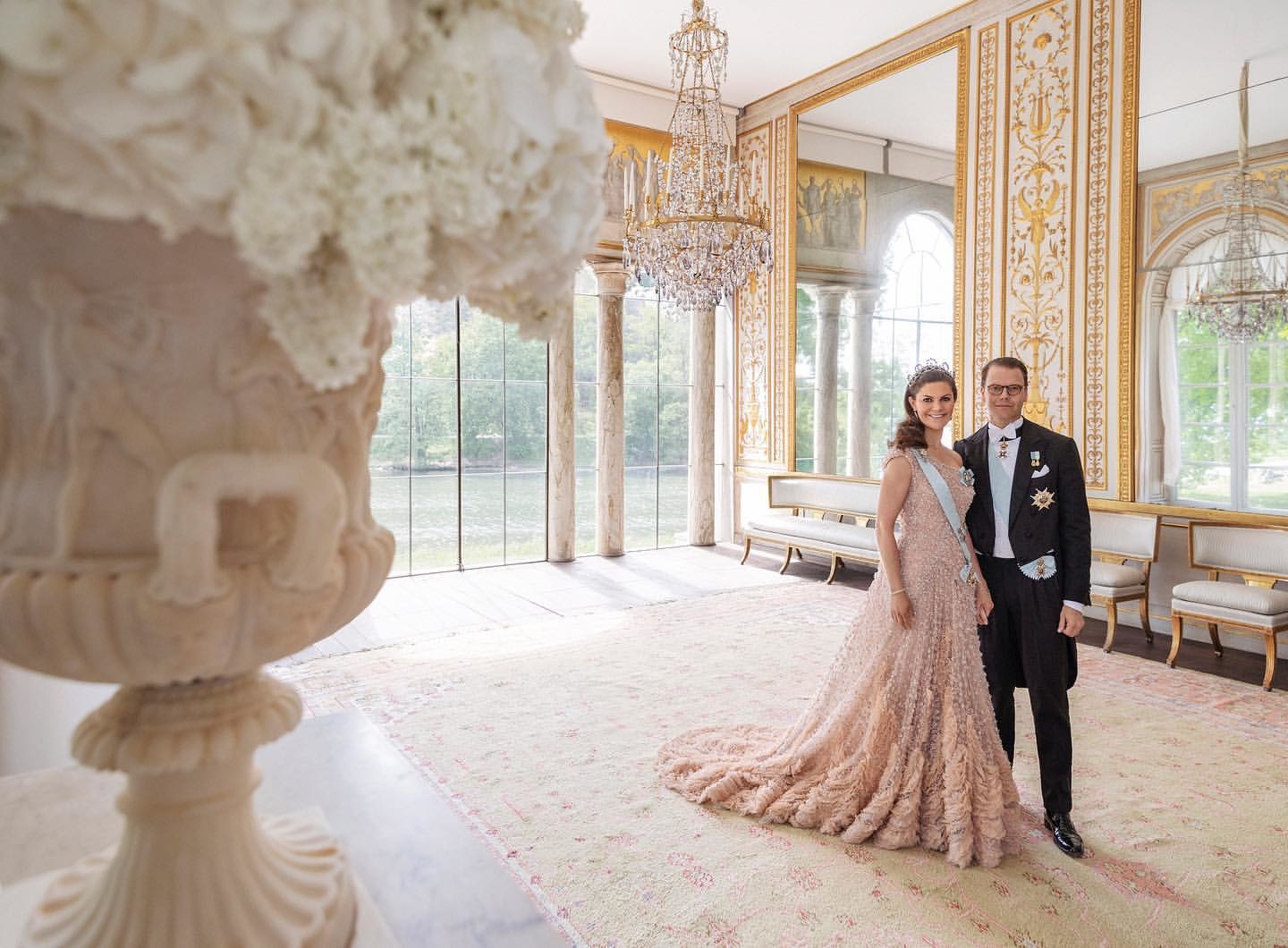 Photos courtesy of Elisabeth Toll for The Royal Court of Sweden.