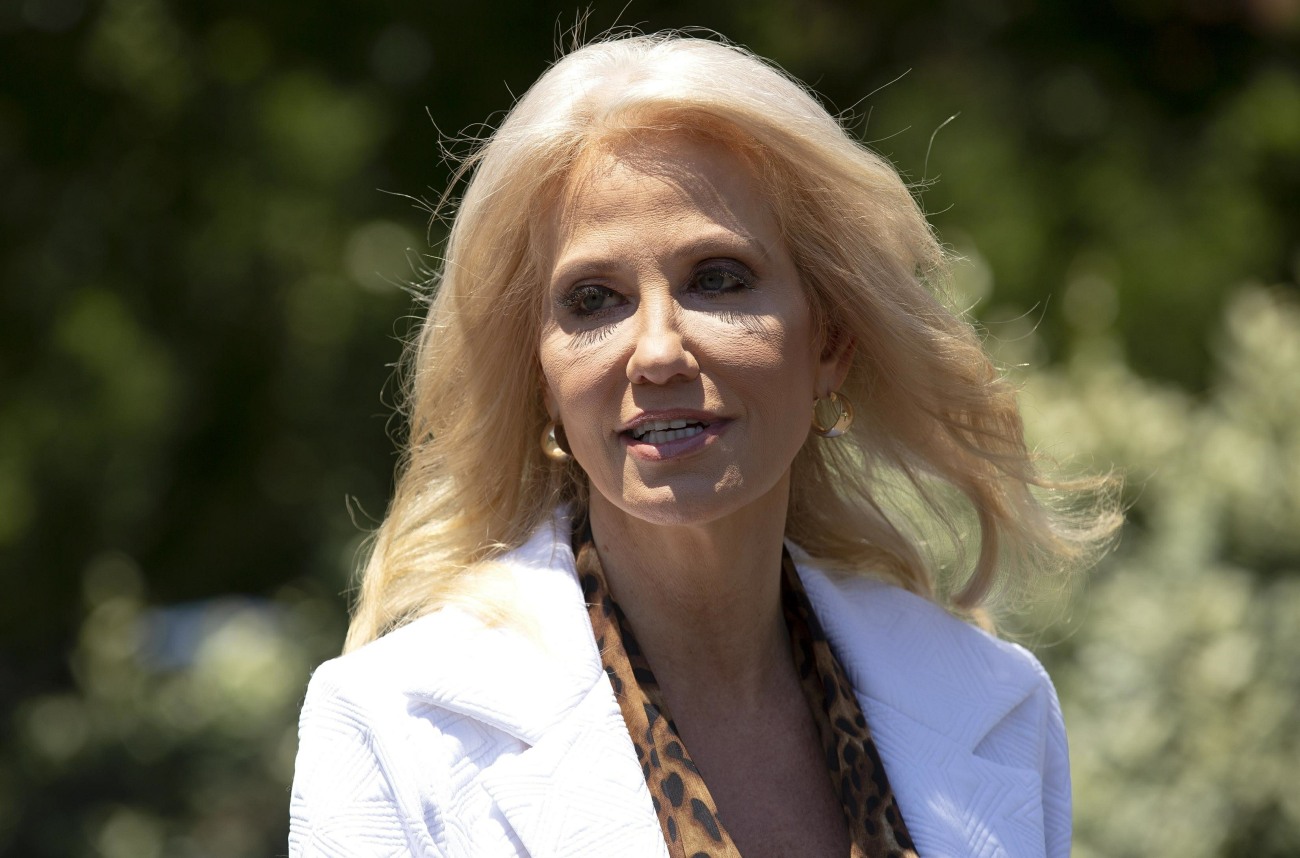 Kellyanne Conway is like Melania Trump in a few respects. They’ve both done things they regret with and for a sexual predator. They both disappear mysteriously for weeks, sometimes months, on end. And they both get a boatload of plastic surgery and injectable intervention. The photos at the top and bottom of this page are from June 15th, Monday. Kellyanne crawled out of her cave office and she was doing interviews on what looks like (??) the South Lawn.

The pics at the top and bottom are from one of the photo agencies we subscribe to – they’re not paparazzi photos, they’re photos from one of the White House pool photographers, and the photos got sold to various photo agencies. You can see Kellyanne’s true form – haggard, evil, with caked-on-makeup and a crooked wig in a harsh mid-day overhead sun. But this is apparently what she looked like when she appeared on Fox News on the same day (check it: the outfit is the same).

What the hell happened to Kellyanne Conway?? pic.twitter.com/ZGnUwcc3MO

If you don’t believe that screen-grab, here she is in motion:

How can one go from MAGA gargoyle to Botoxed-to-hell in a matter of minutes? I would say it isn’t just the lighting – and the lighting definitely helped, to be clear – but I suspect Fox News has some kind of Facetune-ing technology for its live feed or something. They could make Kellyanne look like Satan’s Beauty Queen, but they can probably also make Democrats look like bridge trolls. It’s proprietary technology, I’m sure!

(But yes, Kellyanne has had a ton of work – this is what she looks like WITH injectables, fillers and ‘Tox.) 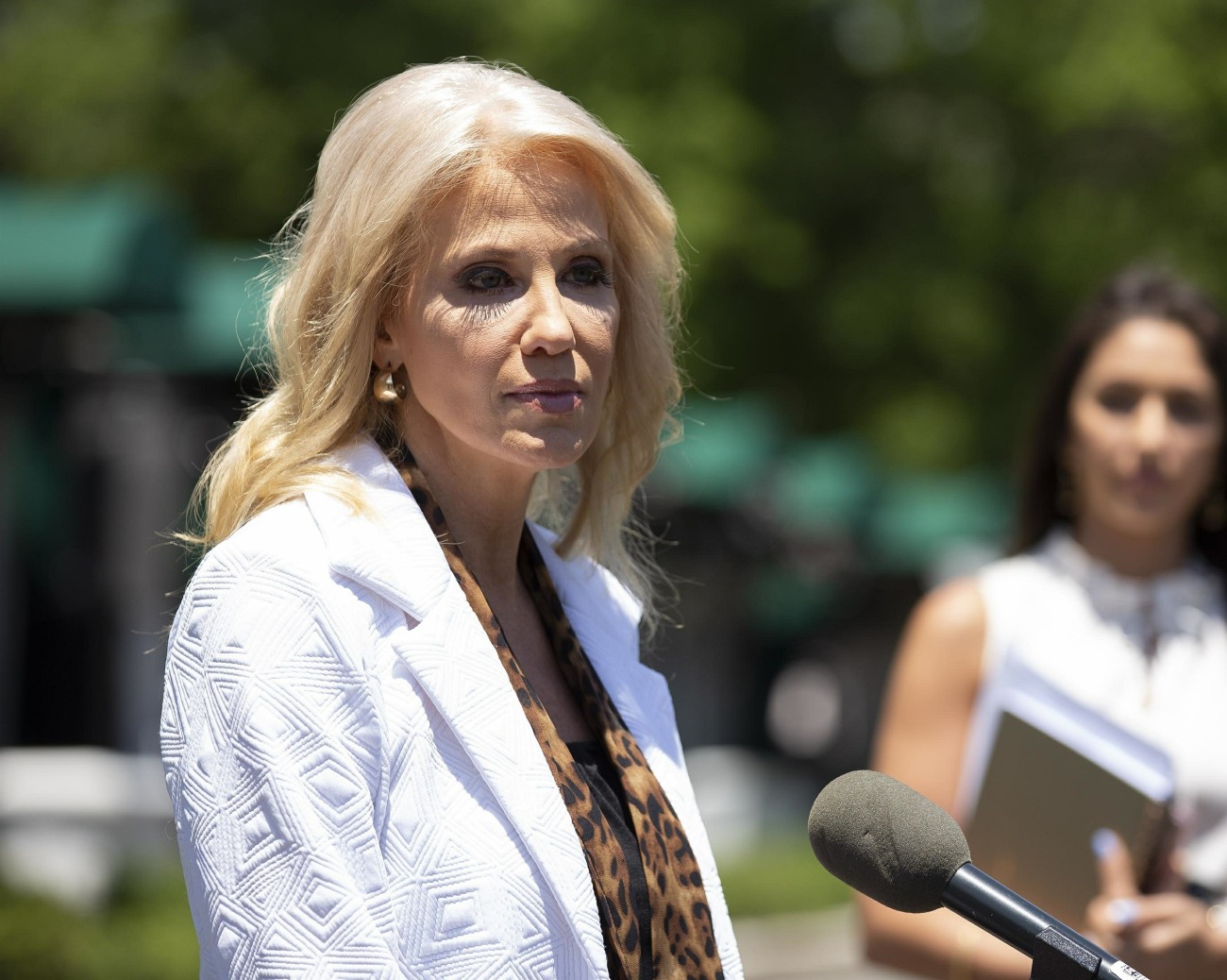