Angelina Jolie: Americans are ‘not taught enough’ to respect other cultures & histories 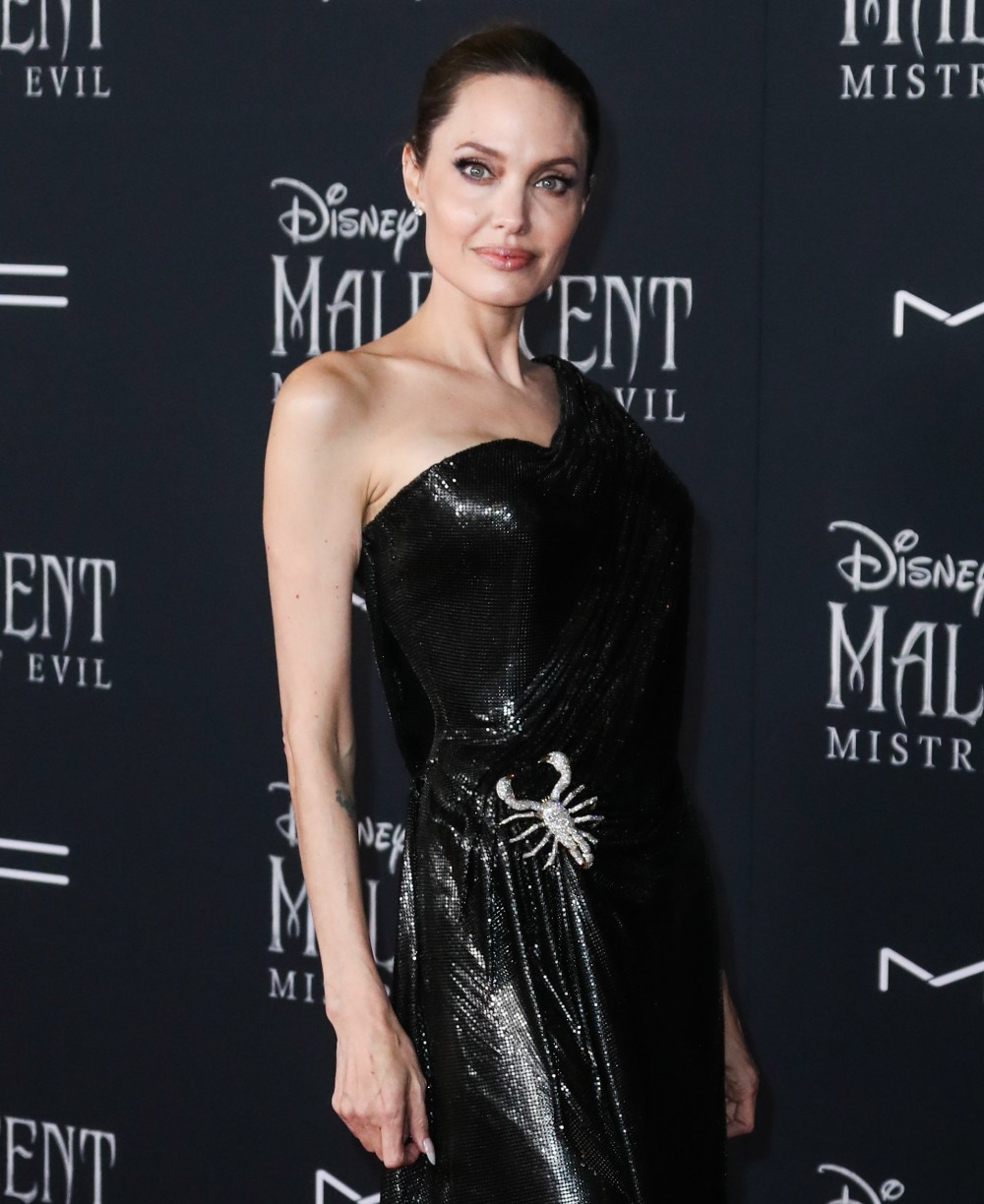 Angelina Jolie has written another Time Magazine column, because that’s what she does now! She’s still in lockdown in LA, and Angelina has had time (like never before) to write columns, Zoom with editors and keep her work going on refugees, women’s rights and children’s rights. In this week’s Time column, Angelina writes about how, even in this moment of a global conversation about racism, we need to think about refugees. Refugees are often the victims of racism, bigotry, sexism and persecution too. You can read her piece here. An excerpt:

As the burning injustice of discrimination and racism in America bursts to the forefront, we must also address persecution and oppression rising globally, depriving millions of their rights, their liberty and their physical safety. The U.N. Refugee Agency has published its latest annual report on the state of human displacement in the world and it is stark reading. Nearly 80 million people—the highest number since records began, according to available data—have been forced from their homes by extreme persecution and violence, and are living as refugees, asylum seekers or people displaced within their own countries. For the first time, forced displacement is affecting more than one percent of humanity, or 1 in every 97 people.

These are people fleeing attacks on schools and hospitals, mass sexual violence, the siege and starvation of whole cities, the murderous oppression of terrorist groups, and decades of institutionalized persecution based on religion, gender or sexuality.

It is not just the overall number of forcibly displaced people that is shocking. More people are being forced to leave their homes on a larger scale in more places and at one of the fastest rates in living memory. Global displacement has almost doubled since 2010. The number of refugees in sub-Saharan Africa has tripled in the same period. And the number of countries where the United Nations High Commissioner for Refugees is working to support internally-displaced people has gone from 15 in 2005 to 33 today. This is before the full economic devastation of COVID-19 strikes, threatening hunger and starvation and deeper insecurity for millions.

…Several factors seem to be at play. This past decade began with a global recession that has fueled hardship and anger and discontent. Many countries and communities around the world have shown extraordinary generosity to refugees living in their midst. But even as, across the world, refugee medics, nurses and healthcare workers serve on the frontline of the COVID-19 response, refugees are often regarded as a burden, greeted with xenophobia and racism, and denigrated and dehumanized in politics and the media.

…We are quick to criticize the human rights records of adversaries but silent when conflicts creating displacement and misery involve our allies. When we start to pick and choose which countries or peoples we help, from our humanitarian assistance to our asylum policies, we ourselves are discriminating: assigning different levels of importance to different peoples, races, religions and ethnicities, violating the fundamental principle that we are all born equal.

In our school years, we Americans are not taught enough to respect and admire the cultures and contributions of countries with histories far longer than our own. Or indeed to have a truly deep understanding of our own history, and the acts our country was built upon. That is one reason why, in my early twenties, I first wanted to work with UNHCR. What has become clear to me through my work is that the fight for human rights and equality is universal. It is one fight, wherever we live, and however different our circumstances might be.

“We are quick to criticize the human rights records of adversaries but silent when conflicts creating displacement and misery involve our allies.” This is very true, and I wish she would also say that we are quick to criticize other countries (even allies) even when our own human rights record in America is so appalling. “When we start to pick and choose which countries or peoples we help, from our humanitarian assistance to our asylum policies, we ourselves are discriminating.” We always have, from immigration policies to which refugees we’ve helped, to which wars we fight and why. 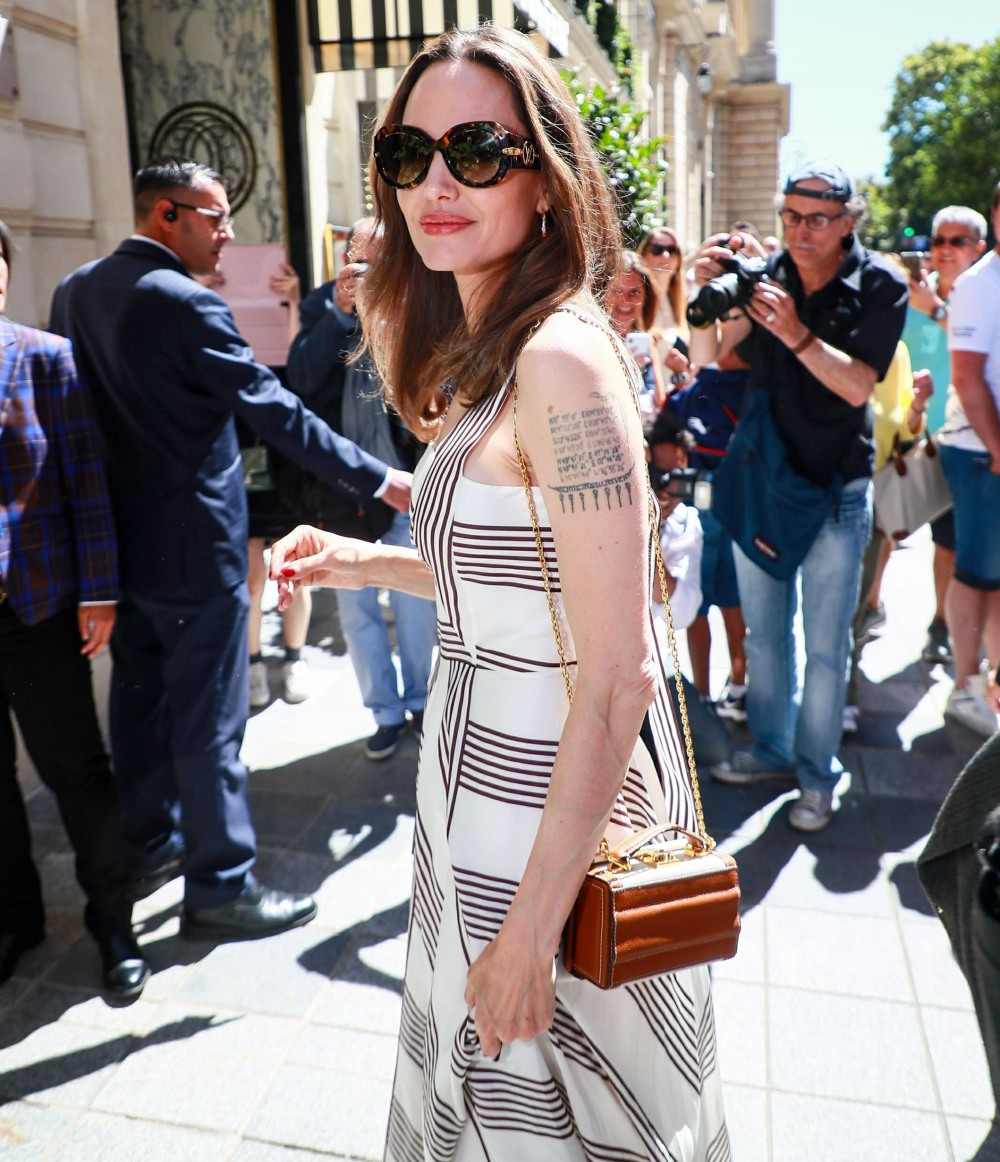 35 Responses to “Angelina Jolie: Americans are ‘not taught enough’ to respect other cultures & histories”