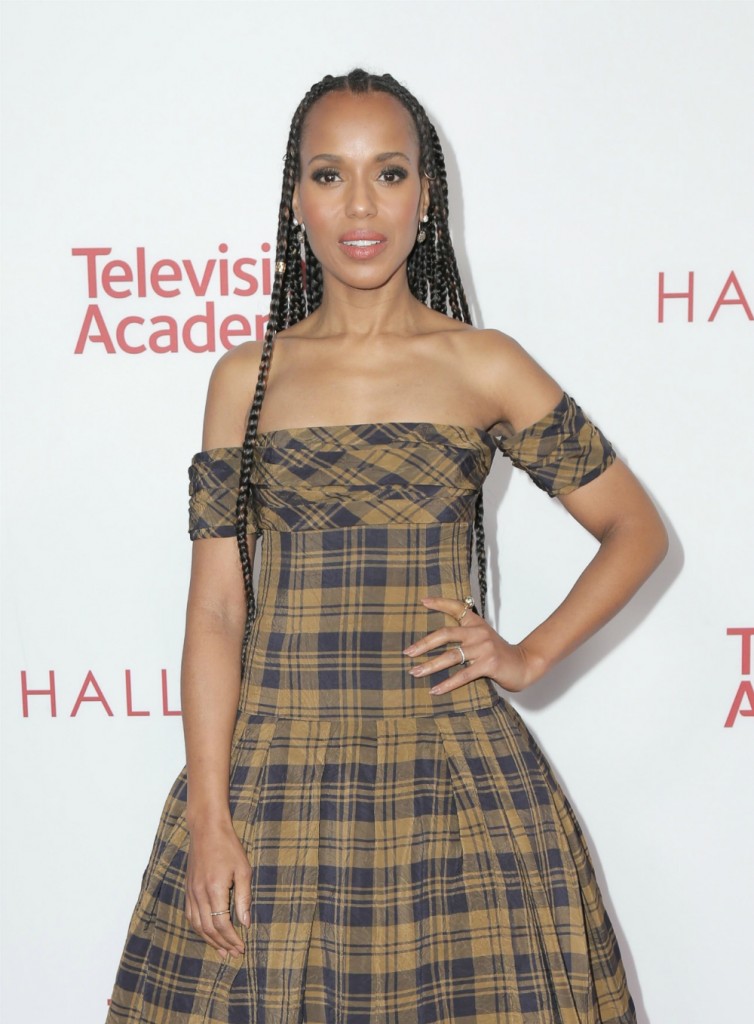 Kerry Washington called in to the podcast Hollywood the Sequel and discussed how the current wave of Black Lives Matter protests and awareness might affect the entertainment industry. Kerry talked about the impact actions like the We See You, White American Theater letter and diversifying hiring practices might have. Kerry’s response was thoughtful and enlightening. Although she acknowledged that this “feels for me like something is different,” she pointed out that until we address the root of the problem, that we must stop assuming whiteness, there will be little change.

When it comes to enacting real change in Hollywood, Kerry Washington believes society should dissect the “language” of inclusivity and diversity.

“We look at ourselves to get better and do better,” the mother of two said when asked what she hopes will come out of the most recent movement We See You, White American Theater, which calls out racism in the arts. “When we say we’re committed to diversity — it’s diverse from what? We’re still centering whiteness as the most important thing and inviting diversity around that.”

“Or when we talk about inclusivity, there’s still an in and an out. So, we’re still centering certain kinds of people and maybe in tiny fractions allowing other people to the table. There’s just so much of it that needs to reexamined. The simple answer is … I hope a lot of good [comes out of it] and that we can see each other, and have courage to make room for each other.”

Washington shared that although the world has seemingly been awakened by protests against systematic racism, “not much has changed for black people in the last couple of weeks.”

“There’s a different response to it,” Washington continued. “The sentiments of the moment that feel revelatory — I don’t feel like those feelings belong to me.”
“This is not a moment of revelation, but I’m watching the revelation around me for people, and I’m grateful that the world is showing up for black lives in a different way, but this is what has been the reality — this level of danger and anger and fear. Maybe trauma and lack of safety — this has been the reality of Black Americans since there were Black Americans.”

Sometimes I hear the same thing from five different people but the way the fifth person said it finally makes me understand. I feel like Kerry’s been that person for me a lot of late. Her comment tjht “We’re still centering whiteness as the most important thing and inviting diversity around that,” is like turning on a light switch for me. I was actually trying to have a similar argument with a writer the other day but I really needed Kerry’s phrasing to make my point. My example of Kerry’s argument is: remember when Noma Dumezweni was cast as Hermione in the Harry Potter and the Cursed Child production? The outcry was that the character waswhite, when that had never actually been written. People just assumed it because it had not been stated that she wasn’t white.

Just as important is Kerry’s point about allowing diversity a seat at the table. Writer’s rooms, casting agencies, film crews, etc., have all been scanned for diversity, many coming up short. The reaction is for the powers that be to hire a BIPOC to join the team and then they all clap each other’s backs and celebrate how enlightened they are. But they are still only offering a singular seat at their big, blindingly white table. Like Kerry, I hope the result of what’s going on right now does make a change. I hope space is made and that paradigms shift. 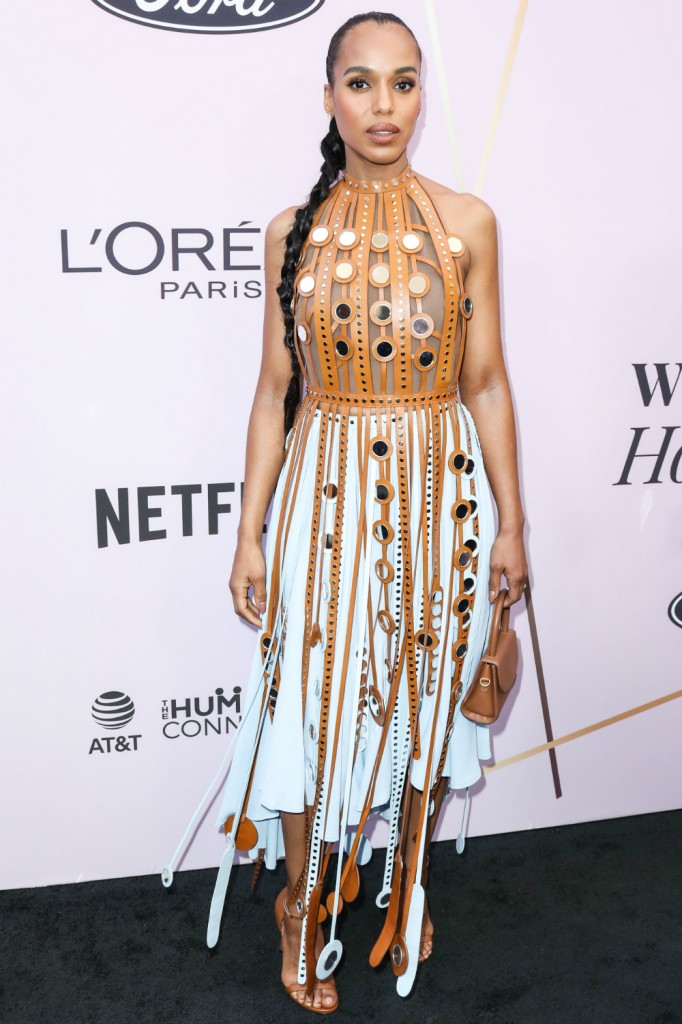 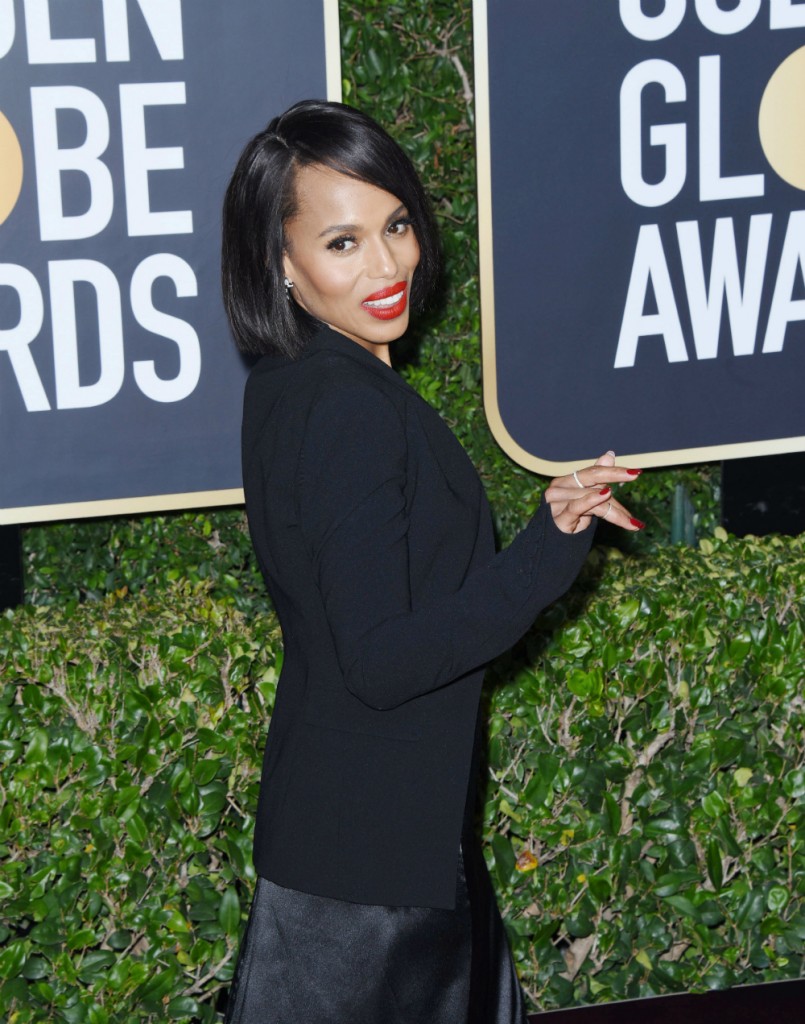 25 Responses to “Kerry Washington: We’re still centering whiteness as the most important thing”