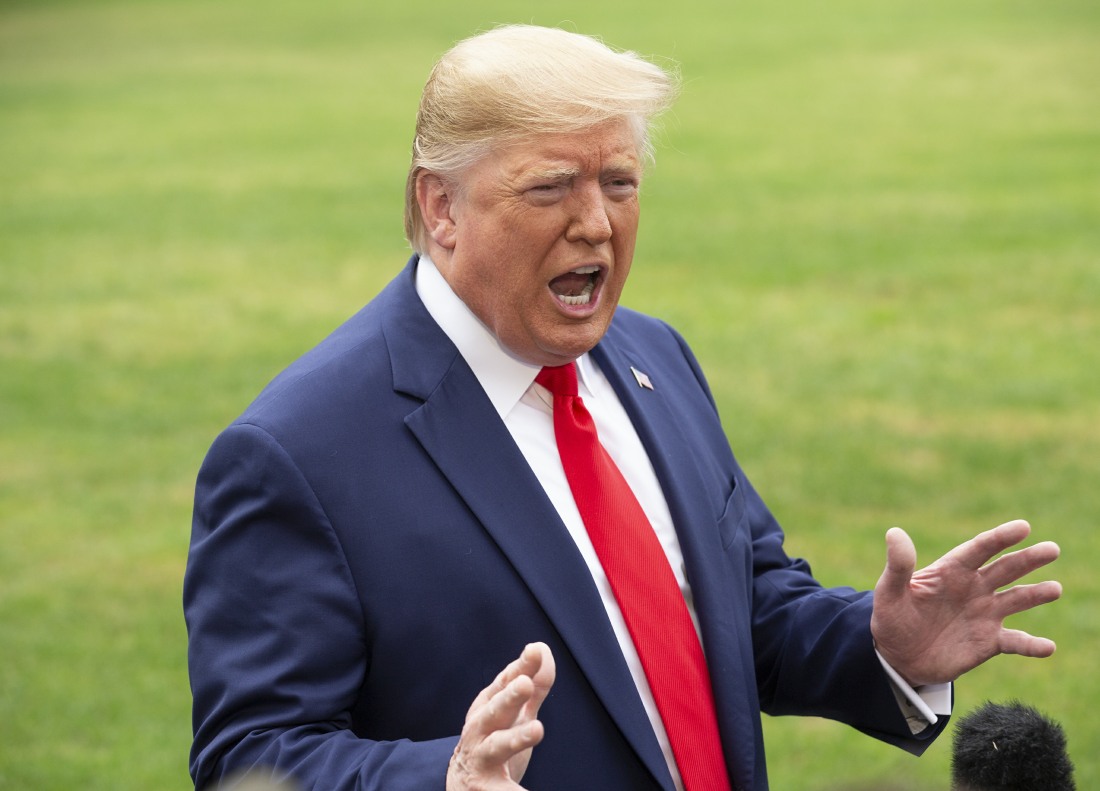 Mark Zuckerburg is an awful person who allows the worst propaganda to live and thrive on Facebook. But it looks like someone just found the line Zuckerberg is unwilling to cross? That line: actual Nazi ads for Donald Trump. As in, these were the Trump campaign’s ACTUAL ADS. They were not done by some superpac or campaign-adjacent group. The Trump campaign was making actual Nazi ads.

Facebook on Thursday removed advertisements posted on its platform by the Trump campaign that prominently featured a symbol used by Nazis to classify political prisoners during World War II, saying the imagery violated company policy.

The Trump campaign had used the ads, with a picture of a large red triangle, to inveigh against antifa, a loose collective of anti-fascist protesters that President Trump has blamed for violence and vandalism during the nationwide protests against racial injustice. There is scant evidence that antifa has been involved in any coordinated campaigns during the demonstrations.

“Dangerous MOBS of far-left groups are running through our streets and causing absolute mayhem,” the campaign’s Facebook ads said. Beneath the text was the red triangle, a symbol that Nazis used to identify Communists and other political prisoners in concentration camps, just as they used a pink triangle to identify people they labeled as homosexual.

It was not clear if the Trump campaign was familiar with the origin of the symbol, which was reclaimed after World War II by some anti-fascists in Britain and Germany, in the same way that various political groups over the years have reclaimed words and symbols used to oppress them.

Meanwhile, on the Nazi chief’s Twitter, he posted a fake CNN segment and Twitter labeled it “manipulated media.” I can’t. 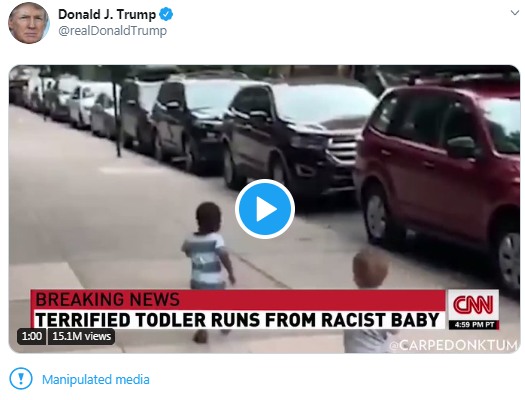