Michelle Obama: You don’t have to feel inspired to vote 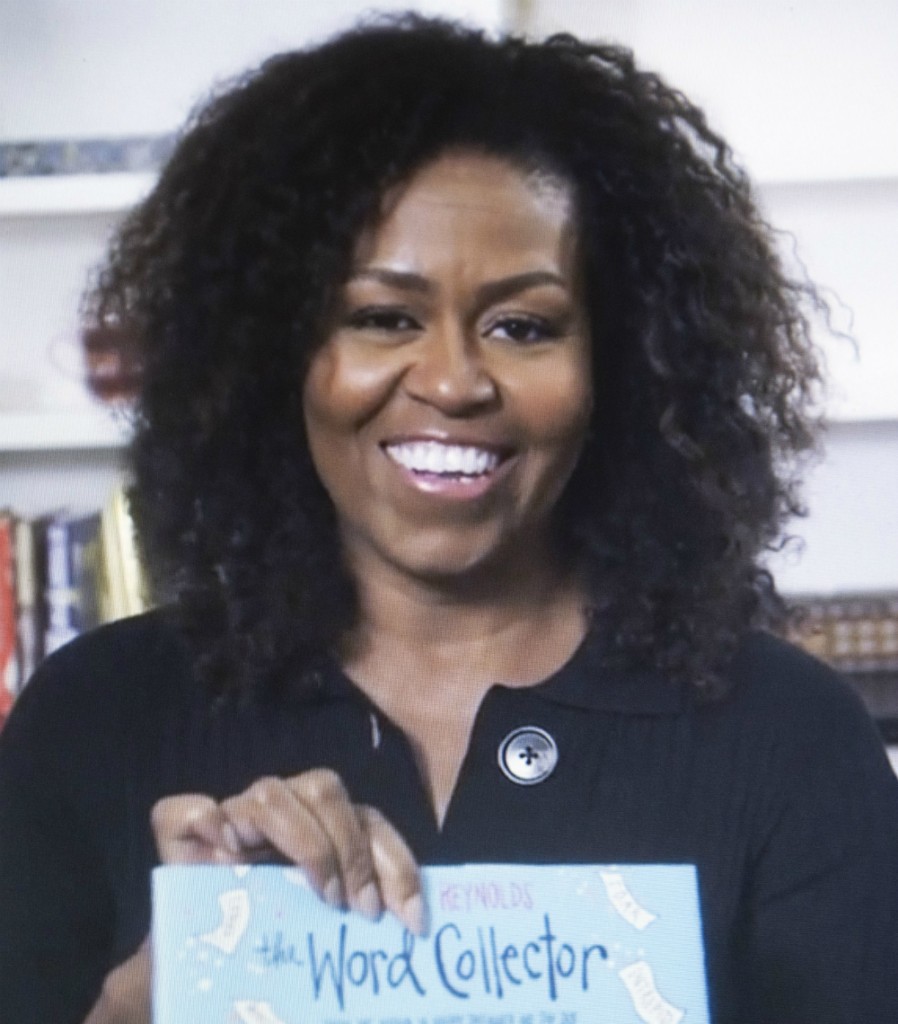 Producer Shonda Rhimes interviewed former First Lady Michelle Obama for Harper’s Bazaar’s Hope issue. They ended up spending most of the interview talking about voting. I’ve been pretty depressed lately because I really don’t know what will happen in the general election in November or all the regional elections leading up to it. I’ve spent many election seasons nervous my candidate wouldn’t win, but I have never lived through anything as catastrophic as the last three and a half years. So it struck me as overly optimistic to have Shonda and Michelle talking about hope in the next election when all I feel is fear. After reading the whole interview, I like the spin they put on it. Both women say that we all need hope but that it won’t win any victories. Voting is essential, whether someone is ‘inspired’ to do so or not.

Shonda Rhimes: You and I have talked about voting a great deal over the years, and I am here to tell everyone that Michelle Obama explains voting’s importance better than anyone I know. But it’s not as easy when the rest of us try to explain voting to our own friends and family. So for everyone here, can you give us some clear, simple talking points that we can use on why voting is so important?

Michelle Obama: Talking about issues, our duties as citizens, the impact our votes have—that’s all important. But for me, when I’m talking to young people, I like to ask them a simple question: Would you let your grandma decide what you wear on a night out to the club? Would you want her picking out the car you drive or the apartment you live in? Not many people want someone else making their decisions for them, especially when that person might not see the world the same way as they do. That’s what happens when you don’t vote: You are giving away your power to someone else—someone who doesn’t see the world the same as you. You’re letting them make some really key decisions about the way you live. And the truth is, that’s exactly what some folks are hoping you’ll do. They’re hoping that you’ll stay home so that they can make these important decisions for you.

SR: I remember after the last election hearing anecdotal evidence that some people did not vote because they did not feel “inspired by” or “excited by” the candidate choices. What do you think about this need for inspiration? Should it influence voter turnout?

MO: Voting is so much bigger than one election, one party, or one candidate. It’s great to feel inspired by candidates and the visions they put forth, but it is by no means a prerequisite to casting a ballot. Because at the end of the day, someone is going to be making the decisions about how much money your schools get and how tax money is distributed. Voting gives you a say in those matters. It can also be your way of saying that you care about your community and the people in it, that you are going to keep showing up and making your voice heard, even when the candidates don’t set your heart on fire. Because if you wait for that to happen, you might be waiting a long time. And meanwhile, the world moves on without you. But when we all vote, in all elections, we get the kind of responsive leadership that speaks for our families and our communities.

We’ve talked a few times about how we wish our candidates were more experienced before they ran for the big-ticket items like presidential, senatorial and gubernatorial offices. And yet, most voters only vote in those elections. We, as voters, need to invest in our own communities as much as our country. I think many of us would be surprised at what’s going on in our own backyard. So I love what Michelle is saying about just getting out there and doing it, regardless of whether you’re inspired. I live in Los Angeles County and I just moved to a new home last summer, my property taxes are outrageous. That’s the price of living here, yes, but I should be fully invested in where that money is being spent. The sad part is that the upcoming general election, I am not inspired so much to vote for someone, but I am truly inspired to vote against someone. But, like Michelle said, inspiration is not the point. It’s so much bigger than me and who I wanted on the ticket; this is about all the elections that will come after it for at least the next four years. We all need to focus on that.

Elsewhere in the interview, Shonda and Michelle talk about getting kids excited to vote by bringing them to the polls and how registering to vote should be a ceremonial thing, “celebrated like when you get your driver’s license or go to prom.” My guess is many of us have brought our kids to the polls with us. Most places make it fun for kids too, like an alternate sticker to give unregistered kids to wear. My folks did this with me as well. This practice is another casualty of the mass polling place closures happening throughout the country in a calculated voting suppression move to keep certain parties ::coughGOPcough:: in office. Parents aren’t going to bring their unregistered kids to wait 5-8 hours in line to vote. Instead of doing anything to make voting more accessible, they seem to be doing everything to make it as arduous as possible. 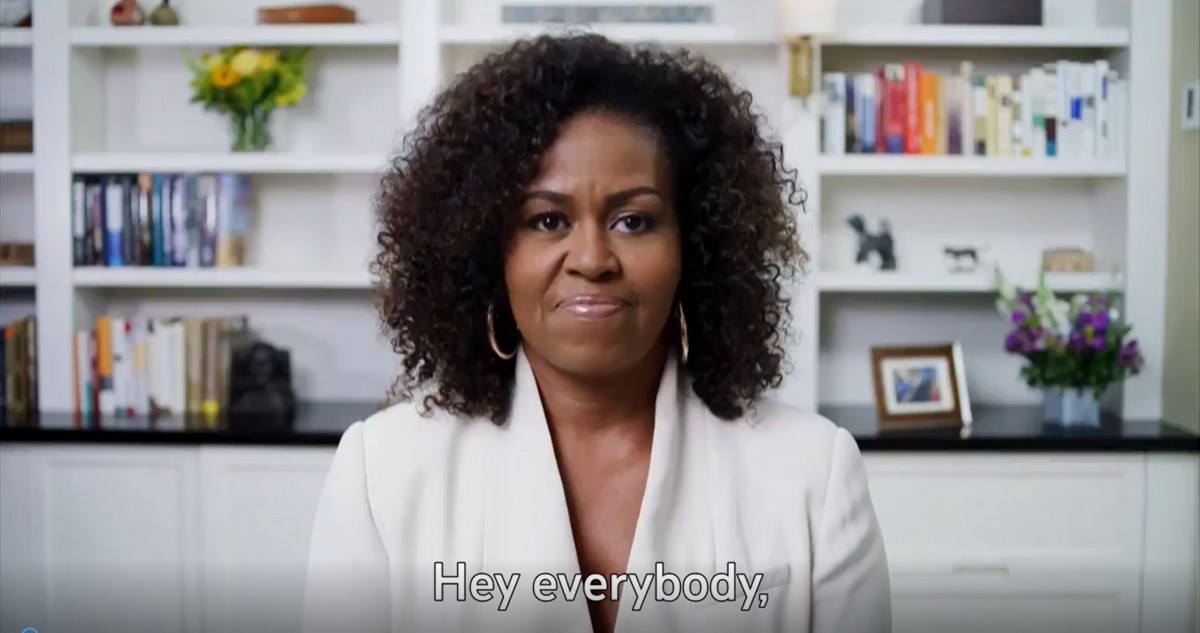 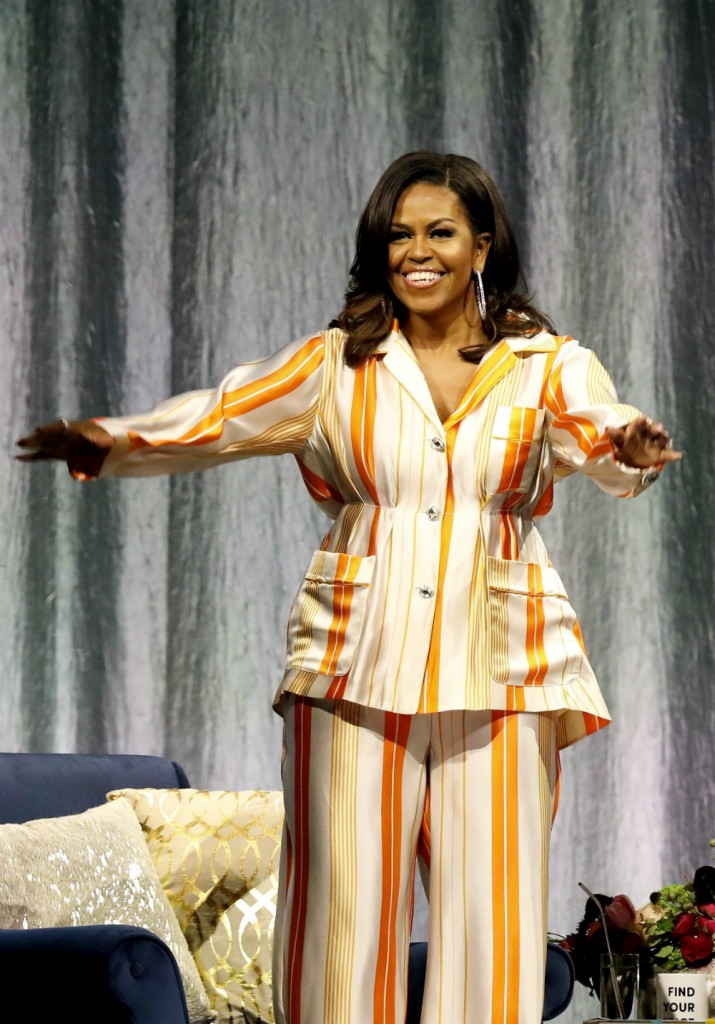 12 Responses to “Michelle Obama: You don’t have to feel inspired to vote”