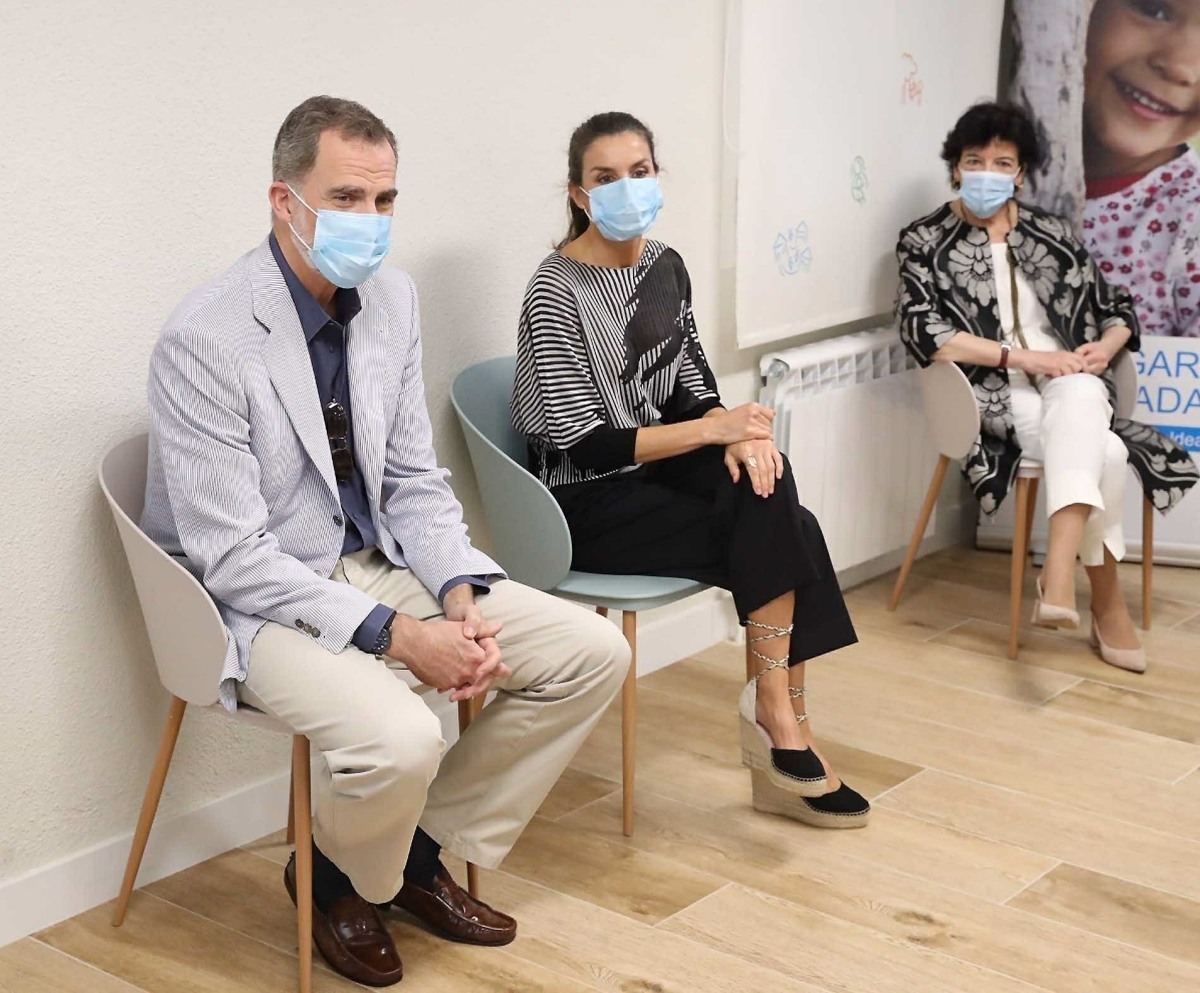 I hope some Spanish peeps will comment on this post, but from the outside looking into Europe, it feels like Spain was late to address the pandemic in March, but once they figured out that they were on the precipice of a massive public health crisis, Spanish authorities locked down everything, right? I remember reading an article about how hard it was for parents, because children were not allowed outside their homes or apartments whatsoever. No parks, no fresh air, no running around. It also seems like Spanish peeps have transitioned pretty well to mask-wearing and social distancing too, right? I’m judging that solely from photos of Rafa Nadal’s Academy and photos of the Spanish royals.

These are pics of King Felipe VI and Queen Letizia visiting the Children Charity House over the weekend. While this post isn’t about fashion, I enjoy Letizia’s lowkey look of capri pants and a simple blouse with (gasp) espadrille wedges. And a great ponytail. The King and Queen wore masks inside and outside of the charity house and while they were social distancing for some of the appearance, they also seemed to get way too close to the kids, both indoors and outdoors.

Still, Letizia and Felipe are doing much better than the Windsors all combined. Last week, we saw Prince Charles, Prince William, Princess Anne and Duchess Kate all step out for public events. Two weekends ago, we also saw the Queen at her mini-Trooping the Colour. At no time did any of those royal people wear masks. They did observe some kind of vague social distancing, but again… WEAR A MASK. The second wave is coming, and in America and the UK, the first wave never left. Letizia and Felipe truly understand their positions and the need to set a positive public safety message. What’s wrong with the Windsors? Are all of them simply too vain to wear a mask? Please don’t give me the “it’s not UK regulations!” The goal should NOT be “to simply meet the letter of the law and nothing else.”

Also, Letizia is having the same problem I’ve been having when I’m wearing a mask: the mask creep. The mask creep is where suddenly the mask is on your lower eyelids and almost blocking your vision. It sucks! 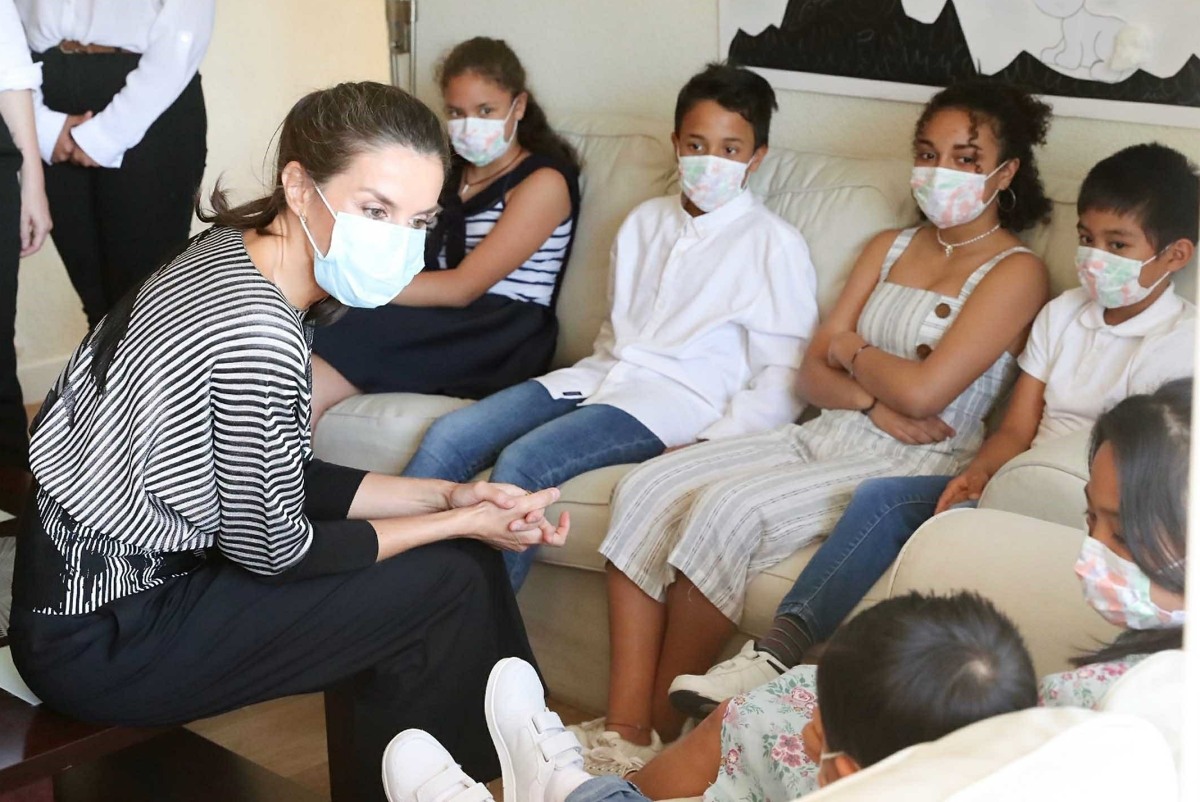 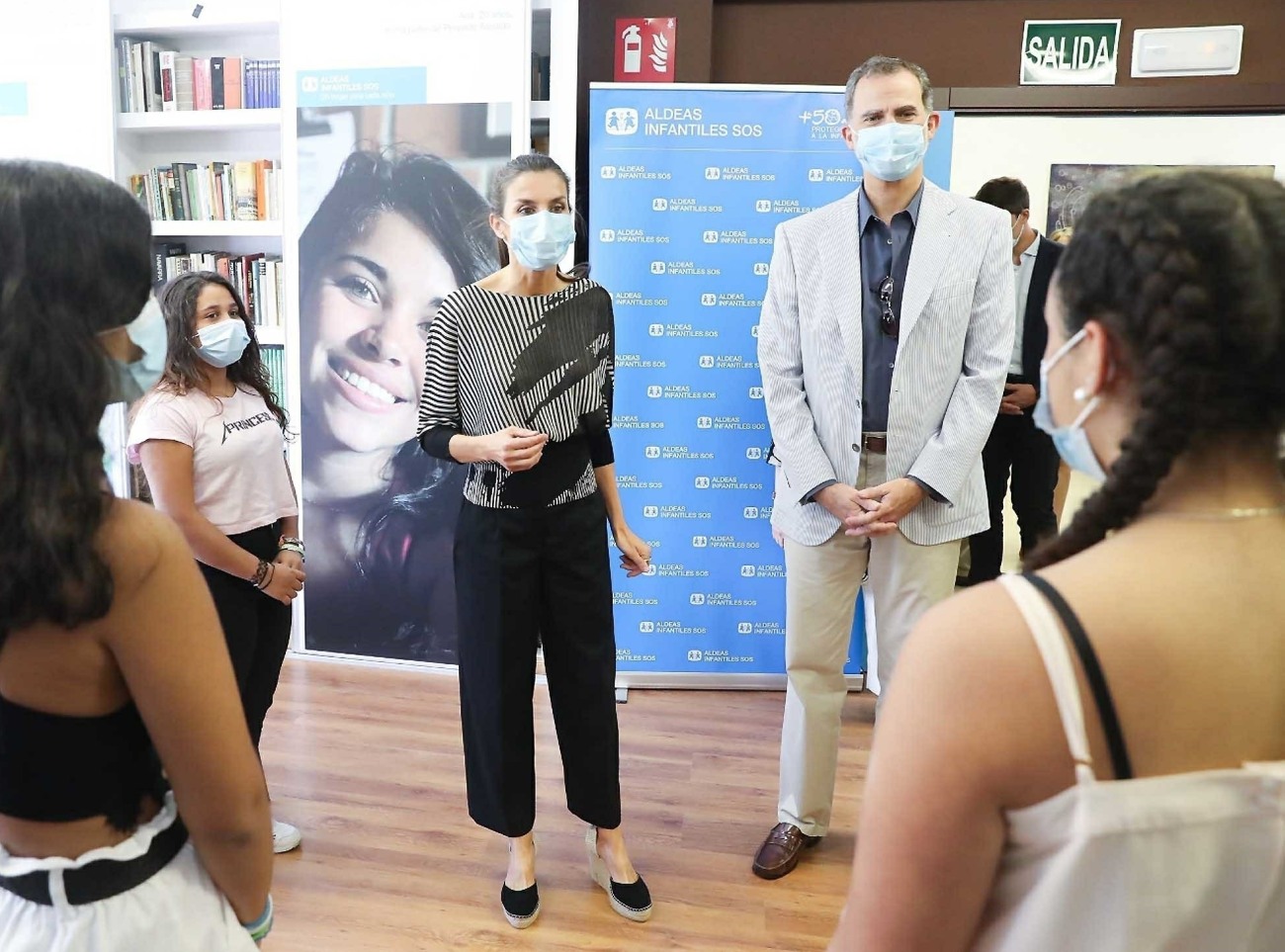