I shudder to think how many of you read this headline and asked yourself, “who?” Dolph Lundgren is an actor who registered on mainstream’s radar for his role as a baddie in the 1985 James Bond film A View to a Kill. However, he is probably best known for his role as Ivan Drago in Rocky IV, aka the SOB who killed Apollo Creed. Dolph was convinced to try acting by his then-girlfriend, Grace Jones. So what has ol’ Dolph been up to since dating the coolest chick on the planet and battling James Bond and Rocky? Well, Dolph found himself a “20-something” Norwegian personal trainer named Emma Krokdal and after “several months” of dating, the two crazy kids have gotten engaged with a very large and very pink diamond to seal the deal.

Actor Dolph Lundgren and his girlfriend Emma Krokdal are taking their relationship to the next level.

A week ago, Dolph, 62, popped the question to the 20-something personal trainer in Stockholm. He shared a pic after the proposal, writing on Instagram, “Something very special happened here in Sweden. D❤️E.”

Emma shared more photos, including a close-up of her hot-pink engagement ring. She wrote on Instagram, “Pinch me❤️.”

The pair are now back in Los Angeles. Just days ago, they were seen enjoying a lunch date at La Petit Four in West Hollywood. Emma was seen wearing her ring.

[From Extra via DListed]

My first reaction is always to write Dolph off as a lunkhead but that’s not fair because the man holds a master’s degree in chemical engineering and had just received a Fulbright Scholarship to MIT when his Grace redirected him to acting. He was married to a jewelry designer who was only nine years his junior for almost 20 years and they had two daughters, one of whom might be older than his current fiancée, I won’t know until I get some clarification on the “something” part of Emma’s 20-something age. Dolph may not be the best actor but from what I’ve seen, he’s a decent guy. Plus, he’s still huge in the martial arts world and Emma works at Equinox, it’s possible they have enough in common to make this work, at least until she gets her learners permit – I KID! Looking at Emma’s Instagram, I’m having a hard time figuring out what they talk about when their guests have gone home but congratulations to the happy couple, I guess?

Even though Dolph is wearing his 62 years well, check out this photo below and tell me you don’t hear the jingle One of These Things is Not Like the as you look at it. 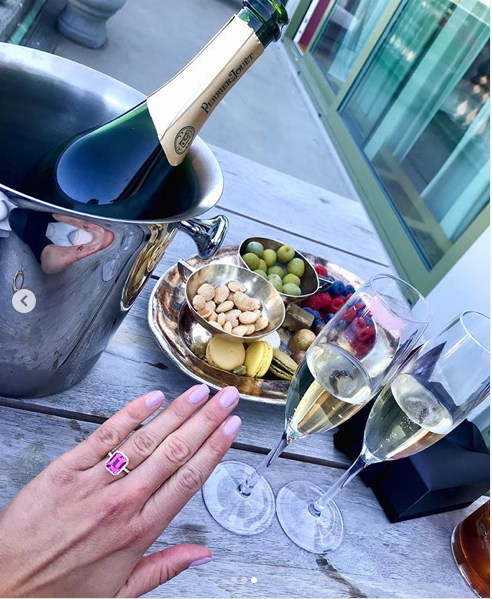 I mean, congrats – but still, look at these two