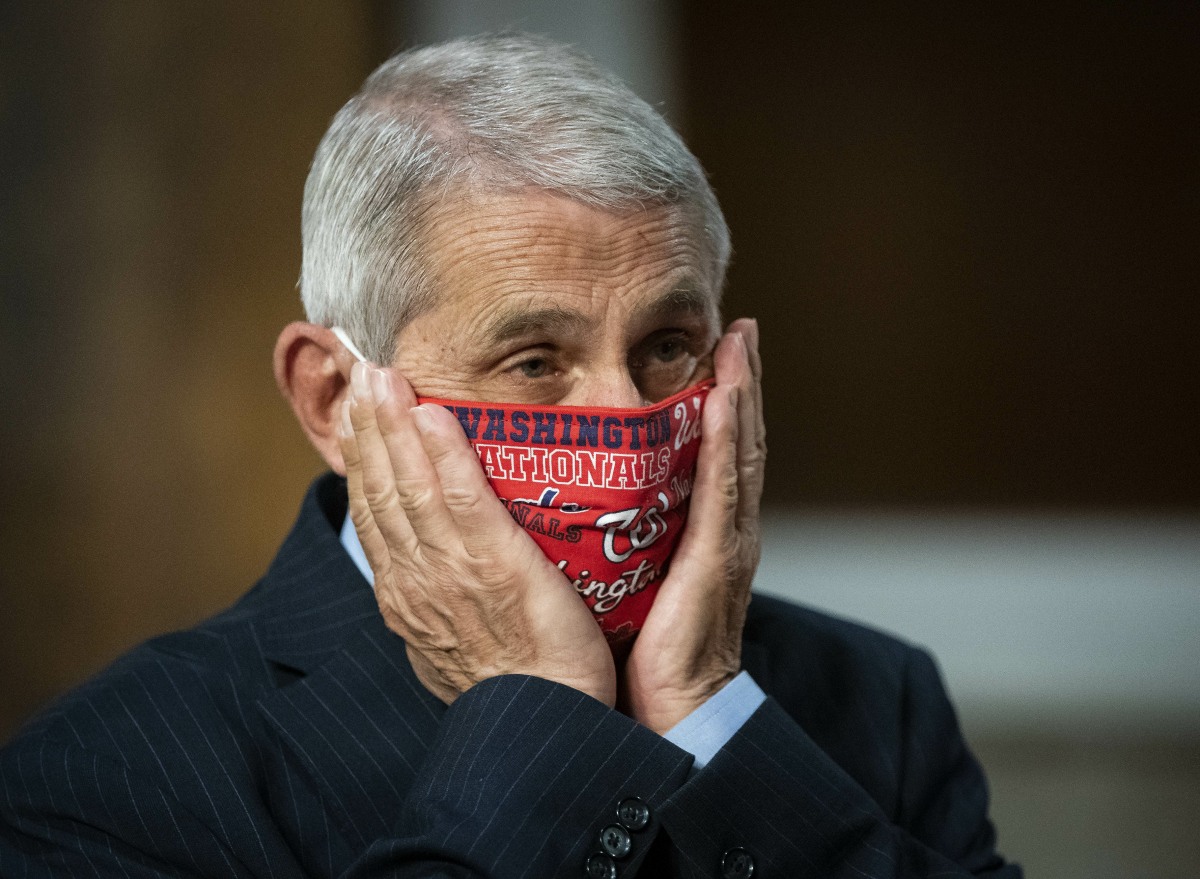 My state, the commonwealth of Virginia, is going into Phase III of the reopen today. It means more businesses will open, but the governor still advises caution, and for people to wear masks as often as possible and to stay and work at home whenever possible. Virginia still has new coronavirus cases, but we’re not seeing “first wave” outbreaks in the thousands on a daily basis. But we could. It feels like every state that even attempts any kind of general reopen is seeing a spike in cases. Dr. Anthony Fauci testified in a Senate hearing yesterday and he painted a grim picture:

Dr. Anthony Fauci warned that the U.S. could soon see 100,000 new coronavirus cases a day if the current rate of infection continues. Fauci, the director of the National Institute of Allergy and Infectious Diseases, said that the soaring number of new infections in several states, primarily Arizona, Florida and Texas, “puts the entire country at risk.”

“We are now having 40-plus thousand new cases a day,” he said, while testifying at Senate hearings about COVID-19. “I would not be surprised if we go up to 100,000 a day if this does not turn around. And so I am very concerned.”

On Friday, the U.S. hit a new single-day record of infections with 45,498, far surpassing the record from April of 36,738. Fauci was responding to a question from Sen. Elizabeth Warren about what the likely U.S. death toll will be at the end of the pandemic. As of Tuesday, at least 126,161 Americans have died from the virus.

“I can’t make an accurate prediction, but it is going to be very disturbing,” he said. “I will guarantee you that, because when you have an outbreak in one part of the country, even though in other parts of the country they’re doing well, they are vulnerable.”

During the Senate hearing, Sen. Lamar Alexander, a Republican from Tennessee and chair of the Senate health committee, urged President Donald Trump to wear a mask in public to signal to Americans that they are effective in stopping the spread of COVID-19. “The president has plenty of admirers,” Alexander said in his opening remarks. “They would follow his lead, it would help end this political debate. The stakes are too high for this political debate about pro-Trump, anti-Trump to continue.”

Dr. Fauci also told the Senate that bars are now the coronavirus hot spots in America: “Bars: really not good, really not good. Congregation at a bar, inside, is bad news. We really have got to stop that.” Other health experts are calling bars “the perfect breeding ground” for the virus. Which leads me to this – Texas’s Gov. Abbott closed down the state’s bars several days ago because he, like everyone else, understood that the bars were becoming breeding grounds and that bars were partly responsible to the huge spike in corona cases in Texas. On Tuesday, there were widespread “protests” in Texas to Gov. Abbott’s restrictions. Anyway, some of the signs at the Texas protests? “Bar Lives Matter.” This is disgusting. White people, do not do this. Do not trivialize a racial justice movement which is about life and death. Do not. And to those people who are this f–king upset about bars closing: are there liquor stores in Texas? Go to a liquor store, spend $50 and look up some cocktail recipes online. Either that or join a program.

Protesters are upset @GovAbbott shut down bars in order to help slow the spread of COVID-19. More than 30 bar owners are suing over the executive order. Protesters are demonstrating at the State Capitol and soon at the Governor’s Mansion. @KVUE pic.twitter.com/MaRSILqIxk

HAPPENING NOW: The “Texas Bars Fight Back” protest is happening outside the Texas Capitol to protest the closing the bars statewide. pic.twitter.com/NPLen0fFmF