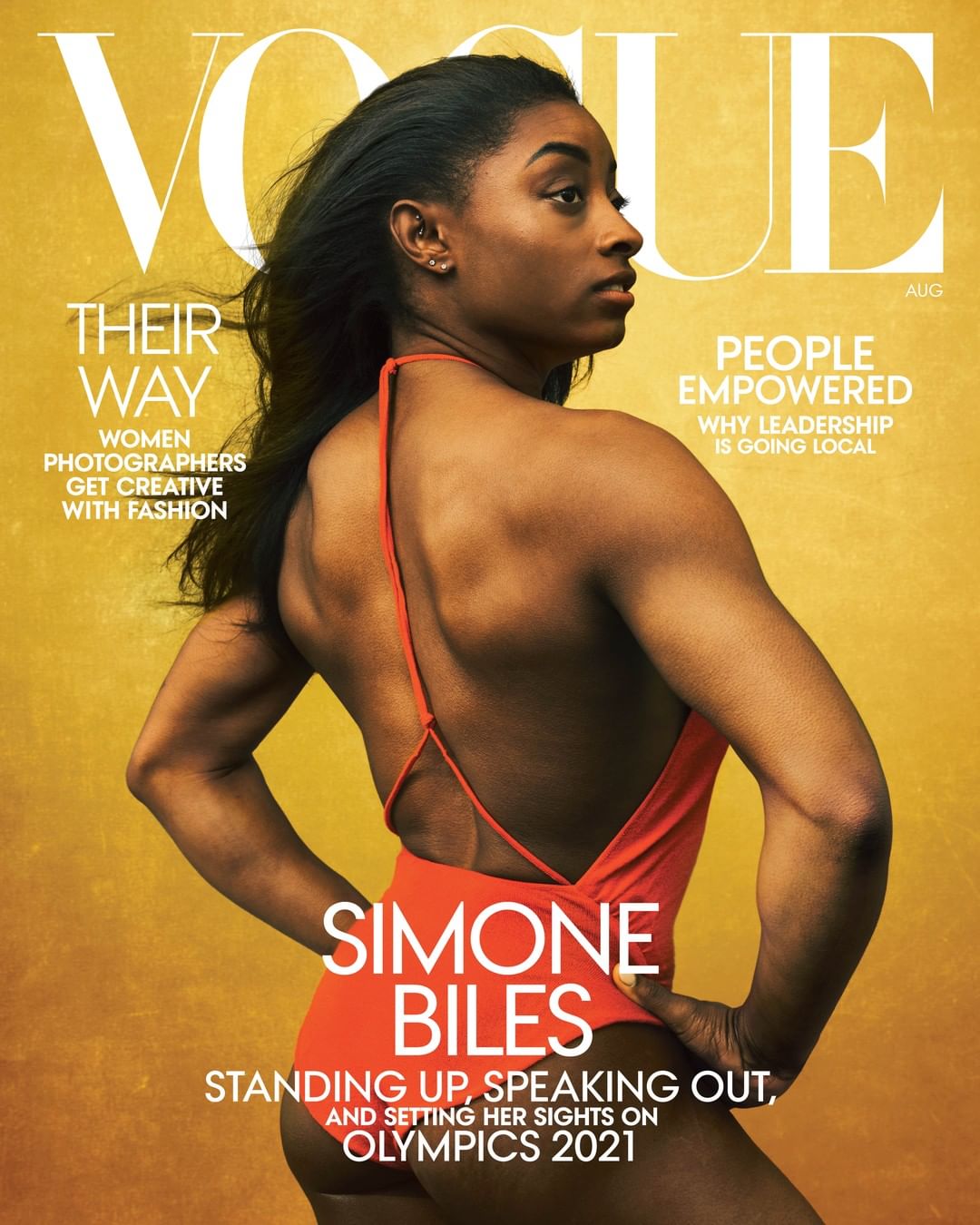 I love Simone Biles. I love her strength, her power, her athleticism, her beauty and her grace on and off the gymnastics floor, but I kind of dislike these photos – Annie Leibovitz kind of phoned it in here. Simone covers the latest issue of Vogue in what was supposed to be a scheduled promotion for her appearance at the Tokyo Olympics, an Olympic games which have now been pushed to 2021. The Vogue piece is lengthy, and for good reason – part of it is a traditional profile of the greatest gymnast of all time, a champion who hasn’t lost a meet since 2013. Then there is a huge section devoted to the pedophile Larry Nassar and his abuse of dozens of young girls in the US gymnastics program, including Biles. Then there’s another post-pandemic section at the end about how Biles has been functioning as a young adult woman, dealing with her traumatic past, going through a break up, unable to spend time with her grandparents, and feeling like she has a ticking clock over her gymnastics career, especially with the one-year Olympics delay. This Vogue piece made me cry and I don’t have words for how inspiring she is. You can read the full piece here. Some highlights:

On being in the public eye: “No matter how good you are in your sport, in life, in work, the number one thing people talk about is how you look.” She urged the girls to handle such pressure by ignoring it. “You’re still going to thrive. You’re going to become somebody amazing and great. You guys are all beautiful, inside and out.”

When the Nassar story broke after the Rio Olympics: “It didn’t feel like real life. And there were little things that I did that I didn’t know why, but I felt like I was just trying to protect myself.” Such as? “Just, like, little quirks. Like I remember on tour, I would have really bad anxiety about nothing. Or like, walking down a hall, I feared that somebody was following me. I just had a lot of issues that were unexplained until I finally figured out why. The dots connected.”

She moved out of her grandparents’ home but still hadn’t dealt with Nassar’s abuse: “I was very depressed. At one point I slept so much because, for me, it was the closest thing to death without harming myself. It was an escape from all of my thoughts, from the world, from what I was dealing with. It was a really dark time.”

She came to terms with Nassar’s abuse after hearing Maggie Nichols’ story, in early 2018: “I was reading Maggie’s coverage and it just hit me. I was like, I’ve had the same treatments. I remember googling, like, sexually abused. Because I know some girls had it worse than me. I know that for a fact. So I felt like I wasn’t abused, because it wasn’t to the same extent as the other girls. Some of my friends had it really, really bad. They were his favorite. Since mine wasn’t to that capacity, I felt like it didn’t happen.”

In retrospect, she thinks she just had a mental block: “I felt like I knew, I just didn’t want to admit it to myself, that it had happened. Because I felt like, not that you’re supposed to be perfect, but I just felt like that’s what America wanted me to be—was perfect. Because every time an American wins the Olympics, you’re like America’s sweetheart. So it’s like, How could this happen to America’s sweetheart? That’s how I felt—like I was letting other people down by this.”

Sharing her story was cathartic: “For me, it was a weight that I carried so heavily on my chest, so I felt like, if I shared it with people, then it would be a relief for me. And I knew that by sharing my story, I would help other survivors feel comfortable and safe in coming forward.”

On a proposed settlement to the victims: “It’s like, at the end of the day, I don’t want your dirty money… We need to figure out why it happened, when it happened, and who knew what, when.”

The postponed Olympics: “We were gripping at the bars, and I just started crying. Another year of dealing with USAG. That, I don’t know if I can take.”

I remember covering just a fraction of the gymnasts’ stories at the time, and all of the speculation about “who would come out next” and “why wasn’t So-and-So saying such-and-such,” and it’s still painful. These were little girls. Nassar abused little girls for years. Nearly every Olympic-candidate gymnast from the past 20 years was abused by Nassar. They were little girls and they didn’t understand what was happening to them and it took many of them a long time to process it, not just the abuse but the massive betrayal from the adults in charge, adults who looked the other way and didn’t protect these girls.

Vogue talks a lot about Biles’ power in the gymnastics community now too – she’s the only one of Nassar’s victims who is still currently on Team USA’s Olympic team. One tweet, one statement, one Instagram from Biles can end someone’s career and she barely even understood that she has that power. Biles also makes it clear that she’s not done with trying to get justice for her teammates and all of the other survivors. She’ll get it too. 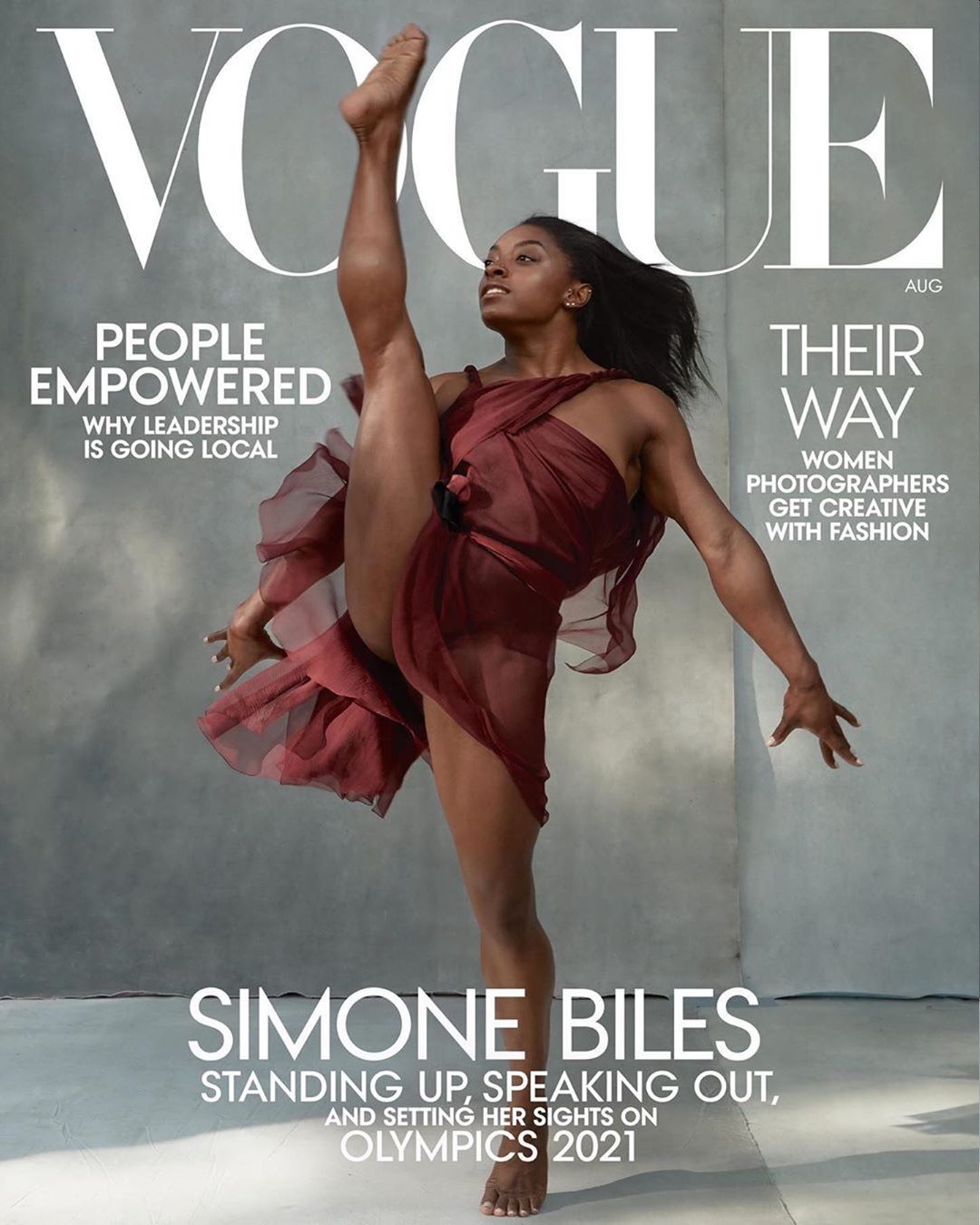 31 Responses to “Simone Biles on Larry Nassar: ‘I remember googling, like, sexually abused’”