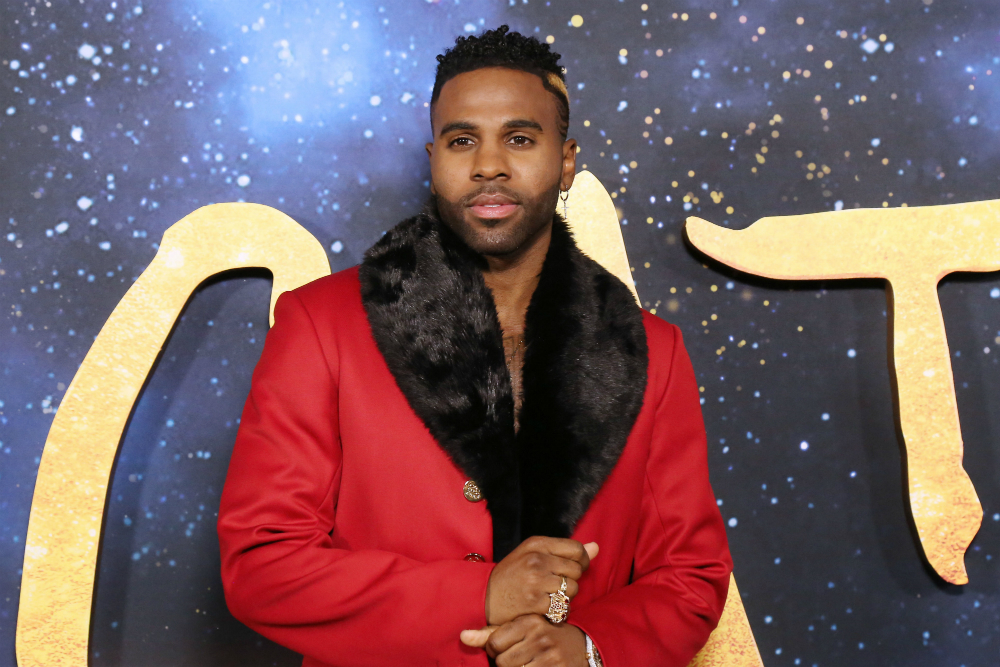 While I admit that I’m not on and do not intend to register on TikTok, I have been enjoying the many highlighted clips that pop up on my other forms of social media. Many have found their space at TikTok and a few have emerged as TikTok rock stars. One such person is Jason Derulo, who has been dubbed King of TikTok by some, a title he claims he wears to promote the young creators on the app. Jason recently spoke remotely with Speedy Morman at Complex about his TikTok fame and more specifically, how profitable it is for him. Speedy asked whether the rumor that he was pulling down $75K a post was true. Jason claimed humility prevented him from discussing his finances… but then assured us that it was way more than that.

What you’ve done over the last few months [reminds me] of what DJ Khalid did with Snapchat, when he just took it and ran with it and it blew up. Do you see any similarities in your short career on TikTok like Khalid was on Snap?
I do, I do see a similarity. You know, when Snapchat came out it kind of took over the world and it was all about Khalid. And I think, with his particular act, he was able to just show himself more than we’ve ever seen him. And I think it’s the same thing with TikTok, I’m able to show who I am and whereas in other apps I didn’t thrive as much because I couldn’t show me, you know what I’m saying? So anytime I’m able to create something from nothing, those are the moments that I really thrive. You know, slowly people started to call me the King of TikTok and I was like, ‘whoa, that’s a lot of pressure.’ But I decided to just wear it, to just wear that crown and be a leader and support the young creators.

Let me know if this is true or not, there was a rumor flying (around Twitter) that Jason DeRulo makes 75 grand on TikTok. Is there any truth to that?
I think it’s tacky to say what I do make from them, but it’s far more than that. But I’m not going to say what it is.

I remember in an interview you said a while back something along the lines of, “if I held my checkbook up against your favorite rappers checkbook, he can’t even hold a candle to me.” How accurate still is that statement?
Uh, I mean, it’s really accurate. I’m not really the type to boast, I must have been upset when I said that (laughs). But, I mean, it is the truth.

A quick Google search, Jason DeRulo’s net worth is $14 million. Is that accurate?
Nah, it’s so wrong… It’s not accurate at all. I think Diddy and Jay Z take about how inaccurate (the Forbes wealth list) is, but mine is just so egregious, not in the ballpark.

[From Complex via Buzzfeed]

Jason finished the interview discussing the importance of Black people promoting each other and making sure artists hire Black people at every level in their teams. He also addressed speaking up for Black Lives Matters. He said people who unfollowed him because of his BLM posts were fans he “didn’t need.” I was impressed by that and how he’s motivated to make his TikTok videos by his desire to create something out of nothing. Unfortunately, they were sandwiched between Jason talking about knocking someone out for throwing ice at him and how he’d like to meet the folks on social media saying his videos were silly so that he could – you guessed it – knock them out.

Jason said he had spoken to Forbes about the $14M Google listed for his net worth and asked how to get “it fixed,” because, according to him the number is higher than what is listed. I think Jason is very talented and I don’t take issue with someone claiming their own talent or success. Honestly, I think we should all probably be more comfortable with what we’ve accomplished. But it’s a little funny to me that Jason is trying to pass himself off as someone who doesn’t “boast” about his fortunes and finances and while he makes sure we know he’s far richer and more successful than anything published about him.