Duchess Kate: ‘My children have bottomless pits, I feel like a constant feeding machine’ 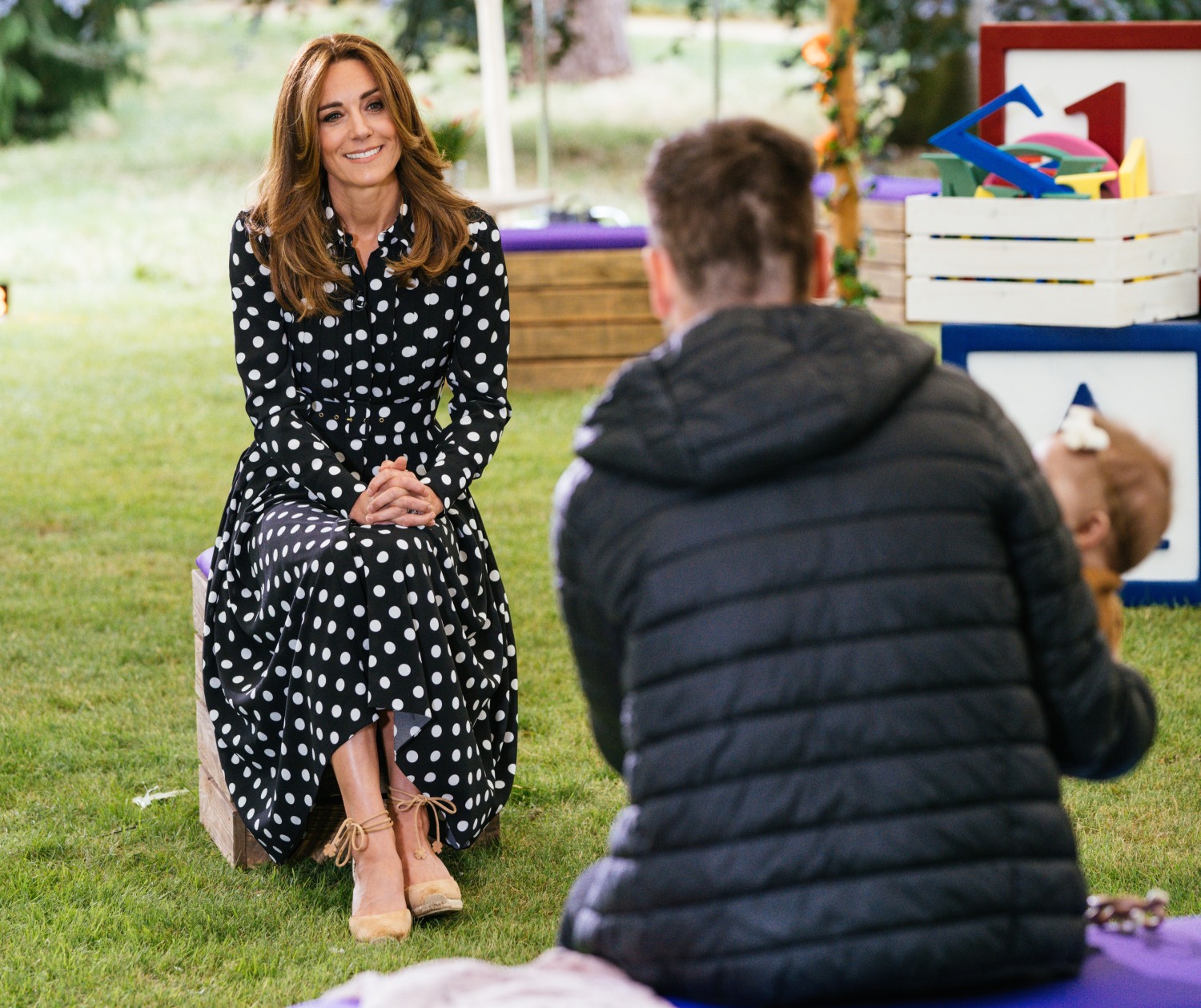 Historically, the Duchess of Cambridge has never enjoyed doing events with a full media scrum. I genuinely think that she gets really nervous as soon as she sees the phalanx of photographers, videographers and royal reporters. Which is why Kensington Palace has always taken extraordinary steps to stage-manage Kate’s events in particular – if they can get her to do something, anything in public (which usually involves bribery of new coatdresses and jewelry), she prefers to just be photographed by an in-palace photographer or some friendly Getty photojournalist, and then the palace releases carefully selected photos. So it is with Kate’s pandemic events – the palace has used the pandemic and a public health crisis to “manage” Kate’s handful of public events thus far. Events are embargoed for media for days, and then the royal reporters can only cover the events using palace-selected photos and using a palace-endorsed narrative.

So it is with Kate’s “endorsement” of the BBC’s Tiny Happy People platform – the photos were released by the palace and the event was closed to the media except for Kate’s (rehearsed) interview with the BBC. The headlines are all palace-approved – stuff about Kate’s “golden bronde” highlights, her “chic” £1,565 Emilia Wickstead dress, and of course the quotes from Kate’s BBC interview are entirely written by some palace speechwriter.

On her kids as bottomless pits: ‘My children have bottomless pits. I feel like a constant feeding machine for them. Louis doesn’t understand social distancing, he goes out wanting to cuddle everything, particularly any babies younger than him.’ She later added that Prince Louis has taken to running everywhere, saying: ‘If you put Louis down, he’s off’.

The BBC’s Tiny Happy People initiative: ‘So much focus, particularly during pregnancy and when you have a newborn baby, is the physical development. But what I found was missing was the support on how to further their emotional and mental development… And it’s that bit that I think you really need the support.’

Stressful lockdown: ‘It’s been challenging. Some parts have been really positive, spending extra time with the kids, everything like that, but it is equally stressful. You are in confined spaces… And having to home school, that was a challenge. I always had a respect for teachers before, but now I have a newfound respect for them.’

The stress of getting back to work: ‘How do you extend that umbilical cord from having had that precious time together? I know from a personal perspective, having all that extra time together as a family, but then being able to step back again and go back to how things were. It’s really hard for lots of families.’

I feel like two theories can be true at once. One theory is that Kate actually did spend so much time with the kids and she found it really stressful to home-school and entertain them and feed them constantly, day after day, with William not really helping out that much. The second theory is that this is just more “normal middle class” cosplay from the Cambridges, trying to show us that they’re Just Like Us. 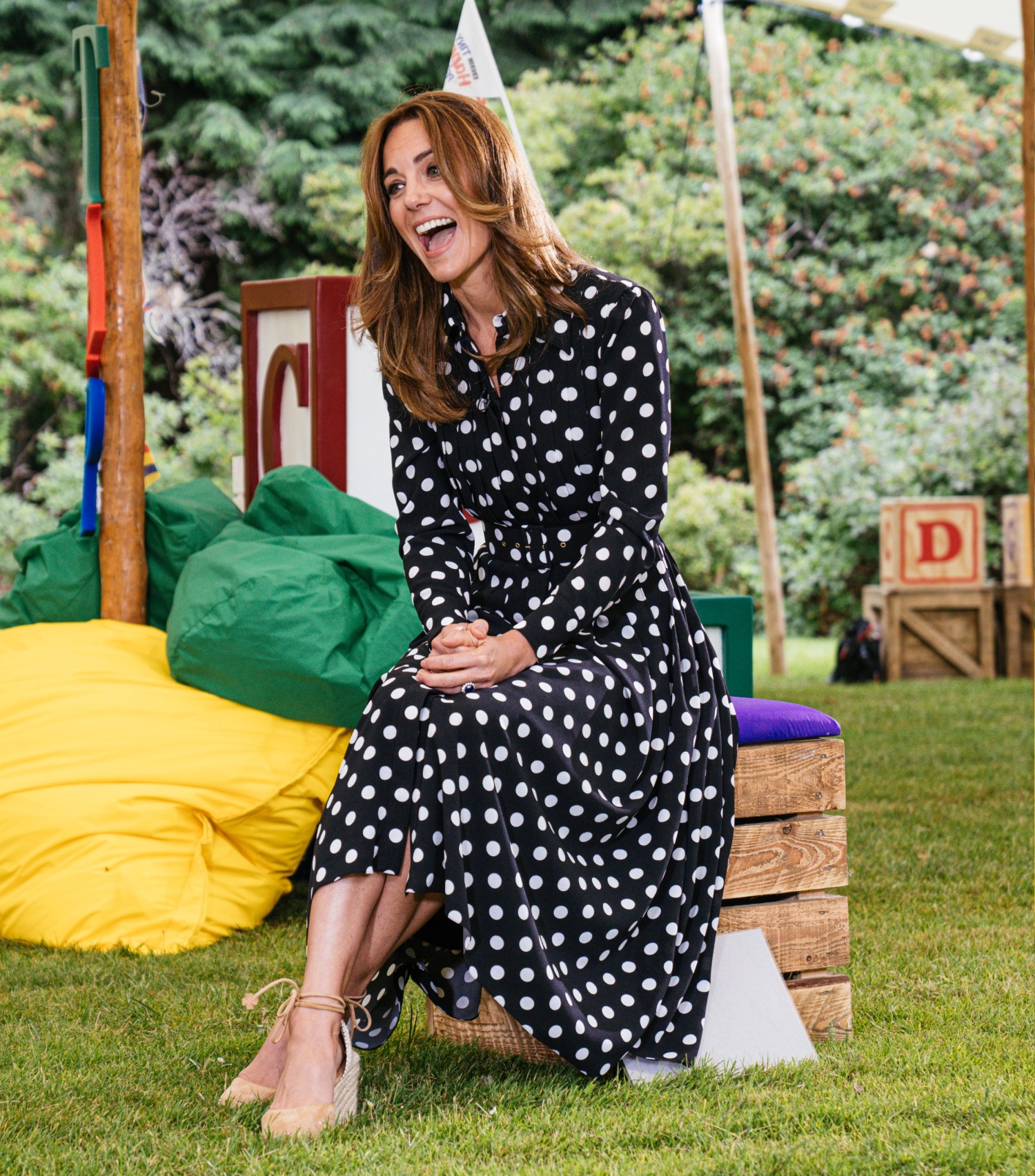 89 Responses to “Duchess Kate: ‘My children have bottomless pits, I feel like a constant feeding machine’”