John Legend says he cheated in earlier relationships: you’re happier with one person 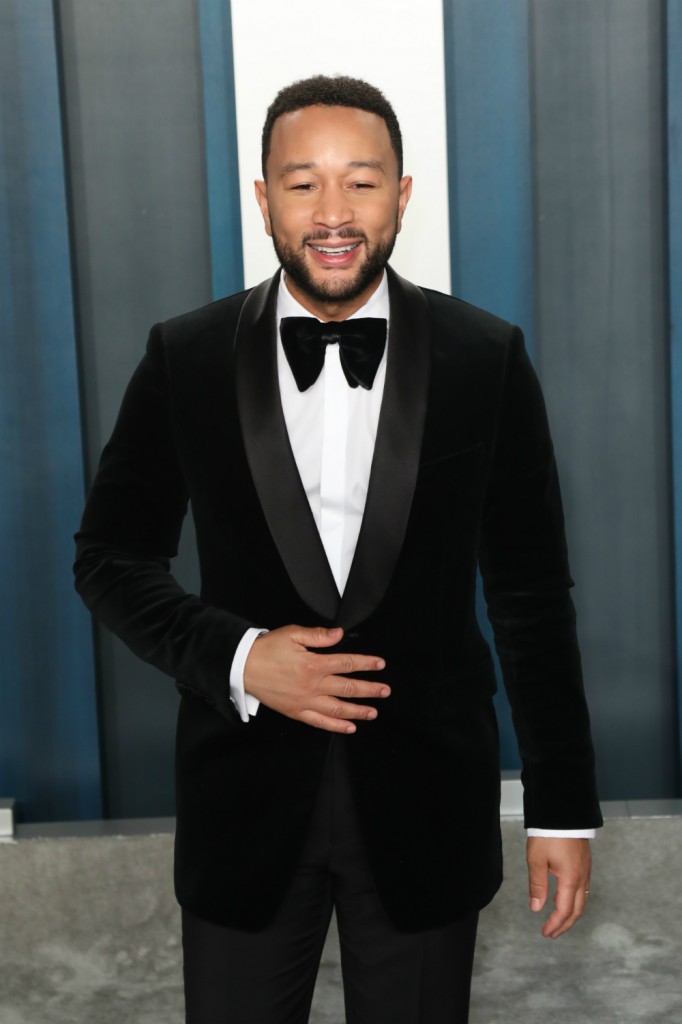 John Legend called in to Dax Shepard’s podcast, Armchair Expert with Dax Shepard and the subject turned to infidelity. Both men admitted they’d spent much of their unmarried life cheating on their partners. They boiled their motivation for cheating down to their need for attention from women. John, however, said “being faithful and being in love,” makes him much happier as well as making life much less complicated.

John Legend and Dax Shepard are not proud of everything in their past.

The R&B singer was a guest on the Parenthood star’s podcast, Armchair Expert With Dax Shepard, and during their talk, the men both admitted to having cheated in former relationships.

Legend shared a similar story as to how he started running around on women. “I think what happened for me, personally, you go through a lot of your life in your teens — and I was like the ‘two years younger kid than everybody’ in high school and college, and so I just didn’t get a lot of girls when I was younger,” he explained. “When I started to get that attention, I loved it. I just ate it up.”

Legend said he compromised the infidelity in his head by not labeling the relationships. “I escaped ‘technically cheating’ by keeping my relationship ill-defined. But it was really cheating,” he told Shepard. “I definitely was dishonest and selfish and just enjoyed this new attention I was getting. It was happening before I was famous but when I was kind of on my way.”

“You just realize you’re happier being honest,” he said. “You’re happier being faithful and being in love with one person. At a certain point, I just decided that person was Chrissy (Teigen). I decided I wasn’t gonna mess with anybody else anymore.”

Legend stressed, “It’s so much easier. Your whole life is lighter. When you’re able to be honest with a person and you aren’t hiding texts …your mind is freer.”

Legend and Shepard also talked about the pressure of both being in marriages that are often labeled “relationship goals.”

As for Legend, he says the attention on his marriage to Teigen makes him less stressed. “I feel like it makes it even more less likely that I would f**k it up,” he explained. “Chrissy has however many million Twitter followers. If I were to do anything, it would be career suicide. It would be terrible. It just gives you another reason to not f**k it up.”

I appreciate that John realizes he’d just found a way to justify being a creep by saying his relationship was undefined. A lot of cheaters never admit they were in the wrong. I don’t endorse cheating in any way. It’s such a betrayal of trust and it hurts on many levels. I am, however, no saint. Or I wasn’t. Like both Dax and John, I was a crud in my unmarried life. Not to everyone, but enough that I should be ashamed of my behavior. And I am now, but at that time I didn’t care. Then I fell in love and I’ve, hand to God, never even considered the notion of cheating, just like John said. Granted, I’m not married to a supermodel nor do I have legions of fans throwing themselves at me as temptation, but other than that – samesies. I think when John said, “You’re happier being faithful and being in love with one person,” he’s talking about being in an honest relationship. Anytime you do not have to hide something, be it from a life partner or a best friend, it is freer, as John said.

As for being relationship goals, I’m not sure anyone should model their relationship after anyone else – find what’s best for you. But any form of happiness is a gift so I can see admiring a couple who seems happy together. And I loved John saying he has to stay faithful to Chrissy or it would be career suicide. That cracked me up. I’m glad those two found each other, they seem well-suited.

For Father's Day, my queen made me feel like a king. She knows how I love to get dressed up and go out on a date. We haven't been able to do it for months so she planned a special dinner for us in our backyard. I love you, @chrissyteigen. I'm so grateful to be the father of your children. ❤️❤️❤️❤️

24 Responses to “John Legend says he cheated in earlier relationships: you’re happier with one person”