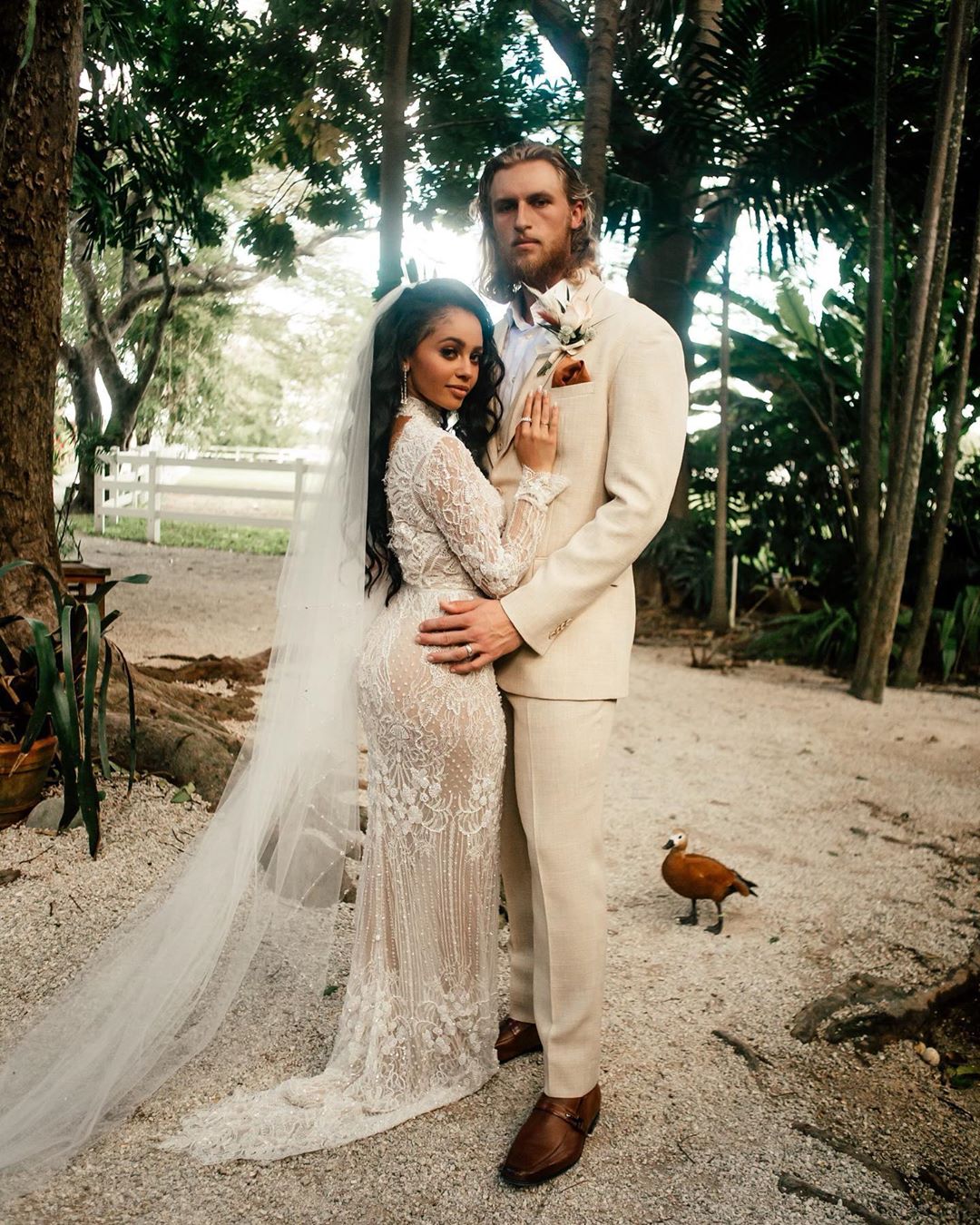 I have no idea who these people are but I know a SCANDAL when I hear about it. The players: Michael Kopech, the pitcher for the Chicago White Sox, and Vanessa Morgan, an actress currently appearing on Riverdale. They got married in January of this year, pre-pandemic, in a smallish ceremony in Florida. On Friday, Vanessa announced that she is pregnant. On Monday, we learned that Michael Kopech filed for divorce in June. WHOA!

Chicago White Sox pitcher Michael Kopech and Riverdale star Vanessa Morgan, who is currently pregnant with their first child, are parting ways after six months of marriage. Kopech, 24, filed for divorce in his home state of Texas on June 19, The Chicago Tribune reported, citing court records. The documents were filed in Morris County and a hearing date was not listed, according to the outlet.

A representative for Morgan confirmed to PEOPLE that Kopech is the father of Morgan’s baby on the way, but declined to comment on the divorce filing. A spokesperson for Kopech did not immediately respond to PEOPLE’s request for comment.

News of the divorce comes just days after Morgan, 28, announced her pregnancy. On Friday, the actress shared photos and videos from a party of close friends and family where it was revealed that she’s having a baby boy. Kopech did not appear in any of the pictures or videos.

HOLY CRAP!!! It is truly crazy that her representative had to go to People Magazine and “confirm that Kopech is the father of Morgan’s baby on the way.” Because that was where our minds went, that’s what we were all thinking, that a dude would only file for divorce from his pregnant wife of six months if she was cheating and the baby wasn’t his. But something else is going on, clearly. What is it? Is he a douche who suddenly realized that he wanted no part of a wife and child? Is this another Black Lives Matter split??

(Update: I got confused about whose rep said what, so I corrected that. And clearly, he filed for divorce before she announced her pregnancy, but she’s far enough along where he clearly filed after he knew she was preg.) 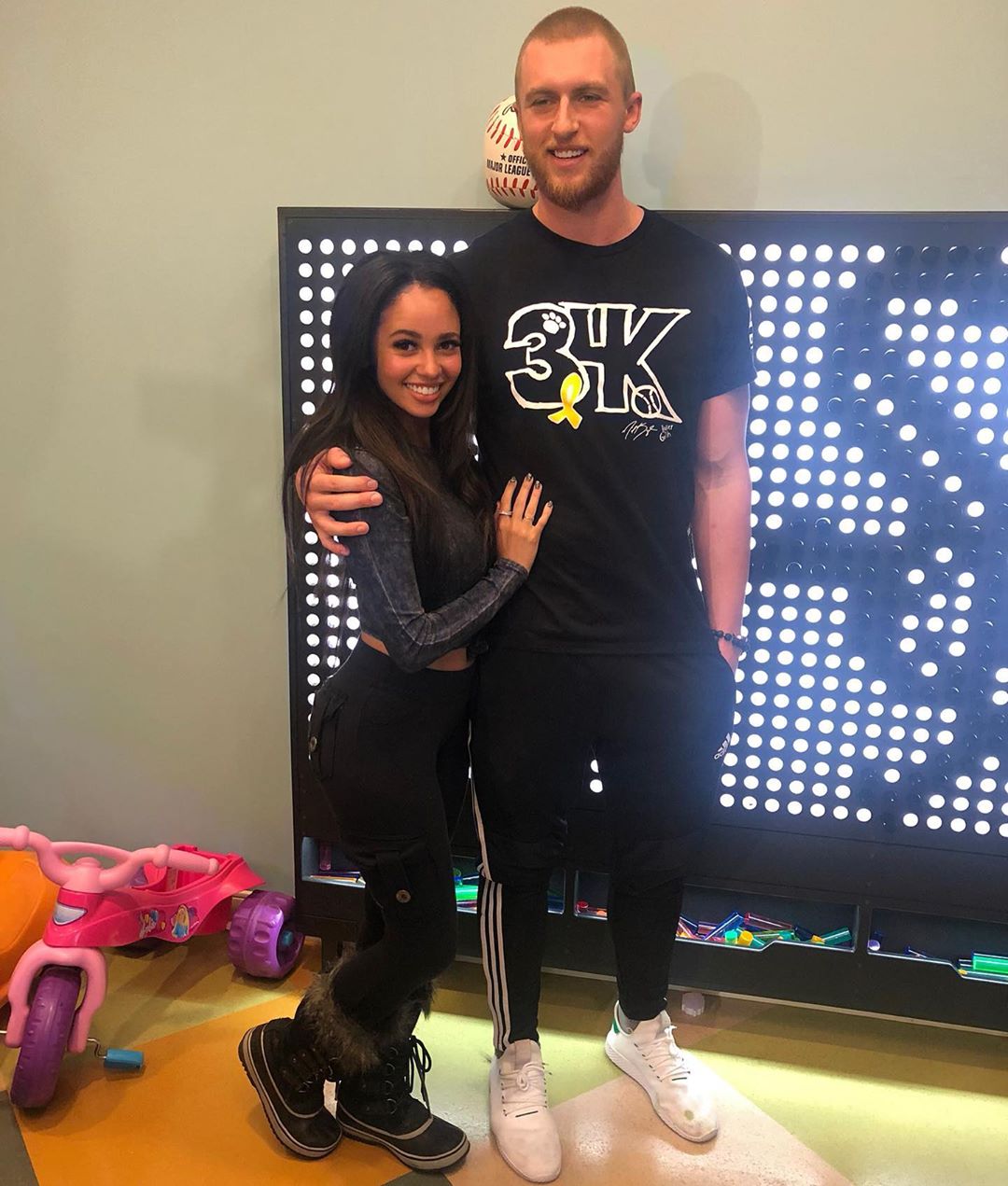 Exciting news… I am overjoyed to be welcoming my baby boy into the world this January 💙. This little guy has already brought me so much happiness and a feeling of such a greater purpose. I cannot wait to meet you!! On a personal note, I have had the blessing of growing up in the public eye having started my acting career at age 6. While this has been incredible for me, I am very much looking forward to giving this little guy some room to grow up outside of the public eye, until he tells me otherwise 🙂. Lil one you were made with so much love & already exude a light so strong it warms my belly. Thank you God for this blessing ☺️ I’m just so happy & can’t wait to dedicate everyday to being the best mommy I can be ♥️ “I’ll love you forever I’ll like you for always as long as I’m living my baby you’ll be 🎶 “- if you know you know #preggers 🤰🏽 #quarantine🎁 👶🏼