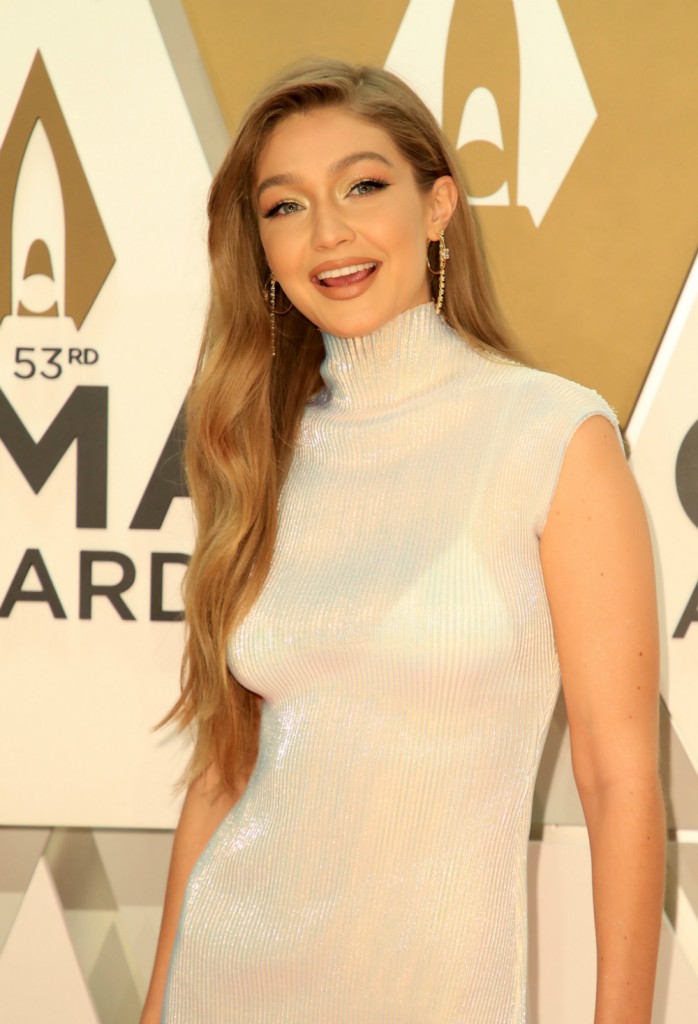 Gigi Hadid was on my Twitter feed the other night. She does that periodically, so I don’t pay it too much mind. Then I read it was because she was showing off her apartment. I like some good House Pr0n as much as the next person, but I could not be bothered to get that excited about checking out Gigi’s space.

Oh, what a foolish girl I was.

Gigi posted a series of interior shots of her New York apartment to Instagram last Saturday. According to her caption, she’d spent the past year “designing and curating” it. She also thanked her mother and all her “favorite creatives” who helped bring it together:

Spent all of last year designing and curating my passion project / dream spot. Of course it all came together right before quarantining out of the city…. but I’m excited for the time I’ll get to spend enjoying all the special corners that were made with a lil help from some of my favorite creatives (tap!) who embraced my ideas and didn’t call me crazy. 💛 ++ my mamma:) who is the greatest homemaking-sounding-board I could ask for (she called me crazy when required) ☺️ grateful to and for all.
Special thanks to Gordon Kahn!

The décor has just the right amount of chaos I look for from the young-and-beautiful set. My own style is clean lines with a single accent color so when I look at others abodes, I love to see things I wouldn’t do. You can see all her shots here, but let’s examine a few: 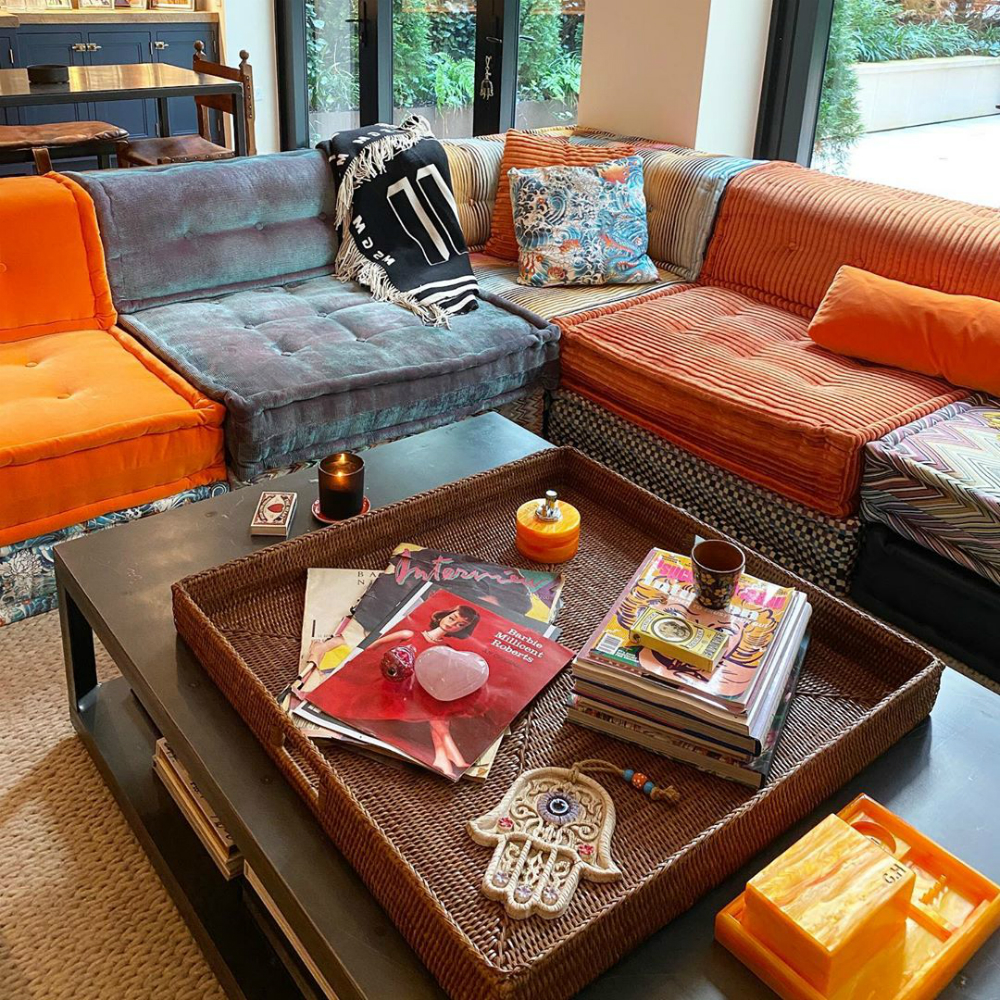 It looks like an open space plan, which, again, is not my thing (I prefer walls and designated rooms – must be my conservative upbringing). I love that couch – it looks like a sectional sofa made up individual oversized chairs. This is a brilliant seating option for an entertaining space, people could group them together or spread them apart to make individual seating areas. I enjoy the patterns and colors that oddly work together. Plus, my Barbie obsession approves of the top magazine cover. I’d like to know more about the orange box. My first thought was it was an elaborate ashtray. I use my folks’ old ashtrays from the 50s-70s as tabletop décor so I was down with it. But I think it’s a tinted wood note writing box, with a box for notecards and a spot for the inkwell and fountain pens. It’s very pretty but I would probably use it for its intended purpose at my desk. I know why Gigi doesn’t, though -it’s because her pens won’t fit: 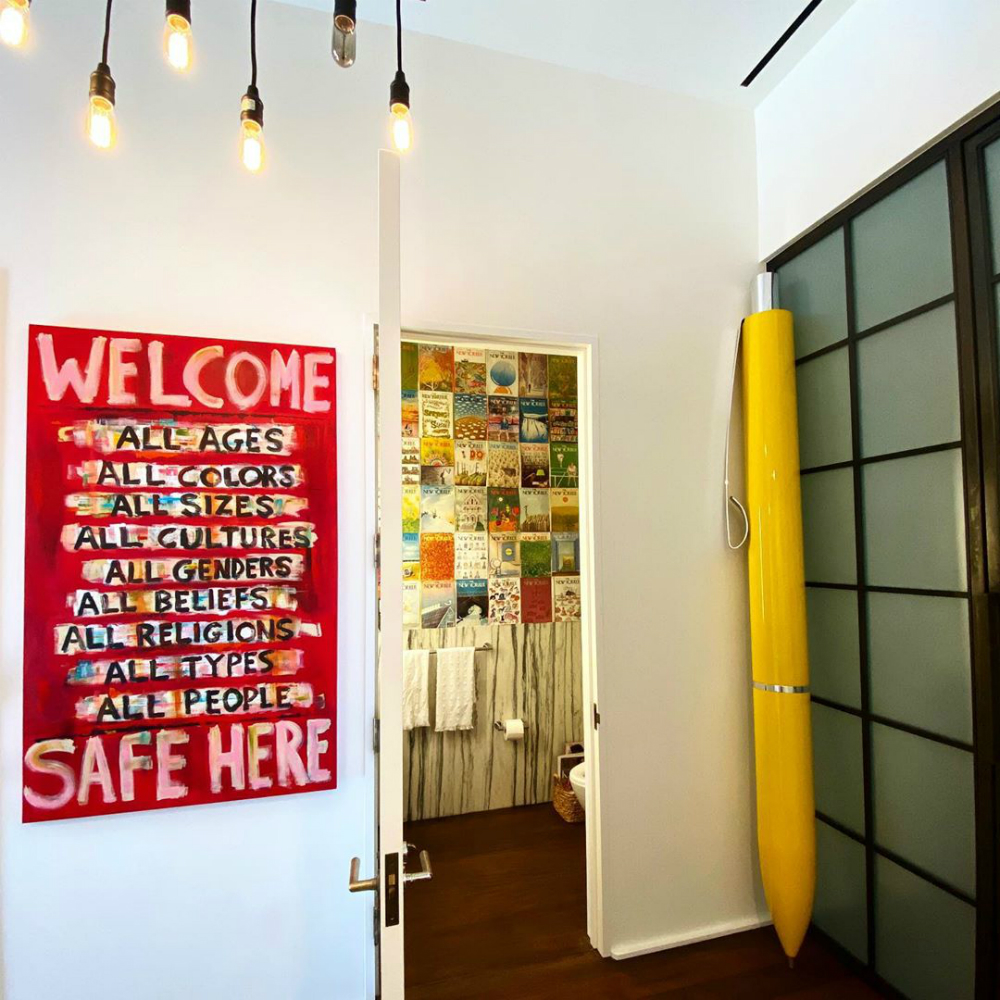 I love the SAFE HERE artwork, I’d place that right by my front door. The room seen through the doorway is a guest bathroom: 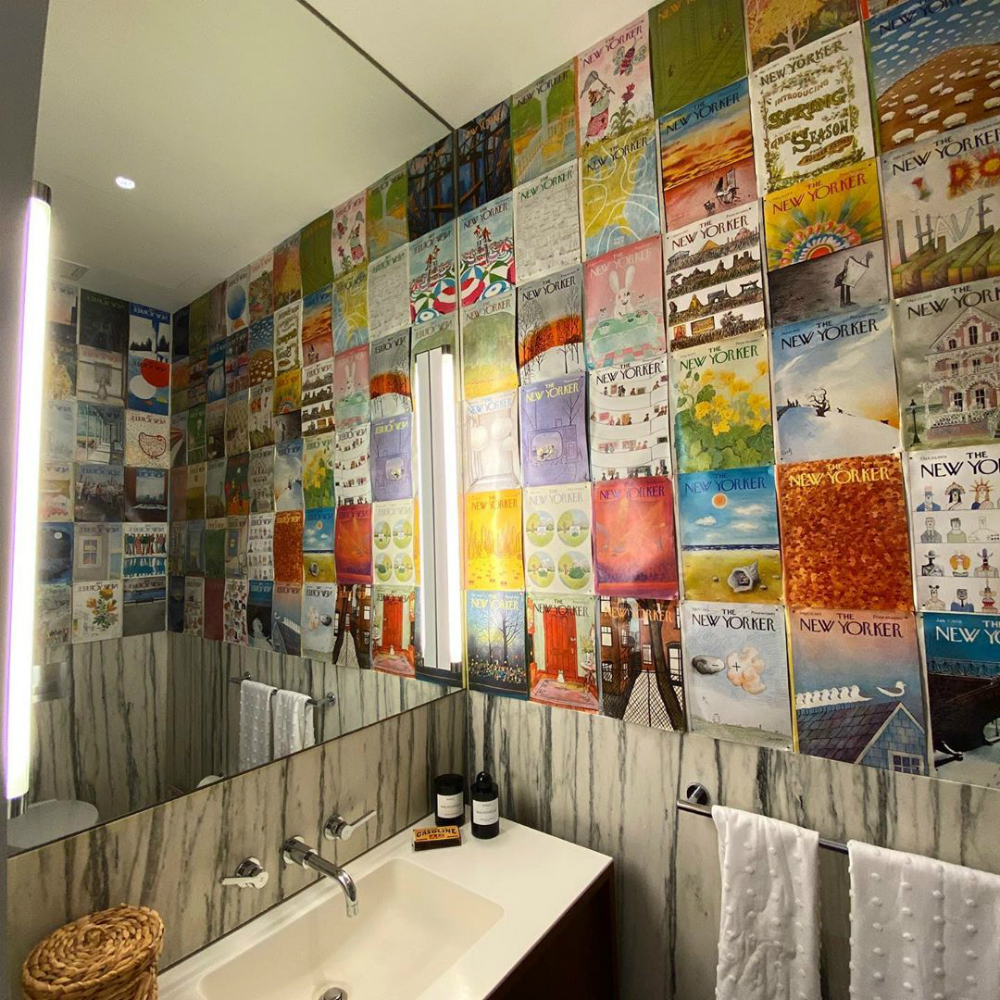 It’s weird and funky but by gawd, I love the New Yorker covers on the wall. You would always have something to look at while in there. You know Hildi Santo-Tomas from Trading Spaces just gasped wherever she is.

Gigi’s kitchen is getting a lot of attention. And deservedly so: 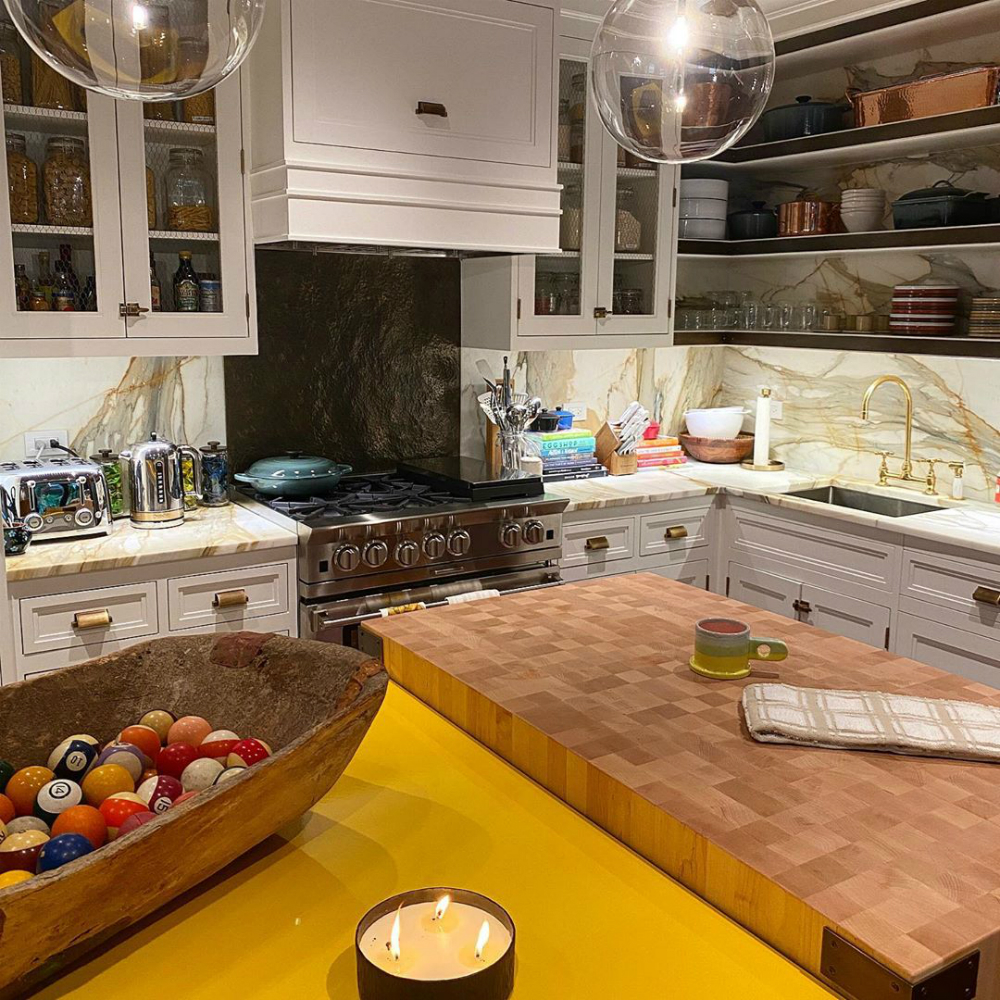 There’s almost too much to discuss here. Other than the lights, this is not my design aesthetic, but it does look pretty functional, save for possibly too cluttered counter tops. I don’t bake much but I do roll my own pasta, so I need a counter dedicated to that. Gigi doesn’t though, because she has these fancy pasta cabinets: 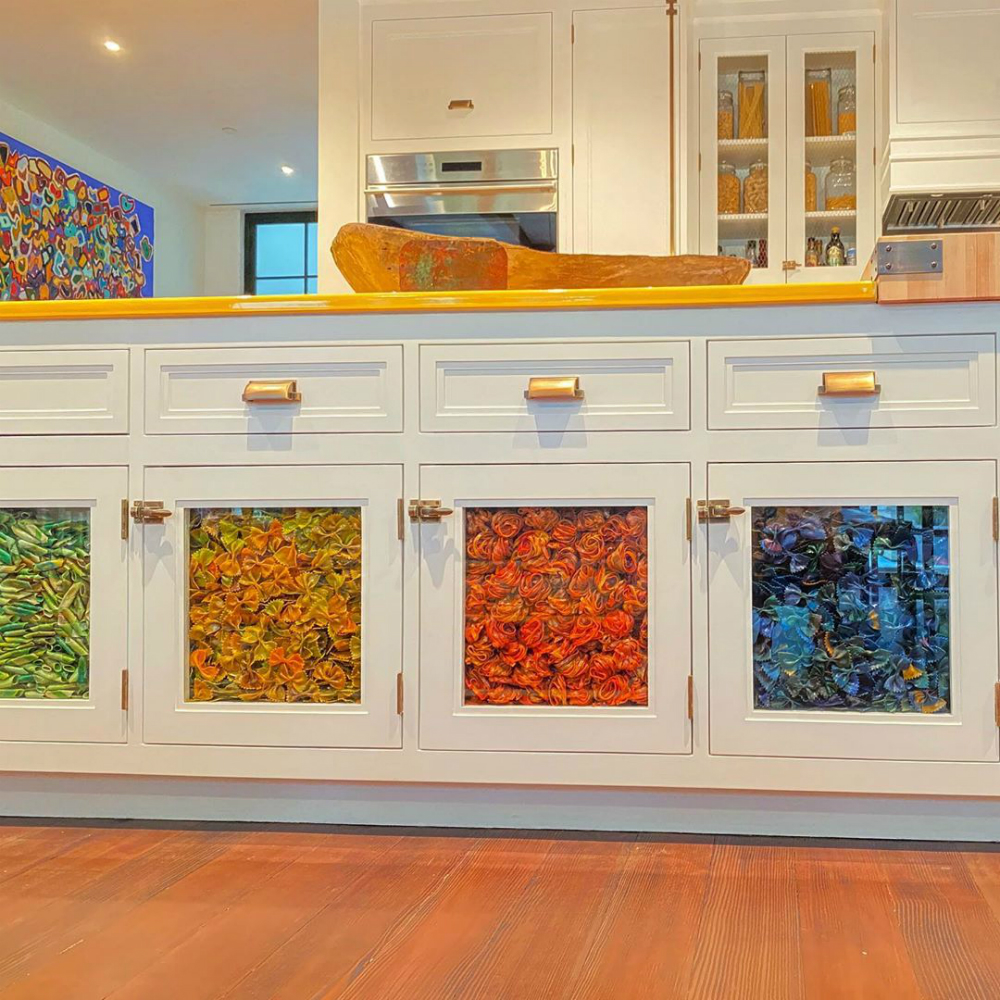 Don’t hate me but I love the colored pasta. It might be one of my favorite things about the entire apartment. Those look like display partitions so that pasta will never get used but what a great way to add color to the kitchen (although I like simpler color schemes in other rooms, I prefer a loud, colorful kitchen). They’re side opening cabinets so I doubt they actually hold loose pasta, which is a let down. It’s a creative way to hide any clutter behind they doors, though, although those latches would infuriate if I trying to put a meal together quickly.

I gotta say, this apartment captured my attention long enough to forget Gigi was pregnant. That’s going to be a bitch to baby-proof (lose the pool balls or those dish shelves are about to become target practice). Dlisted discovered this was only one of two apartments Gigi owns in the same building so maybe this will be her escape space or entertaining pad and the 3-bedroom townhouse is where she’ll live with the baby. Being rich sounds nice. 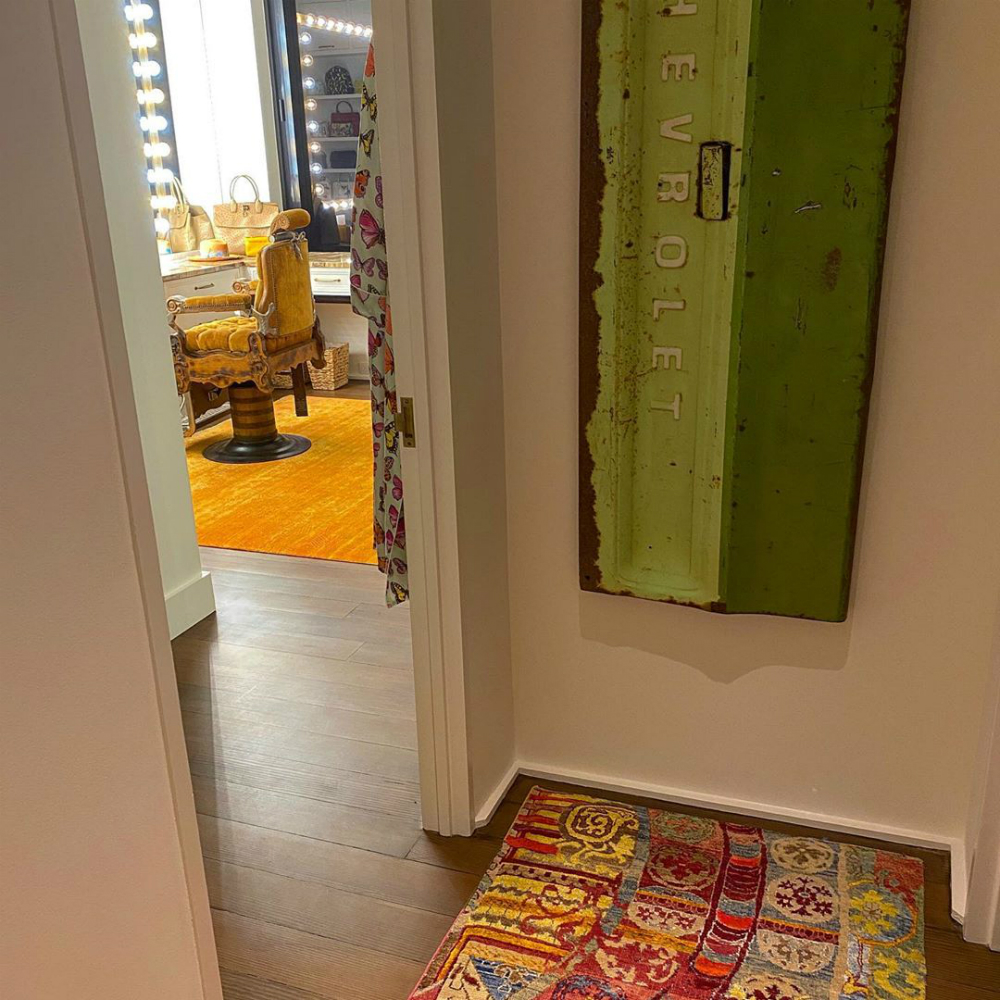 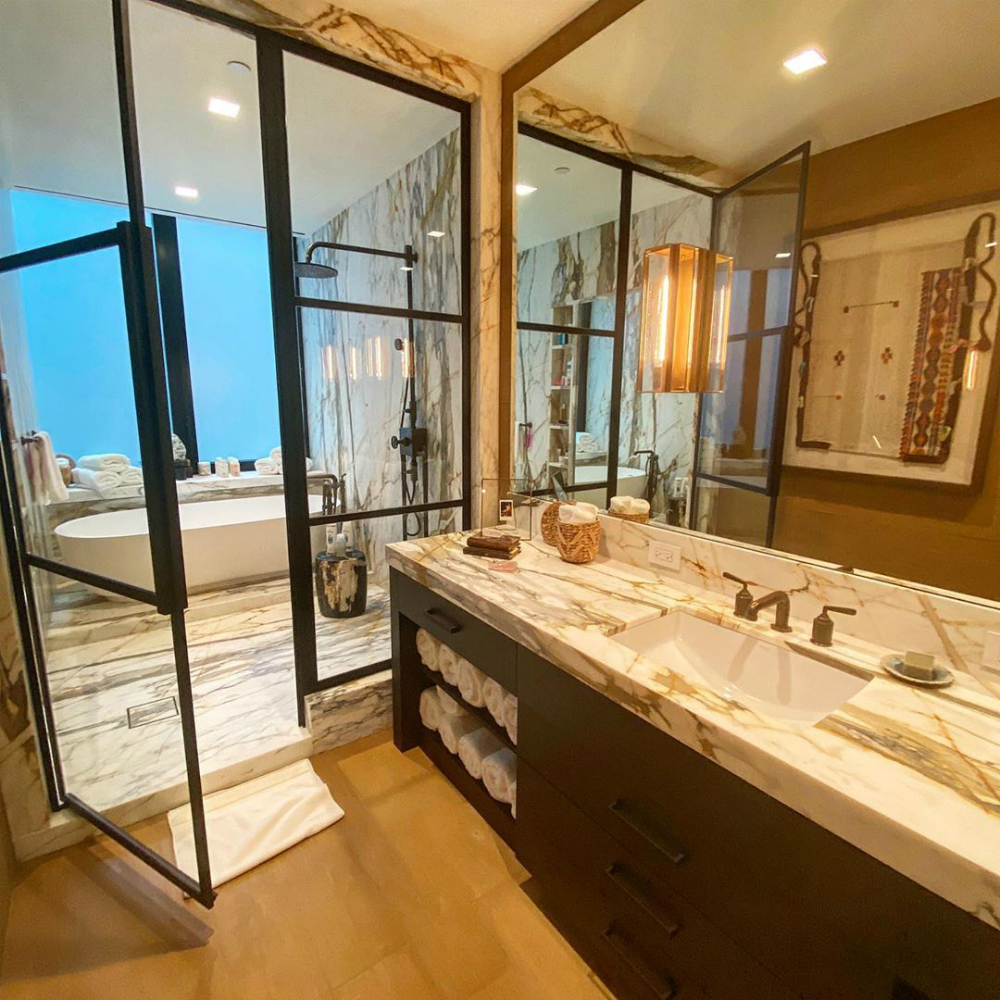 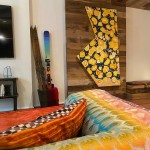 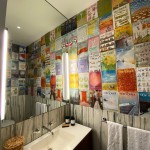 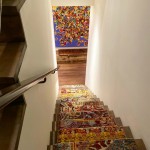 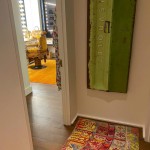 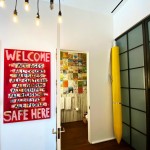 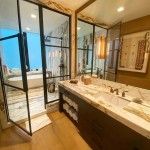 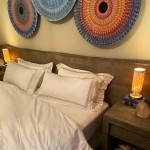 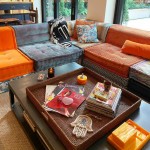 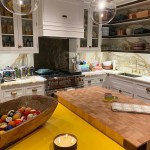 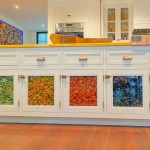