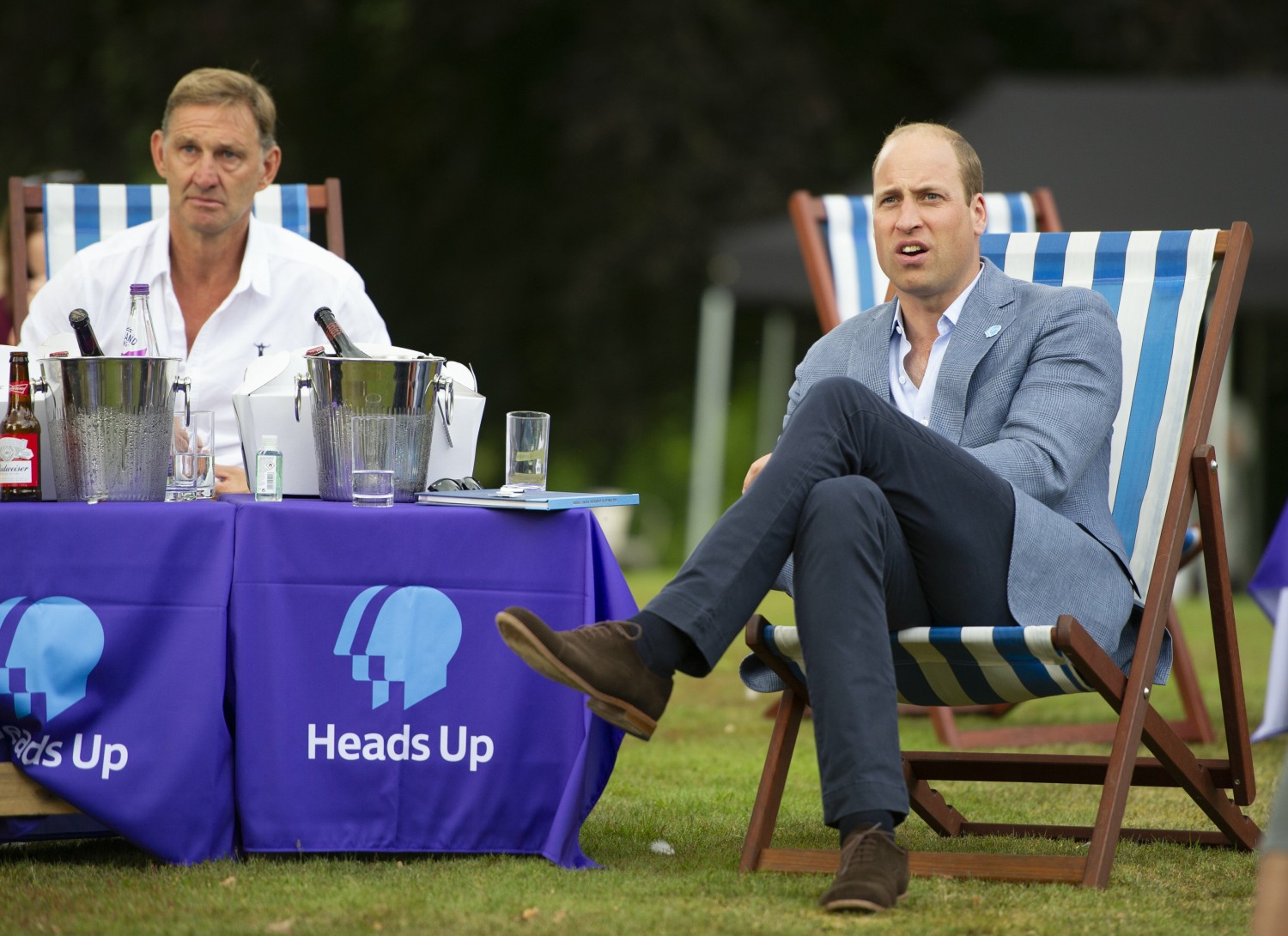 Here are some photos of Prince William at Sandringham on Saturday, where he “hosted” a viewing party for the FA Cup Final. William is president of the Football Association and he watched as Arsenal beat Chelsea (William is an Aston Villa fan). He hosted the viewing party because sports are slowly coming back, but few people can actually be in the stands because of the pandemic. Speaking of, there seemed to be about 25 people – mostly men, but a few women – at this viewing party. No one wore a mask and while they were not sitting in a tight group, I think the men failed at social distancing. They probably think that because it’s open air and they’re dudes, they don’t have to take the virus seriously. They are wrong.

Beyond William’s bloke cosplay, he had another reason for hosting the viewing party – it was all part of his “Heads Up” mental health campaign for men, a campaign which was (at best) rather vague. The Heads Up campaign mostly consisted of William saying “men can talk about mental health” with football stars and then making the football stars do the heavy lifting. Mostly I think the Heads Up campaign was just William furthering his pretend-bloke status, complete with racist, classist “jokes.” People Magazine says that before the match, William “met with his guests, listening to their mental health stories and the frontline workers’ experiences of life during the coronavirus pandemic.” I would be very curious to know how long that meet-and-greet lasted before William just sat down and paid attention to the match. My guess? Ten minutes, max.

The good thing is that the FA Final marked the “culmination” of the Heads Up campaign. Mental health is solved, people! There’s no more work to be done on mental health now that William can’t use “watching a football game” as an “event.” I wonder what hobby he’ll use for “mental health” next. Rose bush-trimming and mental health?

Congratulations @Arsenal on winning this year's #HeadsUpFACupFinal! The Duke, as President of the FA, was joined today by frontline workers, local fans and Heads Up supporters to watch the #HeadsUpFACupFinal. A final that marks the culmination for the #HeadsUp campaign, showcasing how the power of football can kickstart conversations on mental health. Thank you to everyone involved in #HeadsUp ⚽️