Katy Perry: ‘Being pregnant in a pandemic, it’s an emotional rollercoaster’ 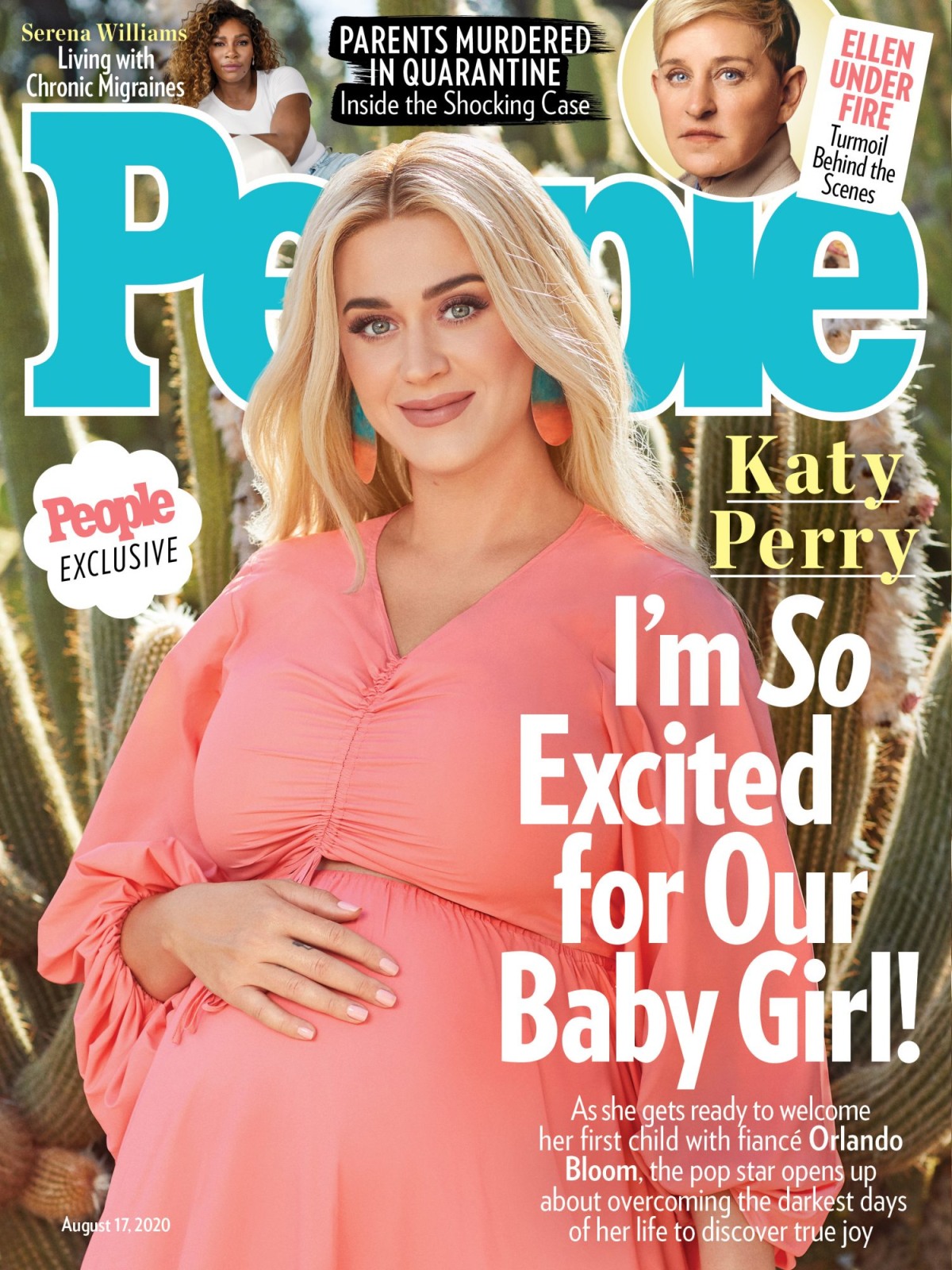 A commenter recently remarked that it feels like Katy Perry has been pregnant for two years. It’s true, and what’s especially crazy is that Katy only announced her pregnancy when she was pretty far along, well into her second trimester. She’s due any day now and for that, People Magazine gave her this week’s cover. I’ve gotten to the point where I don’t really mind Katy, and I thought she was a healthy example for many women for “doing the work on yourself” before bringing a kid into the picture. That’s what this cover story is about, the work Katy did on herself, the therapy she sought and the emotional healing she went through before she got knocked up.

Pushing back her wedding & album because of the pandemic: “Every day your options change, and you don’t know what’s what. Especially being pregnant in a pandemic, it’s an emotional rollercoaster.”

She feels well-equipped to handle life’s curveballs: “Having a great partner, having a sound mind, continuing to do the work, I’m not as flinchable,” says the star, who found relief from a deep depression over the last several years with a combination of medication, therapy and support from loved ones. “I’m not untouchable or invincible, but it’s a little bit more like water off a duck’s back.”

After 2017’s Witness failed to make much of an impact: “After being on a rocket ship and just going straight up, it was just a small change in the trajectory, but it felt seismic,” says Perry, who had also put her then-yearlong romance with Bloom on hold. “It’s been two-and-a-half years of trying to find my footing. It’s so easy for me to work, work, work and avoid, but I had to go on a mental and spiritual journey.” Her lowest moments felt like a “nightmare,” says Perry. “You feel like you’re being attacked, and you can’t wake up.”

The Hoffman Process: As she began taking “baby steps” and adopting tools to cope, the singer — who also underwent the Hoffman Process (a weeklong personal-development retreat that helps participants dig into negative behaviors conditioned from childhood) — she began to feel relief. “How could I have felt that so powerfully to the point where my body was seizing? We all have negative conversations going on in your head that can take the wheel. You have to take the wheel back, and I definitely did. It got me out of this desperate loop of being the best pop star ever. I just really want to be a human being and have the dimension of life,” says Perry, who’s embracing a future filled with “family and love and laughing and coziness.”

I kind of shrugged at the idea that her album Witness was some turning point in her career. It was a bad album, judging solely from the bad singles released. But even then, it wasn’t a complete disaster, and it was never a cultural punchline or anything. Mostly, people didn’t care and they thought the songs were bad, end of. Katy was just so used to churning out hit after hit, and so the lukewarm response triggered a huge crisis for her? Hm. Obviously, there was a lot of other stuff going on. Still, I appreciate that she did the work on herself. And I think she’ll love being a mom. My question is: do you think Katy and Orlando will make it to the baby’s first birthday? 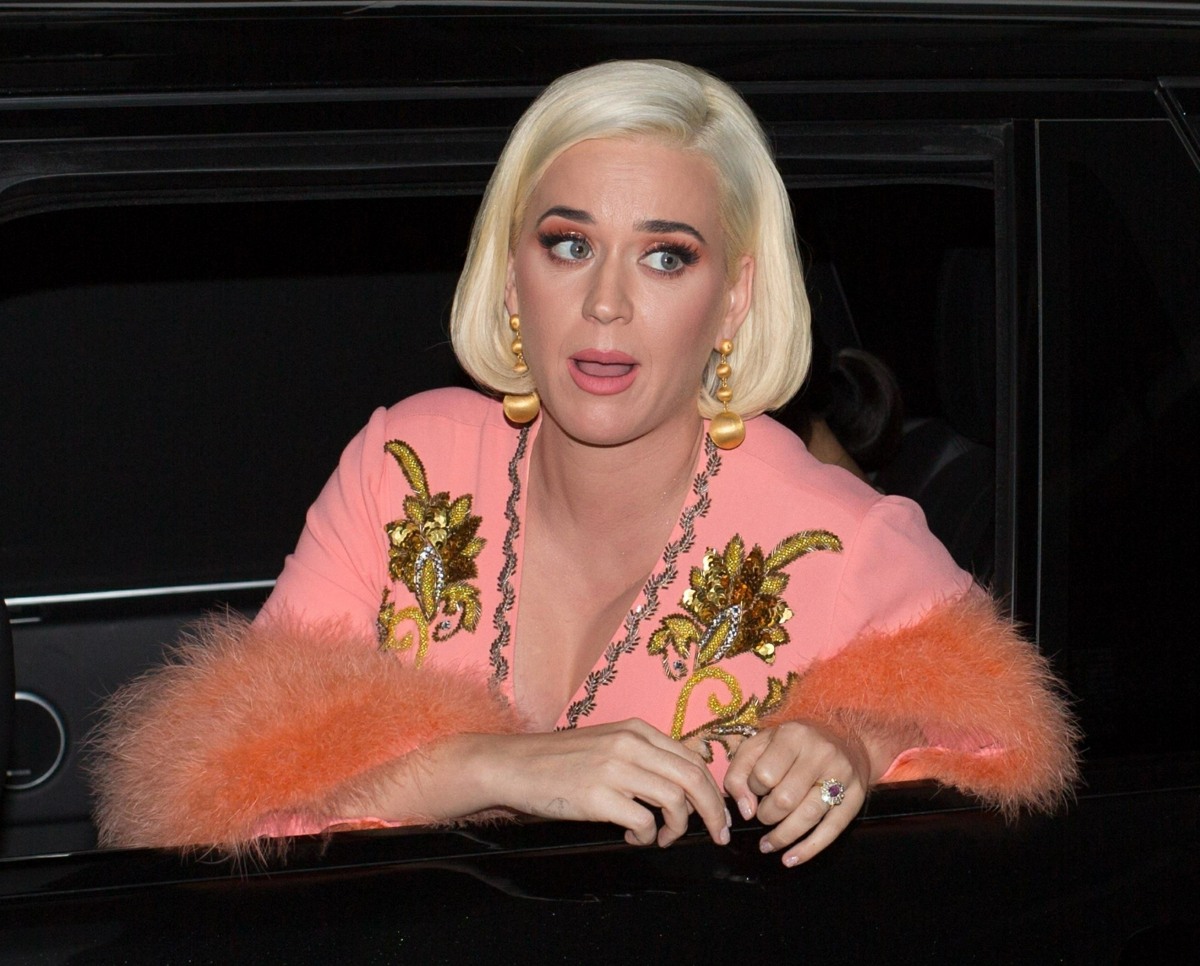 11 Responses to “Katy Perry: ‘Being pregnant in a pandemic, it’s an emotional rollercoaster’”