FF: The Middletons ‘harbored concerns’ that Meghan would overshadow Pippa 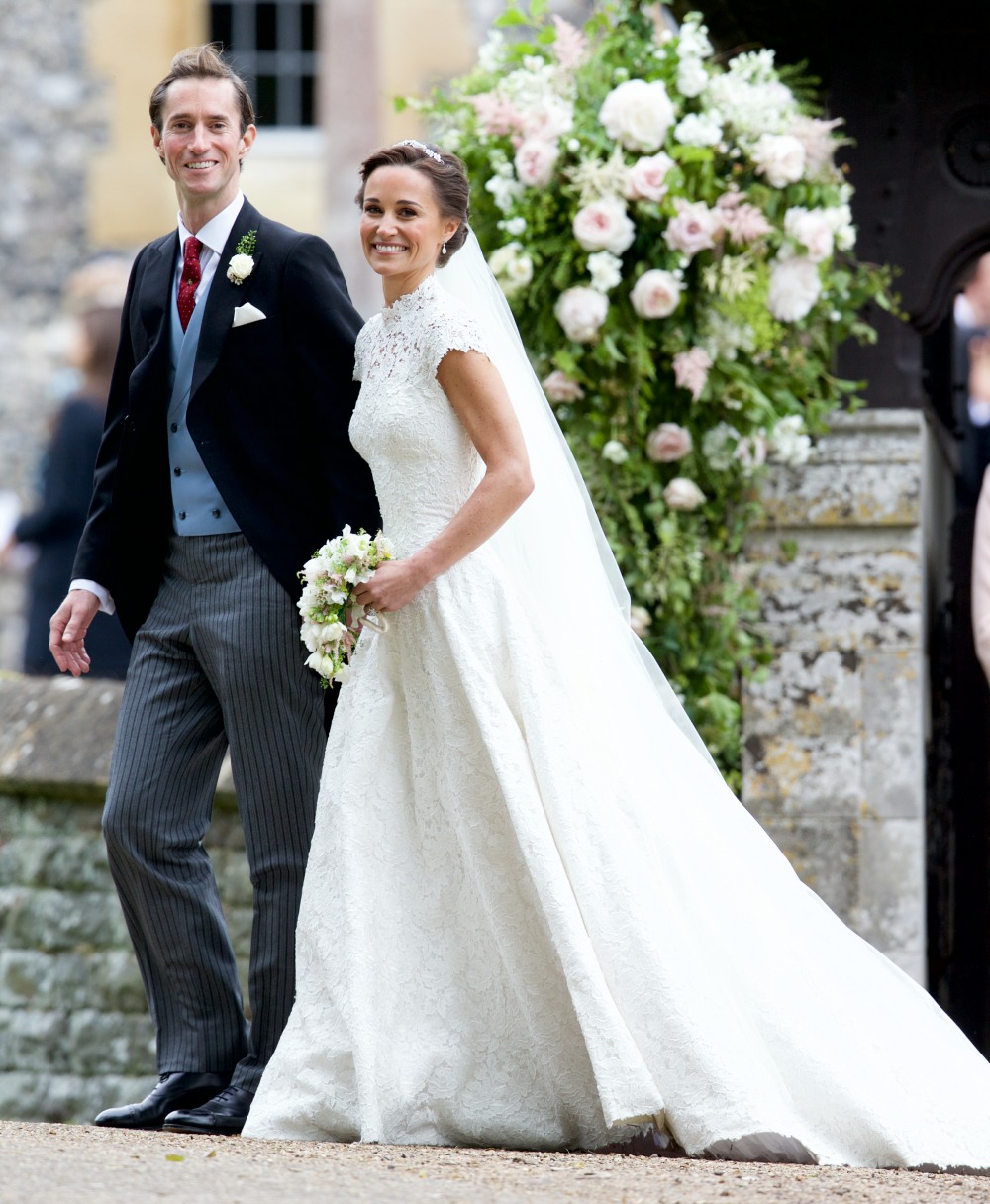 One of my favorite dumb dramas from the early days of Prince Harry and Meghan’s courtship and engagement was the stupidity around whether Meghan was invited to Pippa Middleton’s wedding to Terribly Moderately Wealthy James Matthews. Do you remember all of that? First of all, the press coverage around Pippa and TMW James was hysterical, and clearly written in Jane Austen-esque prose. Pippa was a simple local beauty from Bucklebury, and James Matthews was the dashing hedge-fund gentleman who was terribly rich. The villain of the fairy tale was Meghan, whose beauty rivaled fair Pippa and it was feared that Meghan’s presence might distract from the Middleton’s gaudy family show. As it turns out, Pips had good reason to fear being overshadowed, because Kate did her damnedest to pull focus on her sister’s wedding day. It was all really funny. But did you know that Meghan was prepared to attend Pippa’s wedding up until the day of??

The media frenzy that followed their every move made them somewhat of a reluctant addition to the guest list for Pippa Middleton’s vows on May 20, 2017. Both the bride and her mom, Carole, privately harbored concerns that the American actress’s presence alongside Harry might overshadow the main event.

Meghan put careful thought into her outfit, leaning heavily on Jessica [Mulroney] to pull together an ensemble that was stylish without being splashy when walking into the church with Harry. Her determination not to make a misstep at Pippa’s wedding was just one in many actions she took befitting a woman on track to becoming royalty.

Despite her best efforts, Meghan’s presence at Pippa’s wedding did pose a problem—but it had nothing to do with her clothes. The day of the nuptials, The Sun ran a cover story, “It’s Meghan v Pippa in the . . . Wedding of the Rears,” accompanied by a rearview paparazzi picture of Meghan in yoga pants leaving a central London yoga studio that week side by side with the infamous photo of Pippa from behind during Kate’s 2011 wedding ceremony.

Harry and Meghan agreed that she couldn’t possibly turn up at the church, only fifty meters away from a specially arranged media pen, after such a crass cover story. If they worried their arrival might create a media circus despite taking every precaution, now they had no doubt that it would. Meghan’s church outfit, and Philip Treacy hat, would have to be worn another time.

“Both the bride and her mom, Carole, privately harbored concerns that the American actress’s presence alongside Harry might overshadow the main event” – privately harbored, OH MY GOD. That was literally the conversation for months! The Middletons were so pressed that a glamorous American would steal focus from Precious Pippa and the Middletons absolutely sent stories out before the wedding, encouraging Meghan to avoid the wedding but still wanting Harry to come.

Anyway, Finding Freedom also says that Meghan and Harry did drive to Bucklebury together, and Harry “dropped Meghan off at the Airbnb a close friend and fellow wedding guest had rented before continuing on to the chapel.” Meghan then changed into her reception outfit, “a decidedly unflashy long black gown and did her own makeup.” A hairdresser had already done her hair that morning, when she was still considering attending the wedding. After the wedding, Harry returned to the Airbnb and he and Meghan had lunch together, then they went to the evening reception where Pippa made all couples sit separately. Meghan ended up seated at the same table as Mirka Federer, who was at the wedding with her husband Roger Federer. Harry and Meghan reunited on the dance floor but they largely had a quiet night and drove back to London at around 2 am. I’m absolutely positive that the Middletons consider Mirka and Meghan the same way: as women to be ignored and shunned so that their husbands can pay attention to Kate and Pippa. So f–king tacky. 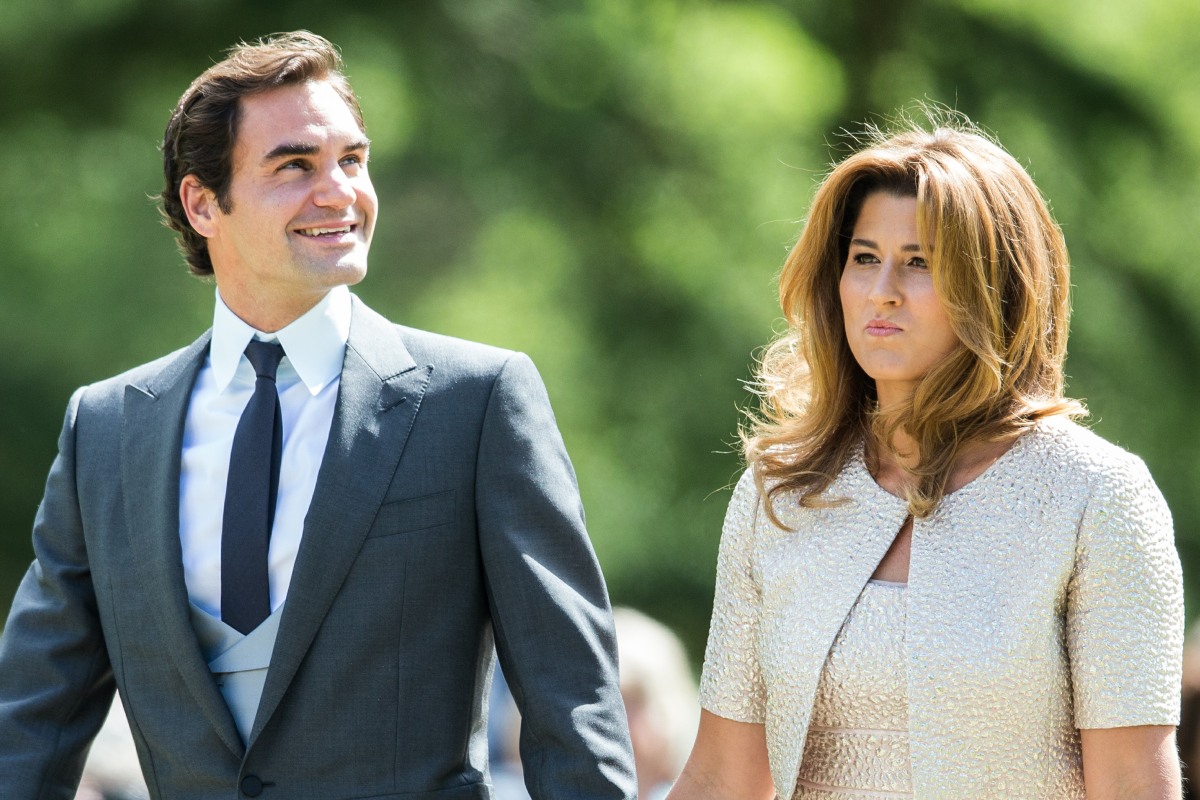 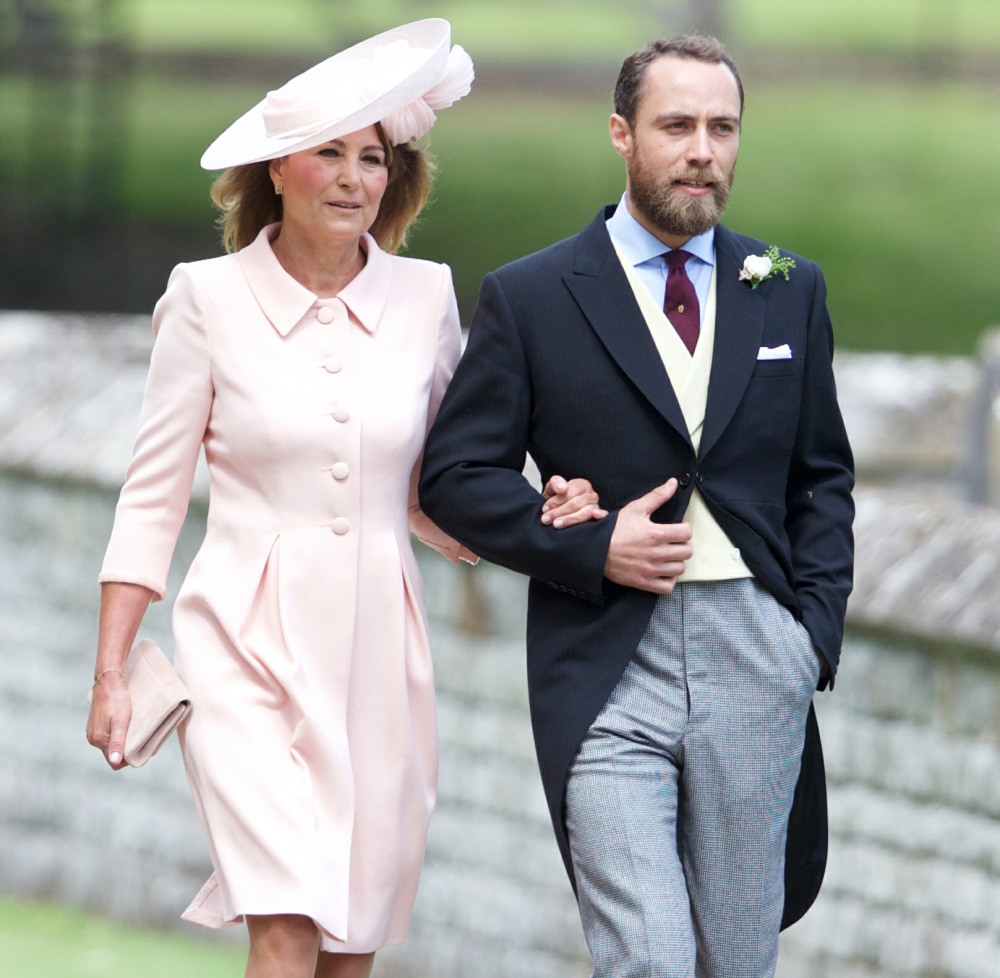 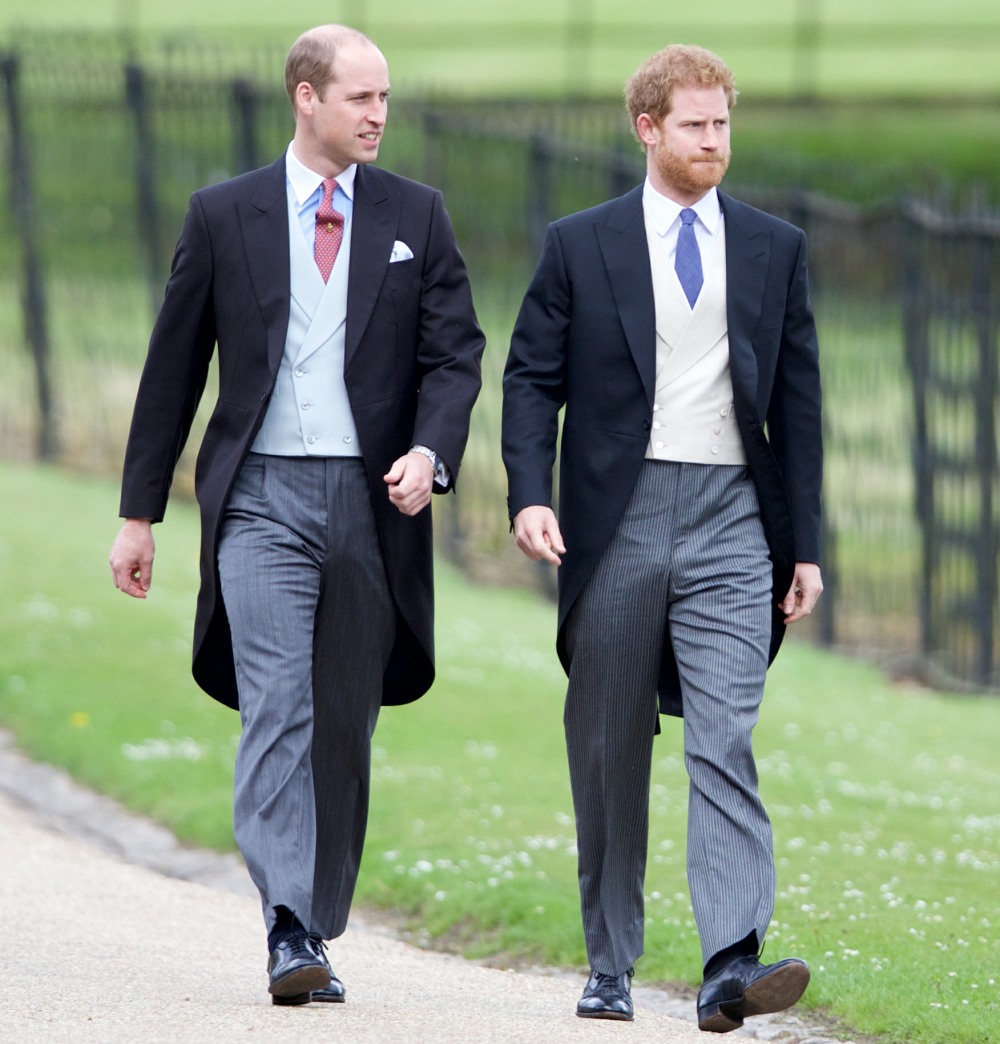 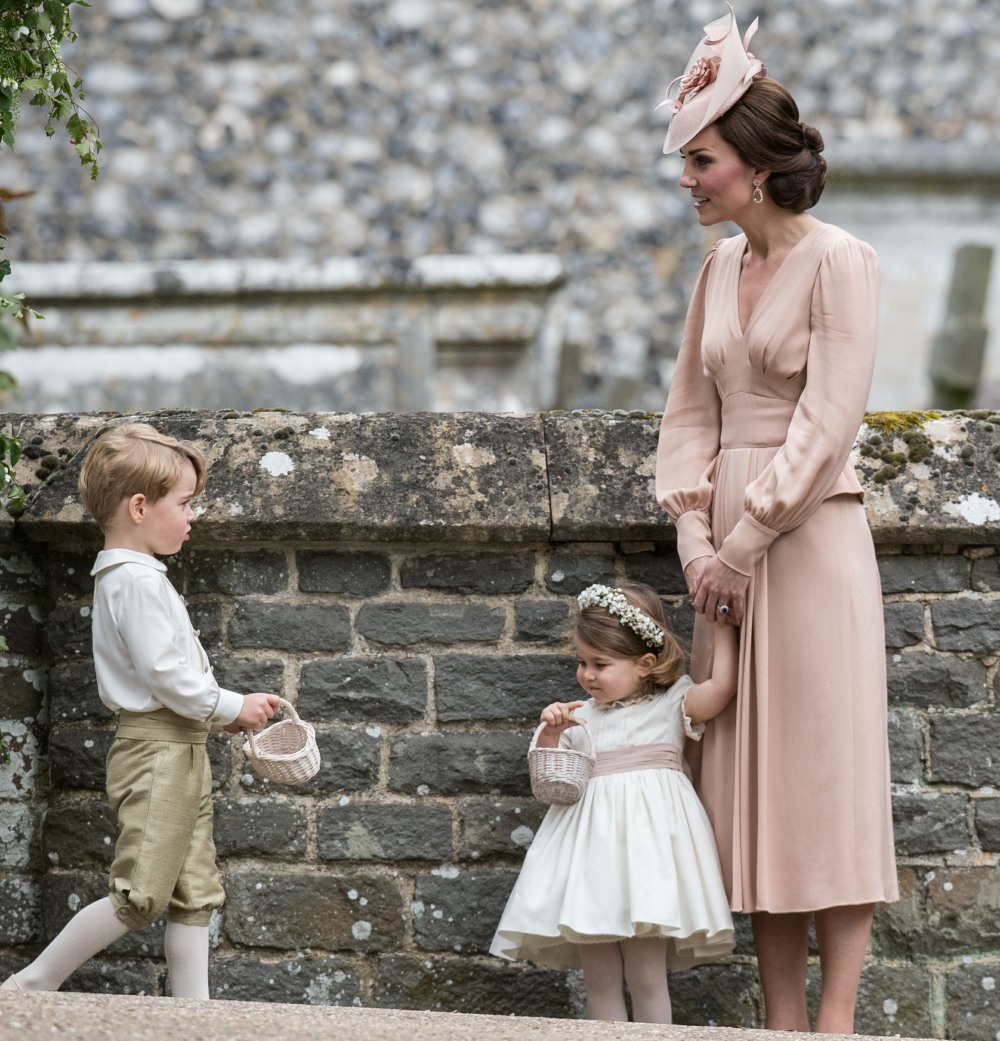 101 Responses to “FF: The Middletons ‘harbored concerns’ that Meghan would overshadow Pippa”