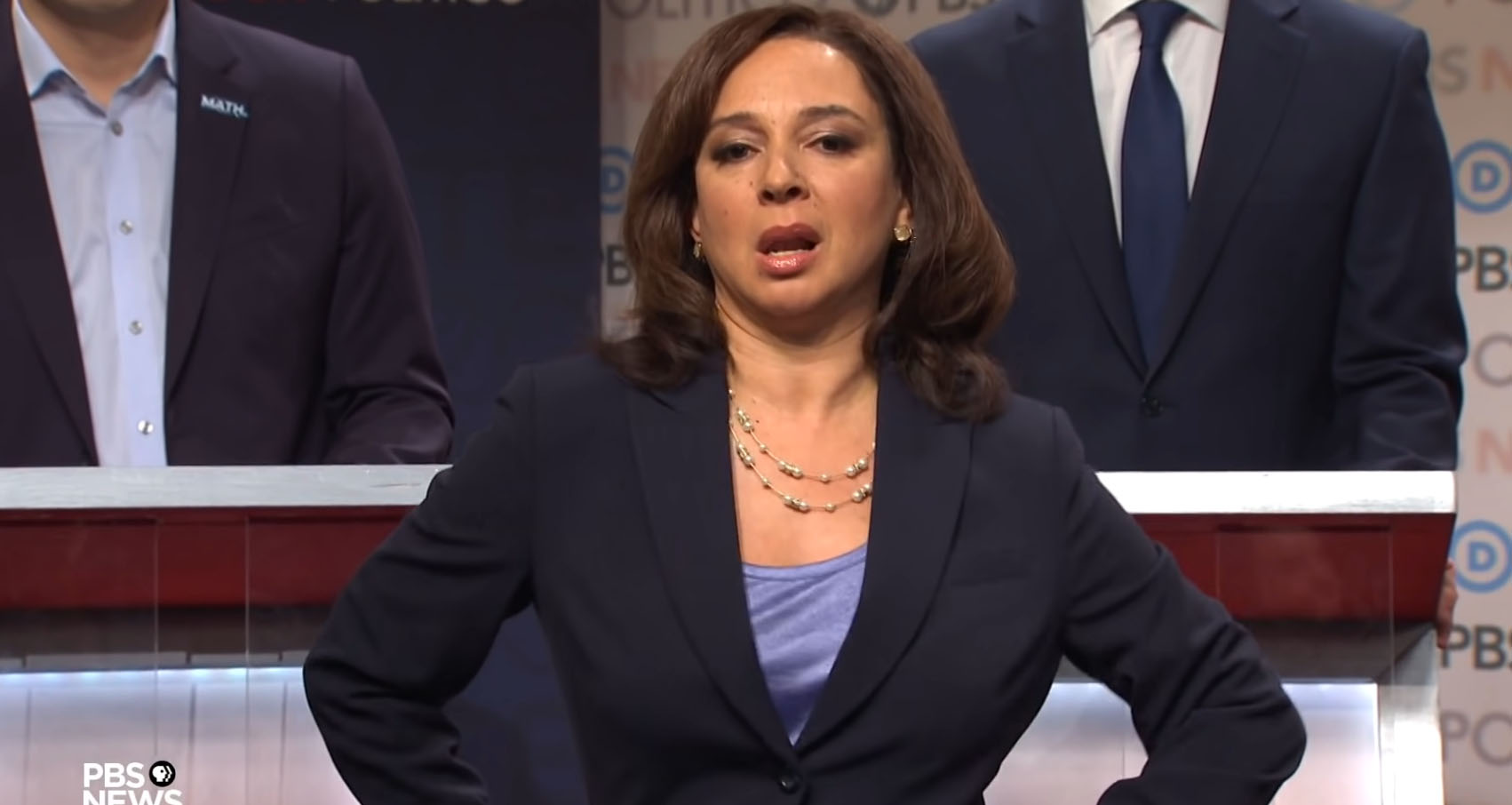 In case you have been living under a rock, Kamala Harris has been picked to be the VP on the democratic ticket with Joe Biden. Maya Rudolph, who hilariously spoofs Kamala Harris on SNL, found out the news during a Zoom call with Angela Basset, Wanda Sykes and Entertainment Weekly.

Maya’s depiction of Kamala was so good that she got nominated for an Emmy for the role. After several jokes from those on the call, EW asked Maya how she felt about the news and if she’d be back to play Kamala. Here’s what she had to say:

“Somebody’s gonna be very busy now,” Wanda Sykes teased, alluding to Rudolph’s return to SNL. “Ruh-roh,” Rudolph responded, before going on to address the likelihood that she’ll reprise her turn as Harris.

“I love going to the show. Any excuse I can get, I love. I just didn’t really anticipate traveling during a pandemic, but if there’s anyone that can work it out I’m sure Lorne [Michaels] has some sort of invisible helicopter that can get me there,” she joked.

Rudolph continued to express her shock and delight, especially the joy of being Emmy nominated for her work as Harris, saying, “I’m as surprised as you are, guys. That’s spicy.”

“I don’t know that I’m ready to go right this minute, but it’s so nice to have this nomination be associated with the show because it’s my true love.”

Oh sh*t is right and it would seem many people want Maya to come back to SNL as Kamala. My twitter feed has been filled with clips from Maya’s SNL skit and that wind machine and wink is pure gold. I genuinely enjoy watching Maya spoof Kamala. She eerily looks like her and now when I see Kamala I immediately think of Maya playing her. Hopefully, SNL will find a way to film more skits in a safe manner so that she can reprise the role. With the way things are currently going, I for one will need the laugh throughout the election season.

If you haven’t seen the skit in its entirety, you can watch it below.

This race just got a lot more interesting.pic.twitter.com/GyVIJOdFbl

Maya Rudolph arriving at NBC to renegotiate a contract with SNL pic.twitter.com/FosD5jBbTf